Cheesecakes by Alex is more than a bakery. Its decadent desserts have become somewhat of a local legend — and ones that sweet-toothed Winston-Salemites happily made the drive to Greensboro for. Now, fans will be pleasantly surprised to find out they can get a taste of Alex Amoroso’s creamy cheesecakes right in their own downtown.

The new Cheesecakes by Alex Winston-Salem location began construction in January 2020 and opened softly in September that same year. But COVID-19 restrictions meant lower foot traffic and seating restrictions, so owners Alex and Vera Amoroso decided to wait on the announcement — until now.

“We were already knee-deep in construction when the pandemic hit, but we kept going and opened the shop quietly in September,” said owner Alex Amoroso. “It’s great to see the number of people come in, happy to see that we’ve officially opened in Winston-Salem.”

The new shop is located at 625 N. Trade St. in the Downtown Arts District.

Just as Alex didn’t stop the pursuit of cheesecake perfection when it came to his recipes, his search for the perfect second location was years in the making.

“We had so many people driving from Winston to Greensboro, we knew we always wanted to open a shop there. We just couldn’t find the right location,” Amoroso said. “Finally, my wife and I came across a former collaborative art studio that was closing in a revitalized area of the Arts District. It was just what we had waited for.”

The newly renovated 3,300-square-foot historic building provides plenty of retail space for Amoroso to display and sell his 24 flavors of cheesecake, including both sugar-free and gluten-free varieties, along with pastries, croissants, danishes, biscotti, brownies and more — many baked by Alex’s son Timothy — as well as a full line of espresso drinks. Visitors can watch through a window as bakers prepare and ice cakes in the back.

Local history influences the shop’s aesthetic. A large 35-by-11-foot mural was recently commissioned to commemorate the people, places and events that have left their mark on Winston-Salem. Also, as a nod to the history of the area, the Tobacco Road logo will be restored on the building’s newly refinished awnings.

“It’s a great scenic, walkable area to come hang out for the afternoon, grab a bite and go to the nearby art stores and breweries,” said Amoroso of Winston-Salem’s Arts District.

“One of our most popular St. Patrick’s Day items is the Car Bomb Cupcake,” said Amoroso. “It’s a chocolate cupcake with a chocolate ganache, whiskey filling with an Irish cream cheese icing on top.”

Going for something green?

Cheesecakes by Alex opens at 10 a.m. daily, although with the return of traffic and commuters to the city, Amoroso expects to open at 7:30 a.m. soon. The shop is currently closed on Mondays with plans to open daily later this year. 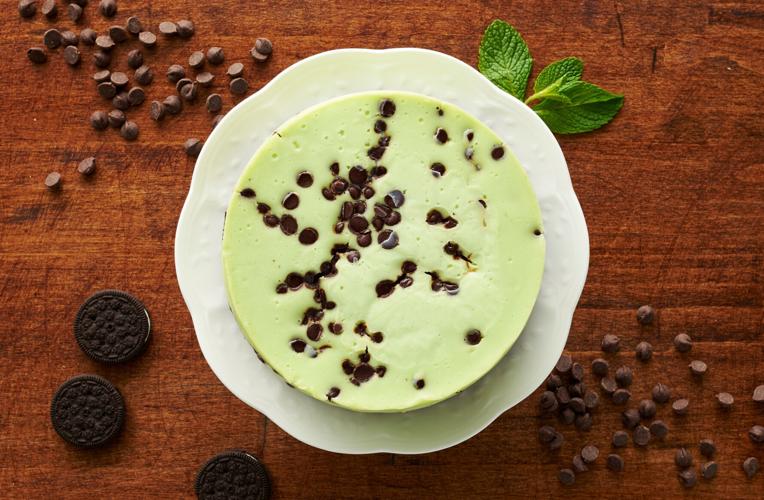 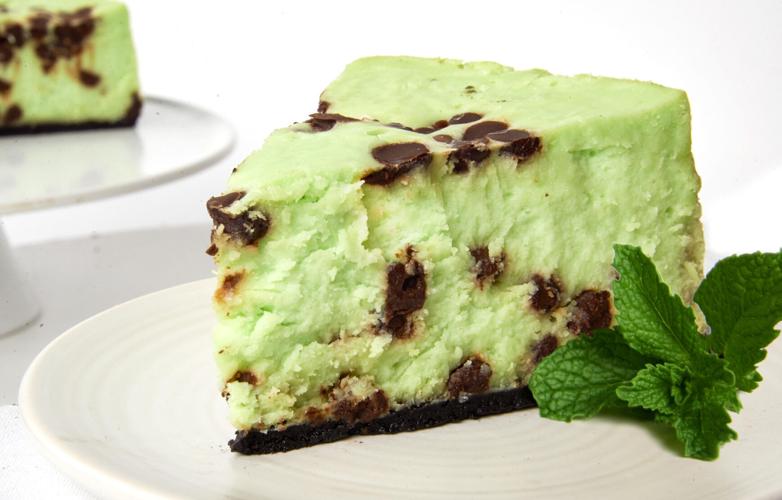