With a heady combination of cinnamon, nutmeg, ginger, allspice and clove, pumpkin spice has firmly established itself as the defining flavor of fall.

“It’s really become synonymous with the season,” says Alex Amoroso, owner of Cheesecakes by Alex. “In recent years, it has been brought to the forefront with pumpkin spice lattes. Before that, we didn’t think about pumpkin too much until it got closer to Thanksgiving.”

Like sweet potato, pumpkin can be somewhat polarizing, but Amoroso says that adding in spices can elevate the food to a whole new flavor profile.

“The cinnamon and the nutmeg and the hint of clove just create a warm, fuzzy feeling that goes perfectly with the cooler weather of fall,” he explains.

Both Cheesecakes by Alex locations bake up several seasonal pumpkin items to celebrate autumn. Customers can also find their favorite pumpkin muffins and pumpkin cheesecakes on the menu all year long.

“We make a pumpkin pecan muffin and a pumpkin chocolate chip muffin that do very well for us year-round,” he says. “In the fall, we do a pumpkin cupcake that is awesome. And at the Winston-Salem store, we have a pumpkin sticky bun with pumpkin filling, cinnamon and clove, and cream cheese icing on top.”

Other popular flavors through the fall and winter include chocolate, espresso, cinnamon, white chocolate raspberry, crème brulee and mint chocolate chip. When it comes to the pumpkin, he admits his personal taste leans heavy on the spice.

“I think our muffins have a little more flavor than others’,” he adds. “We use a brown sugar topping so they get a nice crisp top.”

Amoroso and his staff rely on canned pumpkin to create the puree they use for their products at the bakery, but he says he’ll roast a pumpkin or two to make pies at home.

“It’s a labor-intensive process,” he says. “You quarter them, scoop out the seeds and roast them until fork-tender. After that, you have to scrape out the flesh to make your pie. For that purpose, you want to use a smaller, meatier pumpkin specifically grown for baking, not the traditional orange pumpkins you use for carving jack-o’-lanterns.”

If you’re carving pumpkins at home, he advises washing and drying the seeds thoroughly, then roasting them with a drizzle of olive oil and a generous sprinkling of kosher salt to create a healthy seasonal snack.

To accompany an order of pumpkin muffins at the café, he recommends keeping beverage pairings simple.

“I like them with a nice cold glass of milk,” he says. “A single-origin coffee is good, with a lighter roast so it doesn’t overpower the flavor of the pumpkin. Or you can really go for it by doubling up with a pumpkin spice or chai latte.”

When asked if he’d be willing to share his pumpkin muffin recipe, Alex was quick to answer: “No — that’s a secret!”

With locations in Winston-Salem and Greensboro, Cheesecakes by Alex is celebrating its 20th anniversary in 2022. For hours, products and other information, visit cheesecakesbyalex.com. 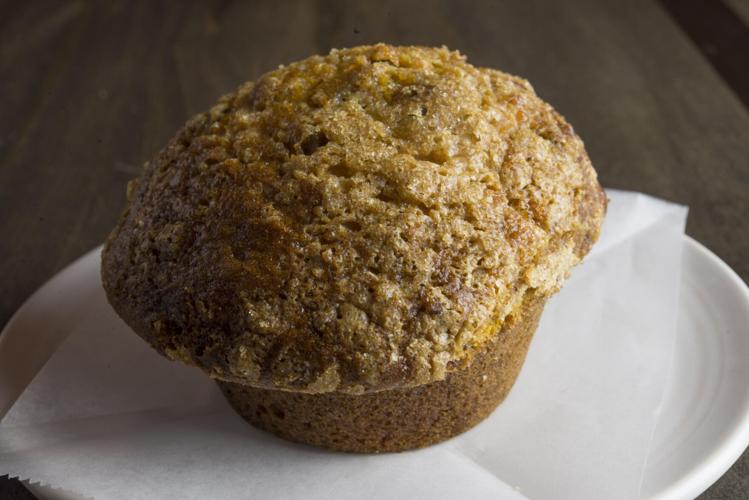 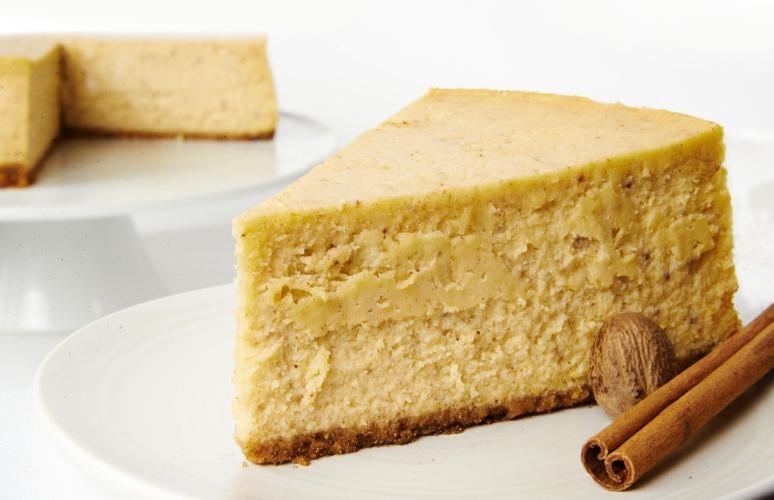 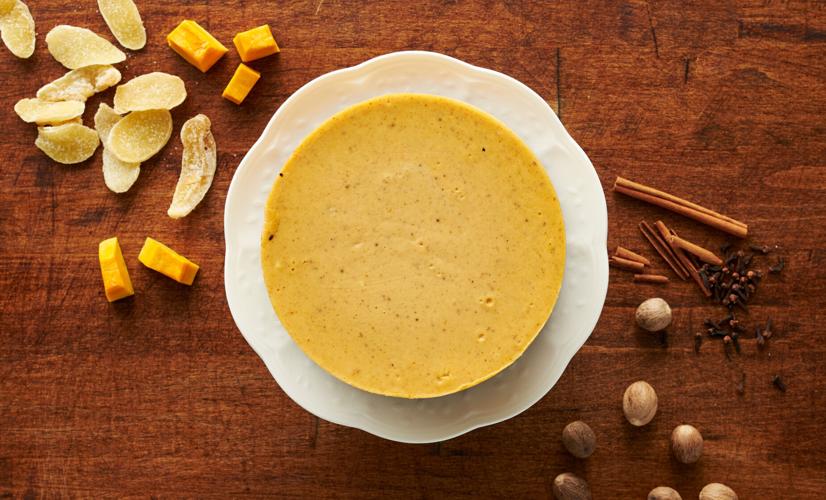