The North Carolina Bankers Association has announced its board of directors for the 2022-2023 term. Leading its new board, effective following the NCBA’s 126th annual convention held June 12-15, will be incoming chairwoman Mary Willis, president and CEO of Fidelity Bank in Fuquay-Varina. Jim Hansen, regional president at PNC Bank, will serve as vice chairman.

Additionally, incoming board members include the following:

Pinnacle Financial Partners earned the No. 7 spot on the list of Best Workplaces for Millennials from Fortune magazine and Great Place to Work. To see the list, visit tinyurl.com/79t2kk6b.

Diversity MBA Magazine has released the 16th annual list of 50 Out Front: Best Places to Work for Women and Diverse Managers ranking and has named Atrium Health as the No. 1 company for 2022. Blue Cross Blue Shield, Michigan is No. 2, and L’Oréal USA earned the No. 3 spot.

Companies are ranked using Diversity MBA’s benchmarking metrics, which measure how companies and organizations intentionally invest in strategies and practices to advance women and managers of diverse backgrounds.

The UNC School of the Arts Board of Trustees has elected a new slate of officers for 2022-23, including the first alumnus to chair the board in the school’s history.

Land succeeds Ralph Hanes Womble, who had served as chairman since 2018.

Joining the board of trustees this fall as a voting, ex officio member is rising fourth-year student Kayli Kimerer, who was elected student body president in March. Kimerer succeeds Jenna Cusack, who graduated in May.

The leaders of all six local higher education institutions will join the nonprofit for a panel discussion, speaking together for the first time, at the luncheon.

Eric Hiegl, director of land protection and stewardship, Blue Ridge Conservancy, Boone, has been named the Land Conservationist of the Year.

Hiegl was instrumental in protecting Grandfather Mountain, Elk Knob, Three Top Mountain and Pond Mountain — and dozens of tracts along the Blue Ridge Parkway — through land acquisitions and easements.

His seven-year pursuit and purchase of Paddy Mountain was filled with twists and turns but ended in conserving 152 acres. Hiegl also played a pivotal role in creating the Middle Fork Greenway, a multi-use trail that connects Boone and Blowing Rock.

The federation will honor the 19 award recipients at a banquet Sept. 10 in Cary.

RSVP and reserve seats at tinyurl.com/2vmuepph. The early bird price is $75 through Aug. 1.

A Georgia retail company has paid $4.65 million to purchase three properties in Spring Valley shopping center in Greensboro, according to a Gu…

The Winston-Salem property with Lollipop Stop Child Development Center as the tenant has been sold for $950,000, according to a Forsyth County…

Nearly 50% of Winston-Salem-area homeowners are in the equity-rich category during the second quarter, which signifies owning at least half of…

Sturm, Ruger & Co. continued to deal in the second quarter with the flip side of having record firearms purchases in 2020 and 2021.

DME Racing, a motorsports parts manufacturer, announced plans Friday to move its operations from Winston-Salem to Mocksville between mid-2023 …

The use of healthcare apprenticeships has mushroomed in recent years, along with the contracting of travel nurses, to deal with a chronic shor…

Joyce Farms, a family owned meat and poultry-processing manufacturer based in Clemmons, announced Tuesday that Ron Joyce is stepping down as p…

The Hilltop House Apartments complex in downtown Winston-Salem has been bought for the second time in three years, this time for $26.5 million…

Major credit card mistakes to avoid when times are tough 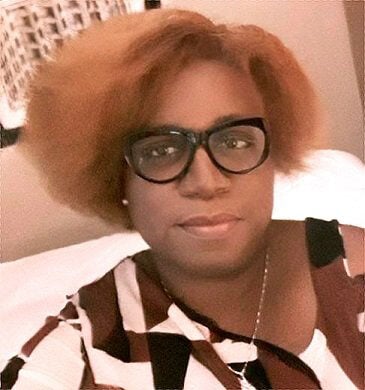