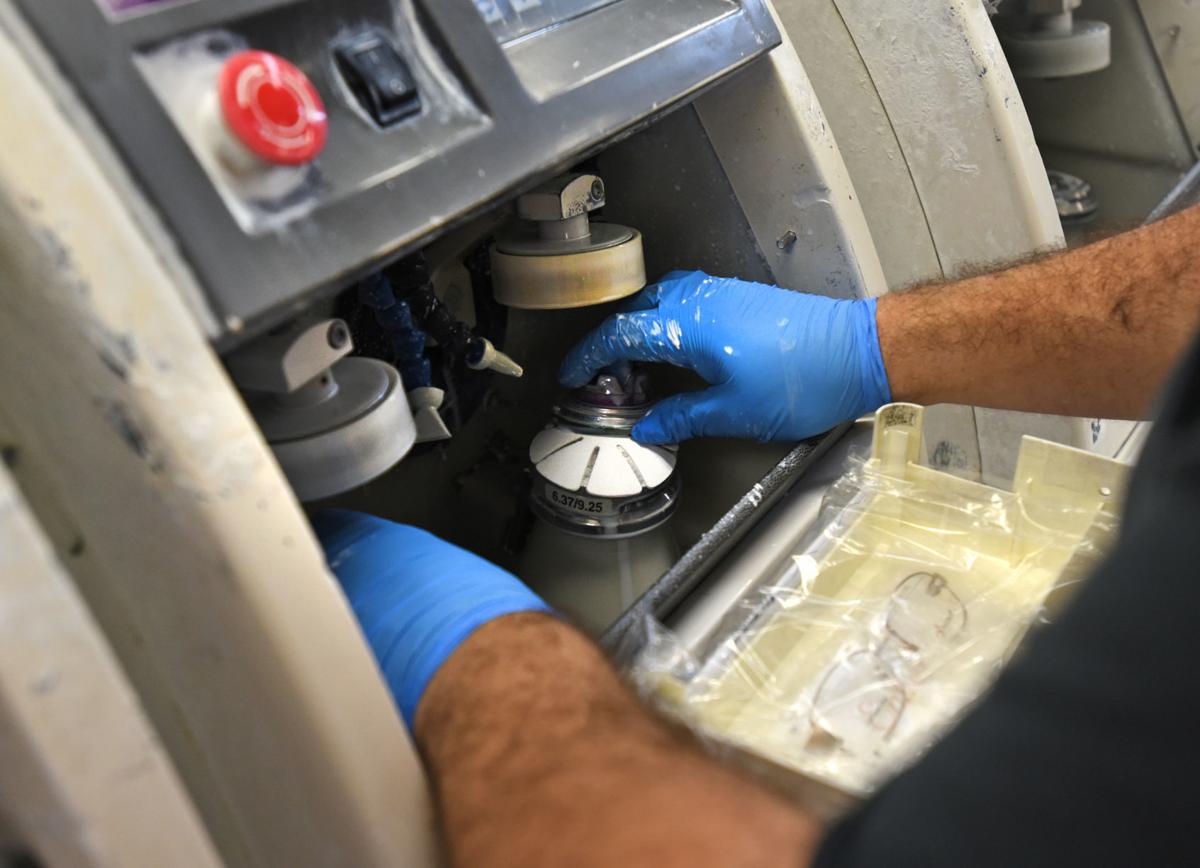 A worker processes lenses after polishing in the optical department at IFB Solutions. Although IFB’s three manufacturing facilities are considered as an essential business, it has not been able to run at full capacity because of the pandemic. 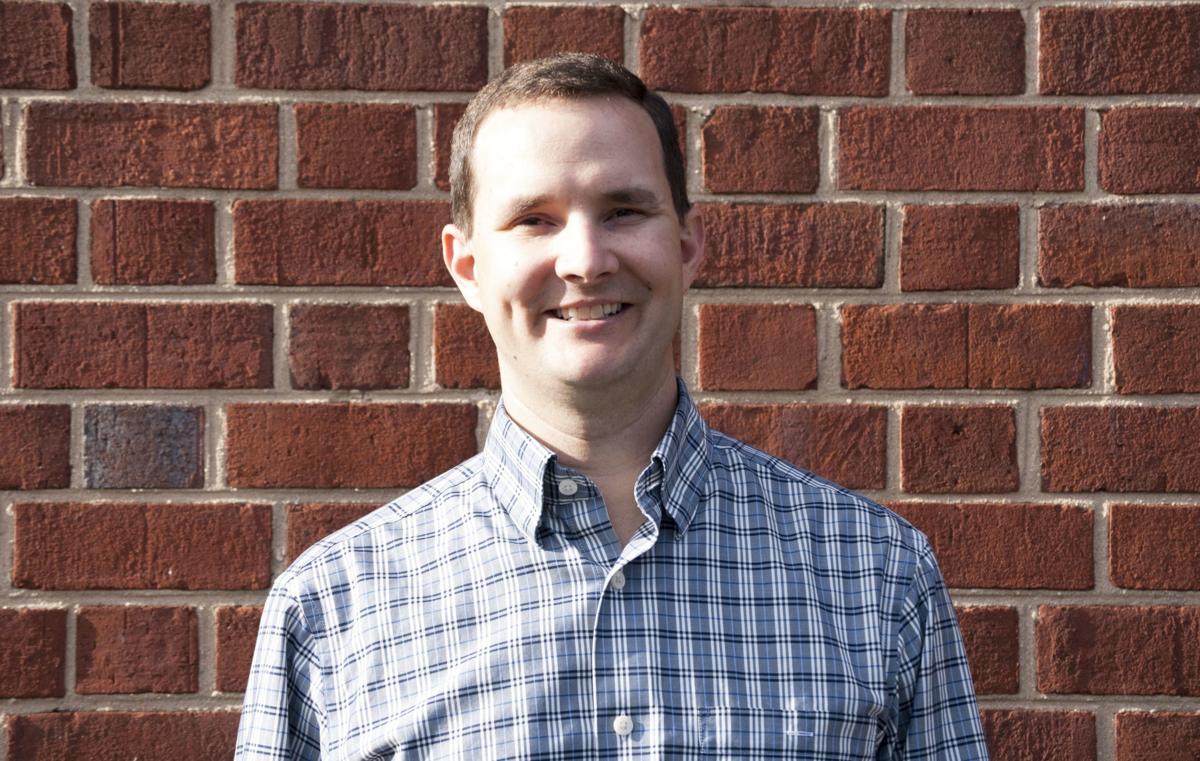 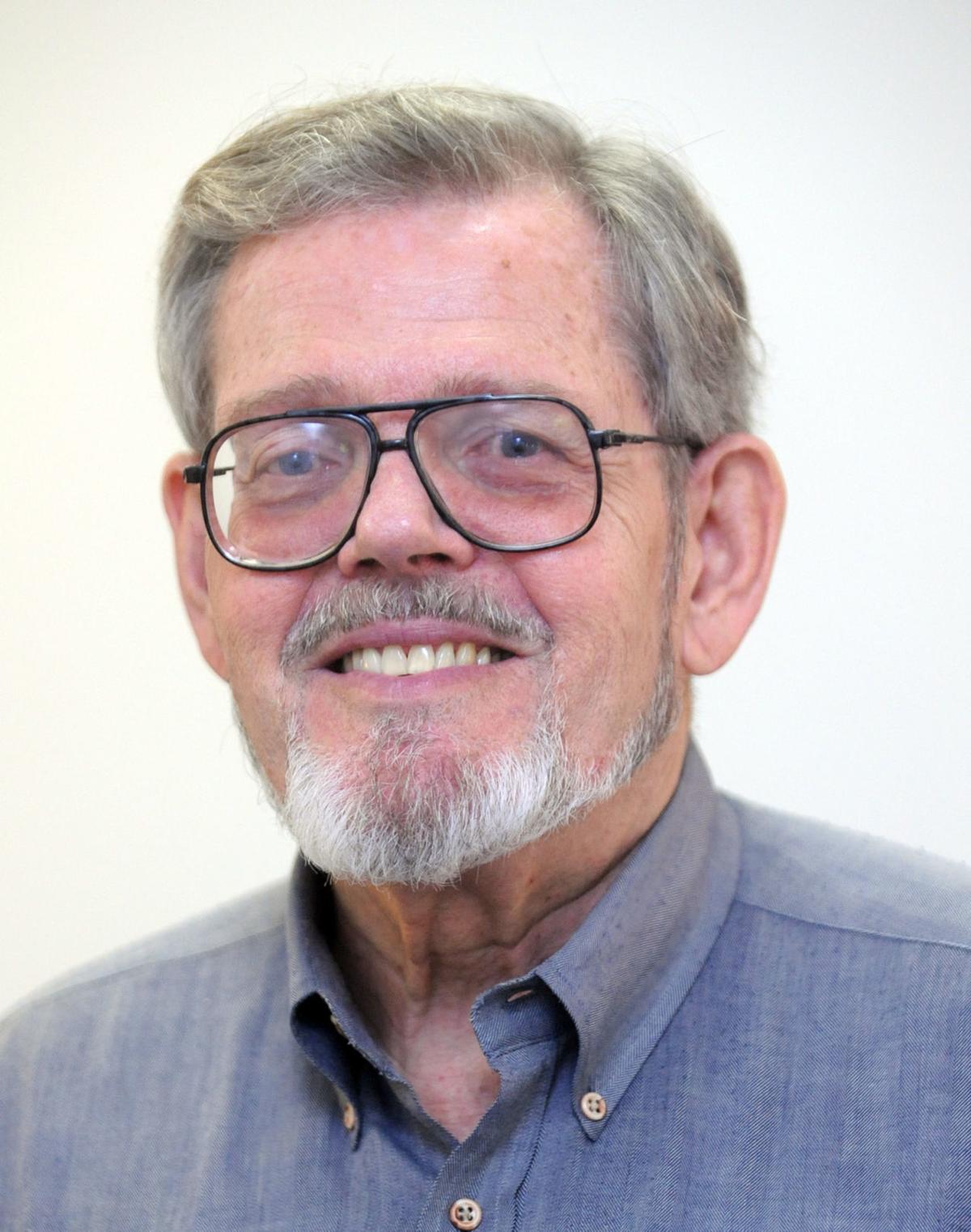 Pine Hall Brick Co. has learned how to detect and survive financial challenges in its 98-year history.

The family-owned Winston-Salem company weathered the Great Depression, put its brick-making operations on hold for most of World War II, and expanded its reach in the Southeast during the recessions of 2001-03 and 2008-11.

Yet, the COVID-19 pandemic has become perhaps Pine Hall’s hurdle.

It has threatened to upend the bulk of its commercial, higher-education and residential business, and compel major layoffs and furloughs from its work force of more than 300 people.

Pine Hall’s plight is shared by most small businesses in the Triad and Northwest North Carolina, including those considered as an essential business, like Pine Hall.

The federal Paycheck Protection Program didn’t necessarily represent a lifeline for Pine Hall, as it did for many businesses.

Rather, the loan of between $2 million and $5 million served more to stabilize Pine Hall and give it time to redirect toward other revenue sources, said Walt Steele, its chief operating officer.

“We recognized pretty early it could be pretty bad if things began to be shut down” to contain the coronavirus, Steele said.

“We were looking in early March at furloughing a pretty significant portion of the workforce or a reduction in force, plus we discussed salary reductions for key managers,” he said.

“Still, the hope was a short-term shutdown, perhaps a few weeks, and we were considered as an essential business.”

However, by the time the PPP program became a reality in early April, Pine Hall recognized how devastating the pandemic could be, Steele said.

“It was becoming pretty bleak,” he said. “While we had some ongoing projects; you couldn’t go out and do customer visits. There weren’t many new homes being started in April and May.

“There was a concern that everybody is going to have to fend for themselves and perhaps take some pretty drastic measures.”

Steele said that even though Pine Hall “was aggressive about pursuing its PPP loan,” it took weeks and a change in lender to secure funding.

The loan with Pinnacle Financial Partners Inc. came in time for Pine Hall to retain most hourly employees and bring back a small number of salaried employees who had been furloughed.

“We have honored what we believe is the spirit of the program, to keep employees on our payroll even when we didn’t have a lot of productive work for them to do at times,” Steele said.

“It allowed us to take a deep breath, that we have the time and capital to digest the way the brick market is headed while keeping our employees safe and healthy.”

Steele said that by the time the eight weeks ended, business had started to pick up in June.

“There’s still a lot of uncertainty, we’re still waiting on guidance for loan forgiveness, still a lot of projects on hold that will affect us more in 2021 and the longer term,” he said.

The Budd Group of Winston-Salem applied and received a PPP loan worth between $5 million and $10 million.

It is one of five Forsyth County businesses in the top loan category. It was approved in the second round of loans.

“The PPP loan was critical,” said Joe Budd, the president of the janitorial, maintenance and landscaping services company. The company said in its application that it was protecting the maximum of 500 jobs.

“All of our business metrics changed in March when the economy began shutting down,” Budd said. “We lost a significant amount of business immediately, and we’re still feeling that impact today.

“The PPP loan allowed The Budd Group to retain our essential frontline employees, who are engaged in the fight against COVID-19.”

Budd said the company was able to free up money to invest in new equipment, including four hospital-grade UV light disinfection machines.

“They are expensive, but will be an essential tool in the ongoing fight against the COVID-19 pandemic,” Budd said. “Our supply chain has been stressed with increasing costs.

“Disinfection services are a significant part of our daily work now.”

Budd said the pandemic has required the company to “pivot our business. You really have to reimagine what you do and how you serve your clients, almost on a daily basis.”

“It could take several years for the economy to fully recover.”

The parent operator of Greensboro Day School received a PPP loan worth $1.9 million.

“The PPP loan made it possible for us to maintain full employment” of 150, said Tracie Catlett, GDS’ head of school.” In that sense, it was a lifeline for our employees and their families.

“GDS is making significant infrastructure investments, such as Swivl Technology, to support all families who choose to stay home or who need to self-quarantine,” Catlett said.

“The school will leverage this technology beyond the GDS student body and has opened up enrollment to students in the United States and internationally,” Catlett said.

“GDS is also investing in Global Plasma solutions, a technology used by airlines and hospitals to better manage the air quality.”

A Winston-Salem nonprofit trying to swim through choppy economic and organizational issues is IFB Solutions, the nation’s largest employer of those who are blind or visually impaired.

Although IFB’s three manufacturing facilities are considered as an essential business, it has not been able to run at full capacity because of the pandemic. It makes prescription eyeglasses, textile fabrics (including face masks and military tactical gear), mattresses, office supplies, contract cutting and fulfillment services.

IFB said in a statement the PPP loan “is enabling us to keep paying our dedicated and courageous workforce who are manufacturing essential products.”

“We were able to focus our philanthropic efforts on critical supporting programs, such as employee training. With proper training, employees in departments that temporarily closed were able to move to departments, like mattresses and textiles.”

During 2019, IFB lost 90 of 137 employees attached to its optical laboratories when the U.S. Department of Veterans Affairs ended three prescription eyewear contracts as part of a dispute of which of two groups should have production priority. Of the overall jobs, 76 were held by IFB employees who are blind and 15 by veterans.

U.S. House Resolution 4920 was introduced in November with U.S. Rep. Virginia Foxx, R-5th, as a co-sponsor. The bill would reinstate two of the three IFB optical contracts by creating an exception in the VA contracting process.

The bill was approved by the House in December and by the U.S. Senate on March 12. Because the Senate added an amendment, the House must approve the change or not agree to set up a concurrence committee; no action has been taken as of Friday.

“We had hoped to regain some of our optical work through commercial and retail sales, but many optical shops were closed until very recently, including our own Twenty200 Eyewear optical shop here in Winston-Salem,” the nonprofit said.

The nonprofit Shepherd’s Center of Greater Winston-Salem Inc. received in late April a PPP loan worth between $350,000 and $1 million. Among its goals was the retention of its 12 employees.

Sam Matthews, the nonprofit’s executive director, said its loan was proportionally as valuable as those providing millions of dollars.

“It helped us retain our staff by covering payroll costs in May and June, as well as assisted with approved administrative expenses, such as telephone, internet and utility costs,” Matthews said. “We plan to use all of our loan and request forgiveness by September.”

Without the loan, Matthews said the nonprofit would have had to draw on its financial reserves or a line of credit.

“We felt we could not continue serving the community without our staff and operations,” Matthews said.

“Since we had to postpone, and then cancel, our spring annual fundraising event and the loss of that income, the loan was very significant for us to keep operating without interruption.”

Salem Academy and College still was recovering from significant financial challenges when the brunt of the pandemic began to be experienced in the Triad.

The Winston-Salem private college for women and high school for girls had completed a $10 million fundraising campaign that helped resolve several financial issues that led Salem’s accrediting agency to put the school on probation for 18 months.

The Southern Association of Colleges and Schools Commission on Colleges removed Salem from probationary status in December and deemed the college to be in full compliance with its financial standards.

“Salem is grateful for the substantial help the PPP provided us,” said Susan Henking, the institution’s interim president.

“It helped ensure that we were able to maintain our workforce during the difficult months of May and June.

“In the face of economic uncertainty, the PPP enabled us to keep student success at the forefront of our mission.”

Salem received a PPP loan of between $2 million and $5 million.

When Congress approved the initial $349 billion in the Paycheck Protection Program in April, it allowed small businesses of up to 500 employees to apply for low-interest loans for up to 2½ times their average monthly payroll.

The loans will be fully or partially forgiven after eight weeks if businesses show that between 60% and 75% of the funds were used to retain or rehire employees, and the rest to pay operational expenses.

Loan payments are deferred for six months, but loan origination fees are required to be paid.

There remains $131.91 billion in PPP loans available for the third round that began July 6 and ends Aug. 8.

A worker processes lenses after polishing in the optical department at IFB Solutions. Although IFB’s three manufacturing facilities are considered as an essential business, it has not been able to run at full capacity because of the pandemic. 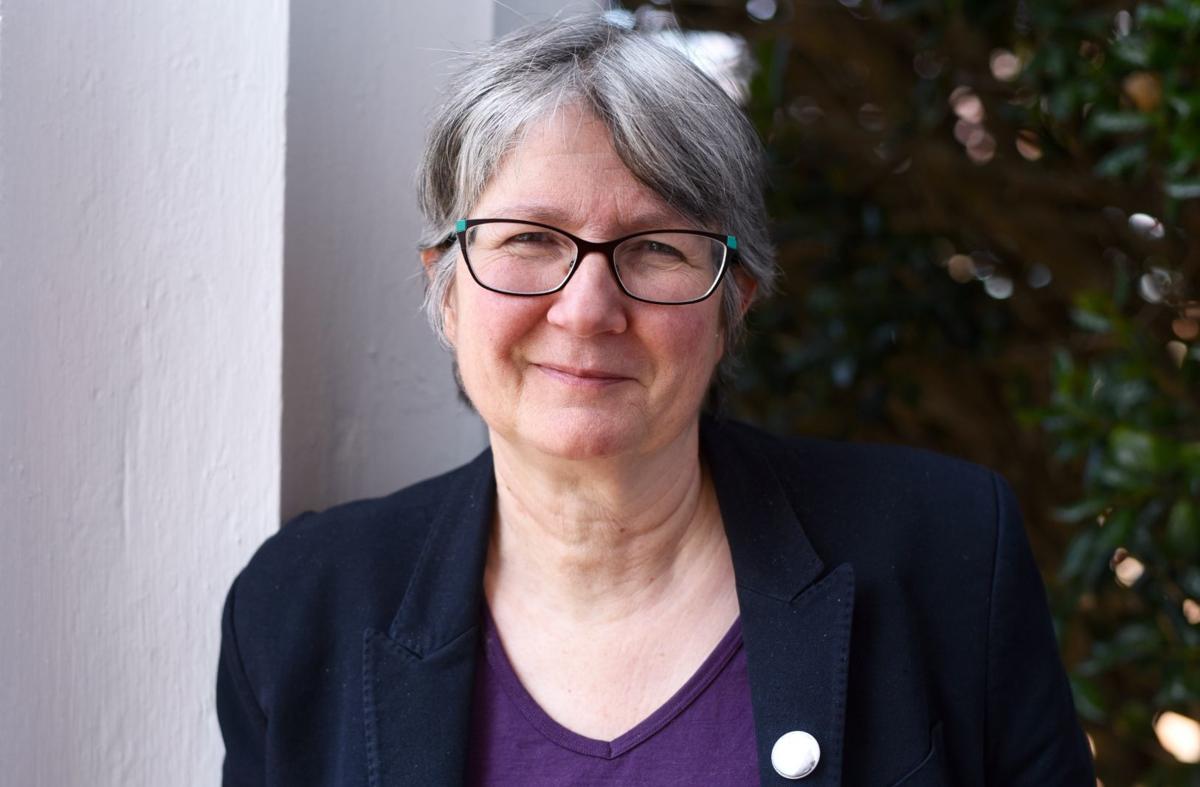