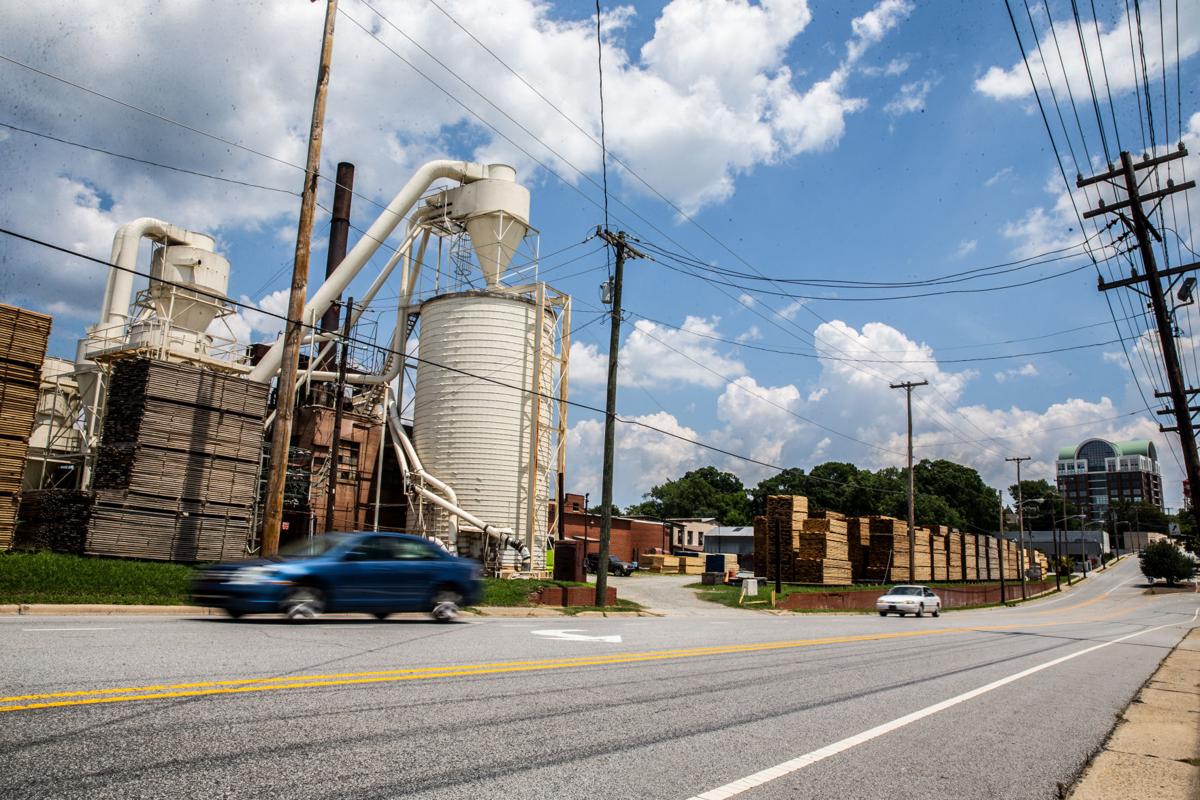 Just west of the bright green field at Truist Point baseball stadium in High Point is an industrial brownfield that was once home to a lumberyard. 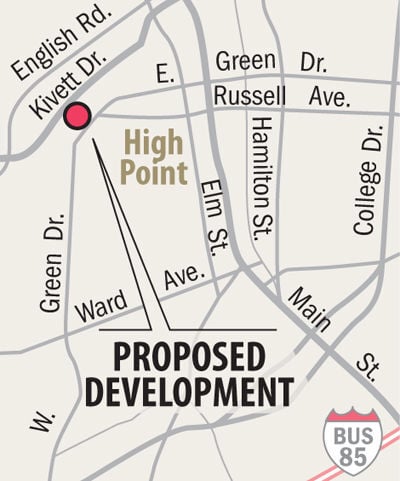 HIGH POINT — Just west of the bright green field at Truist Point baseball stadium is an industrial brownfield where a local company wants to build a media empire.

Brittano Group-KNova Film Capital has asked the City Council for a $1.5 million incentive package to begin work on a complex of studios and production offices at 614 W. Green Drive, land that was once a lumberyard and industrial complex.

The brick buildings and vacant lots in the area are part of what the city has designated an “opportunity zone.”

High Point has begun marketing some of the zone’s land around the baseball stadium, where the High Point Rockers play, for a possible hotel, apartments and other businesses.

The year-old stadium in southwest High Point sits practically in the shadow of such landmarks as Market Square and High Point Medical Center.

Nido Qubein, the president of High Point University, was the leader of the effort to build the $36 million stadium, which he believes is an economic catalyst for the city.

For years, city officials have thought investment has been slow to come to that part of High Point after traditional industries closed or left town. They’ve been looking for business that can fill in the physical and economic gaps created by the seasonal furniture markets.

Enter Brittano Group, a local company that could help add economic life to the area. The company, which operates a High Point production studio nearby, was founded by Julian Brittano, an actor, producer and author, and wife Karie. Julian Brittano has appeared in movies and TV shows, including “Greenleaf” on OWN, the Oprah Winfrey Network.

Brittano Group hopes to produce video content for streaming services by offering its own productions as well as helping other production companies.

The couple said Wednesday that they want to locate their new business in the opportunity zone and hire local minorities so they can learn new job skills through the production work being offered.

“We want to give them the tools to be successful,” Julian Brittano said.

Loren Hill, the president of the High Point Economic Development Corp., a city agency, said that the company could spend up to $100 million on development, machinery and equipment for properties in the area and create more than 120 jobs. Hill’s agency estimates the project would add $65 million to the city’s tax base.

In a document presented to the City Council, Hill said 8 the positions would include work in set construction, sound and lighting. He has recommended that the council grant the Brittano Group performance-based incentives, which would be paid in installments when the company reaches certain benchmarks.

“We like to collaborate with creators that can have a positive representation of what’s going on in our community,” she said. “We like to provide a voice for our community.”

Richard M. Barron is a reporter for the Greensboro News & Record. Contact him at richard.barron

Brittano Group-KNova Film Capital wants $1.5 million from the city of High Point to begin work on a complex of studios and production offices.

The City Council will hold a virtual public hearing on July 20 at 5:30 p.m. before it votes on the request.

To participate, you can submit questions or concerns by calling 336-883-3522; emailing publiccoment@highpointnc.gov; or by dropping them in city boxes near the parking lots of the municipal building located at 211 S. Hamilton St.

The public hearing can be viewed through the city's website (www.highpointnc.gov.).

Hanesbrands Inc. has taken the next step toward making personal protective equipment a manufacturing mainstay with the development of a more b…

Cooper expressed concerns with COViD-19 surge, but not ready to step back for now

North Carolinians are loosening their grip on the progress being made in combatting the COVID-19 pandemic, members of the Cooper administratio…

The combination of better-than-projected sales and a significant income-tax benefit contributed to a major improvement for Unifi Inc., with th…

Just west of the bright green field at Truist Point baseball stadium in High Point is an industrial brownfield that was once home to a lumberyard.