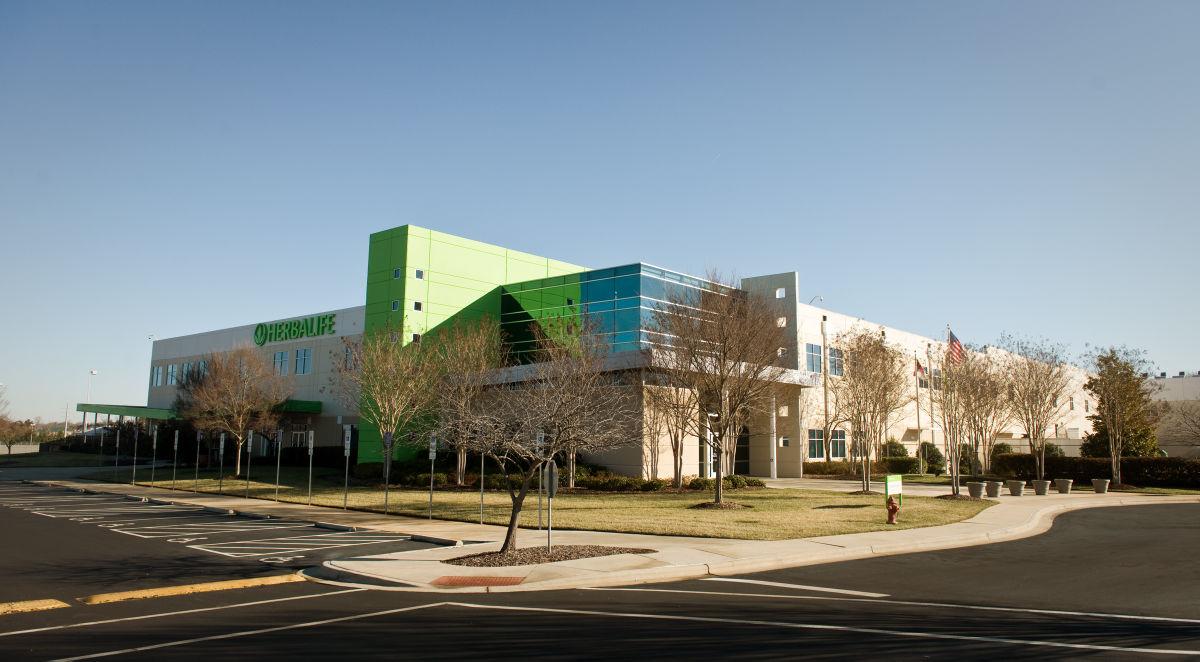 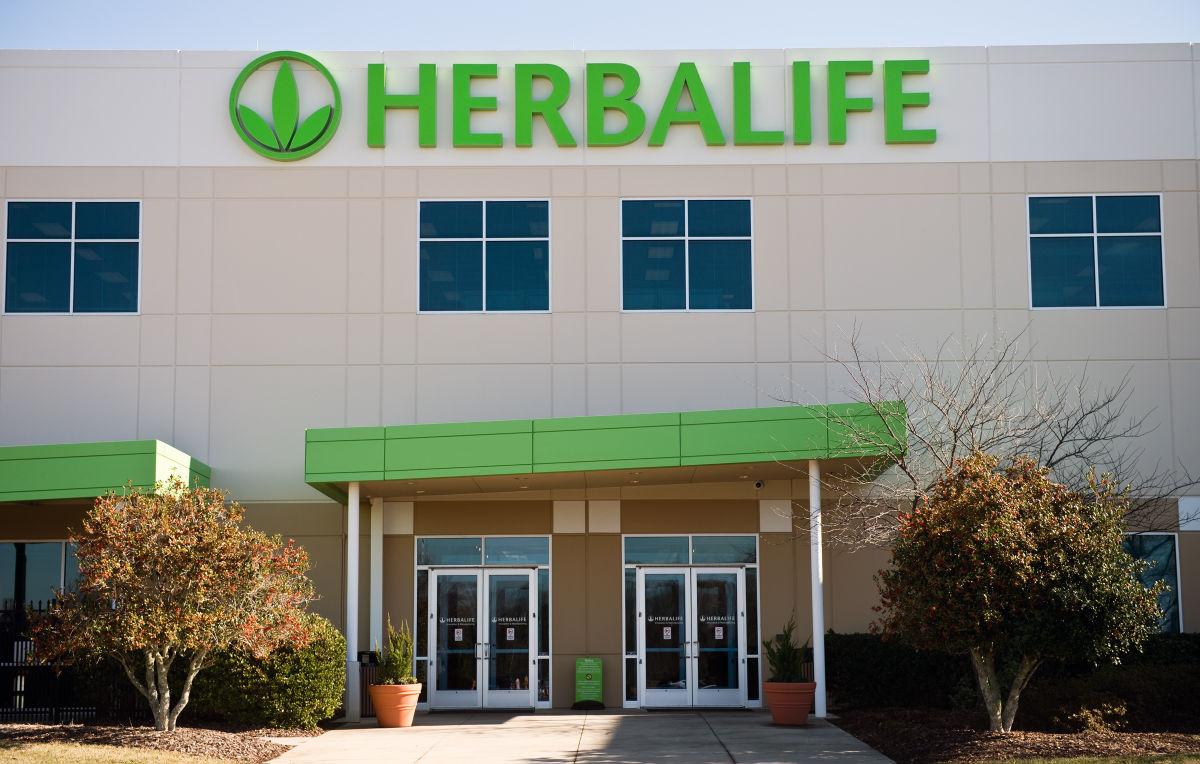 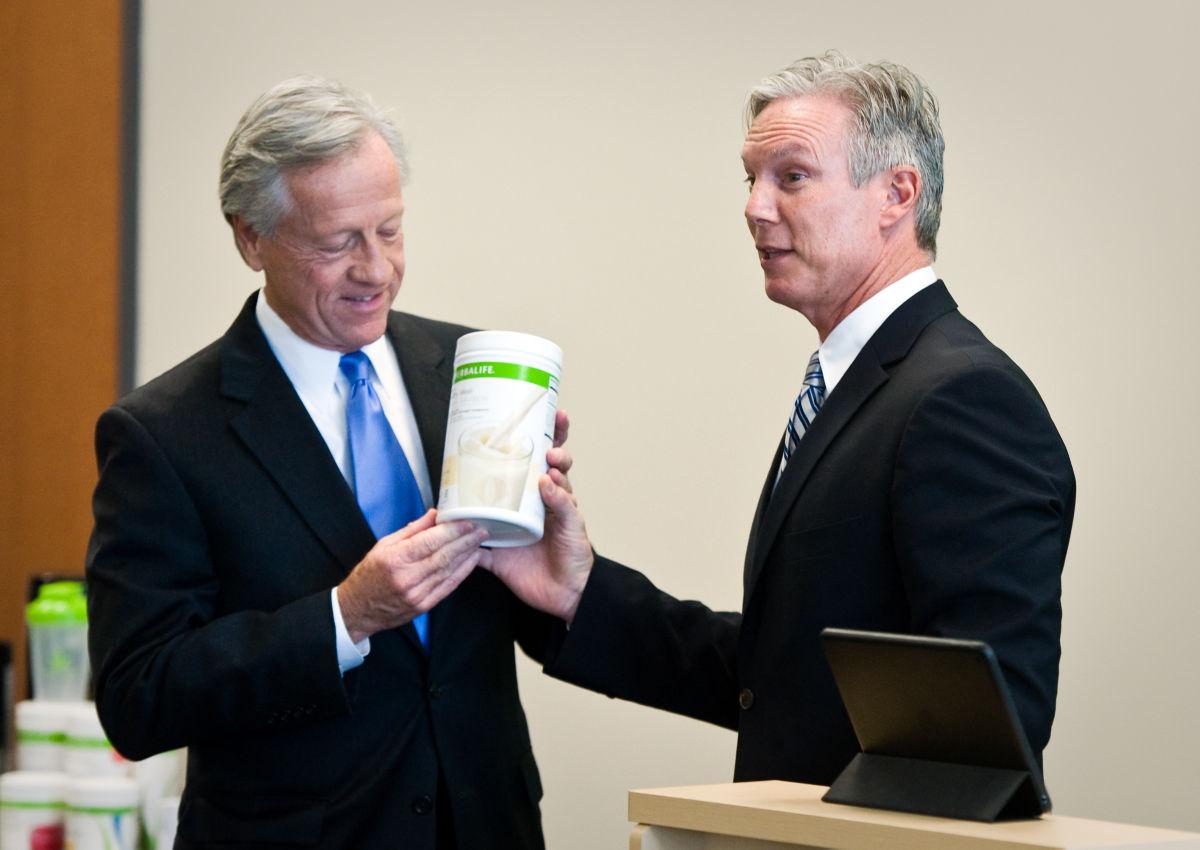 When Antonio Lang of Greensboro discovered Herbalife products in 2010, he said he weighed nearly 400 pounds.

He decided to become a Herbalife independent distributor after he lost 100 pounds in his first year on the products.

Lang said he now weighs about 265 and maintains a healthy lifestyle. In March, he gave up his job as a distributor to become a packing line lead at Herbalife’s plant in Winston-Salem.

“This is a dream for me, to be able to manufacture the product that helped me to lose the weight,” Lang said.

Herbalife Ltd. officially opened its $130 million Winston-Salem plant Friday, providing tours to a group of about 70 people, including government officials, vendors and the media.

The plant started production in March and now employs 350 people. It is expected to have more than 500 employees when it reaches full production by the end of 2015.

Twenty-five percent of the building is available for future growth.

Richard Goudis, chief operating officer of Herbalife, said there is a good chance the company will use that extra space.

But Goudis said, “We are noncommittal on that. We just want to make sure we commit to our first 500 jobs.”

Products manufactured at the Winston-Salem plant will be distributed in the United States and exported to more than 50 countries.

The plant houses a quality-control center, and a research-and-development lab with technicians and scientists.

Herbalife announced it would go into the former Dell Inc. plant at 3200 Temple School Road in December 2012.

Since that time, Herbalife has invested more than $100 million to convert the 800,000-square-foot building to meet its needs, the company said.

“Had Dell not built this facility, Herbalife never would have come here,” Goudis said.

The local Herbalife facility is estimated to produce 150 million products a year. The plant has five packaging lines for tea, five for powder and two for liquids. Its liquid blender can produce 2,000 gallons of finished aloe in fewer than three hours, meaning 16,000 16-fluid-ounce bottles.

“Most of the other Herbalife plants deliver the powder to their packaging lines by dropping from above,” Locke said. “We deliver it by vacuum. We have a system in the blending area for the powders that allows us to speed up the blend time so that we can get more efficiency out of our blending cycles and therefore produce more products in a shorter period of time.”

The Winston-Salem plant manufactures tea using fluid bed dryers, which are not at other Herbalife plants.

“The importance of that is that tea is a significant seller within the Herbalife list of products, and we want to make it ourselves,” Locke said. “Herbalife wants to control the quality of their products from start to finish so that we can sit there and say without question, ‘We deliver the best products in the best marketplace in the world.’”

A fluid bed dryer blends 450 kilograms of tea in less than two hours, which is enough for 4,500 100-gram containers.

Several people talked about how impressed they were with Herbalife and the plant.

“This plant has requirements on it that some pharmaceutical plants don’t have,” Joines said. “They track the materials from the time they come in until they go out to serve quality.”

Bob Leak Jr., president of Winston-Salem Business Inc., said that Herbalife is ahead of its hiring requirements for incentives.

“This project is ahead of schedule on all accounts,” Leak said. “That’s just good news.”

Herbalife is eligible for up to $3.44 million in local performance-based incentives, as well as up to $5.55 million from the state Job Development Investment Grant program and up to $1 million from the One North Carolina Fund.

Paul Sheehy, the plant’s director of engineering and facilities, said he was delighted that Herbalife was able to hire some of the former Dell employees, including himself.

“We reached out to them because we knew how great they were,” said Sheehy, a former facilities manager for Dell.

An Herbalife spokesman said that the company is still hiring. Jobs can be viewed at www.herbalife.com. Click on “United States.” Then click on “career opportunities” at the bottom.

Herbalife Ltd. celebrated the opening of its Winston-Salem plant on Friday with tours of the plant by invitation only. Several company officia…