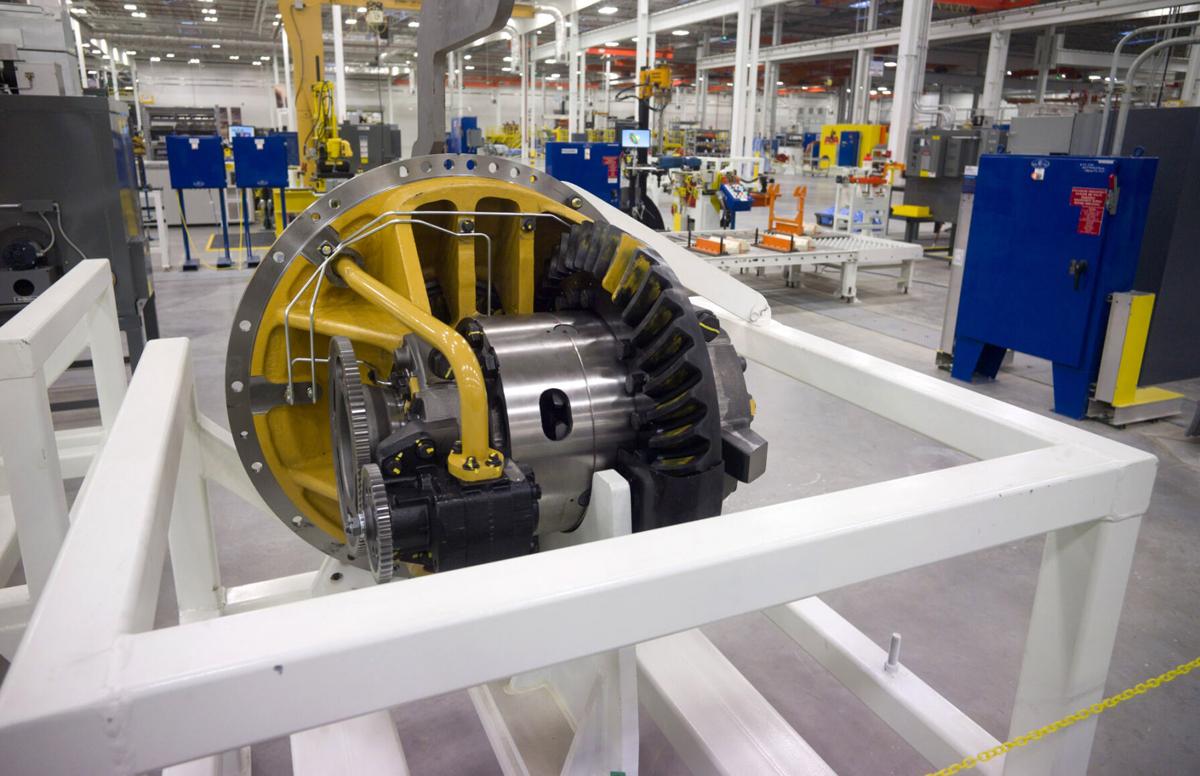 The Caterpillar plant in Winston-Salem, on the day of its grand opening, Nov. 16, 2011. The company’s Progress Rail subsidiary took over operations in January 2017. The latest workforce count from Caterpillar for the plant is 160 full- and part-time employees. 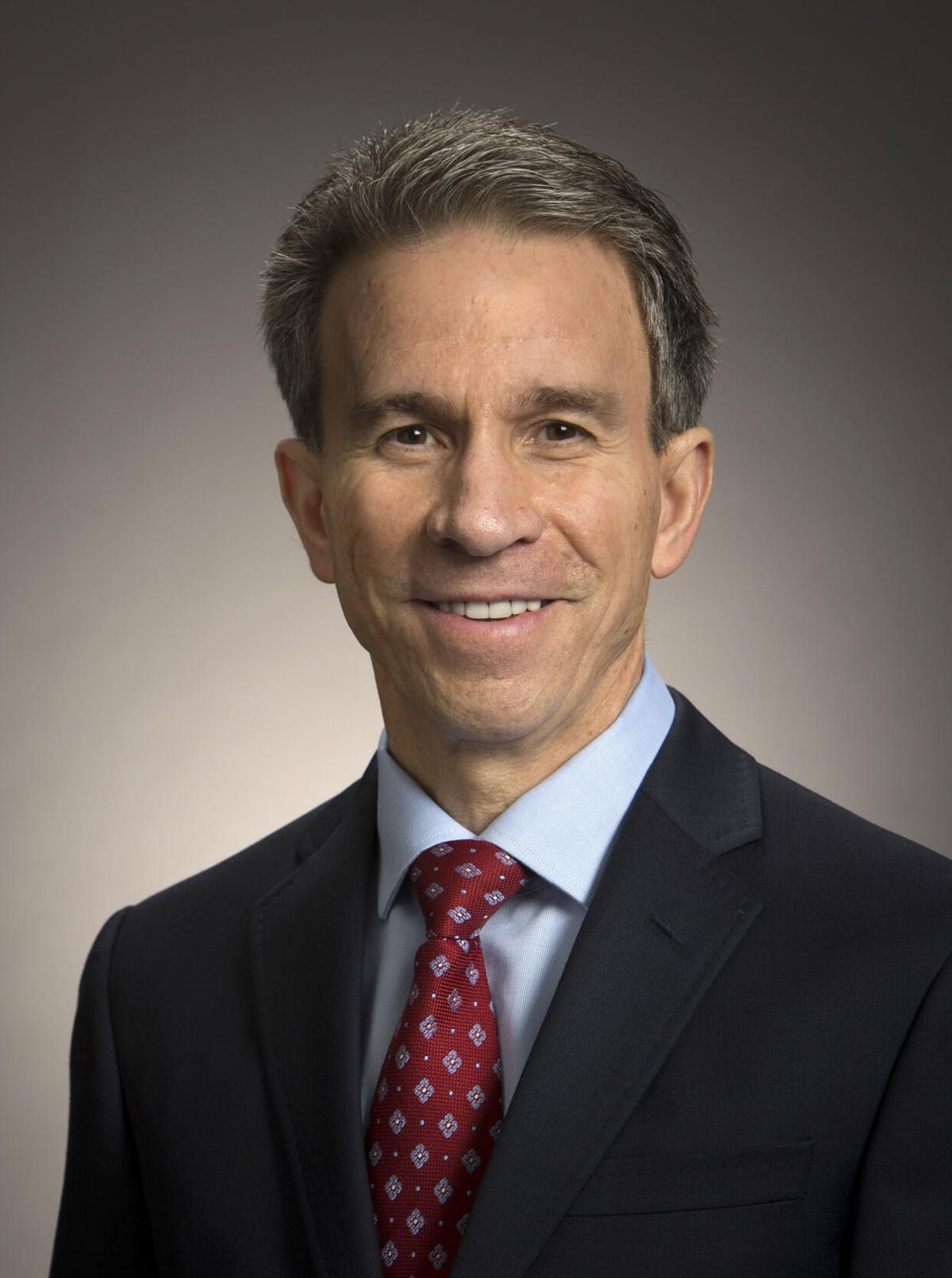 The COVID-19 pandemic had a significant impact on the 2020 compensation for Caterpillar Inc.’s top-five executives, the company reported in its annual proxy filing.

With the U.S. and global economies being adversely affected during the first months of the pandemic, Caterpillar’s board of directors responded by cancelling incentive pay and providing a minimal salary raise for 2020.

James Umpleby III, the company’s chairman and chief executive, received a 1.6% increase in salary to $1.6 million.

For 2020, Umpleby received stock awards and stock-option awards valued at $11.8 million on the date they were awarded, down from $12.15 million a year ago.

He also received $276,582 in all other compensation, of which $219,060 was a company contribution to a supplemental deferred compensation plan, along with the use of company aircraft valued at $20,352.

Another major factor in the total compensation for Umpleby and the other top-five executives is that none received pension and deferred compensation gains during 2020.

Caterpillar reported its chief executive pay ratio for 2019 was $274-to-$1 when factoring $13.68 million in overall total compensation and a $49,847 salary as the median annual employee compensation. Median is defined as the middle value in a list of numbers.

The company operates a $426 million plant in Winston-Salem. The latest workforce count from Caterpillar is 160 full- and part-time employees with its Progress Rail subsidiary that took over operations in January 2017.

There are four shareholder proposals on the agenda for the virtual shareholder meeting on June 9. The board of directors has recommended voting against all four.

They are: require additional disclosures of Caterpillar’s climate activities and policies; require an annual board report on the company’s workforce diversity and inclusion status; amend its incorporation certificate to become a public benefit corporation that would give employees and customers more influence over key fiduciary decisions; and allow for shareholders to take action without a planned meeting if a specified number of shareholders consent to the action in writing.

The Mount Airy manufacturer was bought by The Renco Group Inc. for an undisclosed price.

Most mask mandates were lifted one month ago; businesses and customers are settling into a phase of personal responsibility

One month into a mostly mask-less North Carolina, most individuals and businesses appear to have settled into a "don't ask, don't tell" vaccination approach.

Wells Fargo & Co. said Tuesday it is launching in July a new consumer credit card portfolio, which is “signifying an expanded role for credit cards in the bank’s transformation.”

Ollie’s Bargain Outlet Inc., one of America’s largest closeout retailers, is hosting a nationwide hiring event from 10 a.m. to 7 p.m. Tuesday to fill 2,000 positions across its more than 400 store locations, three distribution centers and a support center.

The real-estate arm of Cook Out Inc. has bought another Forsyth County restaurant property, this time a former Burger King site.

Weekly initial unemployment-insurance benefit claims in North Carolina dropped below 5,000 for the first time during the COVID-19 pandemic.

North Carolina had 4,919 claims for the week that ended June 5, compared with a revised 5,932 the previous week.

FDA under the Biden administration has returned banning of menthol traditional cigarettes to its priority agenda for 2021.

The Caterpillar plant in Winston-Salem, on the day of its grand opening, Nov. 16, 2011. The company’s Progress Rail subsidiary took over operations in January 2017. The latest workforce count from Caterpillar for the plant is 160 full- and part-time employees.