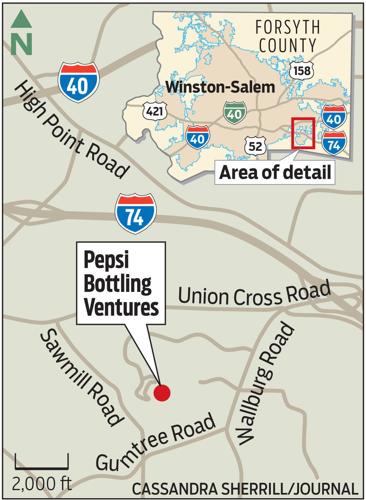 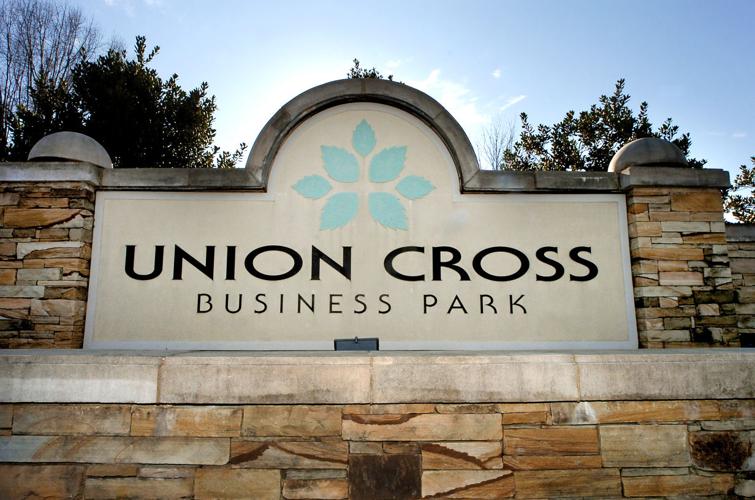 Pepsi Bottling Ventures LLC said it has a current workforce of 544 at its facility at 390 Business Park Drive in Union Cross Business Park. 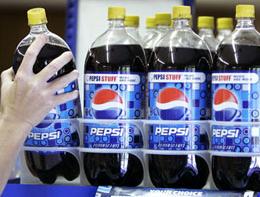 Pepsi Bottling Ventures said its expansion at the Union Cross Business Park is projected to begin in 2023 and be operational by the end of 2024.

The expansion involves a new bottling line that the company said “will improve efficiencies in ... manufacturing operations by optimizing production capacity.”

The bottler said it will add up to 10 production jobs with the expansion, which is projected to start in 2023 and be operational by the end of 2024.

Pepsi Bottling said it has a current workforce of 544 in the 526,320-square-foot building at 390 Business Park Drive.

The line will be focused on many of the bottler’s largest growing brands, including Aquafina, Lipton Tea, and its own beverage brand Nature’s Twist.

“This investment is a promise to our customers and consumers that we will continue to meet their beverage needs and demonstrates our long-term commitment to the region and the state,” said Derek Hill, the bottler’s president and chief executive.

“This investment allows us to continue operating at our best and ensures stable and well-paying jobs for years to come.”

The new bottling line would produce millions of cases of beverages per year, as well as manufacture bottles made from 100% recycled material.

“This new line incorporates the latest bottling technology, allowing us to keep up with demand while remaining good stewards in communities where we operate.”

When Pepsi Bottling committed to the 390 Business Park Drive facility in 2012, it said it would spend at least $81.7 million on new equipment and property over seven years.

In return, the company was made eligible for nearly $1.74 million in local incentives — $1 million from the city of Winston-Salem and $737,582 from the county.

In February 2021, the 390 Business Park Drive facility, which sits on 51.5 acres, was sold for nearly $35 million to a Chicago-based affiliate of Griffin Capital Real Estate Co. of El Segundo, Calif.

In 2021, the bottler began operating at 295 Business Park Drive in a 315,444-square-foot building for warehouse space to meet increased storage needs.

A Georgia retail company has paid $4.65 million to purchase three properties in Spring Valley shopping center in Greensboro, according to a Gu…

Grandover Resort & Spa, one of the Triad’s premier hospitality properties, has been added to Wyndham Hotels & Resorts’ Grand brand por…

The Winston-Salem property with Lollipop Stop Child Development Center as the tenant has been sold for $950,000, according to a Forsyth County…

Nearly 50% of Winston-Salem-area homeowners are in the equity-rich category during the second quarter, which signifies owning at least half of…

Joyce Farms, a family owned meat and poultry-processing manufacturer based in Clemmons, announced Tuesday that Ron Joyce is stepping down as p…

Sturm, Ruger & Co. continued to deal in the second quarter with the flip side of having record firearms purchases in 2020 and 2021.

Winston-Salem property with CVS as tenant sold for $5 million

A third Winston-Salem property containing a CVS Pharmacy has been sold, this time for $5.03 million to a Miami group, according to a Forsyth C…

A small retail campus in Greensboro has been sold for $1.89 million to a Greensboro group, according to a Guilford County Register of Deeds fi…

The Hilltop House Apartments complex in downtown Winston-Salem has been bought for the second time in three years, this time for $26.5 million…

Major credit card mistakes to avoid when times are tough

Pepsi Bottling Ventures LLC said it has a current workforce of 544 at its facility at 390 Business Park Drive in Union Cross Business Park.

Pepsi Bottling Ventures said its expansion at the Union Cross Business Park is projected to begin in 2023 and be operational by the end of 2024.