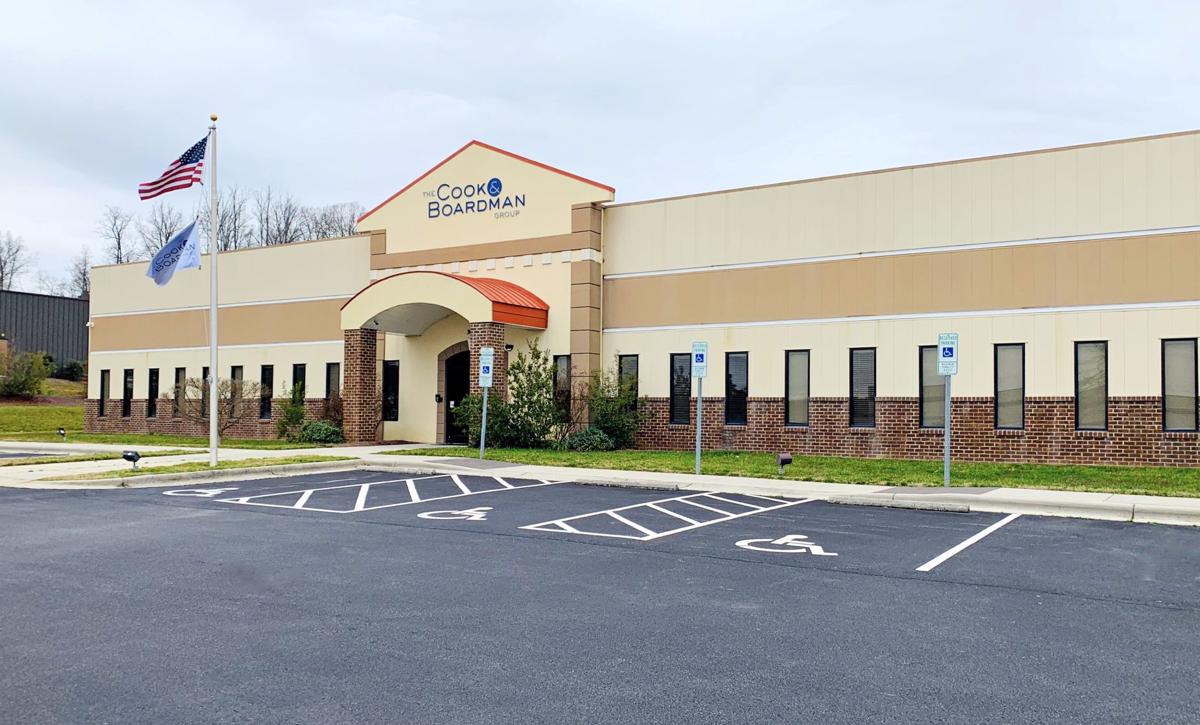 Cook & Boardman Group’s corporate headquarters building is at 3064 Salem Industrial Drive in Winston-Salem. The company is a specialty distributor of commercial door-entry solutions. 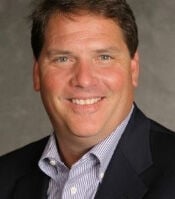 Darrin Anderson, CEO of The Cook and Boardman Group

Getting bought by a national private-equity firm tends to create mixed feelings for a local business — there's hope about possible new opportunities but also frequently some anxiety about the loss of control.

The Cook & Boardman Group of Winston-Salem has experience with that kind of change of control, having been sold twice in the past 12 years, including in October 2018 to private-investment firm Littlejohn & Co. of Greenwich, Conn.

Darrin Anderson, the company's chief executive, said being owned by Littlejohn has opened doors to acquisitions and new markets previously unavailable or unattainable.

Cook & Boardman, based at 3064 Salem Industrial Drive, is a specialty distributor of commercial door-entry solutions.

Yet, the company has a beneath-the-radar-screen presence locally even though it has 58 offices in 16 states, including seven in North Carolina, with 1,564 employees.

The work force is up from 133 in 2008 when Cook & Boardman was first bought by private-equity group Blue Point Capital Partners of Charlotte. The work force was at 997 at the time of the Littlejohn acquisition.

Part of the lower profile is that Cook & Boardman has made a practice of retaining the brand and management team of the company it has bought. As a result, it has 20 brands under the Cook & Boardman corporate umbrella.

Since the sale, Cook & Boardman has been on a major acquisition spree, completing deals for nine companies with a concentration in the Pennsylvania, Ohio, Florida and mid-Atlantic markets.

Anderson discussed Cook & Boardman's growth spurt and how it identifies the right acquisition targets for its business model and culture. An edited version follows:

Q: The company has been on quite a buying spree over the past two years. Was that the intention of your management team and new ownership when the company was sold, or has it been a scenario in which one purchase led to the economies of scale to attract the next acquisition target?

Answer: Merger and acquisitions was a key strategy when I joined Cook & Boardman as chief executive in July 2017.

We were owned by Ridgemont Equity Partners, a Charlotte-based private equity firm at the time. We completed four acquisitions during my first year.

Since then, we’ve completed nine more under the Littlejohn umbrella — 13 acquisitions in total since I joined. We’ve also built a great management team that fully supports this vision and direction.

Most distribution industries are fragmented; it’s the nature of the business with local markets being served by local distributors.

But ours is even more fragmented than most. So, even though we were the largest distributor in our industry, we were really just a large regional player.

My plan, from the start, was to make Cook & Boardman the first billion-dollar distributor in our industry and a true national player.

Realistically, the only way to do that is through a combination of organic growth and M&A activities.

Q: Which markets — in terms of geography and product mix — have been the most pivotal to date? In which directions is the company planning to expand next?

Answer: All of our acquisitions are strategic, whether it’s a large market like Chicago or Atlanta, or smaller ones in Pennsylvania, Ohio or Alabama.

We have a professional team that evaluates acquisition candidates in key areas like culture, reputation, strength of management teams and dedication to associates. All of these factors are considered before starting the process.

Some of the cultural aspects we believe in are servant leadership, being an associate-centric business and fostering a customer-first philosophy. If we match up in these key areas, we feel confident that all of our stakeholders’ interests will be served if we complete the acquisition.

Q: How has the Winston-Salem operations benefited from the buying spree in terms of stability, product/service mix, etc.?

Answer: All of our Winston-Salem-based associates have benefited as a result of our growth. We’ve been able to: self-insure, saving our associates money; expand our 401(K) program; provide additional career opportunities; enhance our rewards and recognition program; move into a larger corporate facility with amenities including an on-site gym; and hire more local employees.

Q: How important has it been for Cook & Boardman to retain the local management and the local brand in the new markets, rather than bring all the companies under one brand?

Answer: The one thread that is pervasive in our merger and acquisition strategy is that we want to buy market leaders.

We believe that this is going to be a people business for as long as the door, frame and hardware industry exists.

So, if you’re a market leader, it means you have a respected brand, good leadership and a great team. It also means you have great relationships with your associates, suppliers and customers.

We don’t buy fixer-uppers. If you’re not a market leader and not performing well, it’s probably because you have weak leadership or don’t have the right people. We’re not necessarily going to be able to fix that just because we’re Cook & Boardman.

If we buy a successful company that has a great reputation and is a market leader, then that means they have brand equity.

We don’t change the name because we want to preserve that local connection and we prefer that owners actually want to continue to serve.

We don’t look at ourselves as their exit strategy — we look at it as a way for them to monetize their business and then continue in their careers, in their passion that helped them to build that business.

Q: The company has branched out beyond its core expertise to acquire communication and security companies.

What has made those elements compelling enough to purchase?

Answer: We think this is really transformational.

Distributors have typically focused on one area or the other but not both.

That put us in a very unique position to handle not just the traditional door, frame and hardware, but also all the electronic access control and security requirements of the openings.

We think that’s the wave of the future because the technology is only going to continue to evolve and become more pervasive.

We expanded our security and systems integration capabilities further in July with the purchase of Advantech, a Dover, Del.-based company serving the mid-Atlantic region.

We are also now offering these services in the greater Chicagoland market through American Building Services, a 2019 acquisition.

Q: Where do you see the company five and 10 years from now in terms of growth, product mix and importance to consumers?

Answer: We expect to become the first billion dollar distributor in our space next year and we will continue to grow organically and through acquisition.

The combination of products and services that we offer will continue to set us apart from our competition.

We also recognize that our industry will rely more on procuring products and services online and we are addressing that need with an industry-leading ecommerce portal.

Today, our customers can select from more than 15,000 door and hardware products and take advantage of the best shipping times in the industry.

They can also pay invoices, manage their Cook & Boardman accounts and chat live with true industry experts in real time.

We are confident that our customer portal will continue to differentiate us from our competition and provide an unparalleled level of service.

State to remain in Phase 3 for three more weeks

Gov. Roy Cooper said Wednesday — as expected — that North Carolina will remain in Phase Three for another three weeks because the state's key …

Cook & Boardman Group’s corporate headquarters building is at 3064 Salem Industrial Drive in Winston-Salem. The company is a specialty distributor of commercial door-entry solutions.

Darrin Anderson, CEO of The Cook and Boardman Group