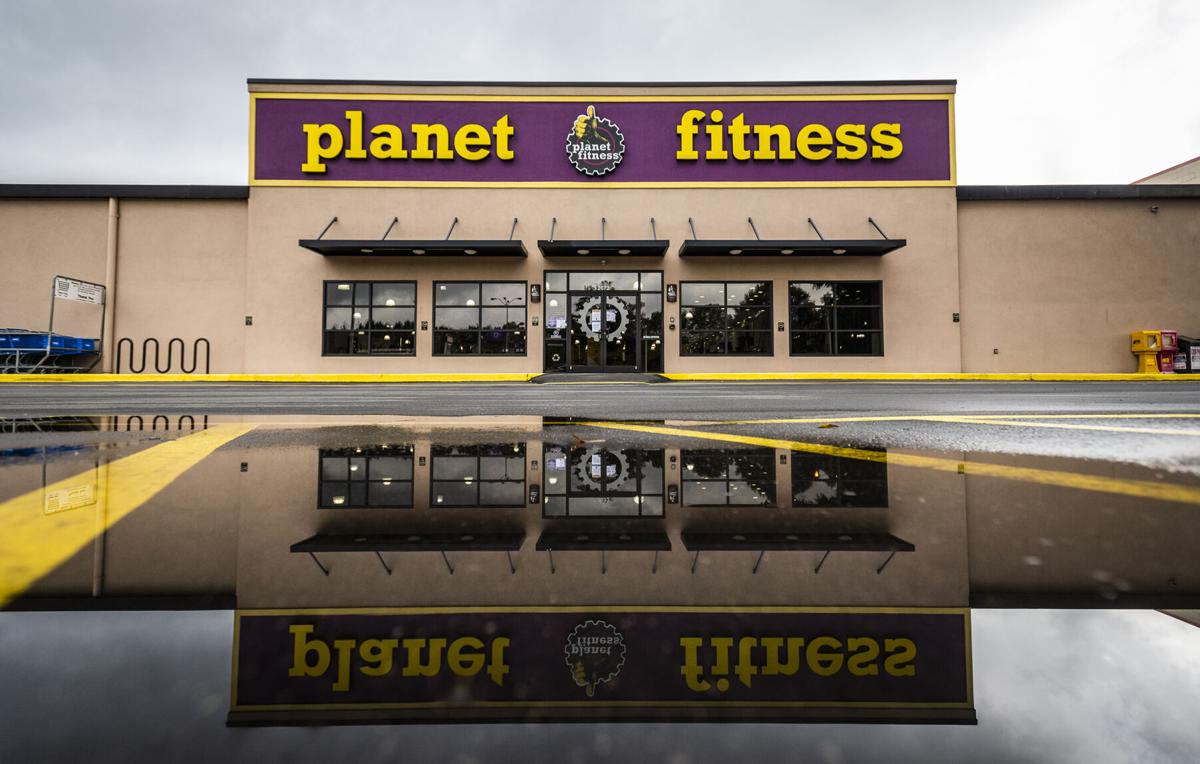 Planet Fitness on Peters Creek Parkway in Winston-Salem is among centers in the chain that plan to reopen today. 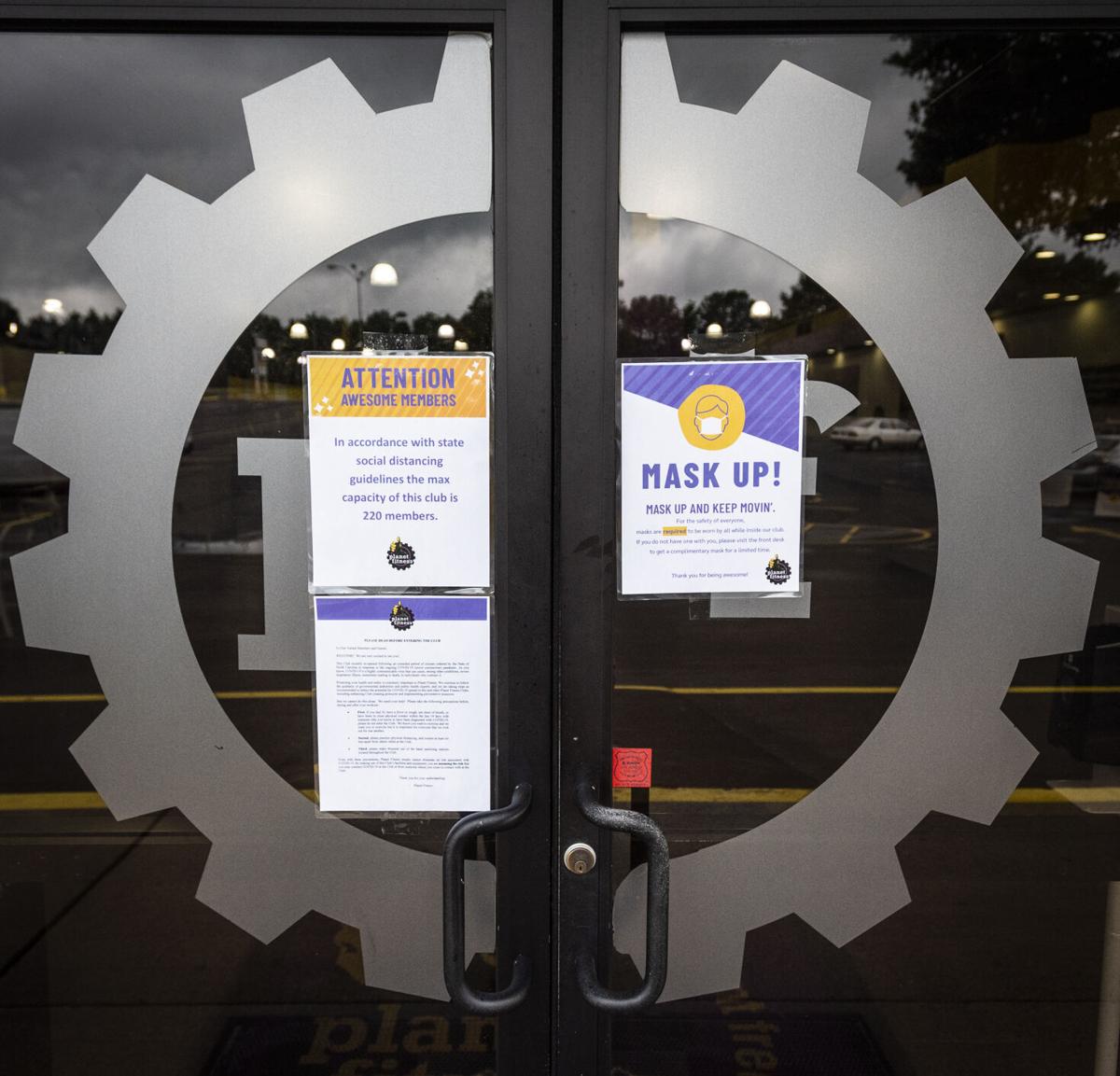 Signage on the door of Planet Fitness on Peters Creek Parkway indicates safety measures taken due to the pandemic.

The Planet Fitness chain plans to open most North Carolina centers today (Tuesday, Sept. 1) even though Gov. Roy Cooper has not rescinded his executive order that prohibits their use during the COVID-19 pandemic.

The YMCA of Northwest North Carolina took a similar step Monday, for now just at its Robinhood Road location in Winston-Salem.

O2Fitness reopened its Greensboro center on Friday, according to media reports.

Cooper's Phase Two restrictions, which have been extended three times — currently until Sept. 11 — prohibit the partial openings of businesses that include private bars, fitness centers, bowling alleys and gyms.

The governor's office did not specifically address the fitness centers' reopening plans Monday.

Cooper plans to provide a state reopening update today — a week ahead of expectations amid a recent stabilization in new COVID-19 cases and a slight decline in hospitalizations.

Planet Fitness, which has four Forsyth County and 14 overall Triad locations, and the local YMCA group are basing their plans on what they view as a medical services provider exemption in Cooper's Executive Order No. 141 that went into effect May 22.

The potential loophole comes from comments made by Josh Stein, the state's attorney general, as part of defending the executive order in a lawsuit filed by fitness-center owners and operators to compel the reopening of their facilities.

Stein said the executive order allows fitness centers to provide indoor services to individuals who are under the prescribed care of a healthcare provider, such as a licensed physical therapist. The exemption also allows for using equipment in a hospital or provider's office.

"We're excited to open (Tuesday) to all members in accordance with the North Carolina Attorney General's commentary on Executive Order No. 141," Planet Fitness said on its website. "We've missed you and we hope to see you soon!"

The YMCA also cites Executive Order No. 151 and a July 24 N.C. Department of Health and Human Services statement for its interpretation of the medical exemption.

"Gyms, exercise facilities, and fitness facilities may open their indoor areas to serve any people prescribed or directed to use those facilities by a medical or health care professional," according to the DHHS statement.

The YMCA said that "while we are anxiously awaiting Gov. Roy Cooper to ease Phase Two restrictions and to fully open our indoor wellness facilities, we are moving ahead with allowing members to take care of their spirit, mind and body with medically prescribed wellness at our Robinhood Road Family YMCA."

The YMCA acknowledged the executive orders and DHHS statement "clearly states that the person must be 'prescribed or directed' by a medical professional and must present a note or other written communication stating this fact."

"Individual privacy is always of the utmost concern ... While this medical note is required by the government, we will not document anything in our operations system," the YMCA said.

The number of people using the medical services exception in an indoor fitness center "may not exceed — in any room or other single confined space — the indoor mass gathering limit" of 25 individuals," according to DHHS.

Stein cautioned that "because the number of individuals taking advantage of this exception will be low, the risk to the public is reduced versus opening these facilities to the general public at this time."

"A broader opening, the governor has concluded, would put the public at risk."

Cooper has called his Phase Two restrictions a "safer-at-home" approach.

Cooper's third extension was designed to give time for a selective number of reopening actions to begin, such as K-12 schools on Aug. 17.

Cooper has said part of his Phase Two decision was based on not letting too many businesses reopen at the same time, thus potentially increasing the spread of the virus.

She has said the facilities carry higher risk for spread of the virus in part because individuals working out are breathing harder, and respiratory droplets can be discharged at greater distances.

Planet Fitness has three centers in Greensboro, two each in Winston-Salem and High Point, and one each in Asheboro, Burlington, Clemmons, Eden, Kernersville, Lexington and Thomasville.

According to its website, the Eden center is the only one in the region that will not reopen Tuesday. The chain is conducting a pre-opening sale for a Wilkesboro location.

"We look forward to safely and responsibly getting North Carolinians moving again," Planet Fitness said in a statement. "The safety of our members and team members is our top priority."

The chain said it would implement the same social distancing, cleaning and sanitizing standards as it is using in states that have allowed fitness centers to reopen.

"Using these protocols, we have safely reopened more than 1,500 Planet Fitness locations across the country with 45 million-plus check-ins since May 1 and no cases of contracting COVID-19 at the gym," the chain said.

The YMCA of Northwest North Carolina's stance on adhering to Gov. Roy Cooper's restrictions on indoor use of its facilities was unclear in a s…

Planet Fitness on Peters Creek Parkway in Winston-Salem is among centers in the chain that plan to reopen today.

Signage on the door of Planet Fitness on Peters Creek Parkway indicates safety measures taken due to the pandemic.