The countdown is at 13 days — and ticking — until the average North Carolina unemployment claimant potentially loses two-thirds of his or her weekly COVID-19 pandemic-related benefit.

According to N.C. Division of Employment Security officials and economists, many federal unemployment insurance recipients are not aware their weekly $600 benefit expires July 26 — just as their August monthly payments are coming due.

Currently, a North Carolinian whose job has been eliminated or who has been laid off or furloughed temporarily is receiving on average $277 in state UI benefits, plus the $600 federal benefit.

According to the Century Foundation, North Carolina faces a weekly $364 million loss of income circulating in communities across the state if the federal UI benefits end.

The maximum state weekly benefit has been set at $350 since July 2013, which is when a Republican legislative super-majority reduced the amount from $530. The legislature also reduced the number of UI weeks from 26 to as few as 12.

“We are educating claimants that the federal pandemic unemployment compensation program is scheduled to expire through messaging on our website and when working directly,” said Kerry McComber, DES’ director of government and public relations.

“We’ll continue our efforts over the next two weeks.”

Under the federal CARES Act, the UI programs that began in late April ends after July 31.

However. for states such as North Carolina where the unemployment week ends on a Saturday, the programs will cut off July 26.

“Losing that critical income replacement will cause harm to families and ripple through the community as bills for utilities and rent or mortgages are due.”

Some people have been required to file a second claim — after being determined to be ineligible for initial state benefits — in order to qualify for federal benefits that often include extended state benefits.

Currently, 28.2% of the 4.06 million North Carolinians considered in the state’s workforce as of mid-May have filed a state or federal UI benefit claim.

According to DES, 784,604 claimants have received state and/or federal benefits, or about 68% of the state’s claimants. About 4%, or 42,243, are awaiting a decision on state benefits.

The agency reported that $5.36 billion had been paid in state and federal benefits between March 15 and 10:30 a.m. Friday.

North Carolina’s Unemployment Insurance Trust Fund was close to $3.85 billion before the brunt of the COVID-19 pandemic began. Since then, $1.13 billion has been paid out, or 29.3% of its total.

Therefore, about 79% of unemployment-insurance payments to North Carolinians are coming from federal sources.

The $600 weekly federal UI benefit was passed — barely — in Congress in April as a compromise to get the payments out quickly, rather than determine payments by individual states.

Negotiations for a potential extension may resume when the Republican-controlled U.S. Senate returns Friday from a two-week recess.

As of Thursday, there are at least 18 million unemployed Americans, according to the latest U.S. Labor Department report. The U.S. Bureau of Labor Statistics said there were four unemployed individuals for every job opening as of May 31.

That number is likely to increase as more states have paused their reopening phases, such as North Carolina, or pulled back reopening, such as Arizona, Florida and Texas.

There’s also the rise in more retail businesses filing for bankruptcy protection, closing stores and eliminating hundreds and thousands of jobs in the process.

The Democratic-controlled U.S. House has passed a $3 trillion stimulus bill that would offer a new round of benefits.

There has been stiff resistance among several Republican U.S. senators, including North Carolina’s Thom Tillis, for an extension at the $600 weekly level.

Those senators cite in particular small businesses, particularly restaurant owners and hospitality operators, that have expressed concern that employees would prefer to draw the current weekly federal benefits rather than return to a job that may pay half that, along with risking potential exposure to the virus.

For those GOP senators considering an extension, they appear to favor a reduced federal benefit more in line to what individual states are paying now in UI benefits.

For example, U.S. Treasury Secretary Steven Mnuchin told Fox Business last week that the Trump administration may replace the $600 a week in the next stimulus package, but would cap benefits so that workers don't receive more money than they did at their previous job.

“You can assume that it will be no more than 100%" of a worker's salary, Mnuchin said.

North Carolina ranked next to last with Florida in maximum number of UI benefit weeks at 12, and among the lowest in maximum weekly benefit at $350.

Gus Faucher, senior economist with PNC Financial Services Group, said there “are legitimate concerns that the temporary increase in unemployment insurance benefits is discouraging some workers from returning to employment.”

“But, there will be a huge drop in income when those benefits expire at the end of this month that will weigh on consumer spending and slow the recovery.

“So, I think some sort of extension of the expanded unemployment insurance benefits beyond July 31 would be good for those workers, but also for the economic recovery,” Faucher said.

Tillis is in a tight re-election race with Democratic challenger Cal Cunningham.

Some political analysts say the federal UI benefits extension could become a key issue considering both Democratic and Republican voters would be affected by the cutoff.

Tillis spokesman Adam Webb said in a statement last week that Tillis is among the GOP U.S. senators who believe the best solution is reopening state and the U.S. economies.

“Senator Tillis believes we need to help North Carolinians who lost their jobs due to the pandemic and have been hurt the most,” Webb said. “His top priority is getting them back to work as soon as possible.

“It’s important that Washington doesn’t make the problem worse by disincentivizing Americans from returning to work.

“(It’s) a concern Sen. Tillis has repeatedly heard from North Carolina small business owners, and something he will keep in mind as Congress evaluates the ongoing economic recovery and considers additional relief legislation,” Webb said.

U.S. Sen. Richard Burr, R-N.C., has not commented publicly on whether he favors extending the federal benefits.

Casey Wilkinson, executive director of left-leaning advocacy group Piedmont Rising, said that “too many North Carolina working families will still rely on unemployment insurance to afford housing, health care and other necessary expenses in the months to come.”

“Now is not the time for Tillis and Burr to cut the paychecks to North Carolinians who cannot work through no fault of their own.

“They must commit to voting to extend unemployment insurance beyond the end of July.”

“Unless there’s some major headline-grabbing scandal involving Tillis or Cunningham between now and November, it seems likely that both candidates will have to hope to ride their presidential candidates’ coattails to victory.”

Senate Majority leader Mitch McConnell, R-Ky., told The Associated Press before the recess began that the next COVID-19 relief package should be focused on liability protection to shield doctors, schools, businesses and others from coronavirus-related lawsuits.

McConnell is considering another round of direct stimulus payments aimed more at those individuals making $40,000 or less.

However, the socioeconomic and political pressure may prove too much for McConnell and other Republican U.S. senators running for re-election in November, according to economists.

Counting Tillis, there are between six and eight GOP U.S. senators considered as vulnerable to losing their seat as Republicans hold a 53-47 margin.

“Republican Senators especially understand that their majority is at stake and they do not have a lot of maneuvering room here,” said Zagros Madjd-Sadjadi, an economics professor at Winston-Salem State University.

“They need to do something, and the ones who are up for election will fight hard to get something passed. This will likely be a lower level of benefits than the current level, and it may be for a short period if nothing else can be hammered out. Doing nothing just does nothing for them politically.”

Madjd-Sadjadi cautioned not to expect the Republican-controlled General Assembly to expand state benefits if Congress fails to act.

North Carolina’s $3.85 billion UI trust fund was built by the Republican-controlled legislature in response to eliminating as quickly as possible a $2.8 billion debt to the U.S. Labor and Treasury departments. That borrowing helped pay extended state jobless benefits during the Great Recession of 2008-11.

Because state UI benefits are on a sliding scale, the number of weeks can rise up to 20 weeks when the state unemployment rate is 9% or higher. The state’s jobless rate was 12.9% in May and 12.2% in April.

However, the sliding scale is only activated twice a year — on Jan. 1 and July 1 — both based on the average rate for first three months of a six-month cycle.

That means the January through March rates for the July 1 trigger, and July, August and September for the Jan. 1 trigger.

During the portion of the 2020 session that ended Thursday, the legislature did not take any committee action on two Democratic-sponsored UI-focused bills: House Bill 1075 and companion Senate Bill 792.

Those bills would have restored the number of UI weeks to 26 and set a weekly maximum of $400.

“I do not see the state of North Carolina coming to the rescue in the absence” of a federal UI benefit extension, Madjd-Sadjadi said.

“The problem for state action is the need for a balanced budget, so unless the feds are going to provide a guaranteed backstop, I just do not see the legislature doing anything.

“Especially since we already are going to be severely in the hole in the next fiscal year, and will have to undertake massive cuts to maintain budgetary balance if we do not see a federal bailout of the states.”

Michael Walden, an economics professor at N.C. State University, said if there is inaction by Congress on extending federal UI benefits, “then there will be a debate in North Carolina over this issue, with the governor likely calling back the legislature” before the scheduled Sept. 2 return.

PennyWise Episode 14: What could the President's affordable housing plan mean for you and your family?

PennyWise Episode 14: What could the President's affordable housing plan mean for you and your family?

What can happen if you miss a credit card payment

What can happen if you miss a credit card payment

Police: Person dies after setting house on fire during hours-long standoff in Ardmore

Anonymous letter writer sends hundreds of unsigned notes complaining about a neighbor's chickens in Davie County. But the letter had an unintended consequence as others neighbors have rallied to support the owners of the henhouse.

The Sheetz property in Welcome has been sold by an affiliate of the convenience store chain to a Welcome group for $1.3 million, according to … 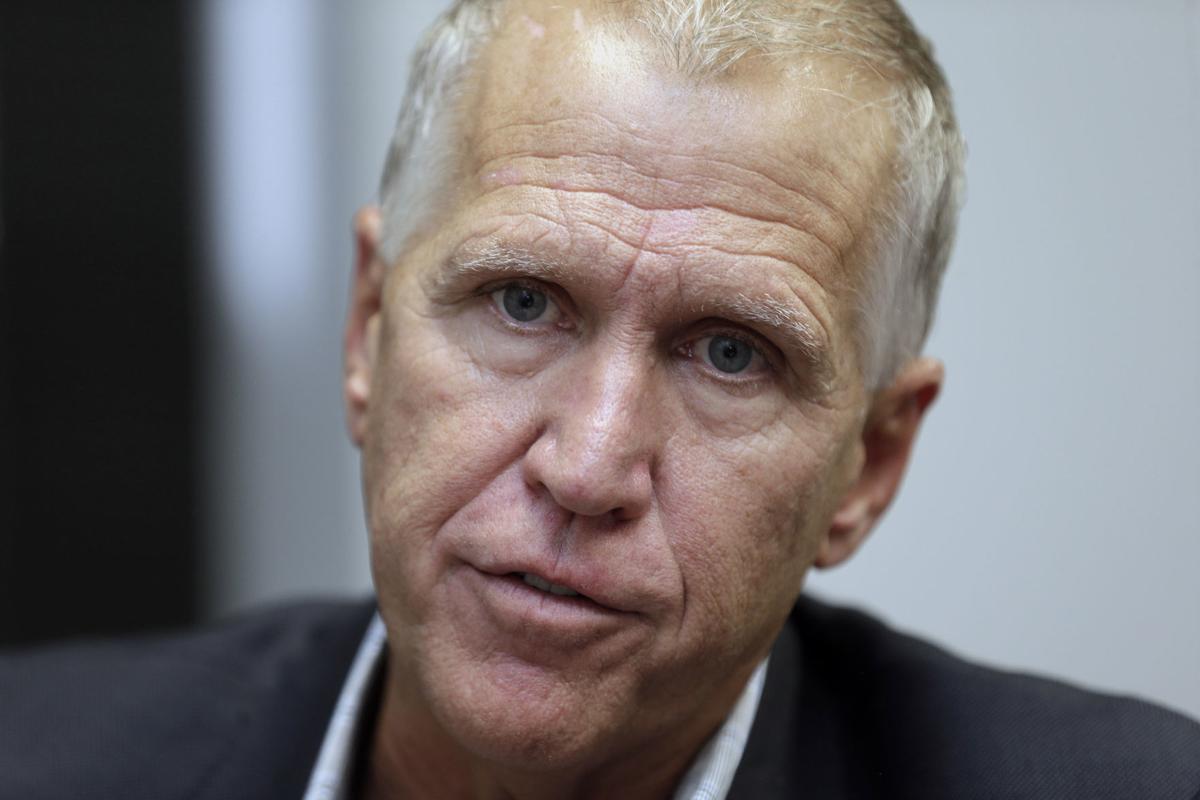 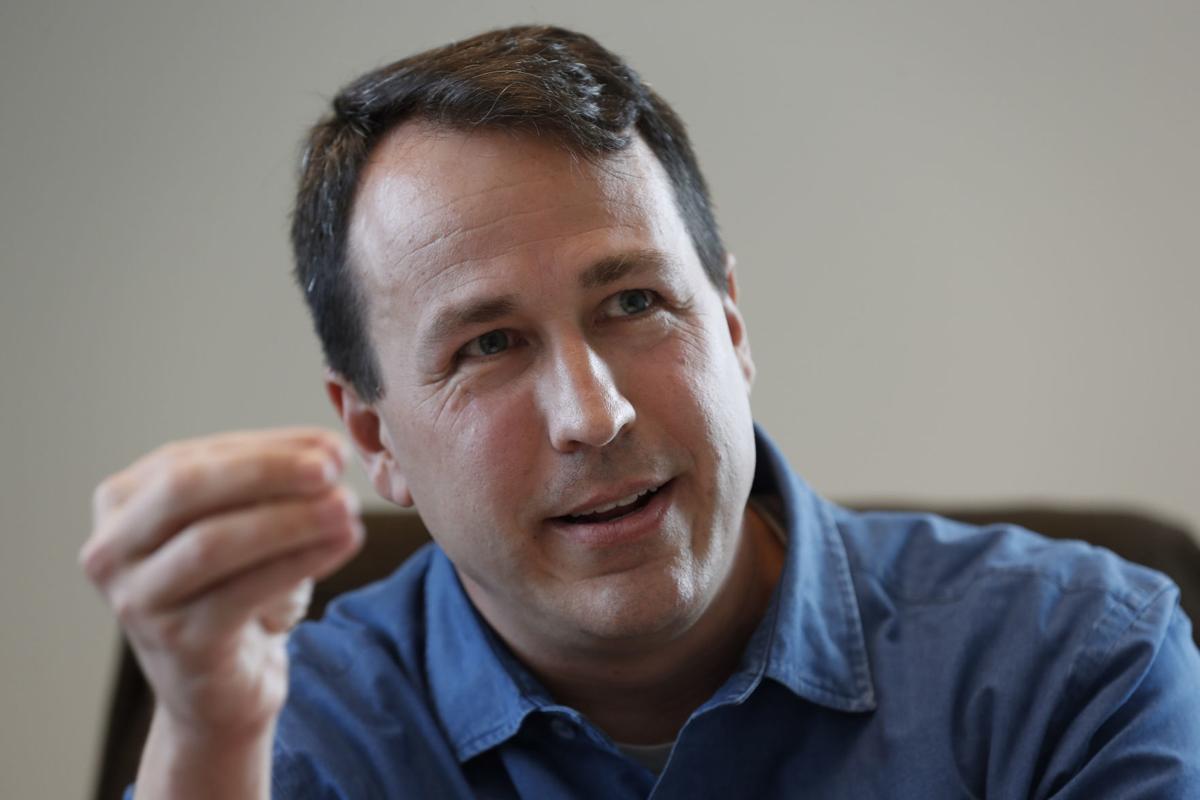