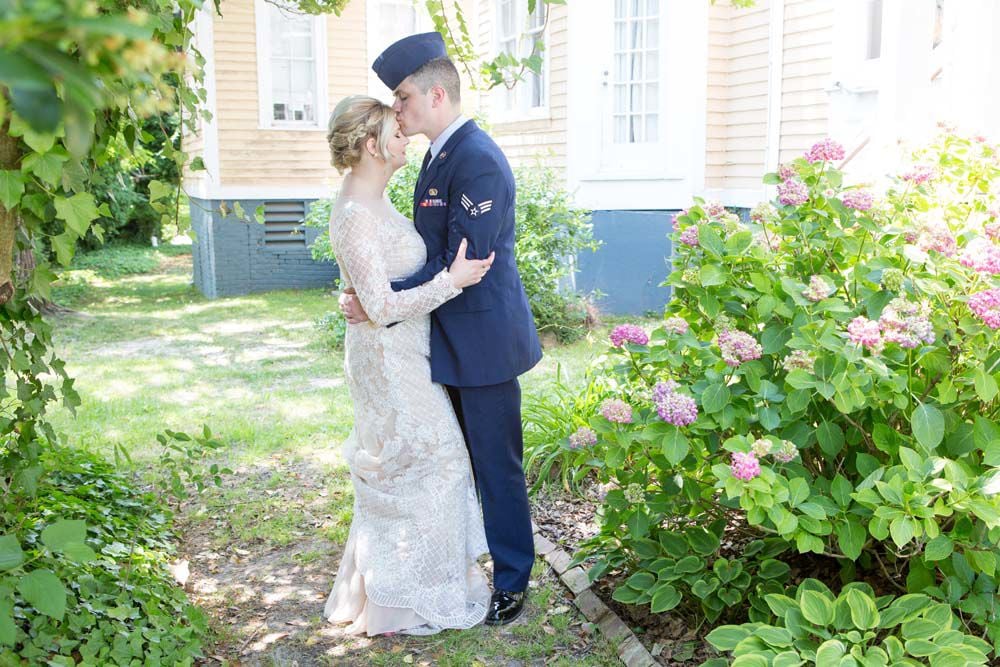 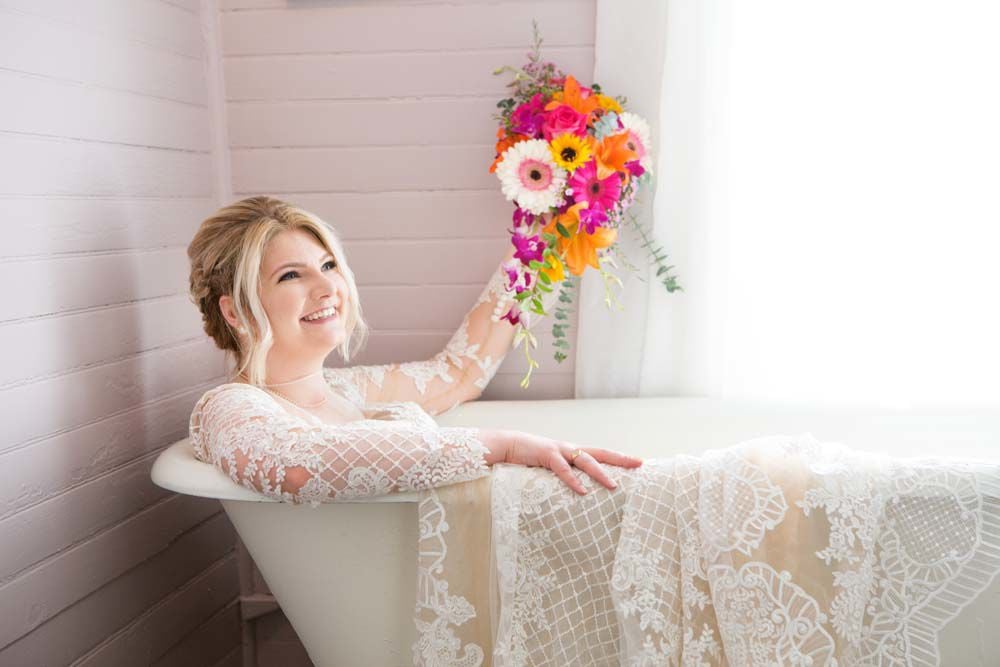 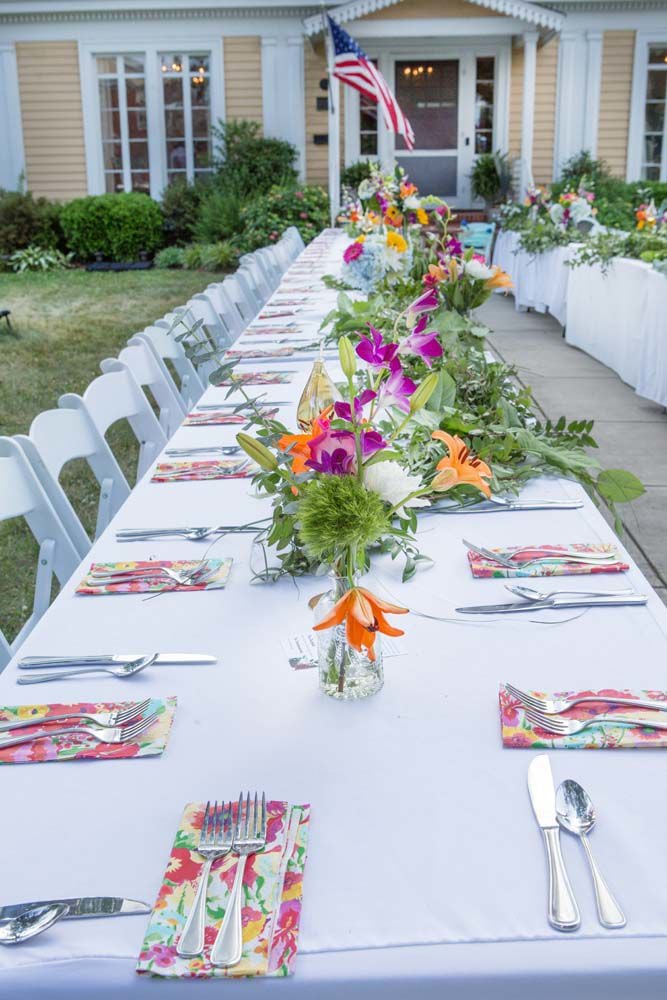 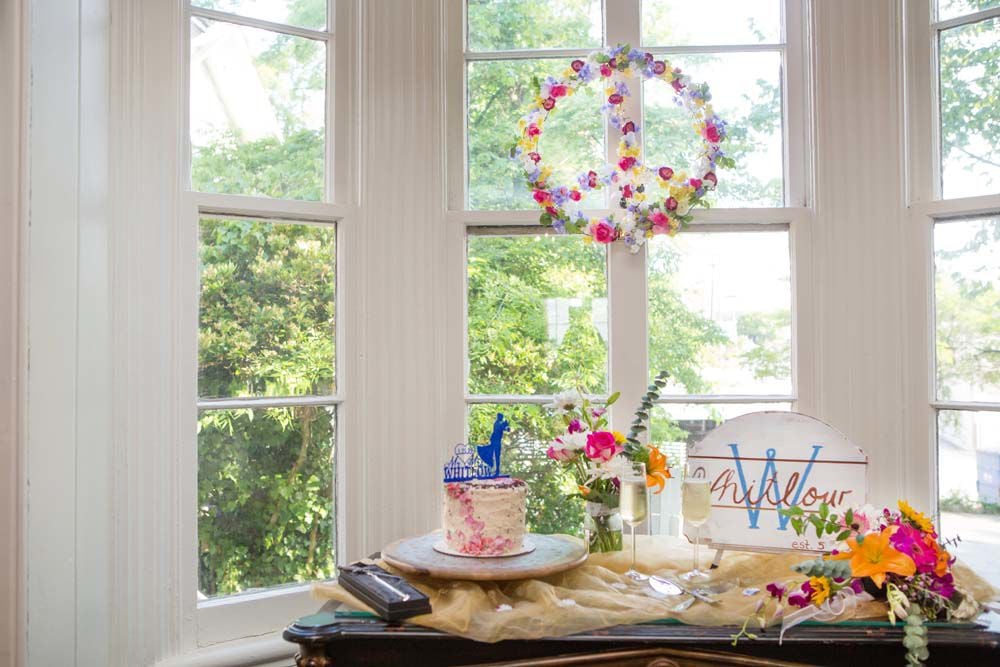 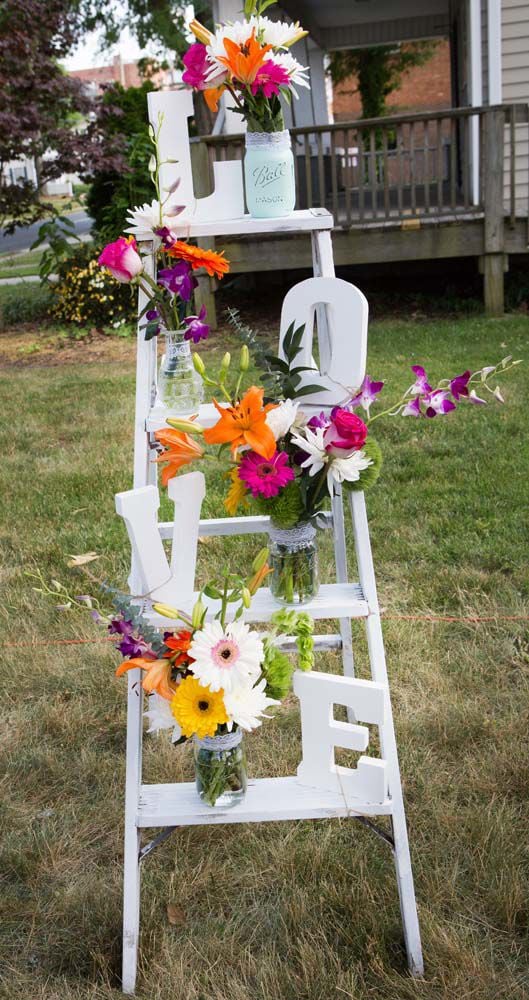 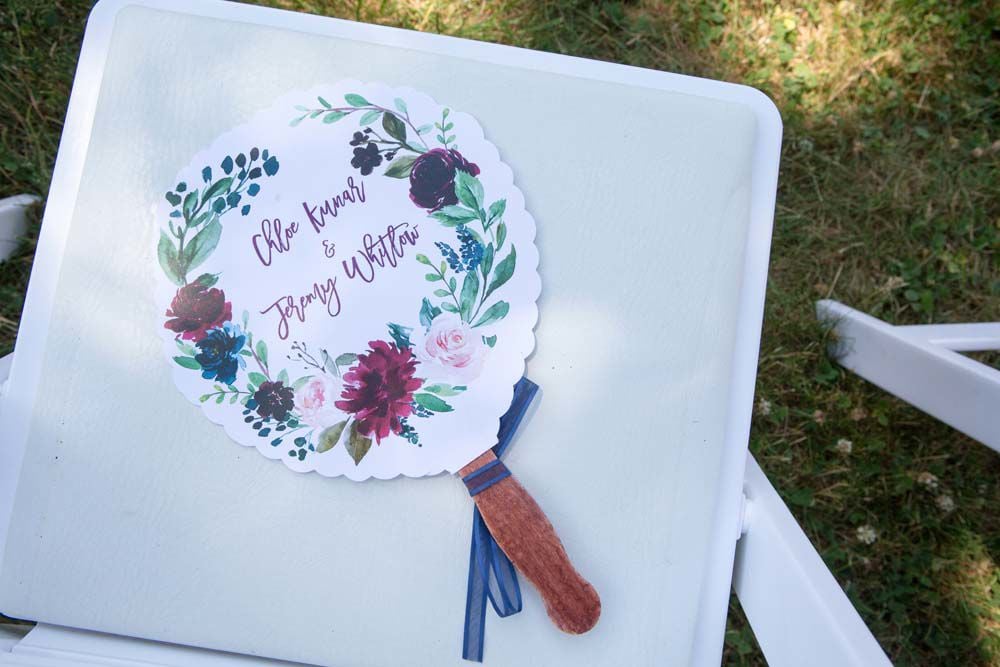 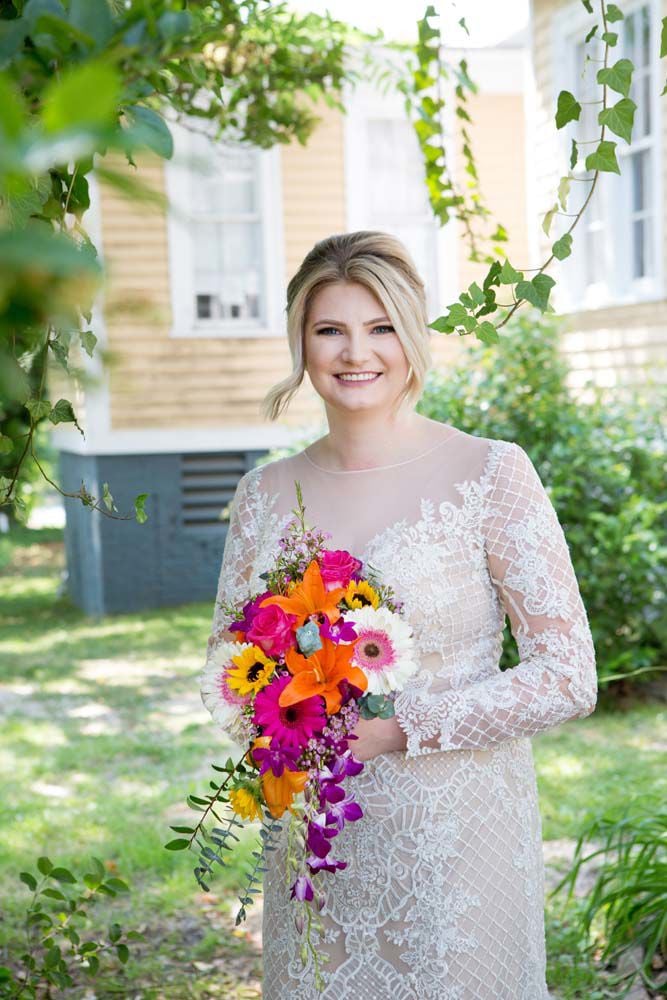 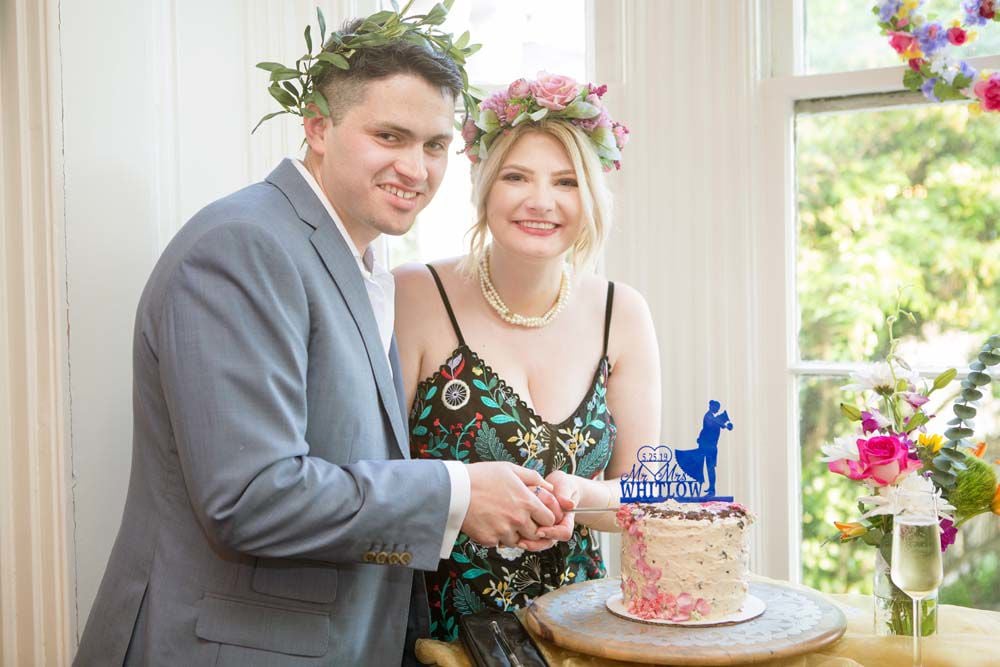 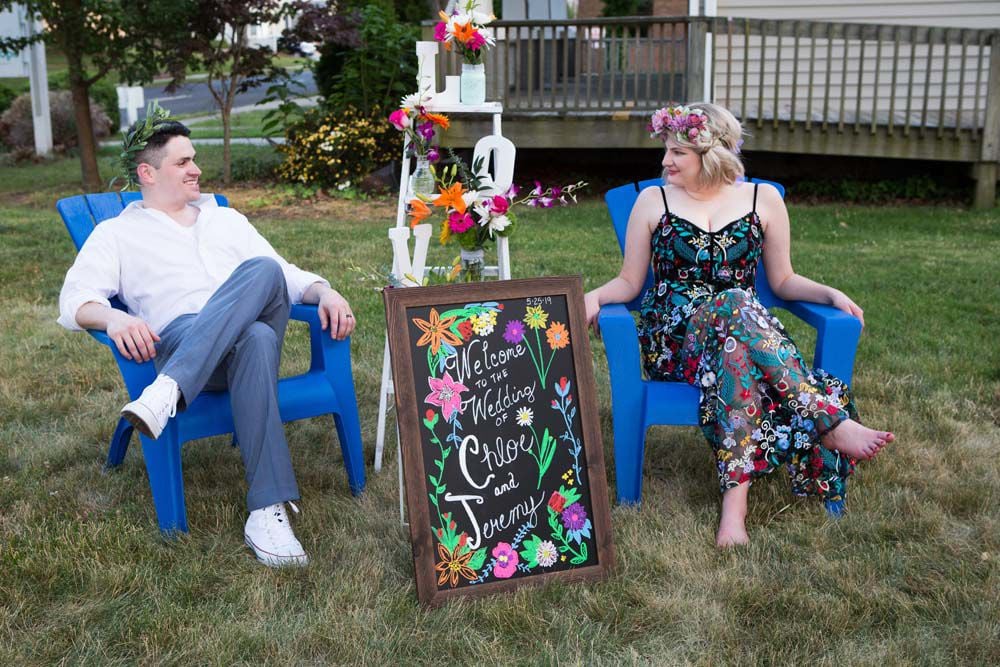 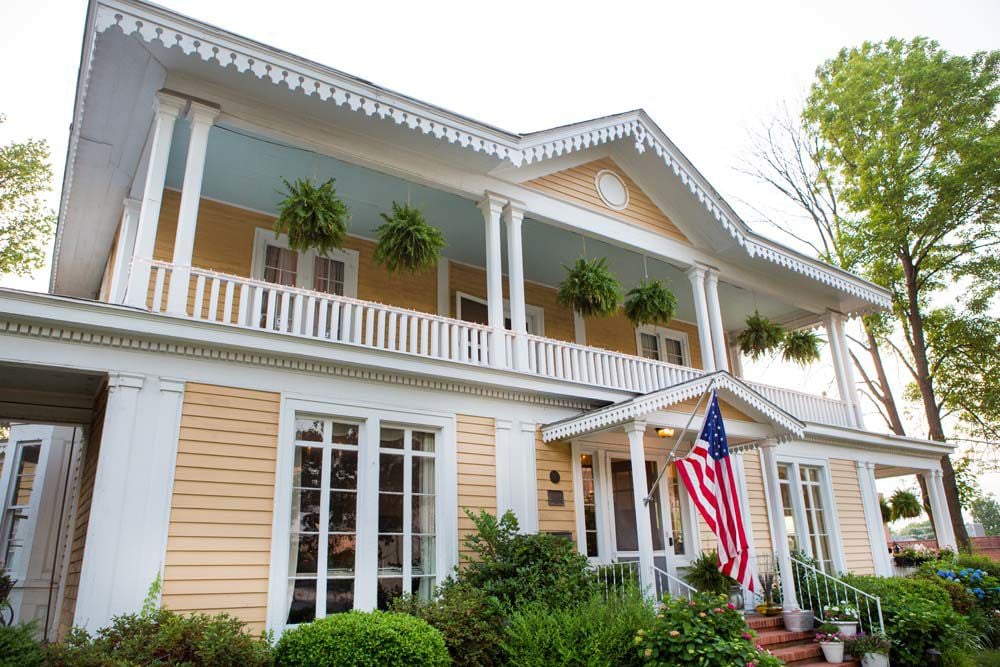 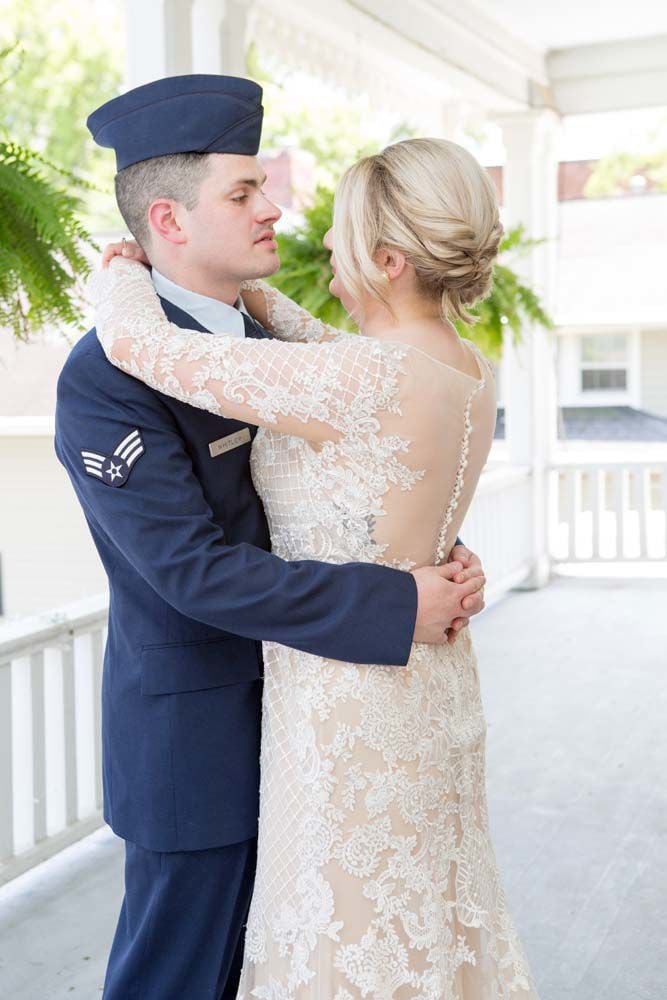 All things come to those who wait, and such was the case with Chloe Kunar and Jeremy Whitlow.

In 2012, they felt an immediate connection while on a blind double date. They couldn’t resist sharing a kiss but acknowledged they weren’t at a good spot for a whirlwind romance. They kept it casual, going on a date here and there, but neither divulged their true feelings for the other.

Jeremy enlisted in the military, and the two lost touch as Chloe pursued her accounting degree at the University of North Carolina at Greensboro.

But on Christmas Eve 2015, their paths crossed again.

Chloe was celebrating with her friends when Jeremy, home from basic training for the Air Force, walked in. He was a man of few words, and Chloe tried to gauge his actions to find a sign that he loved her. As presents were being opened, Jeremy sat down beside Chloe, wrapped her under his arm and — almost as if he telepathically heard the question in her head — whispered, “I don’t want you to doubt how I feel about you.”

They both gave their hearts to each other that Christmas.

The deal was sealed during Chloe’s first visit to Jeremy in California. The couple went on a day trip to San Francisco, and it was in Chinatown that Jeremy received a fortune cookie with some advice that would fortify their relationship. It said, “Embrace this love relationship that you have.” Jeremy felt as though time stood still when they were together, and nothing else seemed to matter.

Over the course of the next year, the two began building a deep friendship that solidified their bond as a couple. Memes, funny videos, and good conversations were the things that helped to stave off how much they missed one another. The strong foundation built during this time would be key in their ability to weather the storm of adversity together.

Chloe visited Jeremy in California several times, and the two were able to keep the spark alive in their long-distance relationship. At the prospect of Jeremy taking a job in another country, the two decided they wanted to pledge their love for one another in front of all their friends and family.

They had only two months to plan their wedding, and Chloe wanted an outdoor wedding in her home city of Greensboro. She quickly found the venue at the Weir-Jordan house. Her caterer, Stacy Street, helped her put together a plant-based “groovy” menu featuring French toast and crab cake entrees for the omnivores, and biscuits, hash brown casserole, and other brunch-type items for the two who love breakfast for dinner. The mimosa bar was a hit, too.

It was an intimate affair with 60 family and friends who came to celebrate with them on May 25, 2019. Chloe wore her mother’s veil with her wedding gown, and Jeremy wore his military uniform. Chloe's brother, Alex, was the DJ and played classic love songs from Chloe's playlist. The newlyweds danced to a cover of “I’m Going to Be (500 Miles)” for their first dance. A London-style cab picked up the newlyweds later that evening to take them to the Proximity Hotel for their first night as man and wife.

“I finally had a reason to stay at Proximity Hotel,” says Chloe.

Their honeymoon was magical. Jeremy had never been to the Magic Kingdom at Disney World, and they splurged. Life is still sweet for the newlyweds.

“I have this overwhelming feeling of security even though Jeremy is in the military,” says Chloe. “I so appreciate that we took the time to talk and get to know each other and build a strong foundation. We are excited to see the world together. He is my forever travel companion, and I want to be everywhere he goes.”