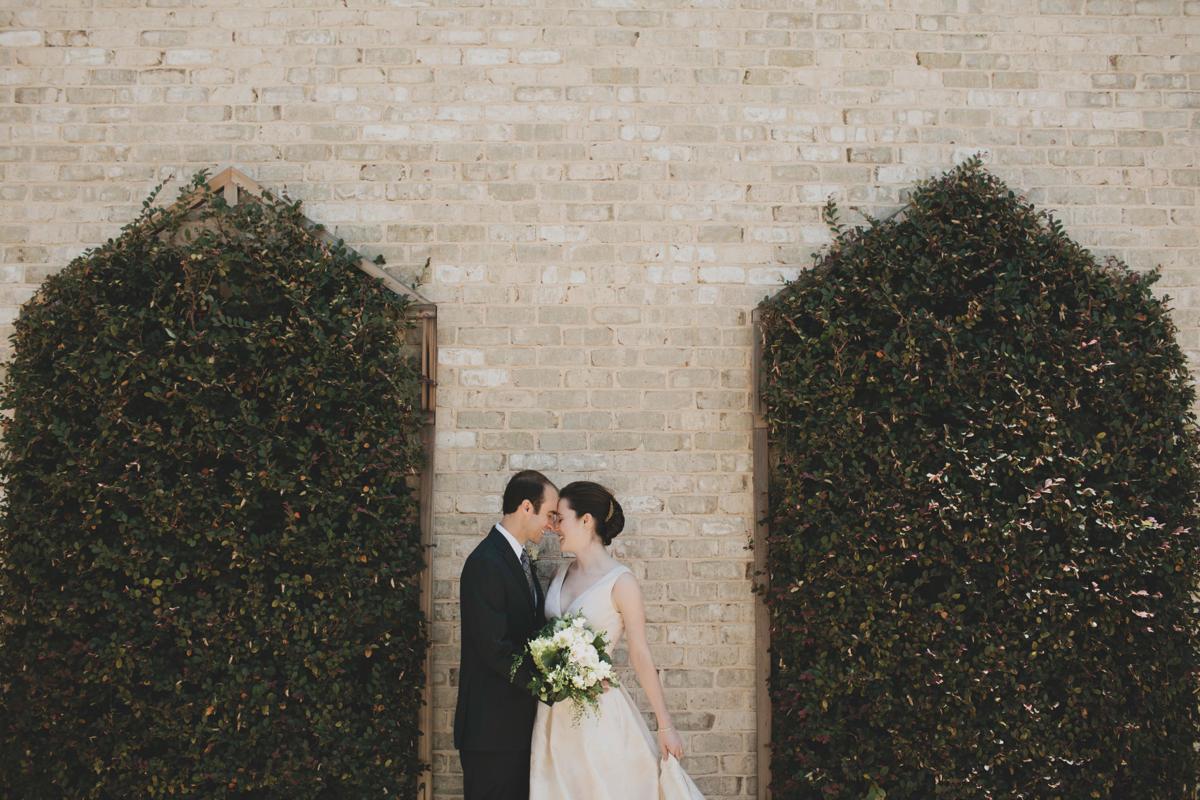 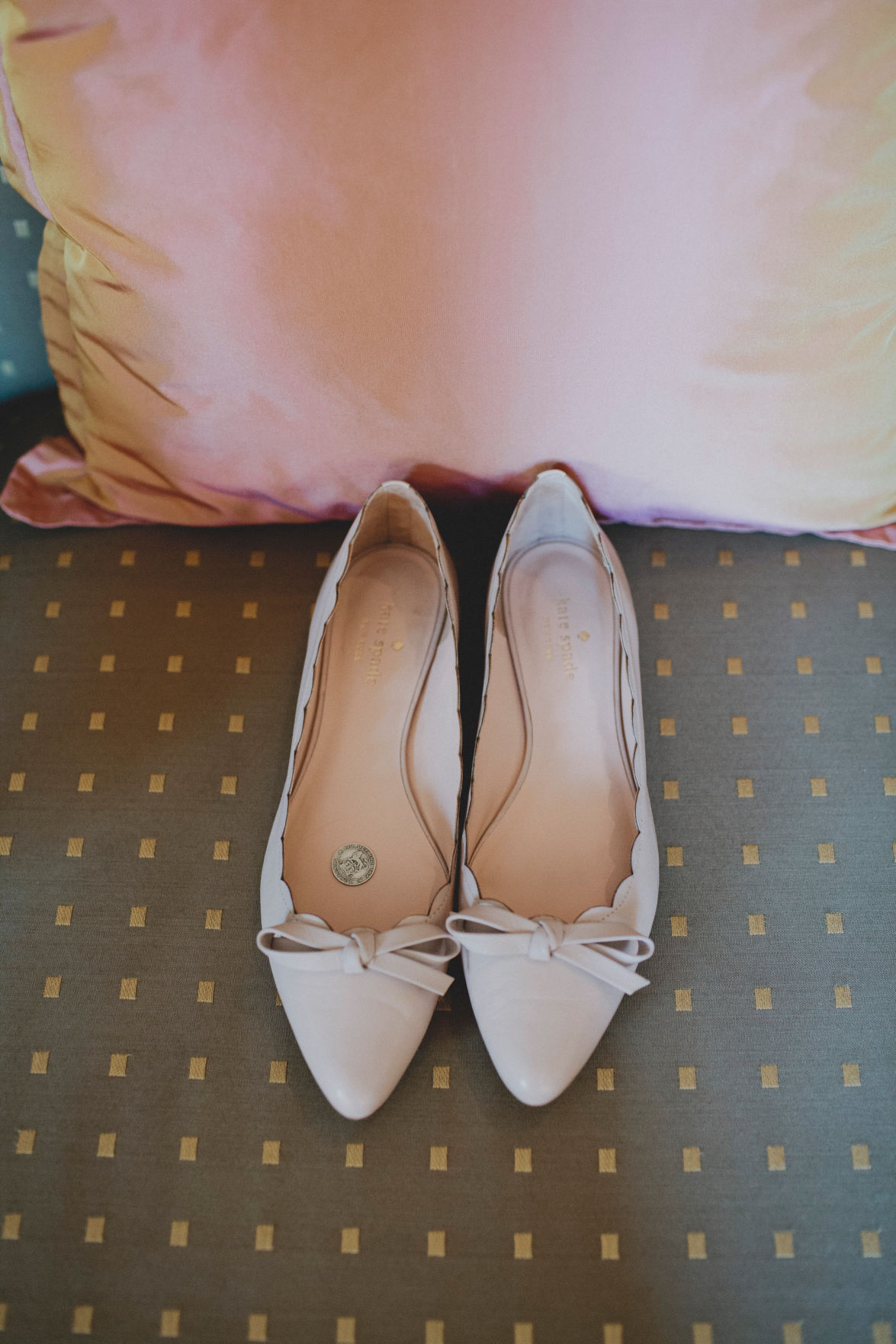 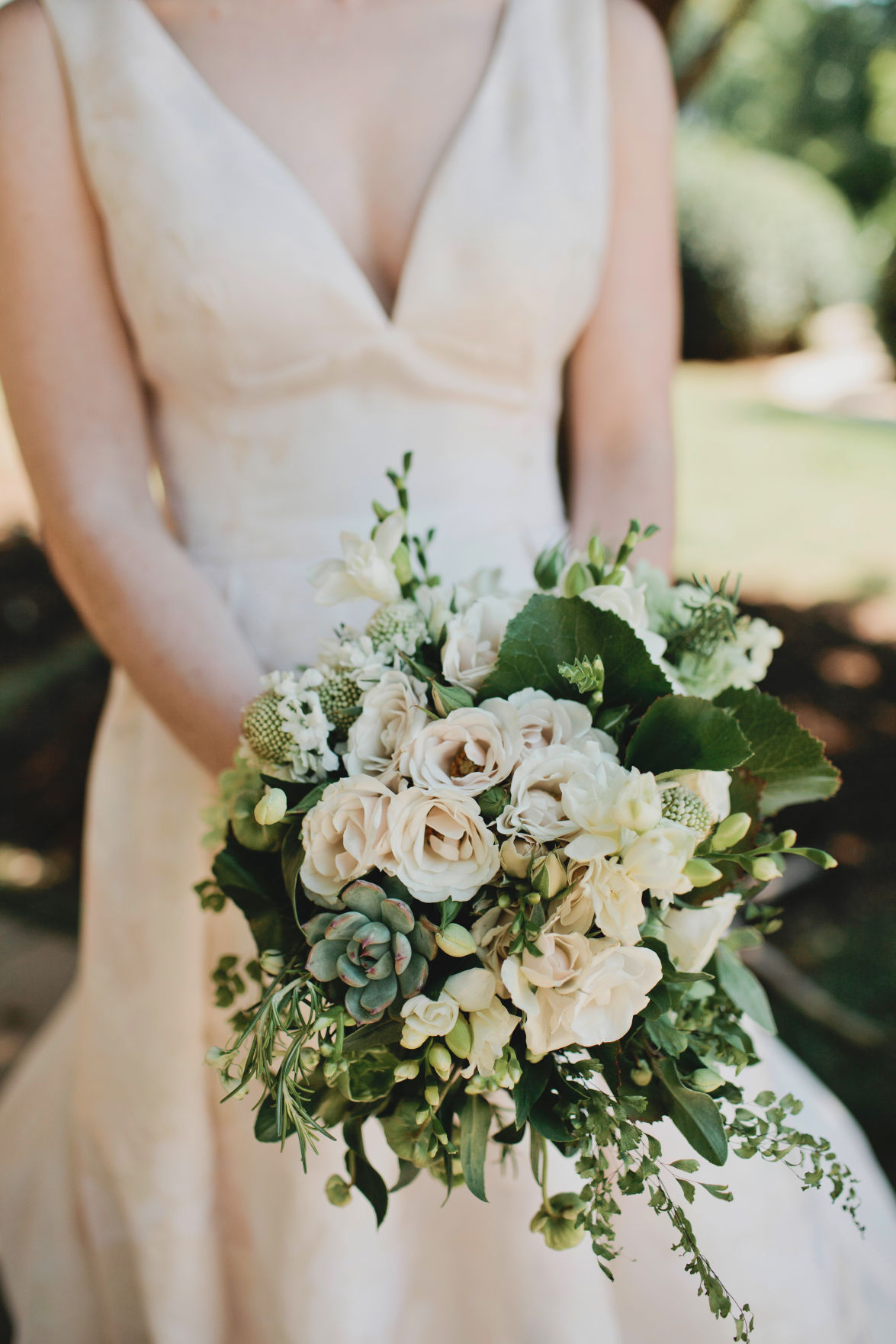 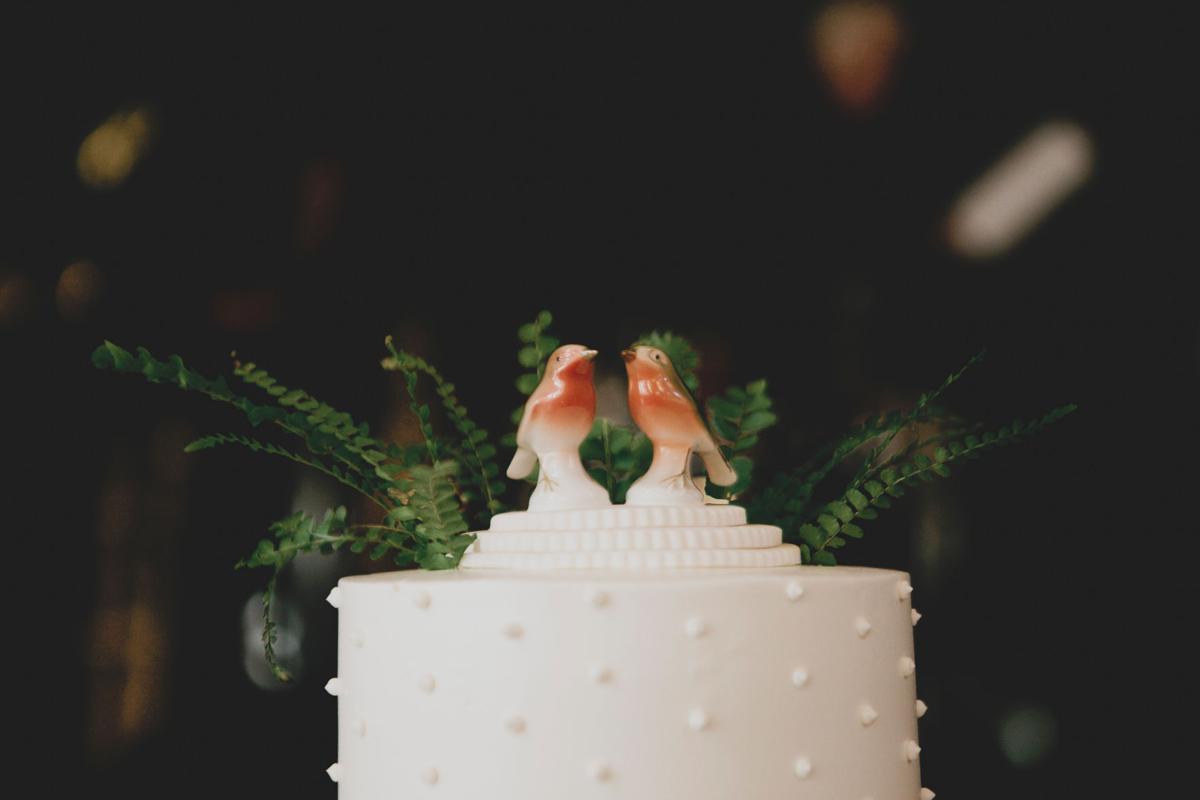 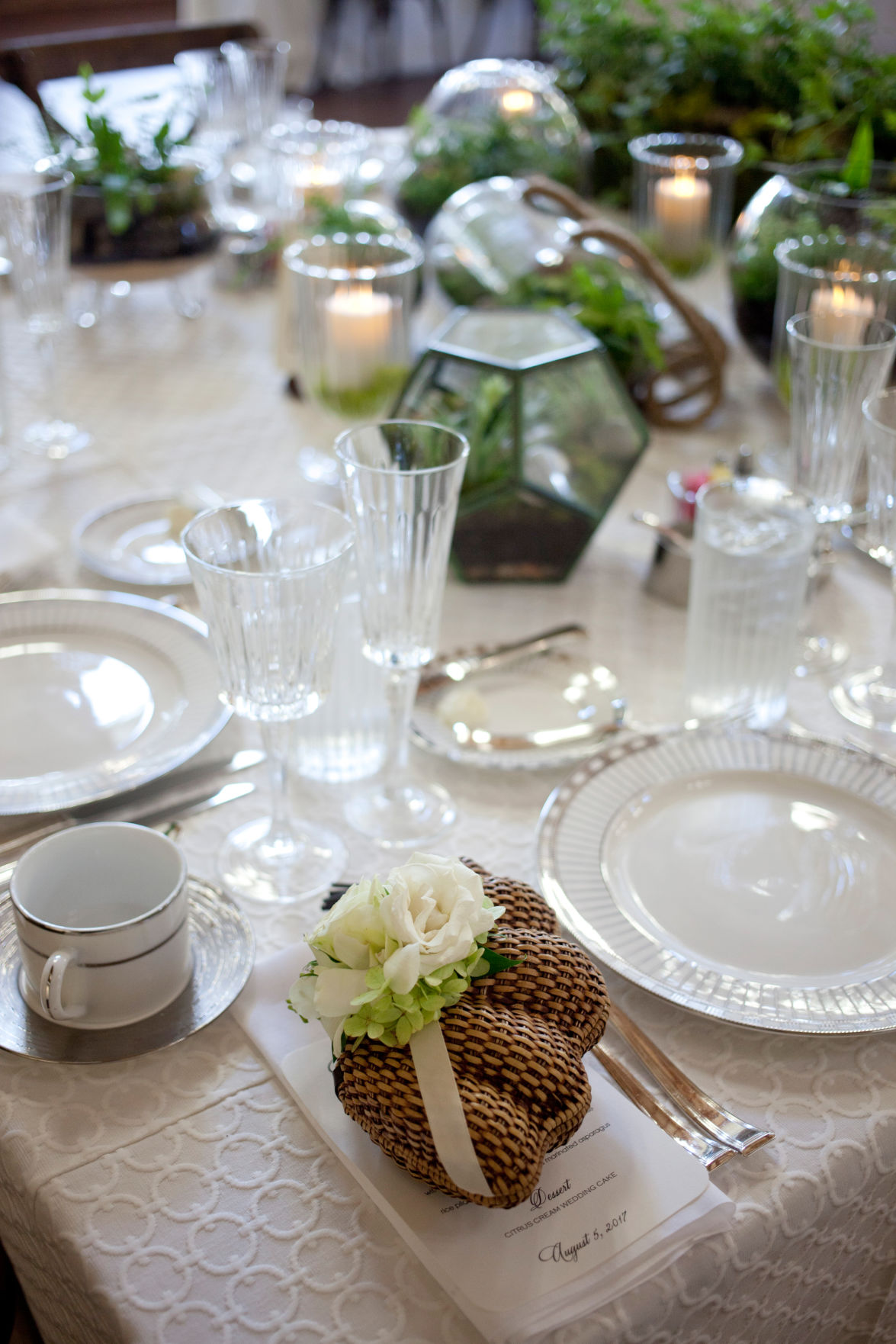 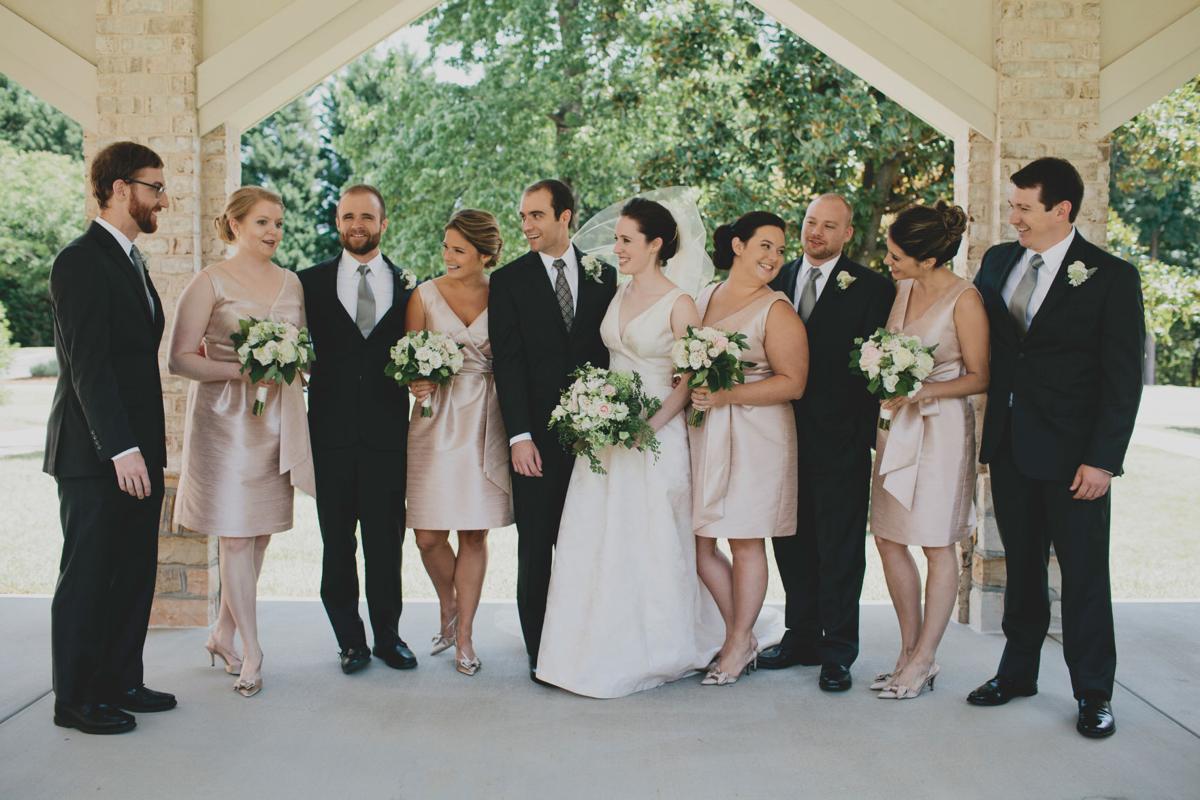 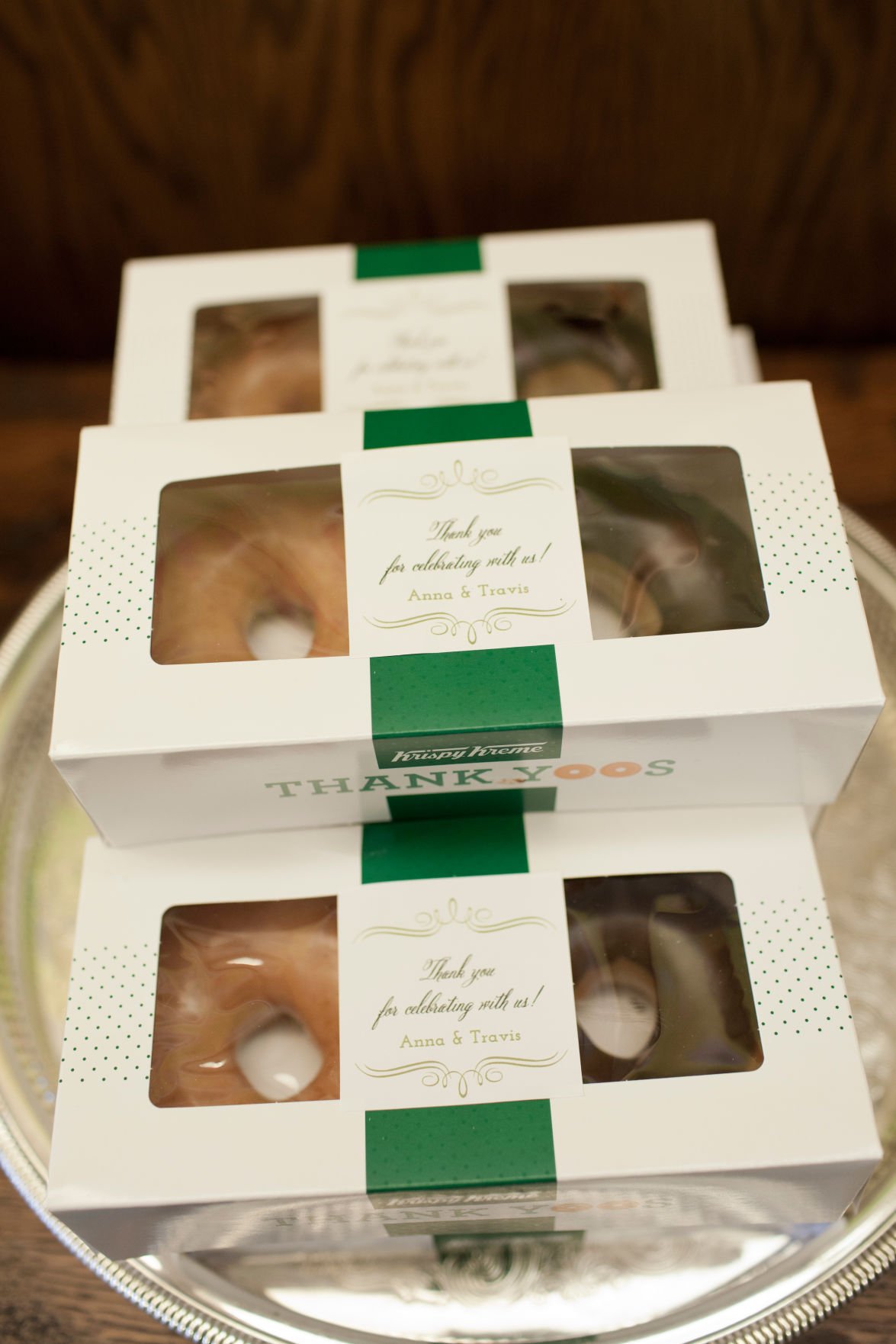 The new generation of young couples devotes the same amount of research and effort to their weddings as their college degrees and careers. These men  and women know what they want, down to the last detail. But what happens when there’s too much work and not much time to plan? The same thing that happened 50 years ago: Mom steps in.

In the case of Anna Eusebio and Travis Noftle, Anna’s mother became involved because Anna was traveling constantly for her job, as well as studying for an MBA. Anna’s parents are Karen and Tom Eusebio, and Travis’s parents are Kim and Randy Noftle.

Anna, a Greensboro native, and Travis, a native of Winston-Salem, met in 2012. They were living in the Raleigh area when they each took a first-time trip to a trivia night at a local bar. Their meeting led to a couple of years of friendship, then a couple of years of dating. They shared a love of music, among other common interests. Travis plays saxophone, and Anna has played violin for more than 20 years.

Their engagement happened when Travis, who works as an analyst for Credit Suisse, joined Anna on a trip to San Francisco in May 2016. Anna frequently travels there for her job as an analyst relations manager at Red Hat.

Travis proposed to her among the majestic redwoods of Muir Woods national park.

Analysts are by necessity focused on the future, and Anna said the wedding planning had begun even before the proposal. “I knew Travis has bought my engagement ring a couple of months before he proposed, so we had a couple of months’ head start,” she says. Distance added to the hectic planning schedule. The wedding and reception would be in Greensboro, where Anna’s parents lived, while Anna and Travis were living in Apex, outside of Raleigh. Anna’s mother scoured websites and magazines for ideas, while Anna took note of details while attending friends’ weddings. Anna says that it wasn’t just her mother’s hard work that made the celebration a success. Her mother delegated responsibility to seasoned professionals. Anna advises prospective brides and grooms to let the vendors handle the heavy lifting, rather than micro-managing every detail.

Anna gave an example: “Randy McManus did our flowers. I told him that green was my favorite color, and that I liked succulents and carnivorous plants. Good vendors … you wind them up and let them go, let them do their job. The reception flowers were simply amazing.”

Anna’s wish-list for her wedding dress was simple. She wanted a dress with covered shoulders, and without heavy beading. That trimmed the list of acceptable dresses, which saved shopping time. Anna’s mom found two dresses by Lela Rose, and their search for a boutique that sold Lela Rose led them to Alexia’s in Raleigh. The winning dress had blush undertones, which influenced the blush color of the bridesmaids’ dresses. The groomsmen wore slate-gray suits.

The celebration on Aug. 5, 2017, began at 11 a.m. with a Catholic Mass at St. Pius X church, followed by a jazz luncheon at Berry Hall at Canterbury School.

Because they are musicians, the choice of music was especially important to Travis and Anna. A traditional quartet with trumpet played some of Anna’s favorite classical songs during the ceremony. Because Travis plays the saxophone, the couple asked for a saxophone to be added to the Likewise Jazz trio at their reception. The quartet played a jazz rendition of “Oh, What a Beautiful Mornin’ ” when the wedding cake was cut.

Another sweet idea originated with Travis: Guests were given two Krispy Kreme doughnuts as they left the reception.

The couple’s honeymoon had to wait a few days because of Anna’s class schedule. trip was a revisit of the San Francisco area, including a trip to Travis’s favorite winery, Gundlach Bundschu, which has been making wine in Sonoma since 1858.

Anna continues to travel for work and was planning a business trip to Asia to coincide with their first anniversary, with her husband accompanying her for some vacation days in Malaysia.