Kirsten and Robert: After Years of Planning, College Sweethearts Say 'I Do'
0 Comments
Share this
{{featured_button_text}}

Kirsten and Robert met soon after they began their freshman year at Newberry College in the fall of 2013. They met through mutual friends and even lived in the same dorm.

Though they lived near each other during college, their first jobs after graduation took them to different parts of the state. Kirsten worked in Archdale, and Robert worked in Matthews.

Both knew the long distance was a strain on them, so they began to look for houses to rent in between their two cities.

In 2018, they found a house in Kannapolis that was perfect for them. They were all set to move in on Nov. 18 with the help of their family.

Kirsten had no idea that Robert planned to make that day even more monumental by proposing. He purchased a personalized ring and received it in early November. To keep it a secret, his parents were holding onto the ring for him. Robert knew the move-in day would be a great day to propose because they would already have their family there.

“We arrived at the house, and I rushed in while Robert and his father were scrambling behind me passing the ring off,” Kirsten says. “I walked into the house to find my family, my dog, and a large balloon sign that asked, ‘Will you marry me?’ I turned around to find Robert on one knee and a GoPro in our face. Robert proposed in our very first home together, with our families right there. It was so special and at the best possible time.”

The couple knew they were financing the wedding mostly themselves, so they took their time planning the wedding — two years and five months, to be exact.

Kirsten, a licensed insurance claims adjuster for National General Insurance, and Robert, a production supervisor at Brakebush Chicken, knew they had to set – and stick to — a strict budget. Their parents helped where they could, and the couple is forever grateful for that.

“I personally wanted a small-to-medium-sized wedding, and Robert just wanted to be married,” Kirsten says. “As a young girl, I had dreamed of my wedding day, so I was not going to settle and change my expectations. Robert agreed, and we got to planning.”

She used a wedding-planning binder she got from Amazon to stay organized.

“The only things Robert and I agreed that we were willing to splurge on would be our photographer and videographer,” she says. “Those services are the ticket to your memory of that day. We look back at our photos and video all the time.”

She has some tips for other couples with a strict wedding budget: “A few of my biggest money-saving tips would include the following. 1. If you can, plan it yourself. 2. Use an Excel spreadsheet to keep track of all spending. 3. Try out DIY projects. 4. Use fake flowers. 5. Check out Facebook Market or see if any friends have leftover decorations. 6. Price shop and do not jump on the first thing you see.”

She has two more pieces of advice for brides: “First, try to plan far enough in advance so you are less stressed when the day gets closer. I got all the big-ticket items out of the way first and then focused on small details as the day got closer. Secondly, enjoy your wedding day because it will be over before you know it!”

Even though it took more than two years to get there, the couple would not trade their wedding for the world.

They were able to incorporate many special touches into their wedding day.

“I wore my late grandmother’s bracelet and was able to surprise my father with this little detail,” the bride says. “A few of my sorority sisters were in our bridal party, and I had their sorority quills attached to my bouquet, and this represented their support of our marriage.”

The couple chose sentimental songs for Robert’s dance with his mother and Kristen’s with her father.

“My father and I did a full dance routine to help lighten the mood and cheer everyone up after the slow songs,” she says.

“Finally, we drove away from our amazing day in a Model T.”

The most memorable moment for both was Kirsten’s walk down the aisle.

“I remember walking down the aisle to Robert and smiling so big that my cheeks hurt,” Kirsten says. “I did not see anyone else but him standing there and I kept thinking to myself, finally!”

“I remember Kirsten walking down the aisle and feeling all of the emotions running through my body,” Robert says.

First dance song: “You’re Still the One” written by Shania Twain and performed by Teddy Swims

Florist: Bride made all arrangements, flowers and greenery from Hobby Lobby

Cupcakes/cake: Two-Tiered Bundt Cake and Bundtinis from Nothing Bundt Cake 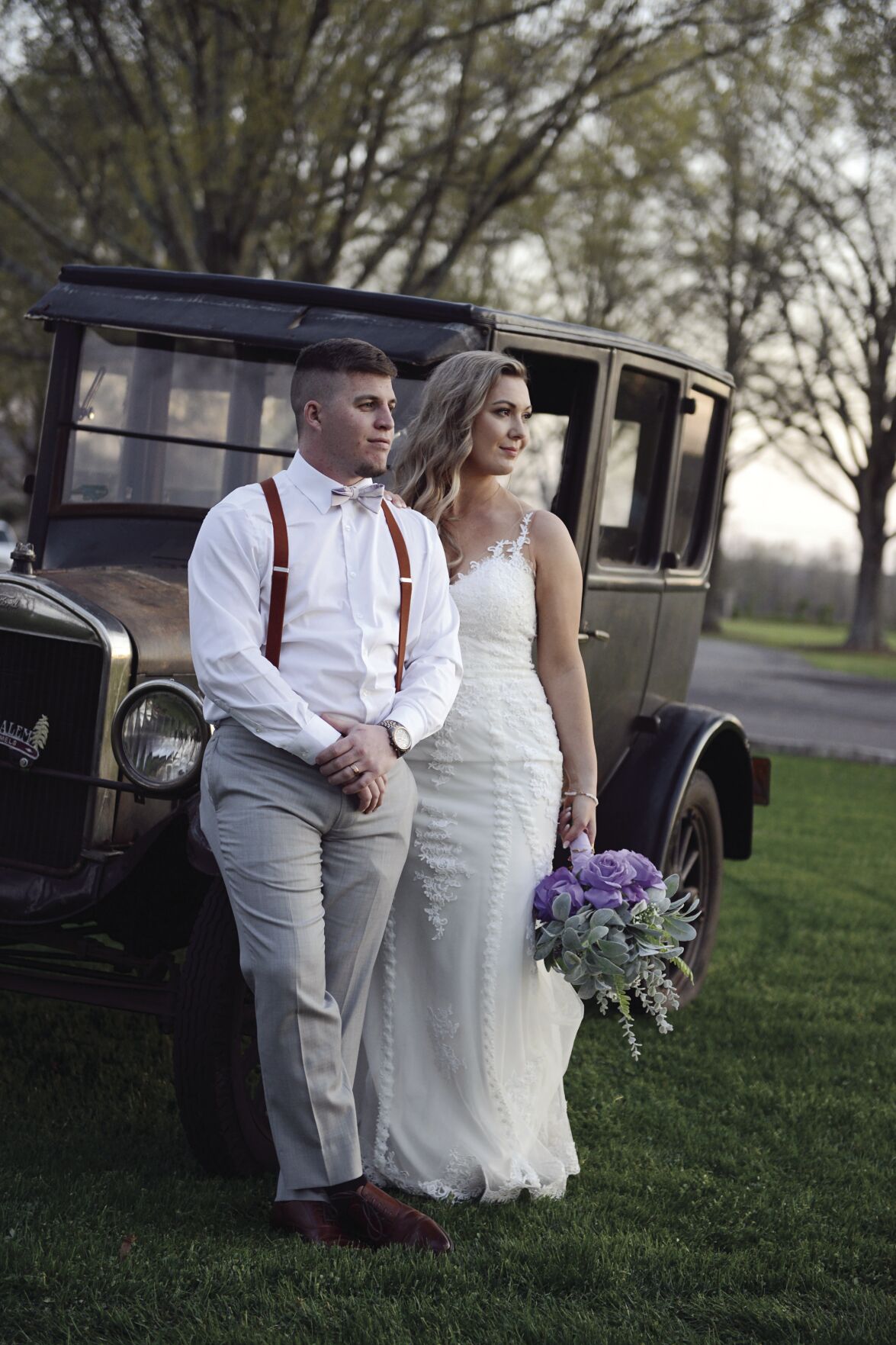 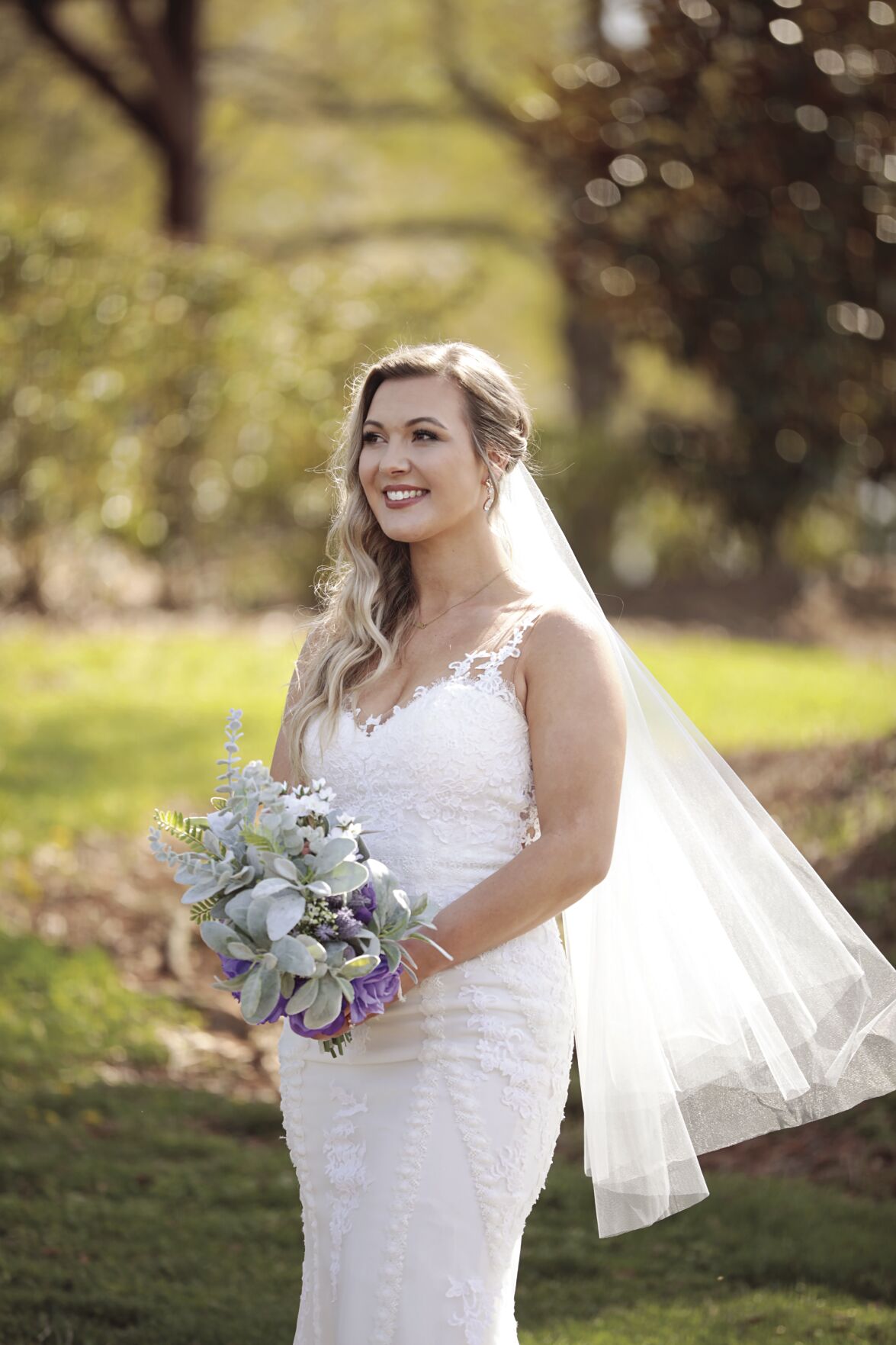 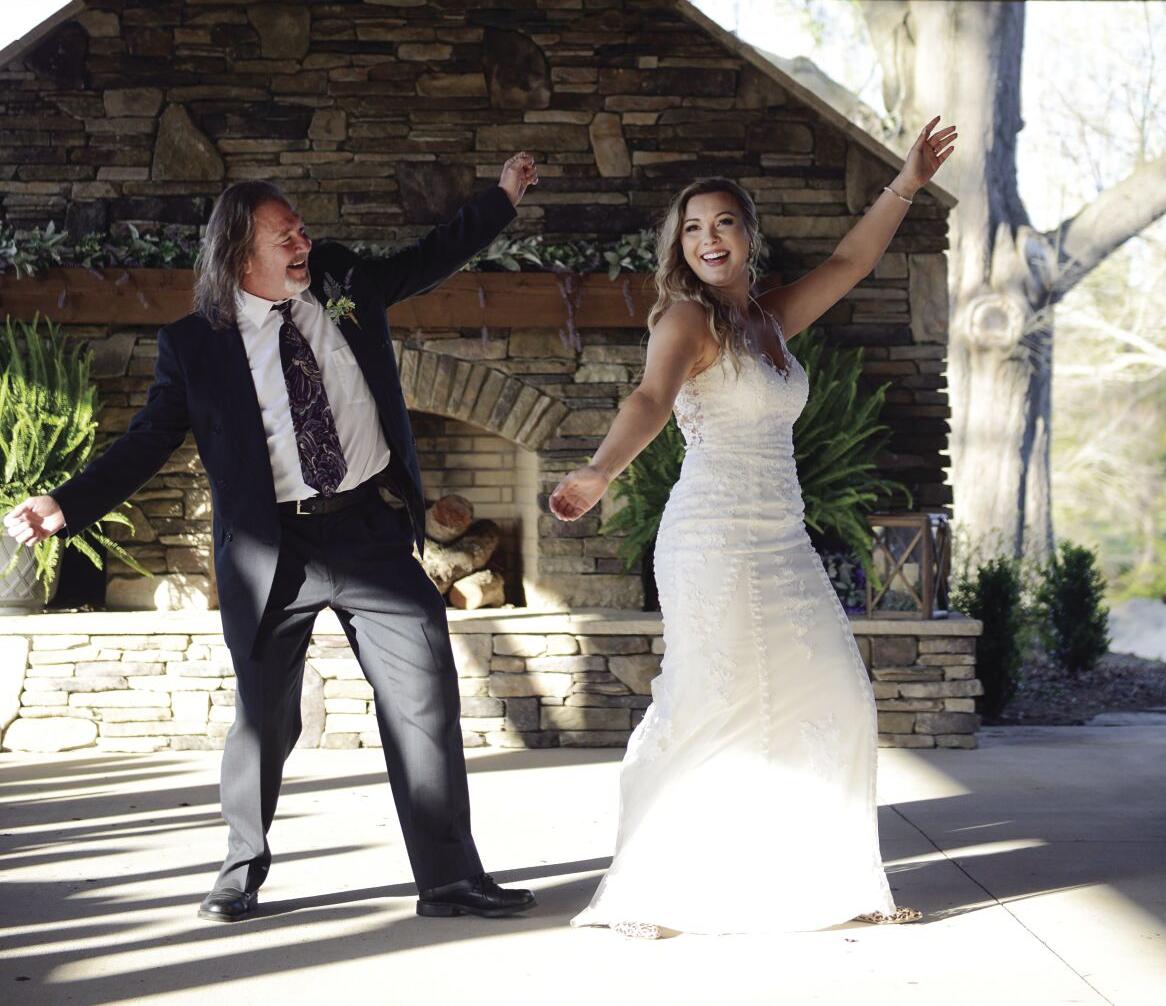