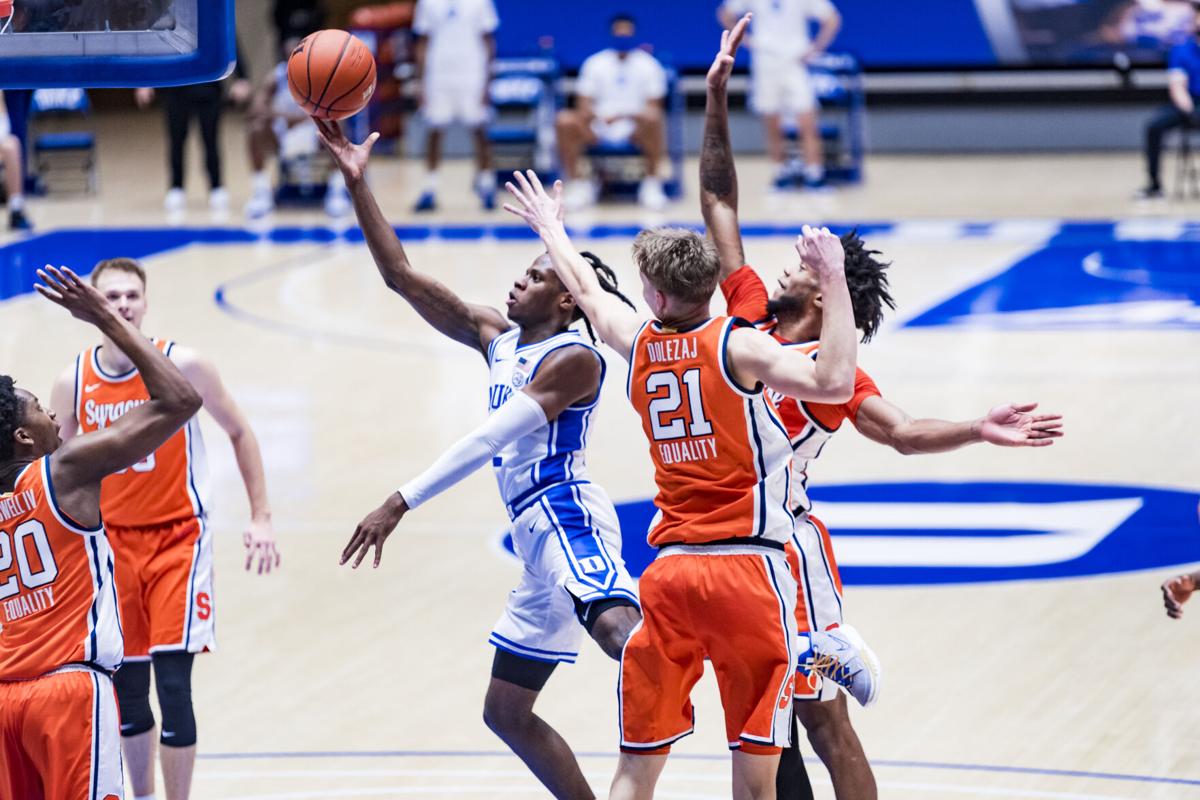 Duke's DJ Steward drives to the basket in the first half of Monday night's game against Syracuse, in Durham. Steward led Duke with 21 points. 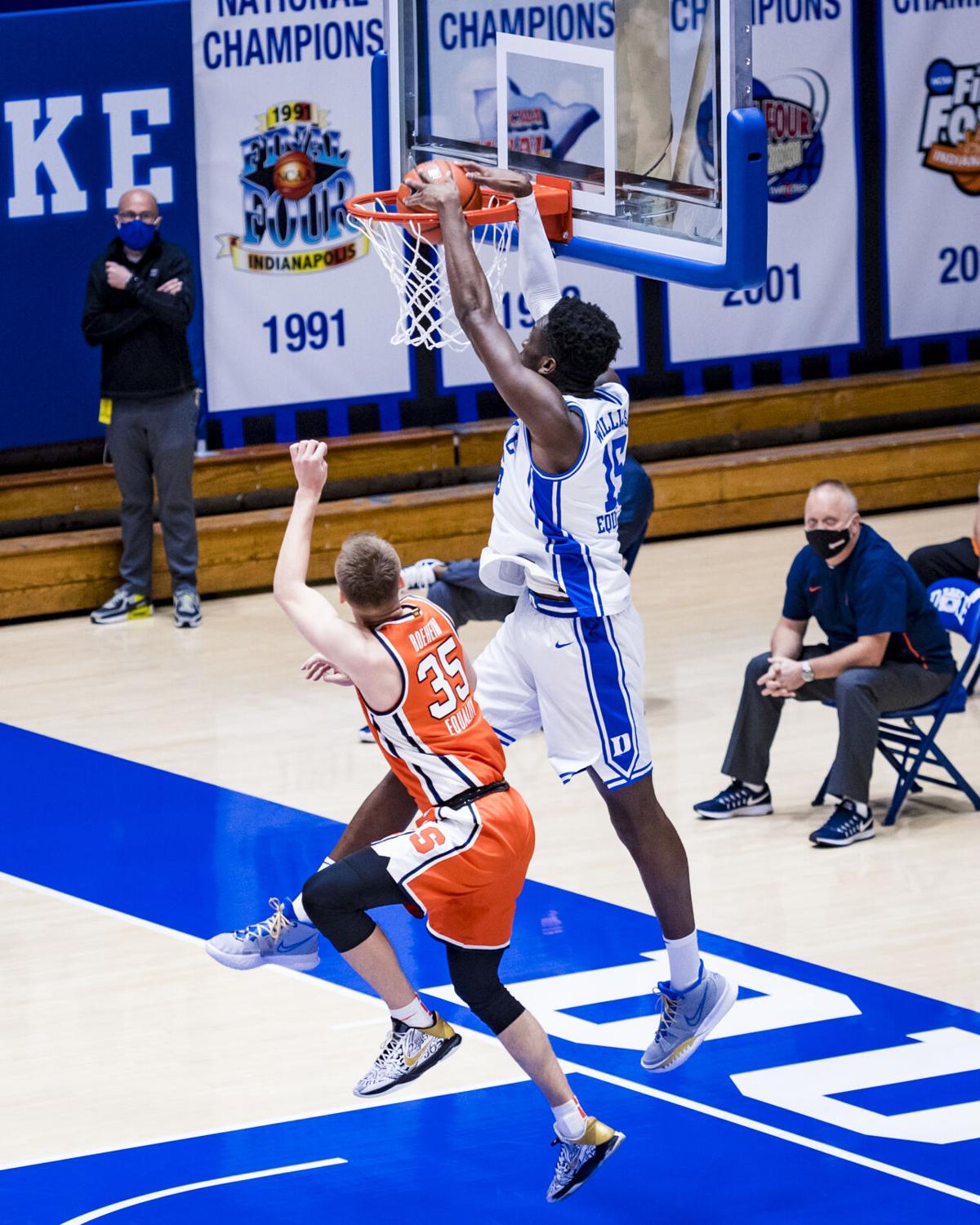 Duke made eight of its first 12 3-pointers and had an assist on its first 16 field goals. The Blue Devils shot 61.3% in the first half, including 10 of 18 from distance, and scored a season-high 52 points with Steward, Jeremy Roach and Matthew Hurt each reaching double figures.

Syracuse trailed by as many as 22 points in the first half, two days after completing its largest comeback victory since 2005 by closing on a 42-12 run to beat Notre Dame. The closest the Orange would get to Duke in the second half was after scoring 10 straight points over the final 4:12.

Hurt, who was named the ACC player of the week after scoring 22 points in back-to-back games, finished with 15 points for Duke (11-8, 9-6). Roach, another freshman, added 14 points, five rebounds and seven assists. The Blue Devils assisted on 27 of 34 field goals while shooting 53.1%.

Duke, which was coming off a 66-65 upset of No. 7 Virginia, faces Louisville on Saturday. Syracuse is scheduled to play Georgia Tech on Saturday, and closes its regular season against North Carolina on March 1.

Dear Miss Manners: When a videoconference is scheduled for a certain time, does one "arrive" 10 minutes ahead of time in order to try to conne…

Duke's DJ Steward drives to the basket in the first half of Monday night's game against Syracuse, in Durham. Steward led Duke with 21 points.