Please subscribe to keep reading. You can cancel at any time.
Already a subscriber?
Log in or Activate your account.
Loading&hellp
No thanks, return to homepage.

Local
featured
Had the Johnson & Johnson vaccine? Here are the symptoms to watch for.

Forsyth County’s three main vaccine providers have halted the use of the Johnson & Johnson COVID-19 vaccine — three days after nearly 6,000 doses were given at two mass vaccination clinics in Winston-Salem.

The Centers for Disease Control & Prevention and the Food and Drug Administration said Tuesday “we are recommending a pause in the use of this vaccine out of an abundance of caution” until a review is completed.

The agencies said six women in the U.S. between the ages of 18 and 48 came down with a rare disorder that produced blood clots after being vaccinated with the one-dose J&J vaccine. One woman died, and a second woman in Nebraska has been hospitalized in critical condition, according to The New York Times.

The Forsyth Department of Public Health, Novant Health Inc. and Wake Forest Baptist Health officials said individuals who had the J&J shot at least three weeks ago should not be affected.

Officials said that those who had the vaccine within the last three weeks should watch for unusual symptoms, including those similar to a stroke, and contact a doctor if they appear.

“If you develop a severe headache, visual changes, weakness of your face or limbs, swelling of extremities … anything that seems out of the ordinary for a vaccine response,” Dr. David Priest, an infectious disease specialist for Novant, said.

Other signs to watch for, Forsyth Health Director Joshua Swift said, include abdominal and leg pain or shortness of breath.

“These events are incredibly rare but are serious,” Priest said.

Both Priest and Swift said they are not aware of any local cases of serious reactions to the J&J shot.

Melinda Smith, a 39-year-old Forsyth County resident, got her J&J dose on March 13 at Winston-Salem Fairgrounds.

"I found out about an hour before going to the Fairgrounds for my shot that it would be J&J," Smith said.

"I was concerned the efficiency wasn't as high as others, but decided it had been found to be effective enough to go forward with inoculation."

Smith said the decision to pause the J&J doses doesn't concern her.

"I was happy to get it because of the one-and-done nature that provided coverage much faster than the two-dose option," Smith said.

"I have zero worries or regrets. The incidence of blood clots is such an insignificant rate, especially when compared to birth control, smoking or even contracting COVID."

The CDC reported Monday that about 6.9 million in the U.S. have received the J&J vaccine.

That includes at least 242,762 in North Carolina as of noon Tuesday. There have been close to 10,000 J&J doses provided in Forsyth, primarily by the health department, along with Novant and Wake Forest Baptist Health.

The N.C. Department of Health and Human Services said it is following the guidance of the federal agencies.

“The safety system in place is working as it should,” DHHS said.

The health department, Novant, Wake Forest Baptist and Cone Health said that anyone scheduled to receive the Johnson & Johnson vaccine will either receive a Pfizer or Moderna vaccine in its place or will be rescheduled.

Novant said that “today’s development should reassure us that the CDC and FDA are diligently monitoring the safety of each vaccine.”

A combined 8,500 J&J doses were scheduled to be provided Saturday at mass-vaccination events at the Winston-Salem Fairgrounds’ Education building and Novant’s Hanes Mall site.

Swift said 4,442 J&J doses were used at the Fairgrounds’ event. The rest of the scheduled appointments were no shows.

Meanwhile, Novant said it provided 1,400 J&J doses of the 2,500 available at the Hanes Mall event.

Among the CDC and FDA recommendations: halting the J&J doses at FEMA’s mass-vaccination sites, including at Four Seasons Town Center in Greensboro.

The FEMA Greensboro center began operations March 10 and is projected to provide up to 3,000 vaccinations daily for up to eight weeks.

Winston-Salem State University has been serving as a vaccination site as part of FEMA’s local mass vaccination. That site, which is open each Saturday, is using the Pfizer two-dose vaccine.

The federal advisory on the J&J vaccine comes after the CDC issued notices Thursday and Friday saying the vaccine was safe to use after individuals in four states, including North Carolina, complained of getting sick after being vaccinated.

A clinic providing the J&J vaccine in Wake County on Thursday was halted after 18 people who got the vaccine experienced side effects, including nausea, dizziness, fainting and one allergic reaction, the N.C. Department of Health and Human Services said.

Four were taken to hospitals for observation. All but one has been released, DHHS said.

Problems with the vaccine have been reported in three other states, Colorado, Georgia and Iowa. Those states have either halted the use of the J&J vaccine at some sites or are investigating vaccination reactions.

In preparation for last weekend’s mass-vaccination events with the J&J vaccine, officials with Forsyth’s three primary health care providers said Friday that the vaccine was safe.

Swift said it is likely that some of the vaccination no-shows at Saturday’s Fairgrounds event were related to concerns with those J&J-related incidents from last week.

Swift said a concerning factor about pausing use of the J&J vaccine is that it is becoming the preference of individuals who only want one dose or who have issues with needles.

Both Priest and Swift said the J&J vaccine has been emphasized for serving homeless individuals and minority communities because of the one-dose requirement.

An adjustment will mean supply is not expected to exceed demand in the short term.

Had the shot? What to look for

Symptoms of a serious reaction to the J&J vaccine include:

*Weakness in face or limbs

*Swelling in your arms or legs 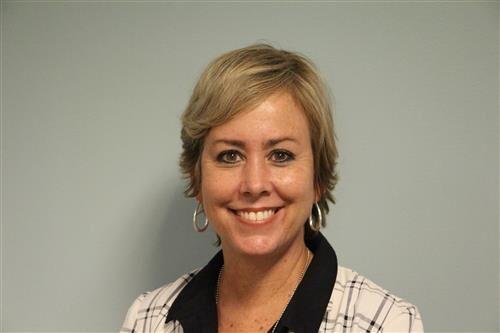