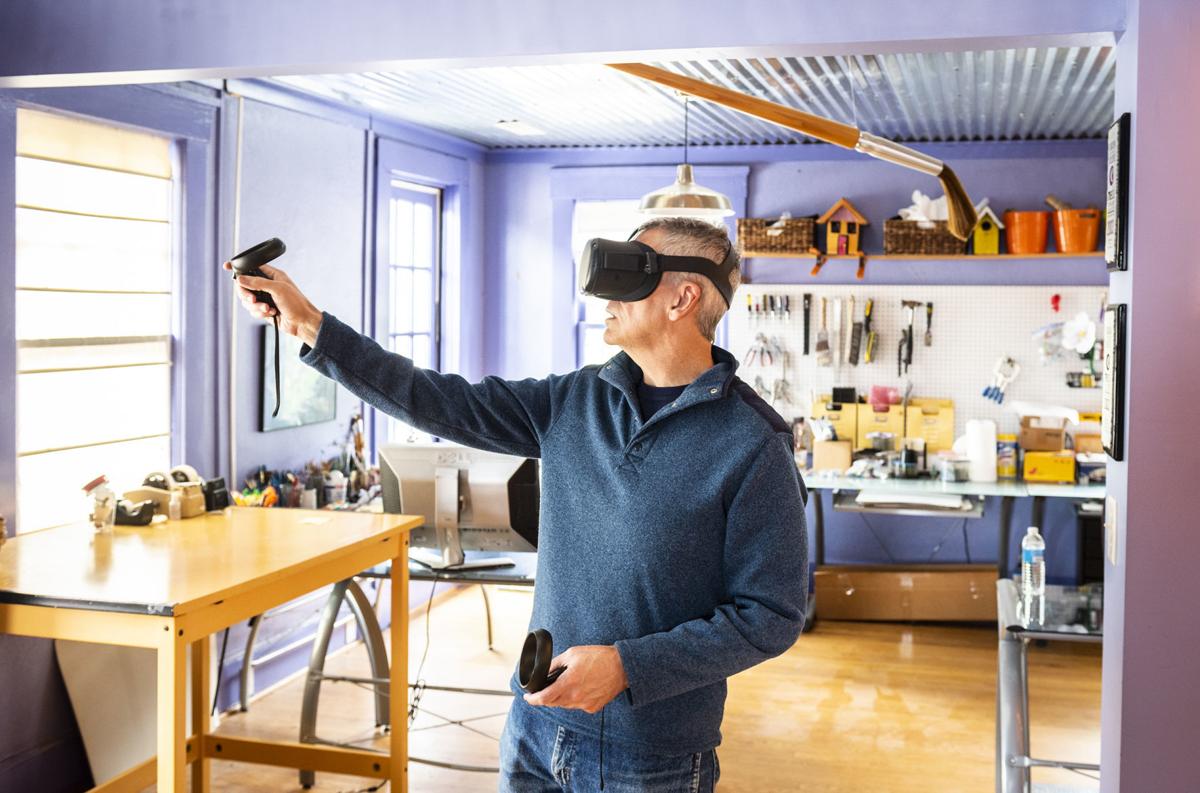 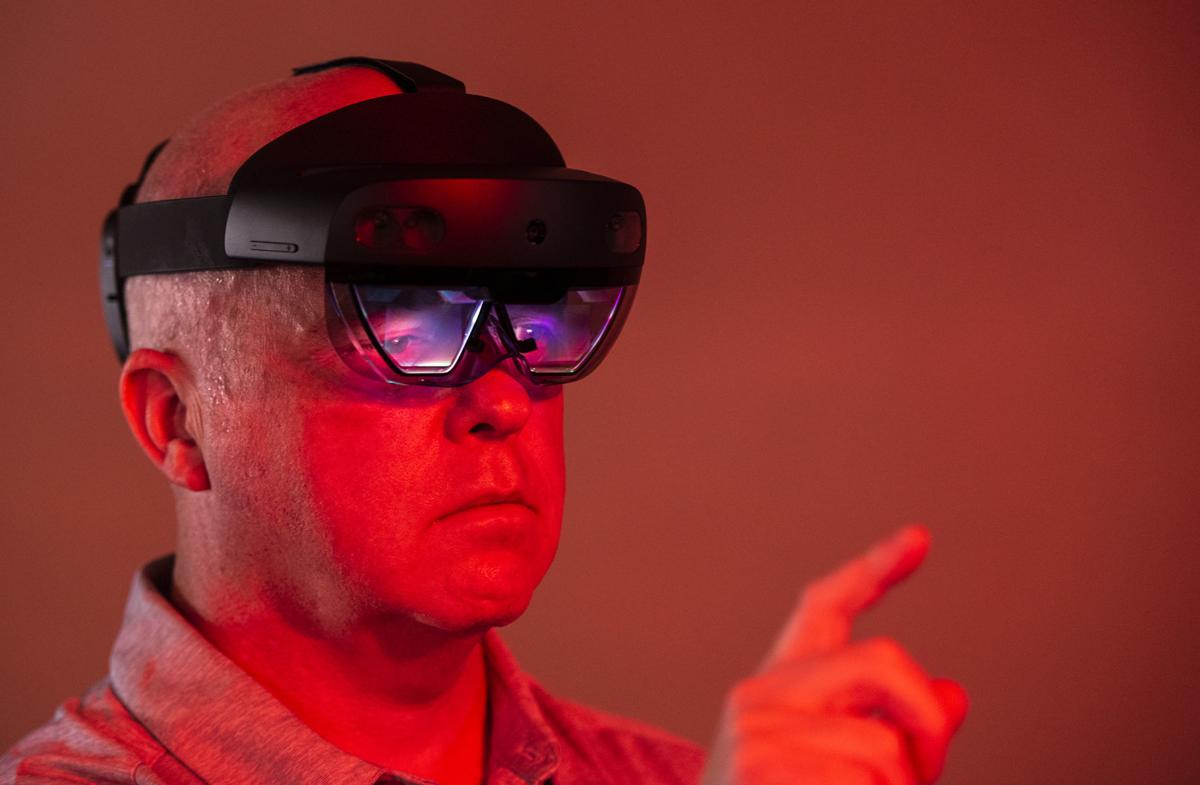 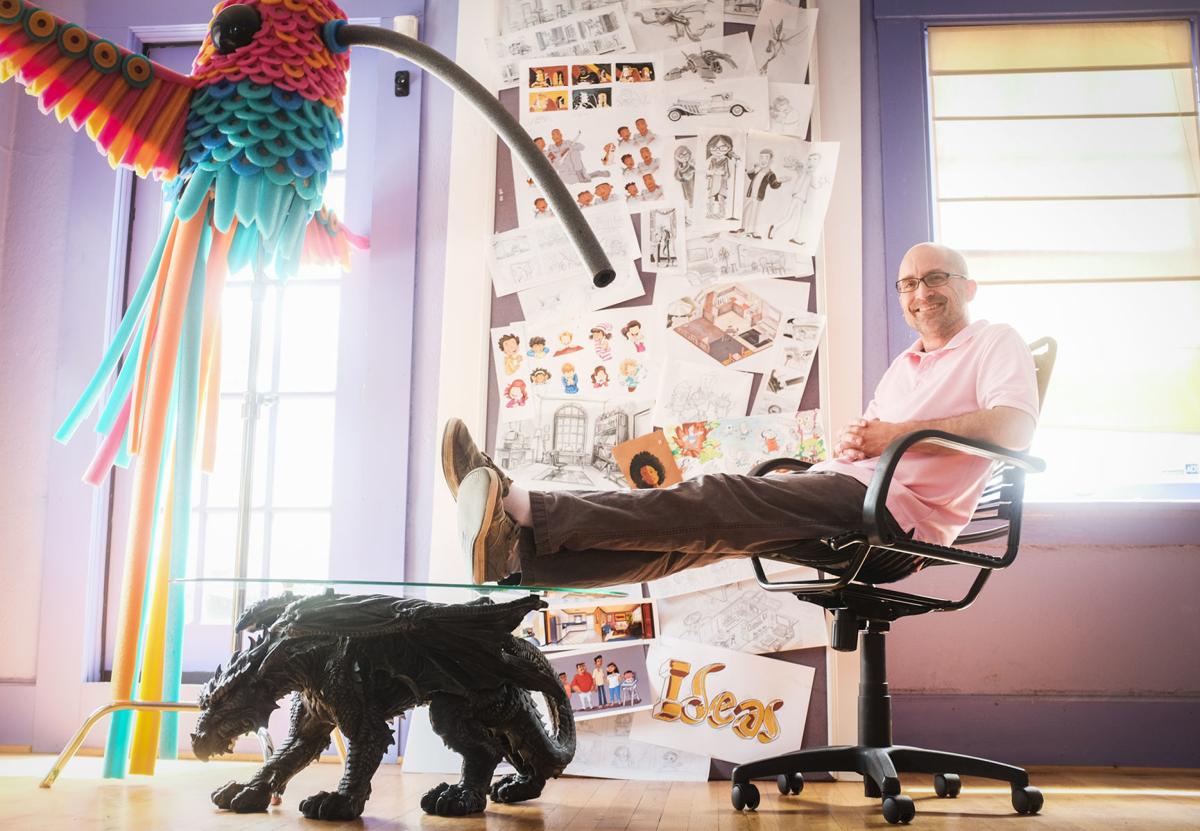 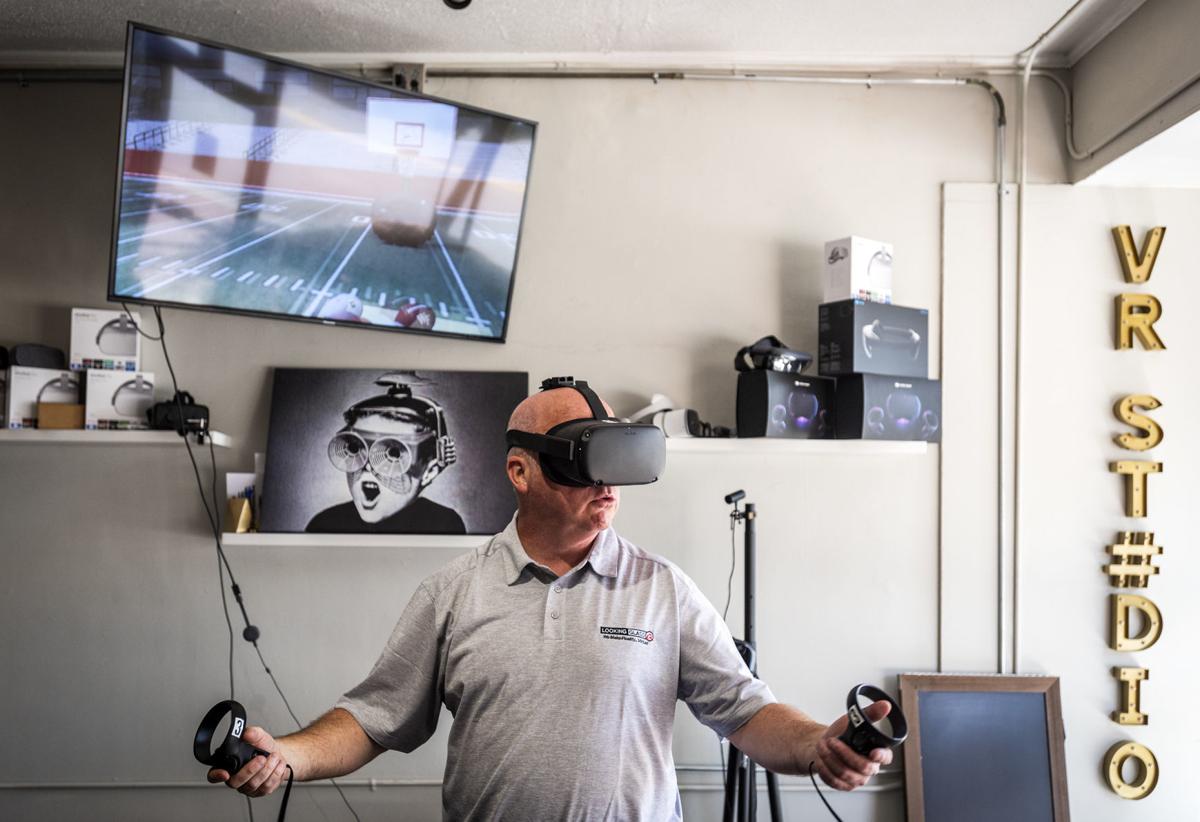 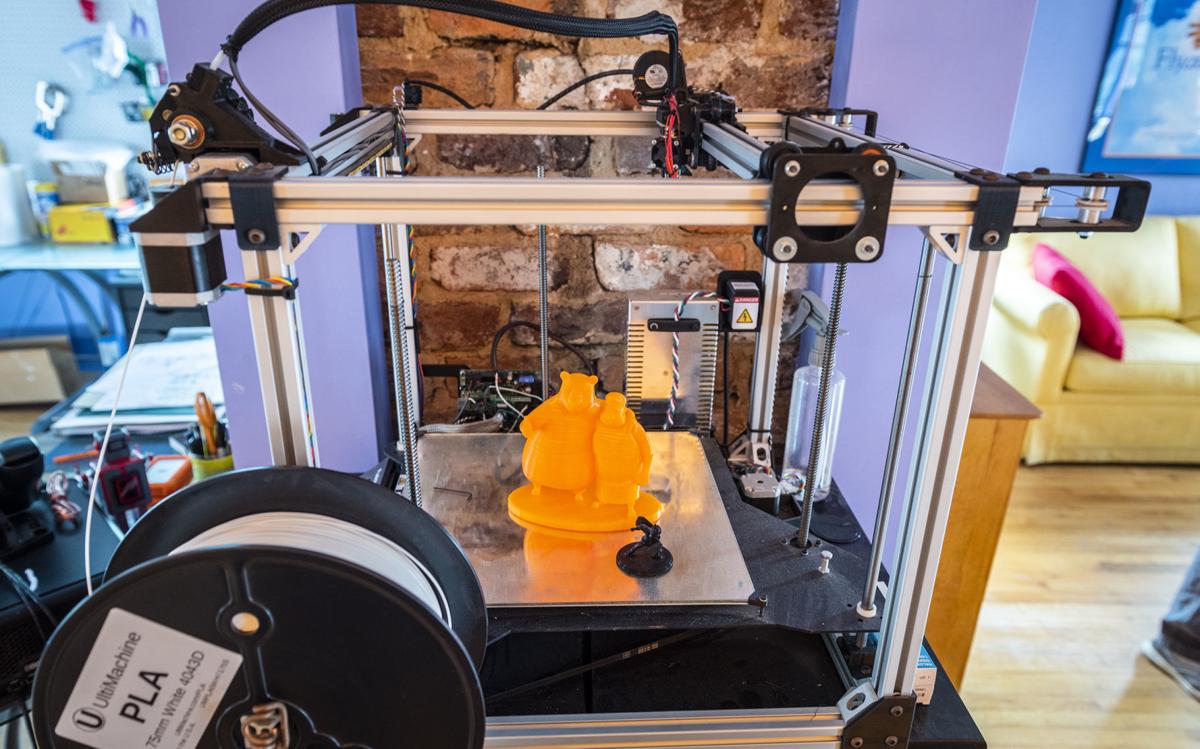 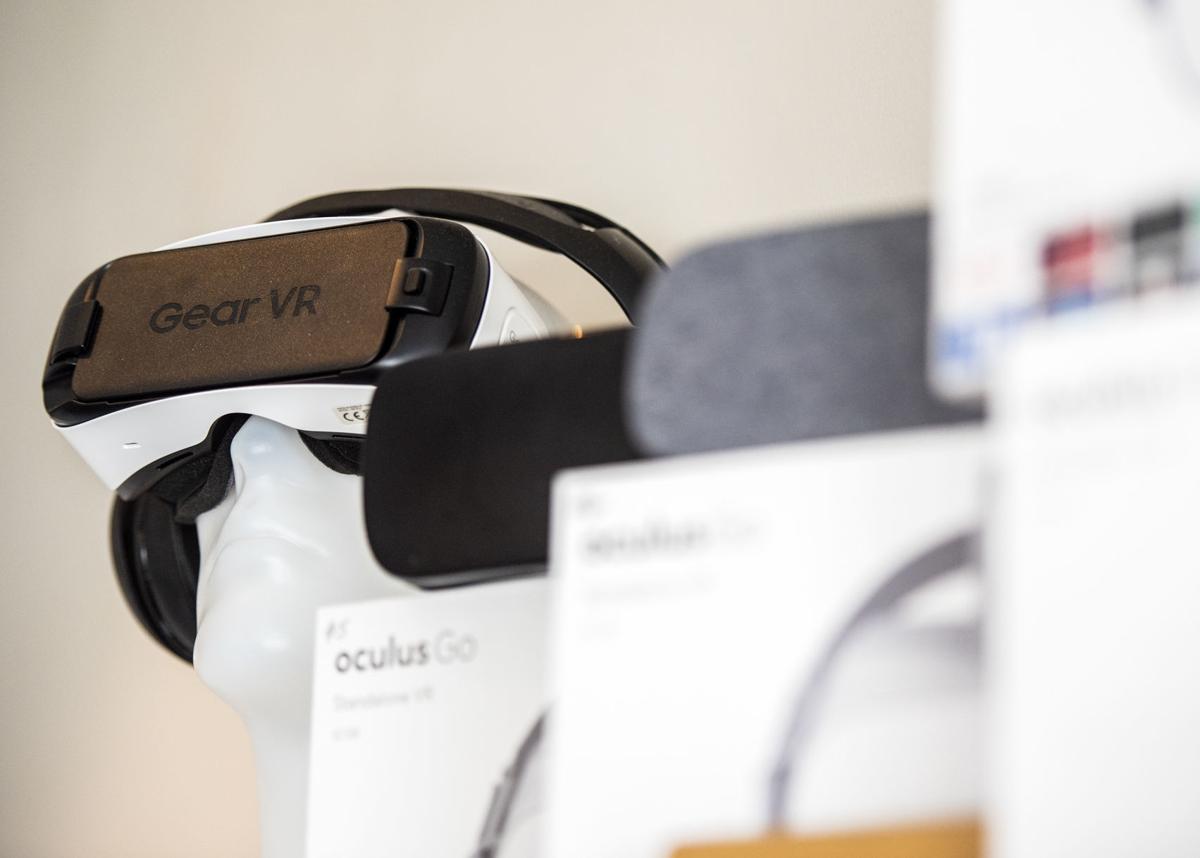 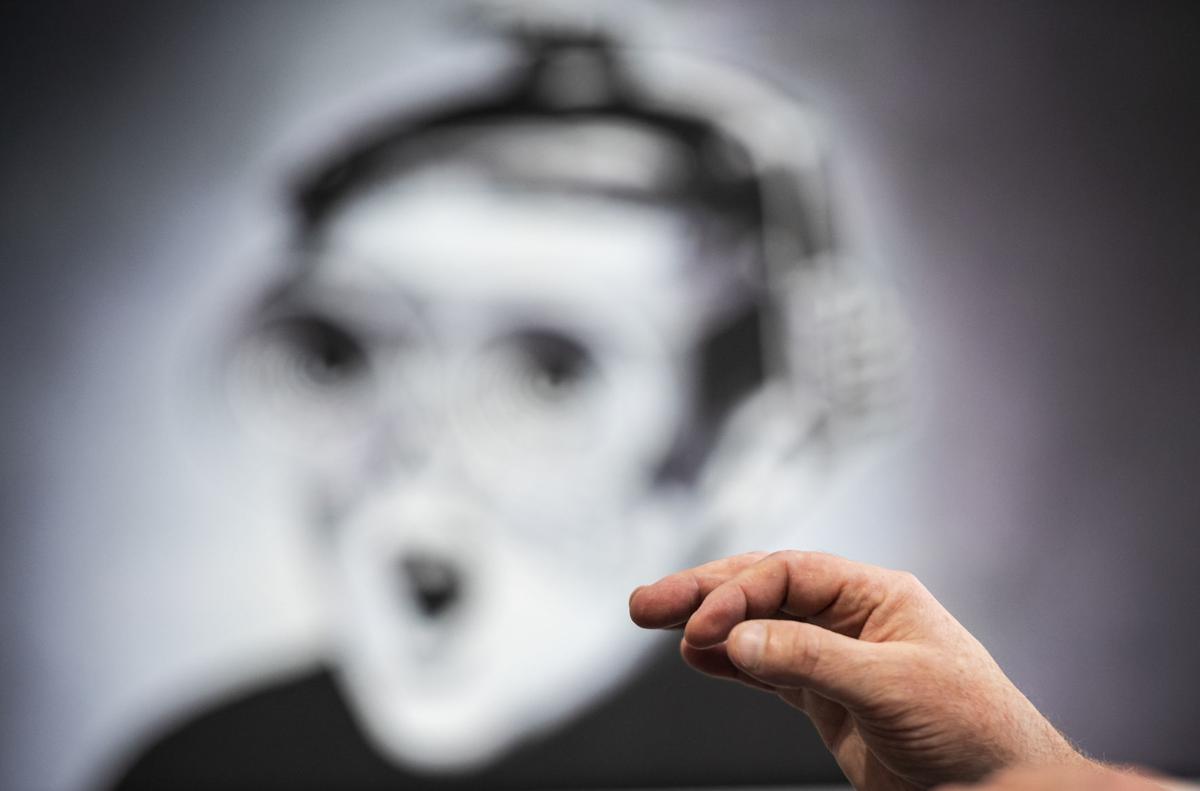 The coronavirus pandemic has been both a blessing and a curse for Out of Our Minds Animation Studios in Winston-Salem, said Danny Oakley, the company’s creative director.

The animation and virtual realty company has lost some anticipated work amid COVID-19 but is still experiencing an uptick in business.

“We’re getting a lot of clients who still need to get content out,” Oakley said.

Business is also well at Looking Glass XR, a virtual reality/augmented reality software developer in Winston-Salem that often works with Out of Our Minds on projects.

John McBride, who owns Looking Glass XR with his business partner Sunny Lindenthal, said two projects won’t happen this year because of the virus but other projects have taken their place.

“We are getting interest that I don’t think we would have gotten without COVID,” McBride said.

From graphics to animation

Out of Our Minds was previously a graphic design studio called The Creative Source before switching to animation in 2000.

Out of Our Minds’ work includes short films and the 2008 film “The Little Wizard: Guardian of the Magic Crystals.”

The company’s main bread and butter is 2D and 3D character animation. It also does motion graphics, visual effects for films and virtual reality.

“Right before the pandemic hit, we were lucky we had a stable of jobs in and we were doing some visual effects for some feature films and stuff like that,” Oakley said.

During these times, when some live action productions have not been able to happen at the scale or speed that they have in the past, animation is there to help fill in the gap, he said.

Richard Clabaugh, a local filmmaker, has worked with Out of Our Minds on different projects.

“Now, they handle 98% of visual effects work that comes my way, and I subcontract to them,” Clabaugh said.

Most recently, Clabaugh was the VFX (visual effects) and post-production supervisor for the movie “Becky,” and Out of Our Minds was one of the primary visual effects companies for “Becky.”

The company has always worked with ad agencies.

Out of Our Minds works with a variety of companies. It does animation for the marketing department of WestRock, which has three Forsyth offices.

Cook Medical, a medical device manufacturer with a division in Winston-Salem, has been working with Out of Our Minds for more than 20 years.

“They do animations for us — product and procedural animations,” said John Devlin, global director of marketing for the endoscopy division of Cook Medical.

He said the animations are made primarily for doctors to provide a better understanding of how the company’s medical devices work and what types of procedures are being done.

Out of Our Minds has been working with a national deli brand on virtual reality training.

“It’s been something they’ve been doing, but now that the pandemic has come they are sort of ramping up the VR training,” Oakley said.

Out of Our Minds is creating virtual environments so that the brand’s trainees can learn how to do things such as slice meats on a machine or decorate a display in a grocery store.

“They put on a headset,” Oakley said. “We’ve created the grocery store and they can sit there and decorate a case and have a trainer present.”

When Looking Glass XR was formed in 2015 then as Looking Glass Services, its owners bought a $5,000 Matterport camera that captures a 3D-digital copy of any physical space such as a restaurant or apartment. The intention was to use the new technology to see how it might fit into the business world, starting with the real estate industry.

“You can put a headset on and walk through the property and feel like you are there,” McBride said.

As the market matured, Looking Glass focused on building training software for virtual reality headsets to be used by different industries and institutions.

“You can teach any type of subject matter inside the headset,” McBride said.

One of the company’s biggest projects last year was building a VR African safari for the North Carolina Zoo.

McBride said the zoo renewed the project for this year, but when COVID-19 hit it was put on hold. The same thing happened with a project for Krispy Kreme Doughnut Corp.

He said Looking Glass had a contract pending with Krispy Kreme to start a VR training platform for front-of-the-house staff on the company’s point-of-sale system.

“Basically, you would put the headset on and it would look like you were in a Krispy Kreme store,” McBride said. “It was like a video game.”

Still, that project gave the team at Looking Glass an idea to make a VR video game called Galaxy Donutz that they hope to release in January 2021.

Just as it had those two postponements, Looking Glass got a contract with Avita Medical, a clinical and commercial company that develops and markets respiratory and regenerative products. Looking Glass will create VR training, to be delivered in December, for Avita Medical’s ReCell spray-on skin for the treatment of burns.

McBride said Avita Medical would normally put a doctor or professional on a plane to go to a city to train people in person on the use of a product.

“Now, they will mail out a VR headset, and the training will be inside the headset,” he said.

Looking Glass has done two projects with Fidelity Investments and hopes to do a third.

McBride said Fidelity started experimenting with VR training about a two years ago for its customer call centers.

“Their test pilot was so successful they decided to roll it out,” he said. “We helped write software for them to make that happen.”

Virtual production is an area that Out of Our Minds has started working in and plans to continue doing as more people in the film industry look for help in creating computer-generated sets and backdrops.

Oakley said COVID-19 is accelerating that sort of workflow and production.

“They can film with a limited crew and not have to travel,” Oakley said. “They can have these completely generated landscapes or animate them.”

Most of the work by Looking Glass has been in the VR space but it is getting into augmented reality, which McBride describes as where people put on “googles” and walk around still seeing the real world.

“It augments that real world and points out things to you — either shows you where things are or helps you identify points of interest,” he said.

The company pitched an idea to the U.S. Air Force and has been invited to give a virtual demo.

McBride said ground crew typically walk around planes to do flight checks with a clipboard or a tablet.

With “Flight Line of the Future,” they would put on a headset, be hands free and have a personal assistant with augmented reality.

That virtual personal assistant could help them and do the checklist for them similar to the way the fictional artificial intelligent system J.A.R.V.I.S helps Tony Stark/Iron Man in the “Iron Man” movies.

Ryan Schmaltz, director of the Media and Emerging Technology Lab at UNC School of the Arts, has collaborated on some projects with both Out of Our Minds and Looking Glass.

He sees a lot of opportunities in the use of virtual reality and augmented realty.

In the future, he expects to see a lot more developments for all immersive technology in gaming, productivity/office, narrative storytelling/virtual reality filmmaking, and health and wellness.

Now with COVID-19 in the picture, “We’ve sort of crossed over into a world where virtual reality and augmented reality are becoming much more applicable,” he said.

Out of Our Minds Animation Studios: www.outofourmindsstudios.com

Movies in a Minute: “The United States vs. Billie Holiday”

Video games are now the best place for live music

Video games are now the best place for live music

Not long after Dropping Plates, an emerging band based in Boone, started playing gigs in Boone and Raleigh in late 2019, COVID-19 hit.

When WXII anchor Talitha Vickers began the process of getting her children’s book published, she had no idea the obstacles she’d face. Navigat…

Many restaurants are struggling during the coronavirus pandemic.

Miss Manners: Three different cases of 'I can't eat that'

Gentle Readers: That it is acceptable to be rude so long as you provide a justification for your behavior is not, Miss Manners assures you, co…

"There's no excuse for those images," said Combs, a 30-year-old North Carolina singer-songwriter who has had two multiplatinum albums and several hit country songs.

Miss Manners: Repairing a family rift, and a car window

Dear Miss Manners: My 29-year-old daughter has "unfriended" my husband and me on social media, and most likely blocked our phone numbers. We h…

Four wineries have recently opened in Surry County, raising the total number of wineries on the Surry County Wine Trail to 20.