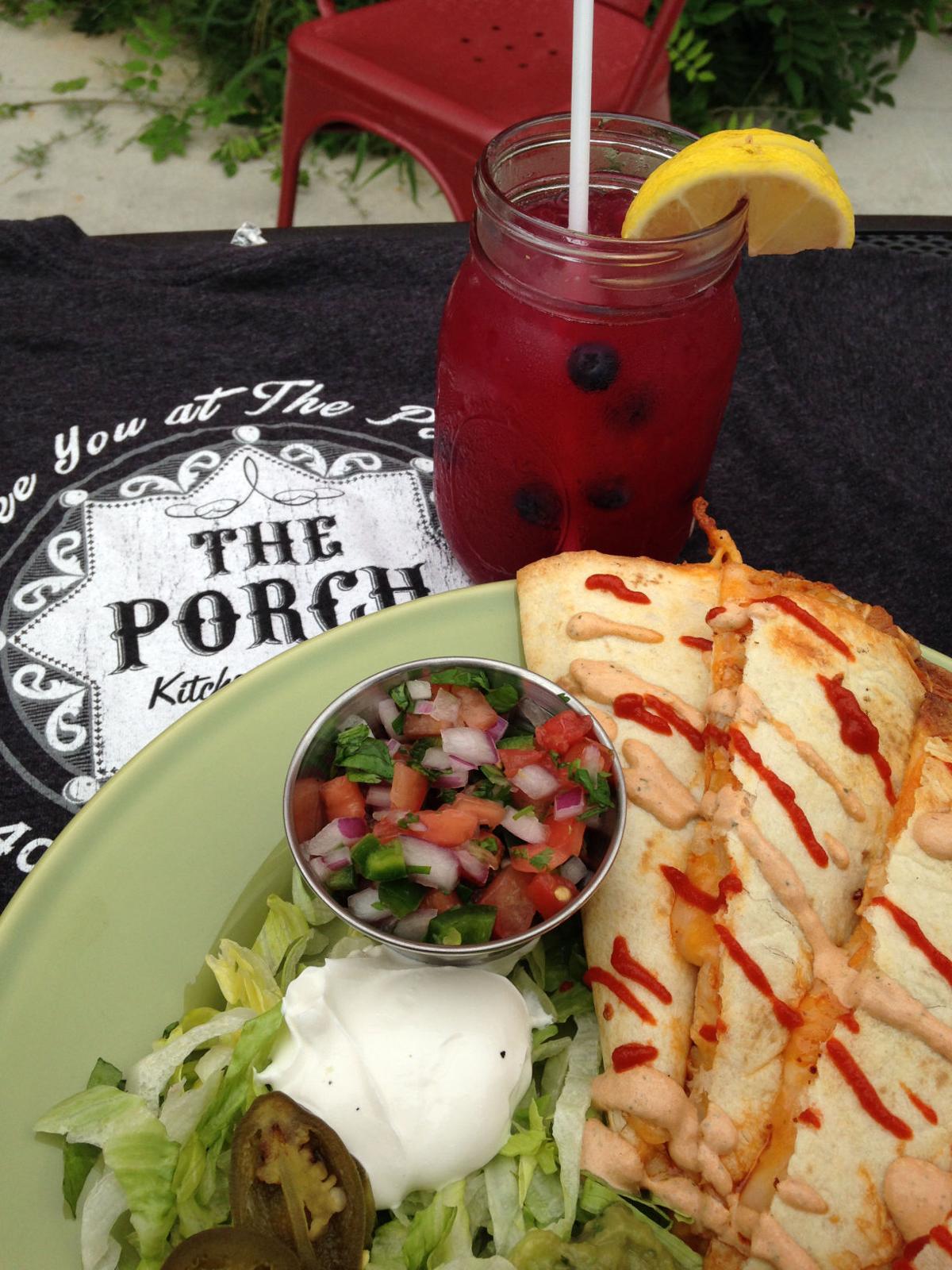 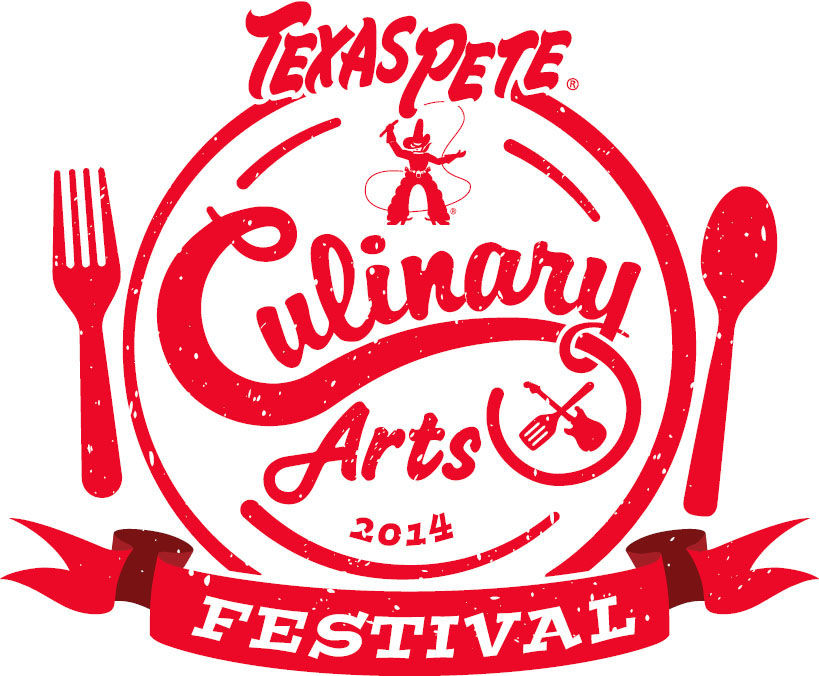 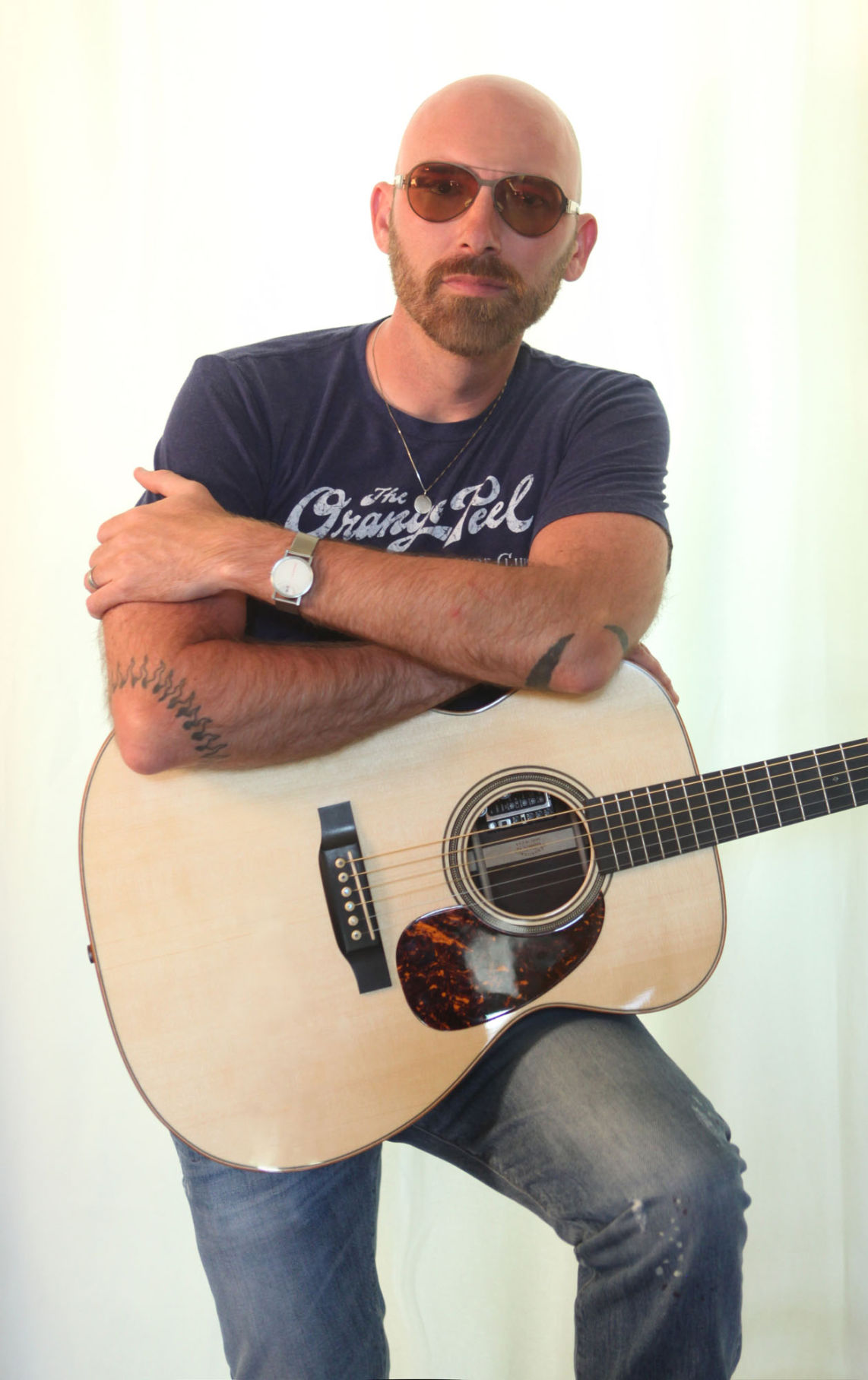 About five years in the making, the first Texas Pete Culinary Arts Festival will be held Saturday and Sunday in the Downtown Arts District, featuring about 20 local restaurants and a dozen musical acts.

The folks at T.W. Garner Food Co., which makes Texas Pete, have been to more than their fair share of food festivals. It seems almost inevitable that they would eventually want to organize their own.

“My team travels all around the country for Texas Pete,” said Glenn Garner, the T.W. Garner’s vice president of marketing. “We’ve worked at a lot of food festivals — Chicago, Boston, Atlanta, all over.”

Many of these festivals started as a way to promote a city’s vibrant restaurant scene. And that gave Garner an idea for a festival here.

“We started talking about this five or six years ago, one day when we had just come off the road,” Garner said. “We have a disproportionate amount of culinary talent and really good restaurants in Winston-Salem.”

The talk gradually turned toward a way to showcase all that talent. The idea sat on the backburner for a while, but T.W. Garner finally approached the city. And when they found out that the city planned to discontinue the annual Rock the Block festival, T.W. Garner decided it was time.

“We knew we wanted to do it in September, so when we heard Rock the Block was going away, we knew this would be a good fit.”

But, Garner said, “Rock the Block was much more about music than food. This is going to be more about the food.”

Garner said that he has been to a lot of food festivals that just sell generic fair food. He wanted to make sure that the Texas Pete festival gives people a taste of Winston-Salem.

“We know these restaurant folks. We eat in their restaurants all the time,” he said. “We didn’t tell them what to make, but we told them we wanted food representative of their menus.”

Restaurants will offer up to six items, Garner said, priced from $3 to $10.

“We did ask them to submit menus in advance, just in case 10 restaurants were planning to serve crab cakes. We want a nice diversity.”

Black Mountain Chocolate, which just opened on Trade Street, will be selling its chocolate bars as well as chocolate chess pie and brownie mousse cups. It will also have gelato from Twin City Gelato. (Caffe Prada recently split into two businesses owned by Jim and Dana Moody. Twin City Gelato is the gelato side of the business, and West End Coffeehouse is the retail store at Broad and Fourth streets.)

“We went to the Charleston (S.C.) Wine + Food Festival last year and had a blast,” Peters said. “These are great events for the city.”

The Porch Kitchen and Cantina will be serving queso pork and beef brisked tacos and other Tex-Mex fare. “We do a Texas Pete quesadilla a lot as a special with smoked chicken,” said owner Claire Calvin. “So we’re going to have that.”

Calvin said she thinks it’s about time Winston-Salem has its own food festival. “The minute they asked us, I said we’re in,” she said. “I think we need to put Winston-Salem on the foodie map.”

Meridian Restaurant will be serving seared pork belly with spaetzel, and owner Mark Grohman is making Italian sausage from scratch that he will serve on hoagie rolls with peppers and onions.

Finnigan’s Wake will sell fish and chips and Scotch eggs. Sweet Potatoes will have a mambo chicken sandwich on a sweet-potato bun, sweet-potato fries, fried-pork skins and more. Mozelle’s will sell its gourmet meatloaf, cheese grits and spicy collards. Dewey’s will have brownies and cookies and Blue Ridge ice cream.

All the food businesses will have tables set up in clusters along Trade Street. Small beer stations, selling Foothills and Pabst Blue Ribbon, will be set up throughout the area, and a larger beer garden with seating will be set up in the parking lot between Miller’s clothing store and Silver Moon. The beer garden’s offerings will also include Hoots Roller Bar beer and RayLen Vineyards wine.

People will buy food and beverage tickets from stations set up on the street, then redeem those tickets at any restaurant or beer area.

The festival will also feature a cook-off among restaurant chefs, a bartender’s “mix-off” and a waiter’s race. Lowes Foods will introduce its Texas Pete-infused sausage. Arts for Art’s Sake will have art activities for kids, and local galleries will be open.

Live music will be offered during the festival at a stage at Sixth and Cherry streets.

The headliner is Corey Smith, a country singer and songwriter whose songs reflect his rural upbringing in Jefferson, Ga.

Smith has released seven studio albums and one live album since 2003. His 2011 release, “The Broken Record,” cracked the Top 20 in the Billboard chart for country albums.

Opening up for Smith will be Elise Davis, a country singer.

Other acts at the festival will be a mix of folk, rock and pop, including several bands from Winston-Salem. For Sunday’s lineup, Texas Pete turned to the organizers of the Phuzz Phest music festival to bring in a handful of indie artists.

But Garner stressed that the focus of the festival is food.

“We feel the talent here is as good as any big city,” he said. “We may not have the sheer number of restaurants, but we have a lot of talent.”

“We think of it as a food festival with a lot of great music,” Garner said. “Really, it’s about the arts scene, the restaurant scene, the music scene and downtown — all rolled into one.”

Where: Trade Street between Fifth and Seventh streets, and on Sixth Street from Cherry to Liberty streets.

Cost: Free. Beer, wine and food will be for sale. Food and beverages must be purchased with tickets, available at stations throughout the festival.

A graduate of Carver High School and N.C. A&T University has partnered with a Greensboro restaurateur to open a new soul-food restaurant i…

Bassist Todd Ashburn, who grew up in Winston-Salem, now lives in Nashville, Tenn., on a 125-acre homestead that has been used for music videos and an independent movie. Ashburn is one of the creators of funk metal band Candy Pig. He does a lot of session work and tours with bands.

Local multi-instrumentalist gets to be dad, teacher and perform with his children

At age 32, Rex McGee was a roaming banjo and fiddle player with a pharmacist license when he got married and went down the road of fatherhood.