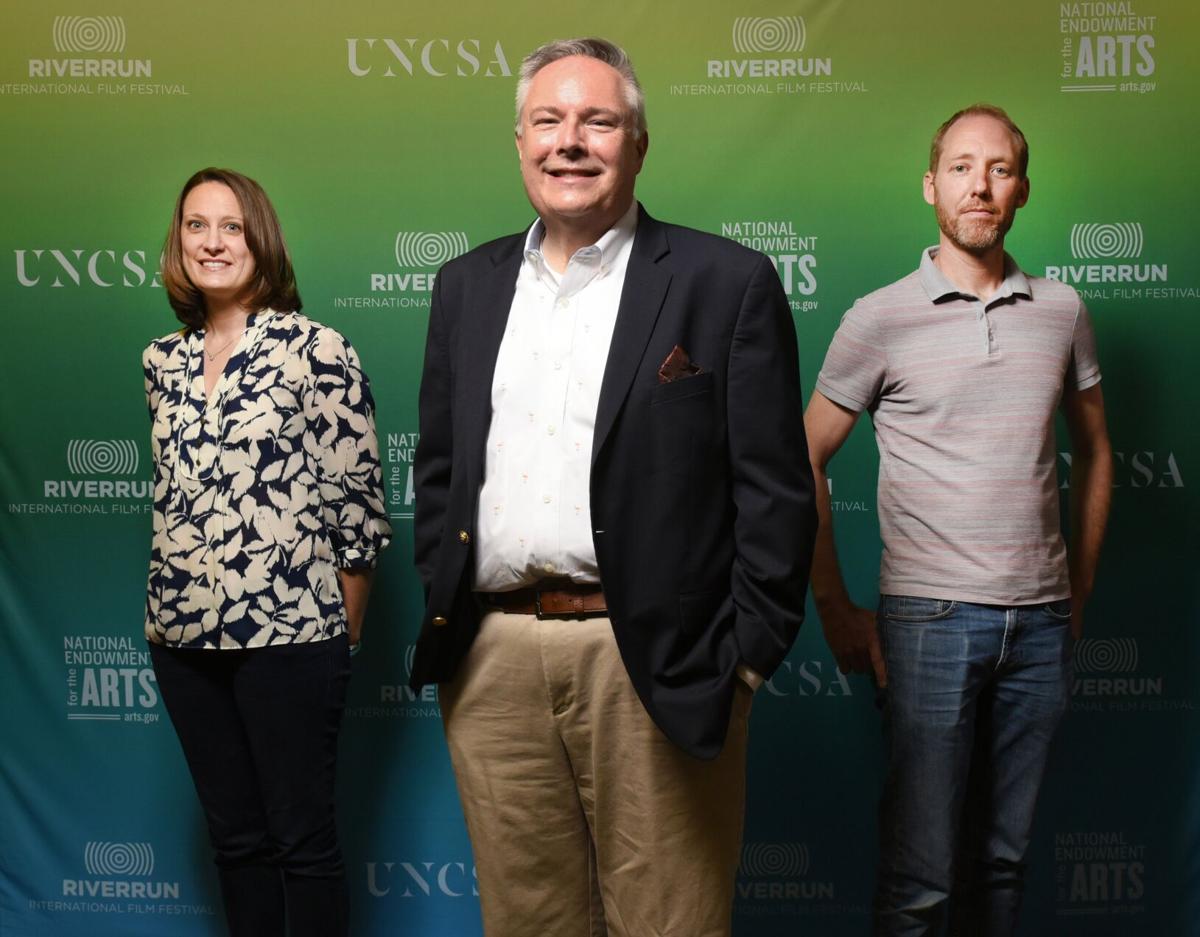 Director Euros Lyn (left) and Toni Collette attended the 2020 Sundance Festival in Park City, Utah, in support of their movie “Dream Horse.” The movie will be the opening night film for the RiverRun International Film Festival in Winston-Salem. 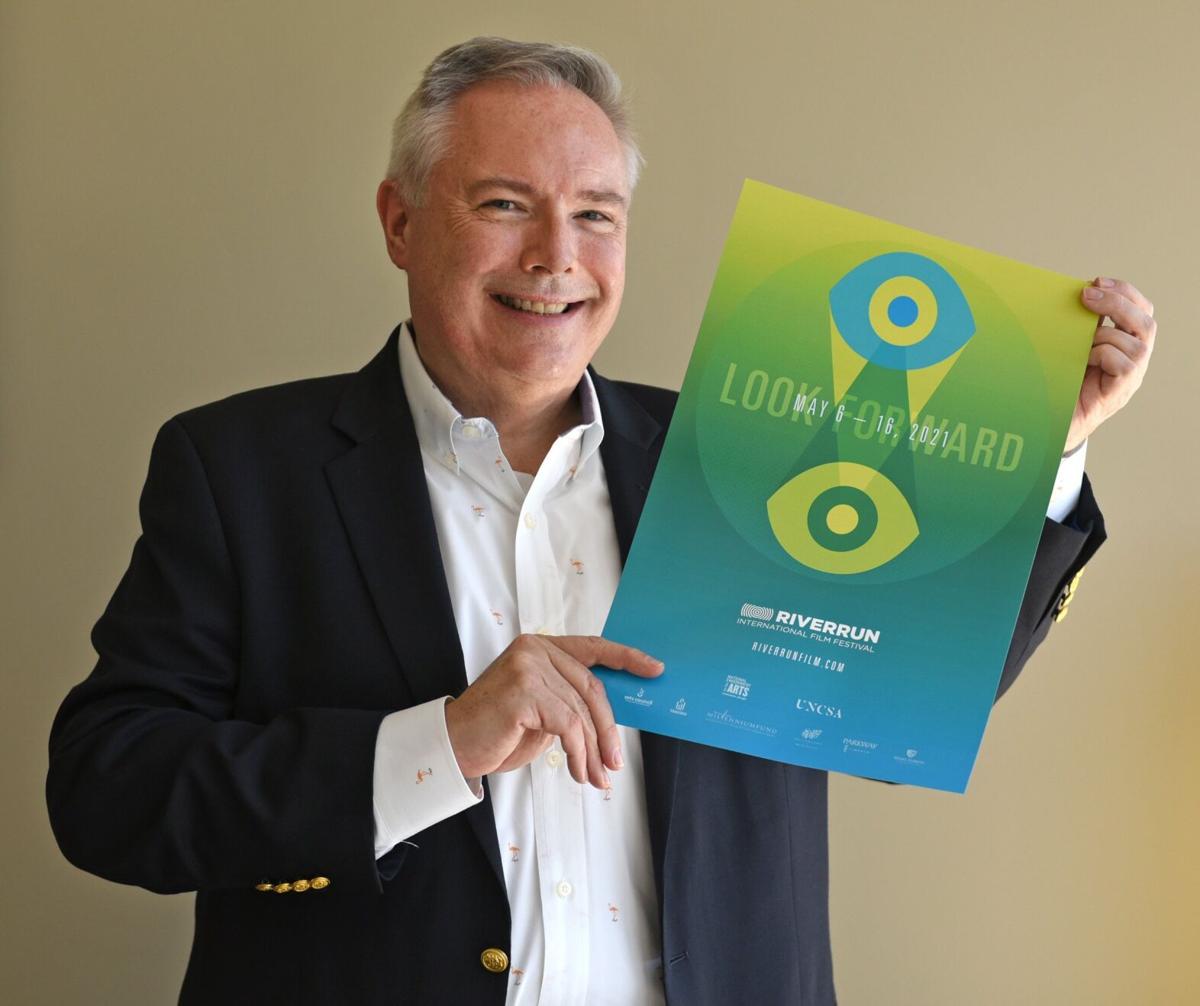 As it did for many arts organizations last year, COVID-19 rewrote the script for the RiverRun International Film Festival.

The festival canceled last year but is back for 2021, offering a combination of virtual, outdoor and drive-in screenings May 6-16.

RiverRun’s executive director Rob Davis said the team at RiverRun was determined, if possible, to do some sort of festival this year, even if that meant all virtual.

“What we decided a few months ago was to make it a hybrid festival so that we will have a few outdoor screenings every night that can be safely done,” Davis said. “The bulk of the festival is virtual.”

For many of the films, people will have the choice of seeing them virtually or in person at one of the outdoor screenings.

A complete schedule and ticket information are available at riverrunfilm.com.

Typically, RiverRun receives about 2,000 films a year, but festival officials were not sure how many would be submitted this year.

“When you look at the whole pool, we had over 1,500 films to select from this year,” Davis said. “Even though it’s a hybrid festival and very different, we put together a festival that has 134 films representing 24 countries.

The opening night film will be the one originally planned for closing night of the 2020 RiverRun International Film Festival — “Dream Horse” starring Toni Collette and Samian Lewis. The closing night film will be “The Dry,” an Australian thriller starring Eric Bana. Other offerings throughout the festival will be a variety of narrative, documentary and animated films, some of which are from North Carolina. Free events are also planned, including Family Night screenings at Bailey Park and Saturday Morning Cartoons available through RiverRun’s Virtual Theater.

“Every day of the festival, we’re going to have about five films open in our Virtual Theater, and they will run for 72 hours, so it’s a sort of rolling cycle of films during the duration of the festival,” Davis said.

Festival fans are advised to get their tickets early because some shows could sell out.

According to RiverRun’s film guide, “Just because a film is screening virtually, doesn’t mean we have an unlimited number of tickets to sell. Filmmakers want to make sure their films are protected as they share them with us and other festival audiences.”

Since the cancellation of last year’s festival, RiverRun has shown about 100 films virtually and at Marketplace Drive-In. Of those films, more than 60 were to be screened for the 2020 festival.

This year, the bulk of RiverRun venues are in Winston-Salem — Marketplace Drive-In, SECCA, the Kilpatrick Townsend Stockton campus on Fourth Street, the Winston Cup Museum, The Ramkat and Bailey Park. One outdoor screening is planned for RED Cinemas in Greensboro.

“The events last year were excellent, and I think the success of those events made RiverRun decide to have us as one of the full venues this year,” Fox said.

He said officials at Marketplace Drive-In are excited to have RiverRun screenings for 10 nights of the festival.

“It’s a great honor to us,” Fox said. “We hope that everyone comes out and supports every night. Ticket sales have been very strong so far.”

In the past, RiverRun has done screenings inside The Ramkat and at SECCA, but this year screenings will be done outside at both venues.

The Kilpatrick Townsend Stockton campus on Fourth Street and the Winston Cup Museum are new venues for the festival.

“It was great to have these new opportunities to surface,” Davis said.

JKS Inc. is sponsoring the outside venue at Winston Cup Museum, and Radar Brewing is offering beer for the event.

“It’s a great spot for it because it’s not like a parking lot that you would normally see,” Spencer said. “We’re kind of a little off the road so it’s very intimate.”

Spencer said the community is fortunate to have RiverRun.

“It’s a big draw,” she said. “It’s an international film festival, and it’s gotten a lot of acclaim.”

She added they are more than happy to do their part in the community by offering a place for an outside screening.

The Kilpatrick Townsend Stockton campus on Fourth Street, a mix of several buildings and open space, will be the site of a screening on May 11.

“Most of our space is open,” Steve Berlin, the office managing partner of the Kilpatrick Townsend Stockton law office, said. “It’s very scenic.”

He called RiverRun “one of the great jewels in our arts offerings,” and said he is happy RiverRun officials figured out a way for live and virtual showings.

“I think it’s important for arts organizations to be creative and nimble during a pandemic, and you’ve seen them do that,” Berlin said. “We certainly wanted to help RiverRun as they were thinking of new ways to do their festival.”

Creating a 2021 film festival that is both virtual and has outdoor and drive-in screenings has been challenging, Davis said.

“We’ve had to adapt and revise our business model of how this festival comes together,” he said. “Virtually every component of it is different from the way we have historically done it. It’s been all new territory for us.”

For example, RiverRun staff members have had to learn the “ins and outs of getting films in the proper format for virtual uploading and then program them,” he said.

Staff members have also been working with a new ticketing system and learning how it works.

“It has been a learning process, and there has not been a tremendous amount of time for a learning curve,” Davis said. “We really had to learn this quickly and implement it quickly.”

He is proud of what the RiverRun team has accomplished.

Davis said the attitude has been: “Whatever we have to do to get the festival back in some form in 2021, we’re all going to work together and do it.”

Where: Virtual, outdoor and drive-in screenings

More: 2021 venues are Marketplace Drive-In, SECCA, the Kilpatrick Townsend Stockton campus on Fourth Street, the Winston Cup Museum, The Ramkat and Bailey Park in Winston-Salem; and RED Cinemas in Greensboro.

The national tour of the Broadway megahit "Hamilton" will make its Triad premiere in 2022 at the new downtown Steven Tanger Center for the Performing Arts in Greensboro.

SPRING ART WALK: The third Ardmore Art Walk will be from 11 a.m. to 5 p.m. May 8 in the historic Ardmore neighborhood. Guests can shop and vie…

ALL ABOUT MOM: The fifth annual Mother’s Day Market will be from noon to 5 p.m. May 9 in the parking lot of Wise Man Brewing at 826 Angelo Bos…

SAYING YES: The Yadkin Arts Council will present the exhibit “YES!” by artist collective “Out of the Blue” April 29-June 25 in the Welborn Gal…

Mark Norman is the new music director/conductor of the Piedmont Wind Symphony in Winston-Salem. He has more than 30 years of experience as a conductor and tuba performer.

Director Euros Lyn (left) and Toni Collette attended the 2020 Sundance Festival in Park City, Utah, in support of their movie “Dream Horse.” The movie will be the opening night film for the RiverRun International Film Festival in Winston-Salem. 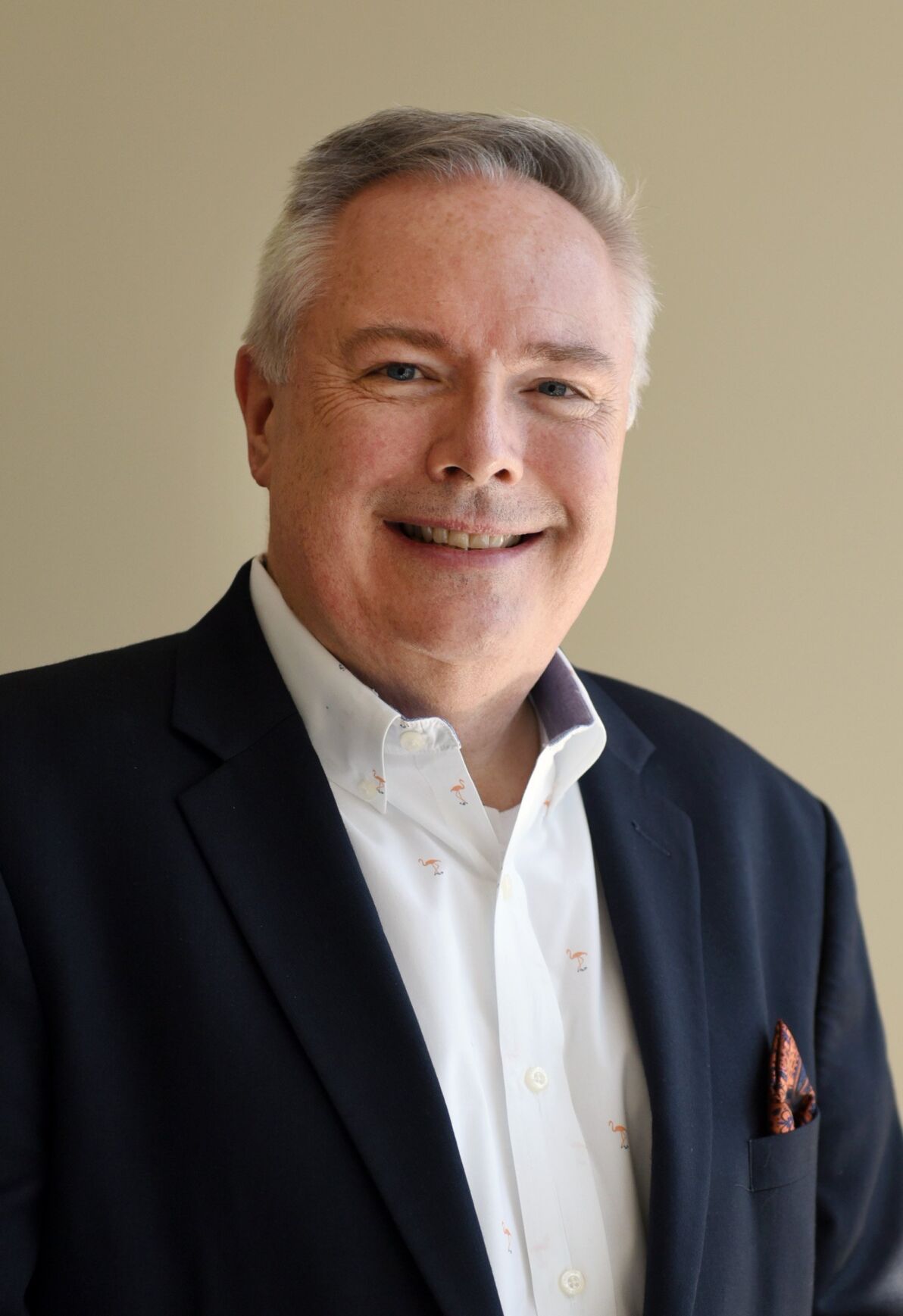