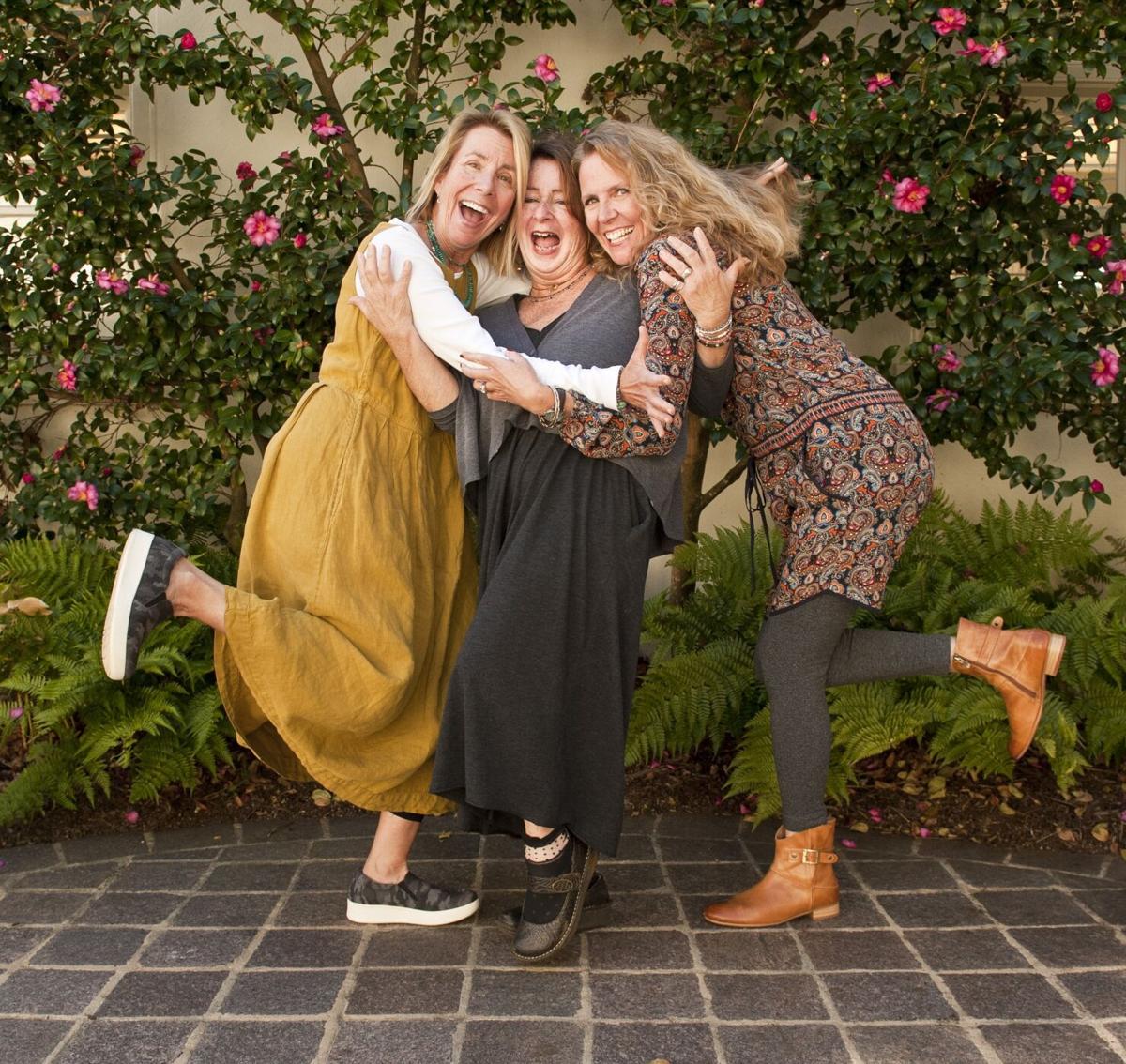 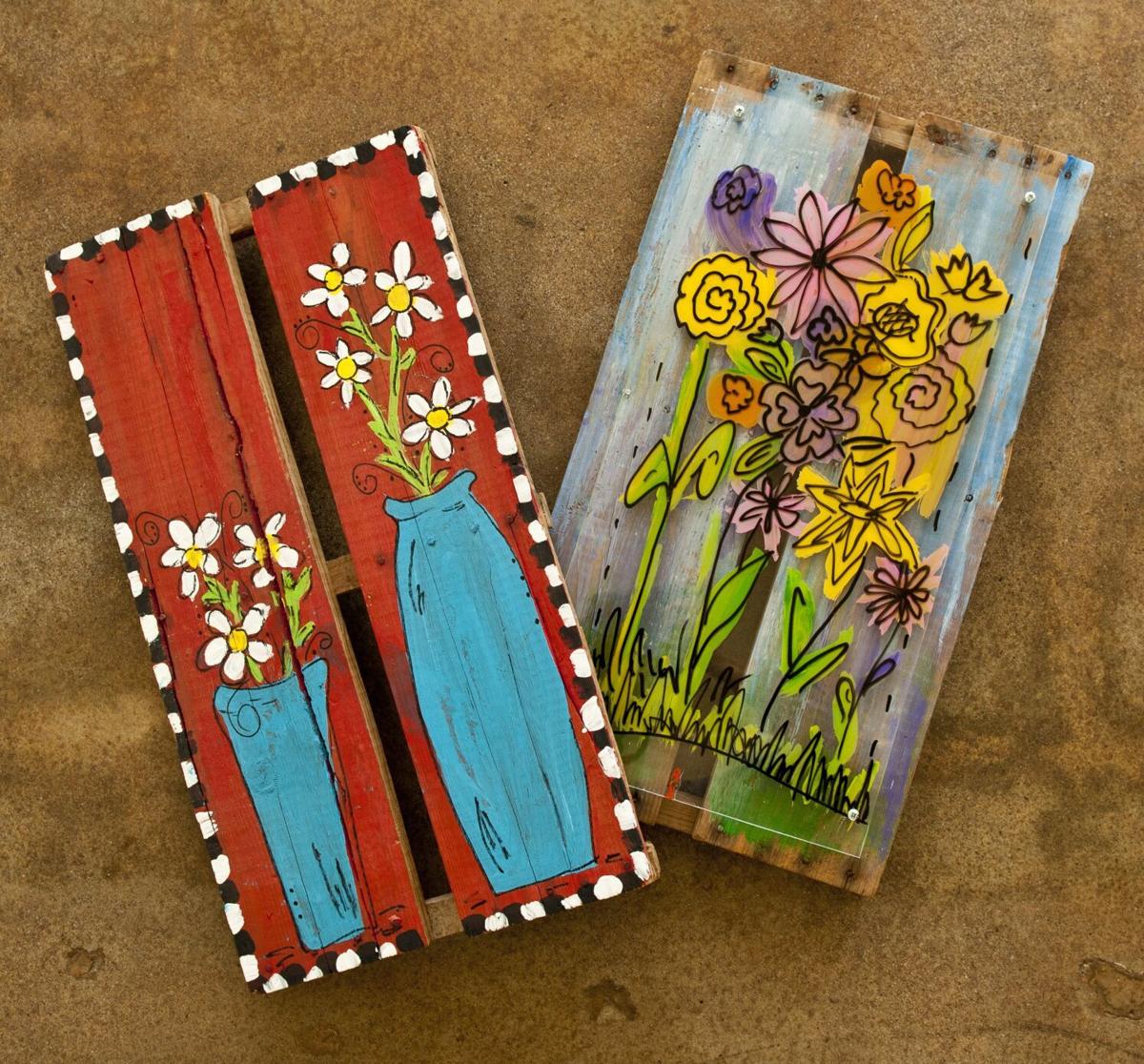 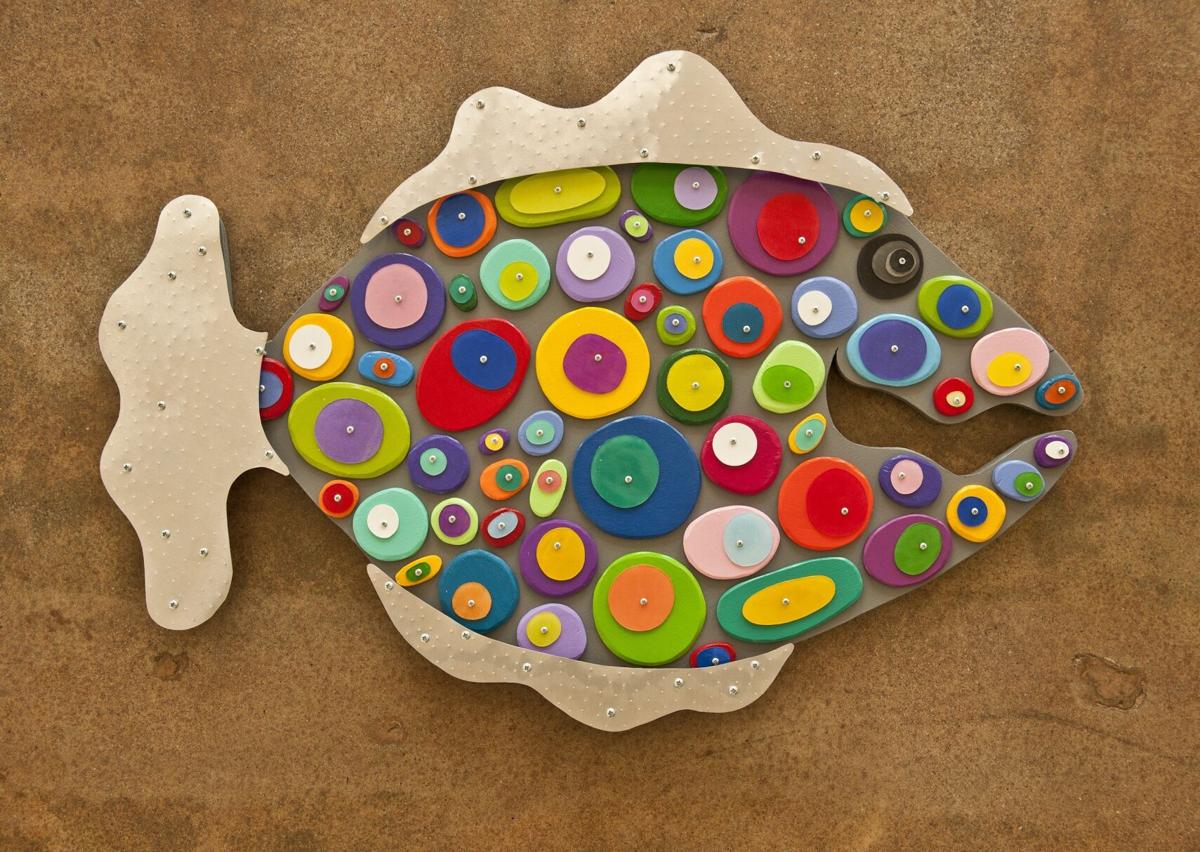 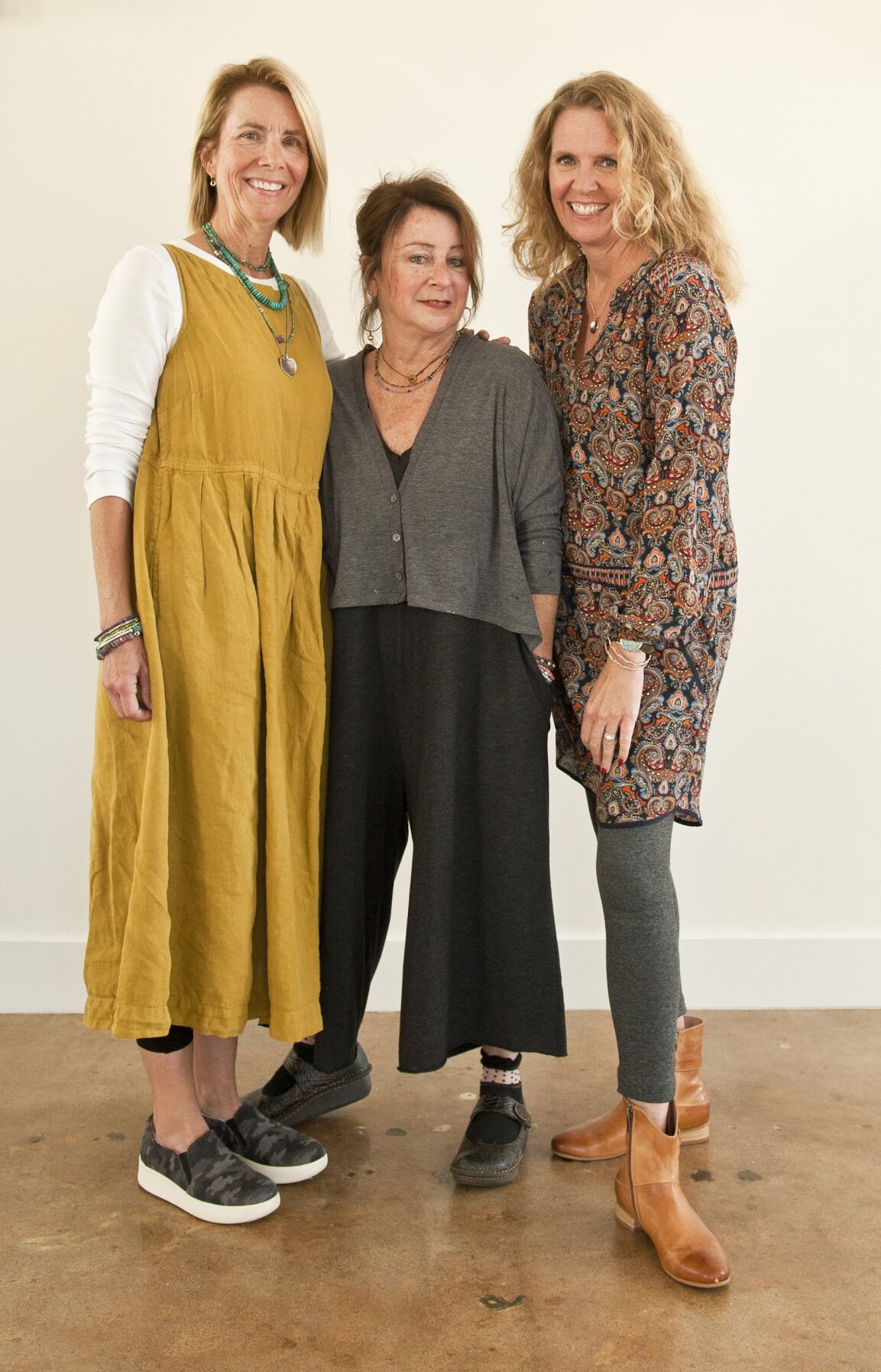 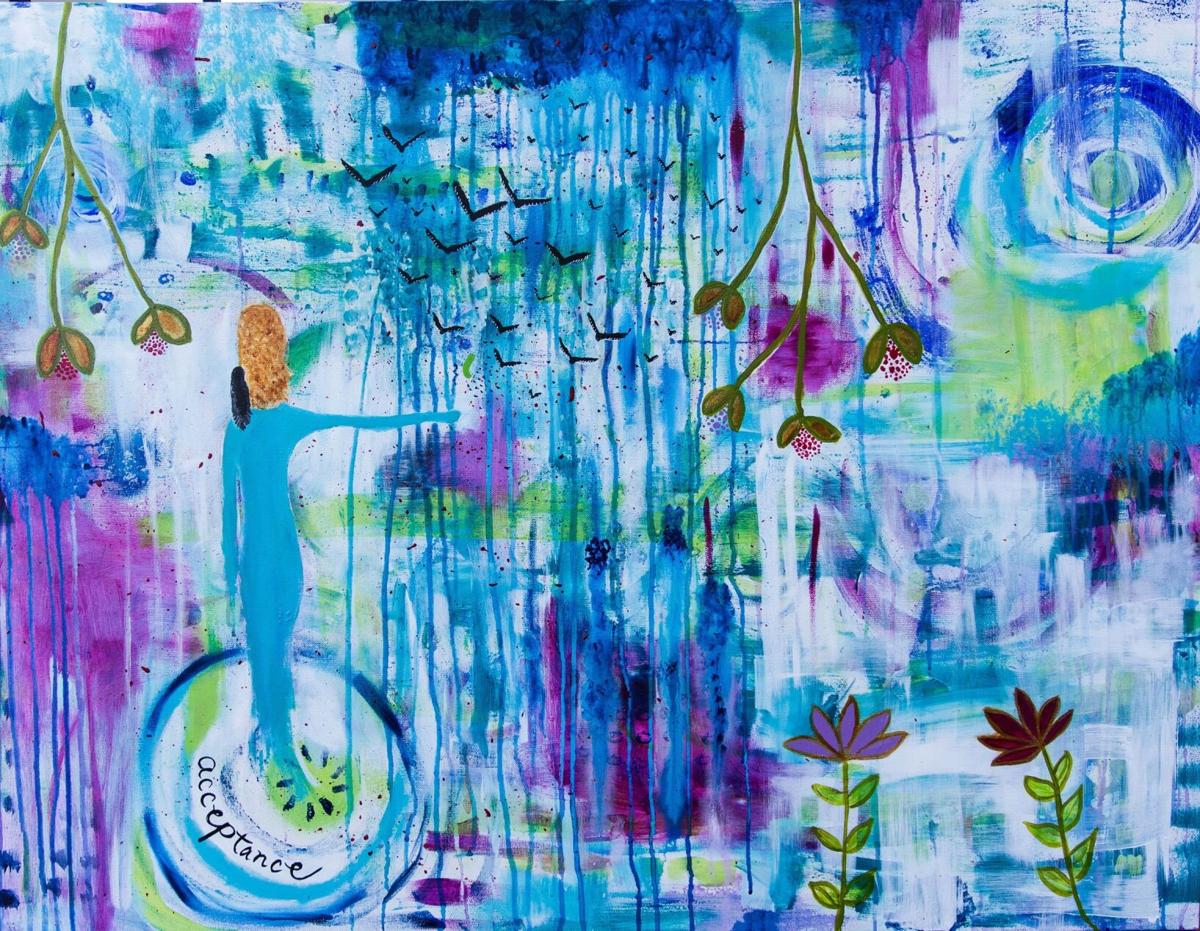 The Whimsical Women Art Show has always been held outside even in cold weather.

“We layer,” Leslie Watts, a member of the nonprofit Whimsical Women that puts on the show, said.

The group’s 25th anniversary art show will be Nov. 20 at Bailey Park in Innovation Quarter in downtown Winston-Salem.

As far as rain dates, “We’ve only ever used two over all these years,” Watts said.

Whimsical Women is a group of women dedicated to fostering an accepting community for women to create and sell their artwork.

The beginning and now

Sisters Luli Sanderford and Linda Pallidino held the first Whimsical Women Art Show in spring 1996 in Winston-Salem as a way to cope with the loss of their mother, Ellen Brown, who used to create and share her artwork.

“They saw how her sharing of her art brought so many joy and brought her peace. So the Whimsical Women art show became a way to honor their mother and the idea that through the creative process you also can heal the soul,” Whimsical Women states on its website.

That first show included sales of Sanderford’s homegrown bedding plants, but the women found that their art sold better than the plants. The next spring, the sisters invited their creative friends to join them, and the show started to grow. Eventually, a second show was added in Chapel Hill, followed by a fall show in both Winston-Salem and Chapel Hill. Now, the show is held in the fall in Winston-Salem, and Whimsical Women has more than 300 registered artist members.

“They just never in a thousand years thought that it would go from two artists in their yard to what we are about to do (Nov. 20),” Tabatha Renegar, another member of the group, said of Sanderford and Pallidino.

Watts, Renegar, Beth Haas and Toni Becker, all of Winston-Salem, are four of the many artists who will share their work at the 2021 art show.

Haas said people will probably see a bit of everything, including pour art as well as traditional artwork, paintings, jewelry, journals and puppets — all handmade.

“We have one artist who is a woodturner coming this year,” Haas said. “We will have many potters and many people working in fibers like crocheting, knitting and repurposing clothes. You will see a lot of people doing art from recycled materials.”

Whimsical Women will hold a founder’s raffle to honor Sanderford and Pallidino, who plan to attend the event.

All proceeds from the raffle will go to Forsyth Humane Society in the sisters’ names, Watts said.

Watts, Renegar and Haas have been members of Whimsical Women for 23 years.

The biggest changes for the group over the years is the fact that it keeps growing, Haas said.

“Every year, we have new artist applications,” Haas said. “Every year, we’re always surprised that there are so many people that still want to come and join us. Every possible age of women will be at the show. We’re going to have a young daughter for the first time, selling her art alongside her mother. Then we’ve got great-grandmothers selling their artwork.”

She said Whimsical Women keeps changing by welcoming all types of women.

“It’s very refreshing when you walk into the show — the spirits and the souls of the women and the love that you’ll come in contact with,” Haas said. “It’s just a very different atmosphere than you probably get at any other art show. We are kind of kooky, and we love that.”

Haas said Whimsical Women is the only group she has ever belonged to that accepts her and what she has to offer and helps her grow and be better.

“It is a magical group,” she said.

Watts said the group has helped her grow artistically and personally.

“The women I have met along the way will always be a part of my heart,” Watts said.

Renegar agreed with Watts and Haas.

Then she got emotional as she said, “Linda and Luli. They are life-changing, inspirational and beautiful human beings.”

Becker, the owner of Artfully Healing, joined the group in 2011. She is on Whimsical Women’s executive committee and is the community outreach liaison.

She said that being part of the art show as an artist and volunteer on the group’s board has brought her joy.

“When I started participating in 2011 as a budding artist, my confidence as an artist was so low,” Becker said. “Being around these amazing women artists empowered me and gave me the confidence I needed to continue to make art and further my art goals.”

She added that now, after 10 years with the group, she is able to give back to the show “by volunteering and empowering other artists and young people.”

“It’s really come full circle,” Becker said. “This show is bigger than art. I’ve made so many great friends through this show who are dear to my heart. They’ve been through the challenges of life with me. I wouldn’t have these special women in my life, if it wasn’t for the two most precious women, Linda and Luli, starting this fantastic show 25 years ago. I’m so grateful for this show and everything it encompasses at the show and between shows.”

Where: Bailey Park at 445 Patterson Ave. in Innovation Quarter in downtown Winston-Salem

More: Whimsical Women ask that showgoers bring toiletry items for women as a donation to Annie's Hope Center, a nonprofit that helps women and children who are survivors of domestic violence.