First round of Johnson & Johnson vaccine to arrive Wednesday in NC 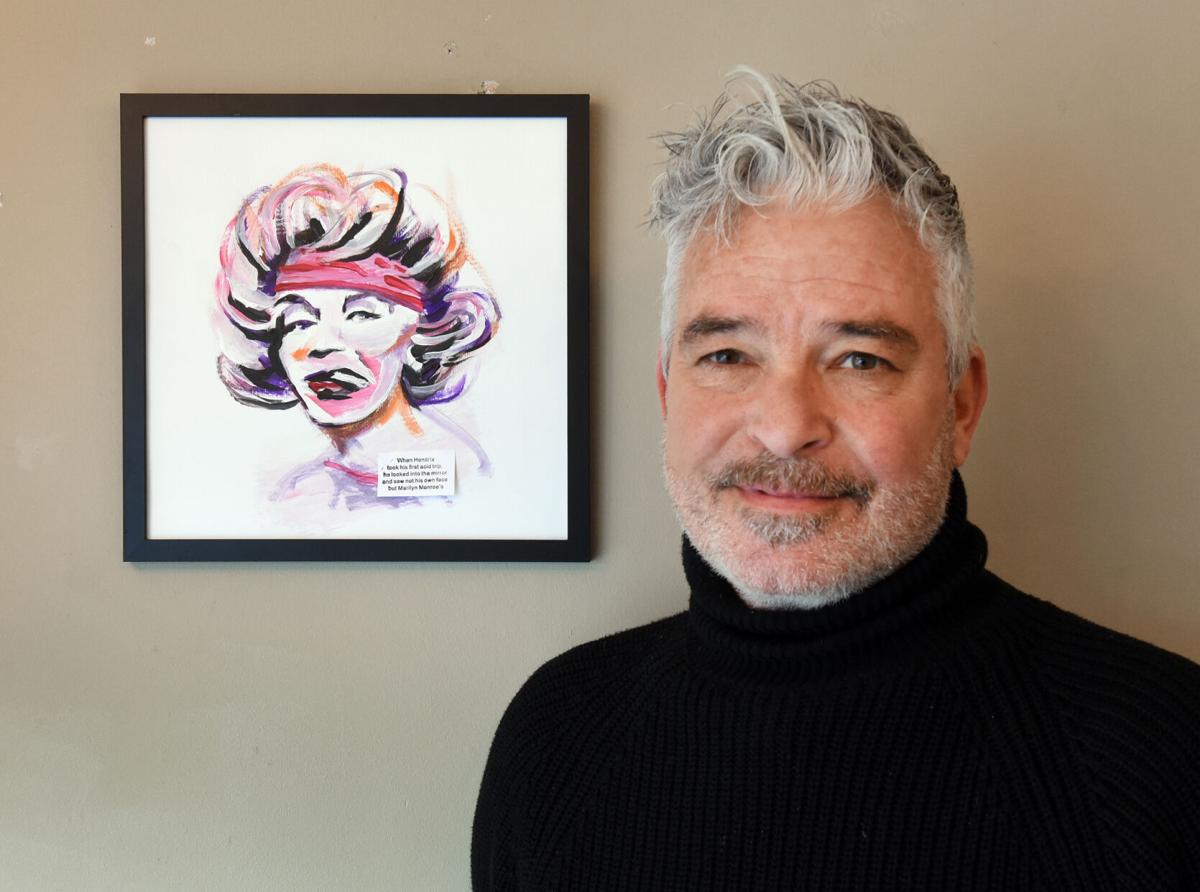 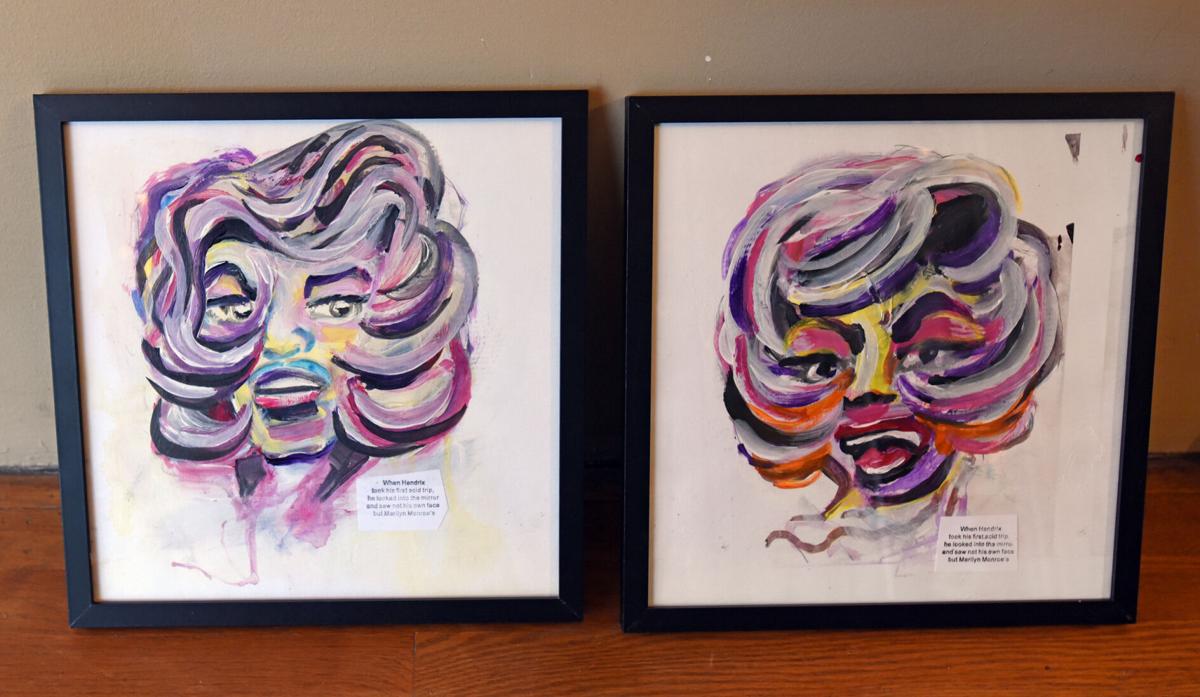 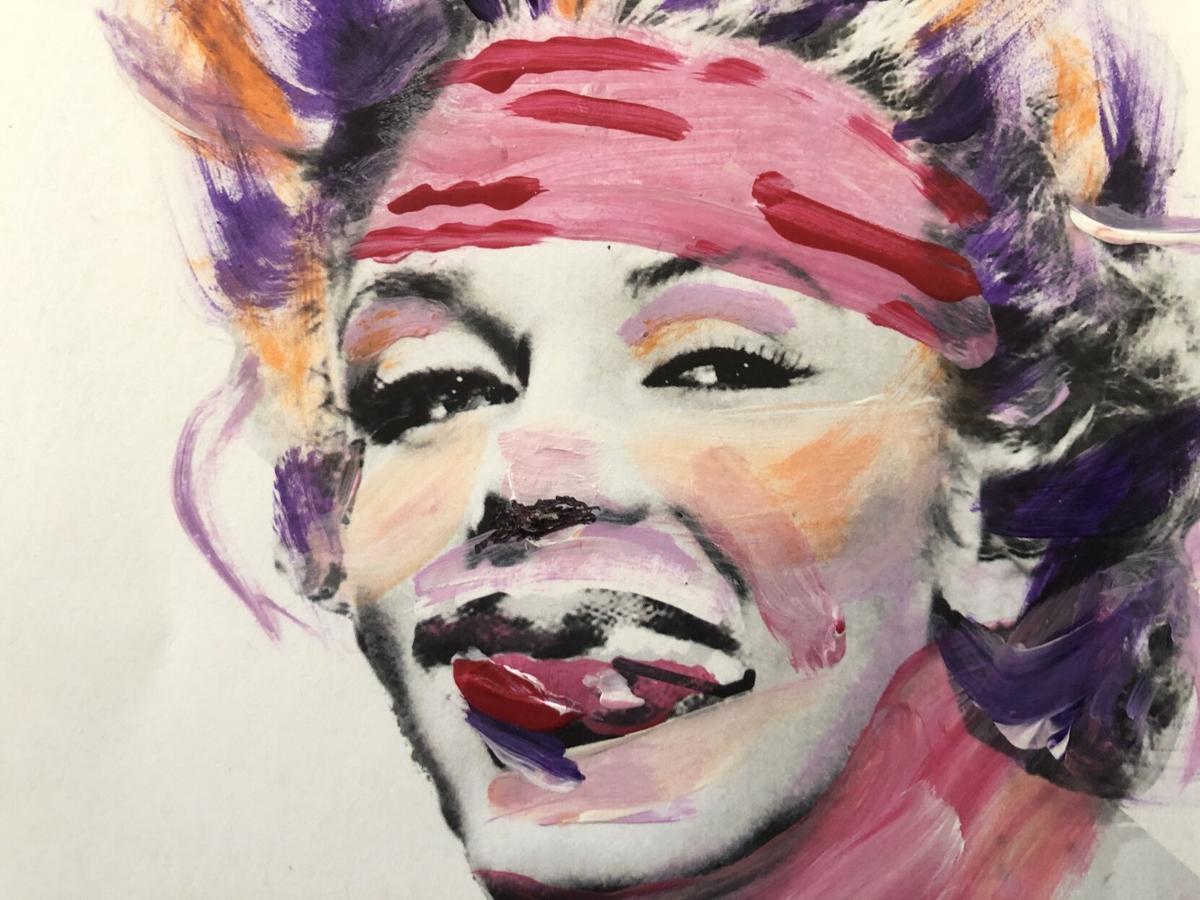 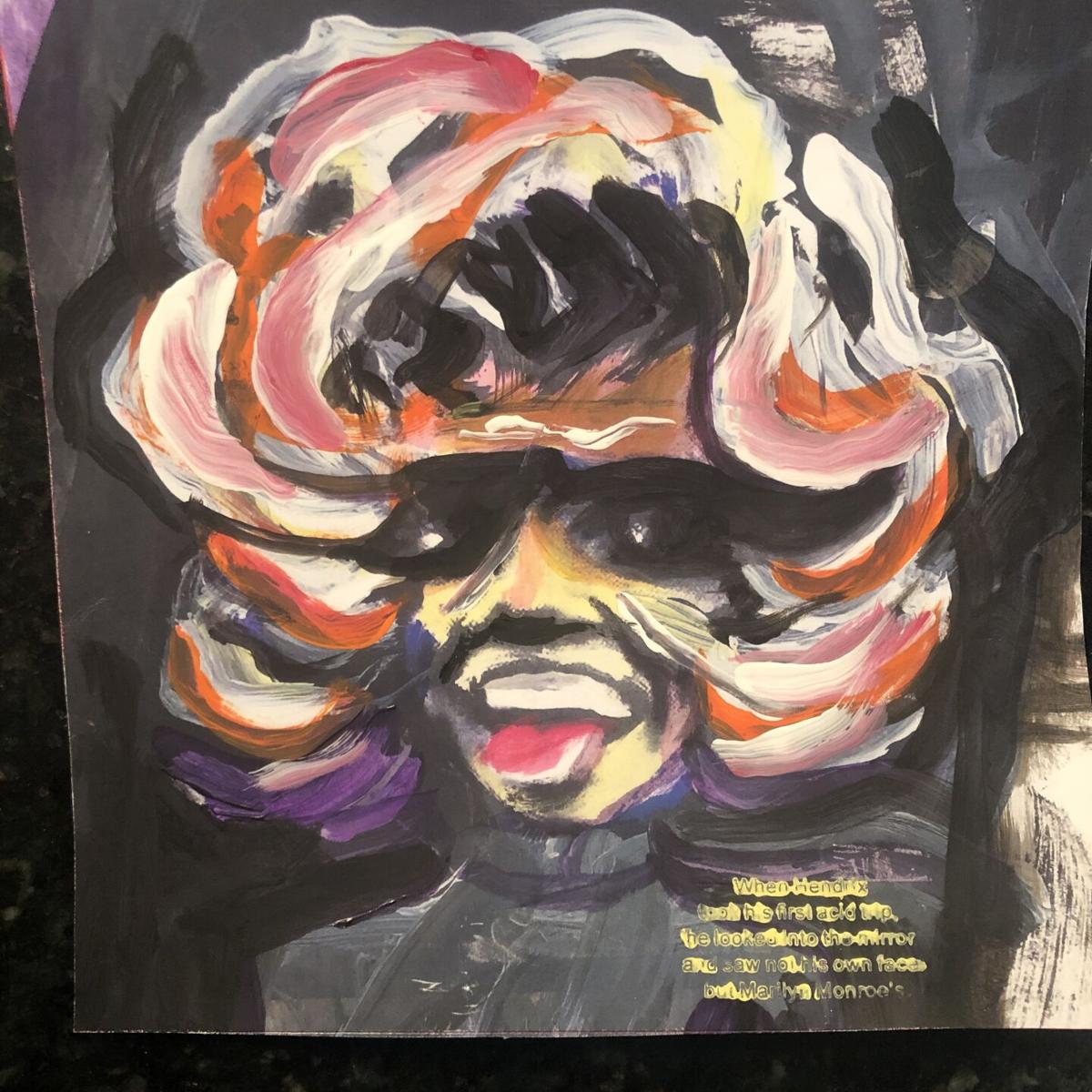 A painting by Mike Foley in his "Jimarilyn" series.

At first glance, the paintings in artist Mike Foley’s new “Jimarilyn” exhibit look like Marilyn Monroe, but a deeper observation reveals much more.

In one portrait, Monroe is sticking out her tongue and in another she is smoking a cigarette.

Foley said the tongue and cigarette are his interpretation of musician, singer and songwriter Jimi Hendrix coming through Monroe.

He describes “Jimarilyn” as “a watercolor study of celebrity and psychedelic fluidity."

His exhibit will be on display Feb. 5-27 at Liberty Arts Coffee House at 526 N. Liberty St. in downtown Winston-Salem.

Foley got the idea for his latest exhibit after reading an Oct. 3 Wall Street Journal review by David Kirby about the book “Wild Thing: The Short, Spellbinding Life of Jimi Hendrix” by Philip Norman.

“I found Jimi’s story so interesting I could not stop thinking about it,” Foley said.

He said Hendrix’s experience inspired him to paint both Monroe and Hendrix portraits.

“She is him,” Foley said of Monroe. “She is who he saw in the mirror after tripping on acid, but this work is about attempting to capture the psychedelic spirit of Hendrix coming through her image.”

A life-long fan of Hendrix and Monroe, Foley has painted them as part of previous pop art shows. Hendrix was part of his show “Rock Stars in Jars,” and Monroe was part of a series of images in his “Rock Stars, Presidents and Pets with Bette Davis Eyes & Mick Jagger Lips” show.

Foley said he really wanted to bring Hendrix’s experience to life and merge the two icons.

“Black and pink! Rock and roll!” he said.

Although Hendrix sees himself as Marilyn Monroe, Foley knew his paintings could not be simply Monroe portraits.

“This is Jimi’s trip,” Foley said. “His personality and intensity have to come through. I’m just hanging on for the ride and channeling his experience through art.”

He said he is not a proponent of “dropping acid” but is interested in continuing to be a life-long fan of Hendrix and Monroe.

This is not the first time Foley has combined icons and mixed portrait imagery. He did so in 2005 with his show “SantaChrist.”

Foley grew up in Wisconsin and has lived in Chicago, San Francisco, Los Angeles and New York. He moved to Winston-Salem in 1996. He has worked for about 25 years for large advertising agencies as a writer and creative director on different branding projects. His main focus is developing ideas and concepts for a variety of brands and nonprofits.

He is also an award-winning filmmaker of short digital films.

“I’ve produced short films and videos that have grown out of years of making commercials for multiple brands,” he said.

In 2010, his short film, “Becoming Abe,” was screened locally at Aperture Cinema.

A self-taught artist, Foley said he learned a lot from art directors.

“I really believe that a picture is worth a thousand words, so I feel like I have adopted that,” he said. “And creating visually allows us to speak globally.”

His artwork and/or videos have been shown at different galleries in Winston-Salem including SECCA and Artworks Gallery.

“I feel like I was born with a pack of crayons,” Foley said. “I always felt like I was meant to draw.”

PANDEMIC EDITION: Cash Bash 2021, a virtual concert benefiting The Ramkat in Winston-Salem and honoring Johnny Cash, will be at 7 p.m. Feb. 27…

Singer/songwriter and guitarist Bill Douglass uses range of subjects in his songs that are sometimes quirky, humorous

Along with his cultural observations, life and faith songs, singer/songwriter and guitarist Bill Douglass likes to write pieces that are quirk…

Robert Young knew he wanted to do something meaningful for others when his 8-month-old son Gianni Young, affectionately known as baby Gio, die…

FREE STUFF: Living Rhythms workshops by Tam Tam Mandingue Winston-Salem instructors will be held on the stage of the Andy Griffith Playhouse a…

In 1997, Saxton Rose and his wife, Elizabeth Pacheco Rose, met in their junior year of undergrad in the music library at the University of Col…

ART AND NATURE: “Cross Pollination: Heade, Cole, Church, and Our Contemporary Moment” exhibition will open to the public Feb 23 and run throug…

A painting by Mike Foley in his "Jimarilyn" series.