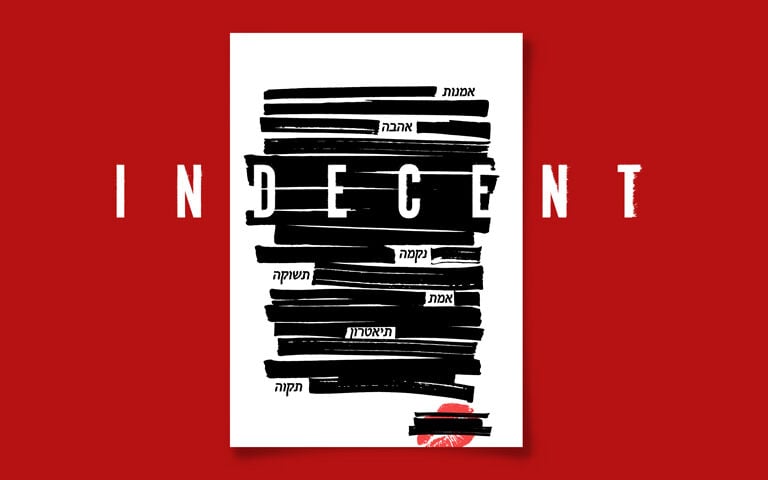 The University of North Carolina School of the Arts returns to live indoor theater productions when it opens “Indecent” by Pulitzer Prize-winning playwright Paula Vogel tonight. The show runs for two weekends.

Vogel’s play won Tony Awards for direction and lighting design in 2017. She earlier won the Pulitzer Prize for Drama for her 1998 play, “How I Learned to Drive.”

“It was very meaningful when ‘Indecent’ opened on Broadway, both because it was the first time Paula Vogel had a play produced on Broadway, and because the story itself reflects Broadway’s historical resistance to the voices of marginalized communities,” said Dean of Drama Scott Zigler.

“It presents a very interesting historical perspective of how the gay love story was accepted in Europe but created a scandal in 1920s America,” he said.

Asch wrote “God of Vengeance” in Yiddish in 1906 Poland, about a Jewish brothel owner whose daughter falls in love with a prostitute.

After successful runs throughout Europe, it was performed successfully in Yiddish in New York. But when translated to English to attract a larger audience, it became a scandal. The producer and cast of Asch’s play were arrested and convicted on the grounds of obscenity.

Vogel’s play is an act of homage, Barrengos said.

“‘Indecent’ actively pays tribute to the Yiddish, immigrant families, Jews, theater makers and the women, specifically the queer women, who are erased from historical narratives. The play deals with the inheritance of theater, Judaism in America, representation, conflict within communities and how they all intersect,” she said.

Barrengos chose the play for the many questions it presents.

“What does it mean to be Jewish in America? How do we want Jews, queer people and women represented in our histories and on our stages? How do we reckon within our communities about differences in how we want to be represented?”

She continued, “Who is able to tell which stories? If we embrace the intersectionality of our communities, does the way we approach narratives/plays change? How has our world changed in the last 100 years? Has immigration policy? Does art encourage us to grow? Why do we censor art? Should we censor art at all?”

In a 2016 interview with Vineyard Theatre where “Indecent” had its New York premiere, playwright Vogel said, “I don’t think of this as a grim play; I think about it as a love story in terrible times. If we love music and theater and the arts, if we take solace in people sitting beside us in the theater, if we do what is in our hearts, I think there is light for us.

Barrengos said, “I came to directing compelled by the power of art to challenge minds and change policy. ‘Indecent’ is a case study in this.”

In teamwork with the School of Drama, the production features work from School of Design and Production students.

Length: One hour, 40 minutes; no intermission

Notes: Recommended for mature audiences. Masks will be required.