Winston-Salem native Ramin Bahrani's films will be the first shown at a new series called Luminaries at Aperture Cinema in Winston-Salem. 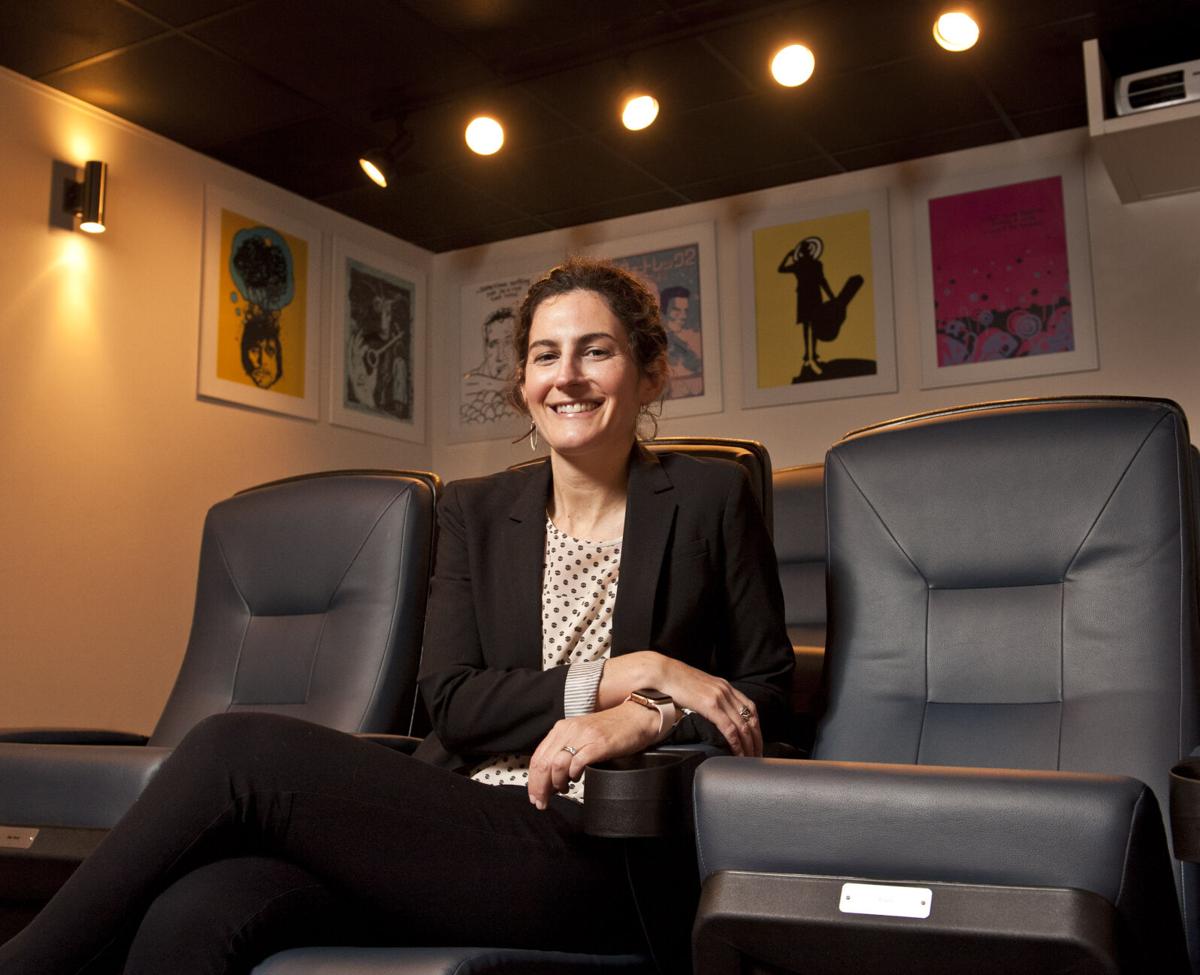 Lawren Desai is executive director and curator for Aperture Cinema. “Aperture Cinema could not be more excited to honor Ramin Bahrani as our first Luminaries filmmaker,” says Desai. 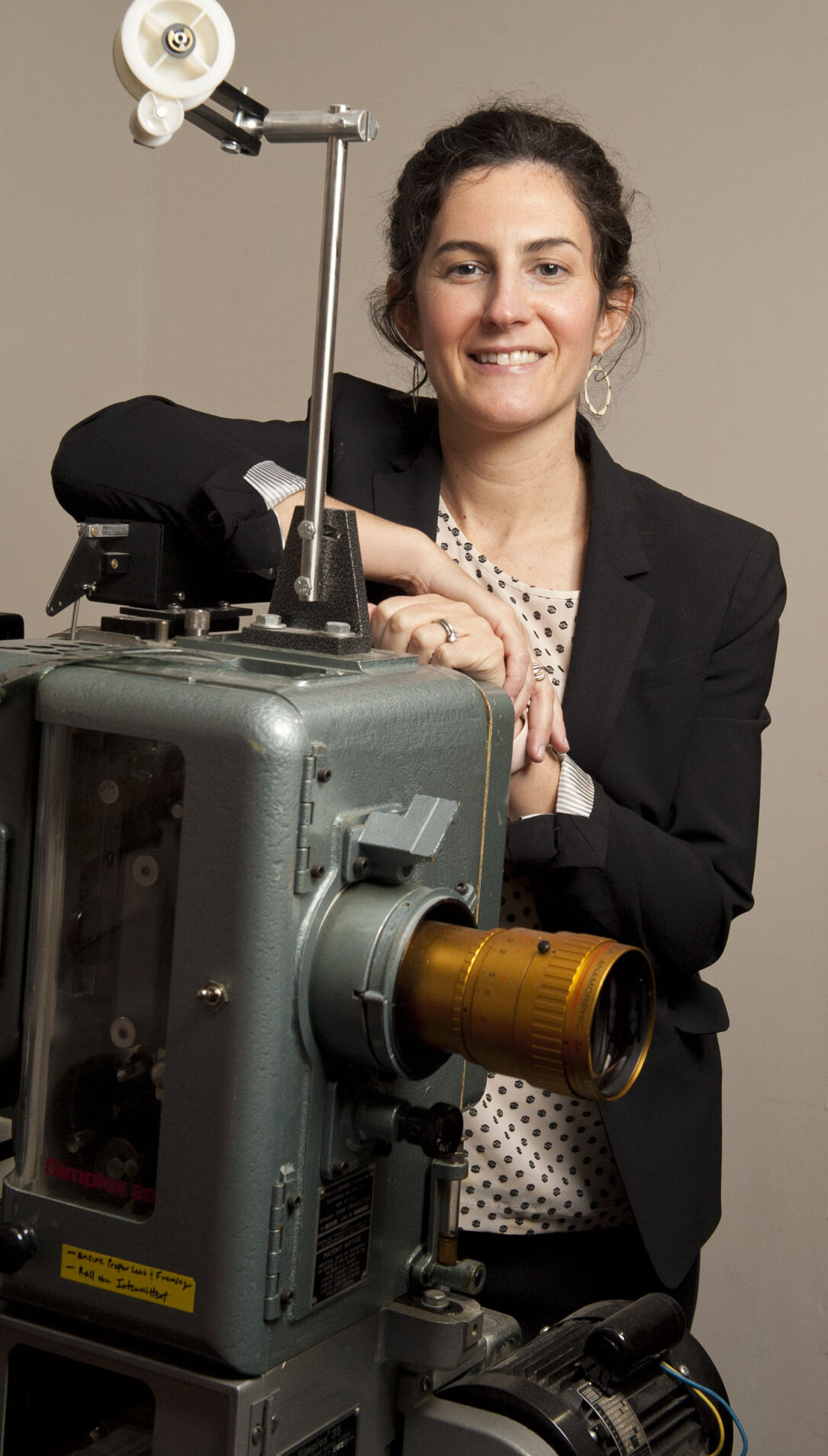 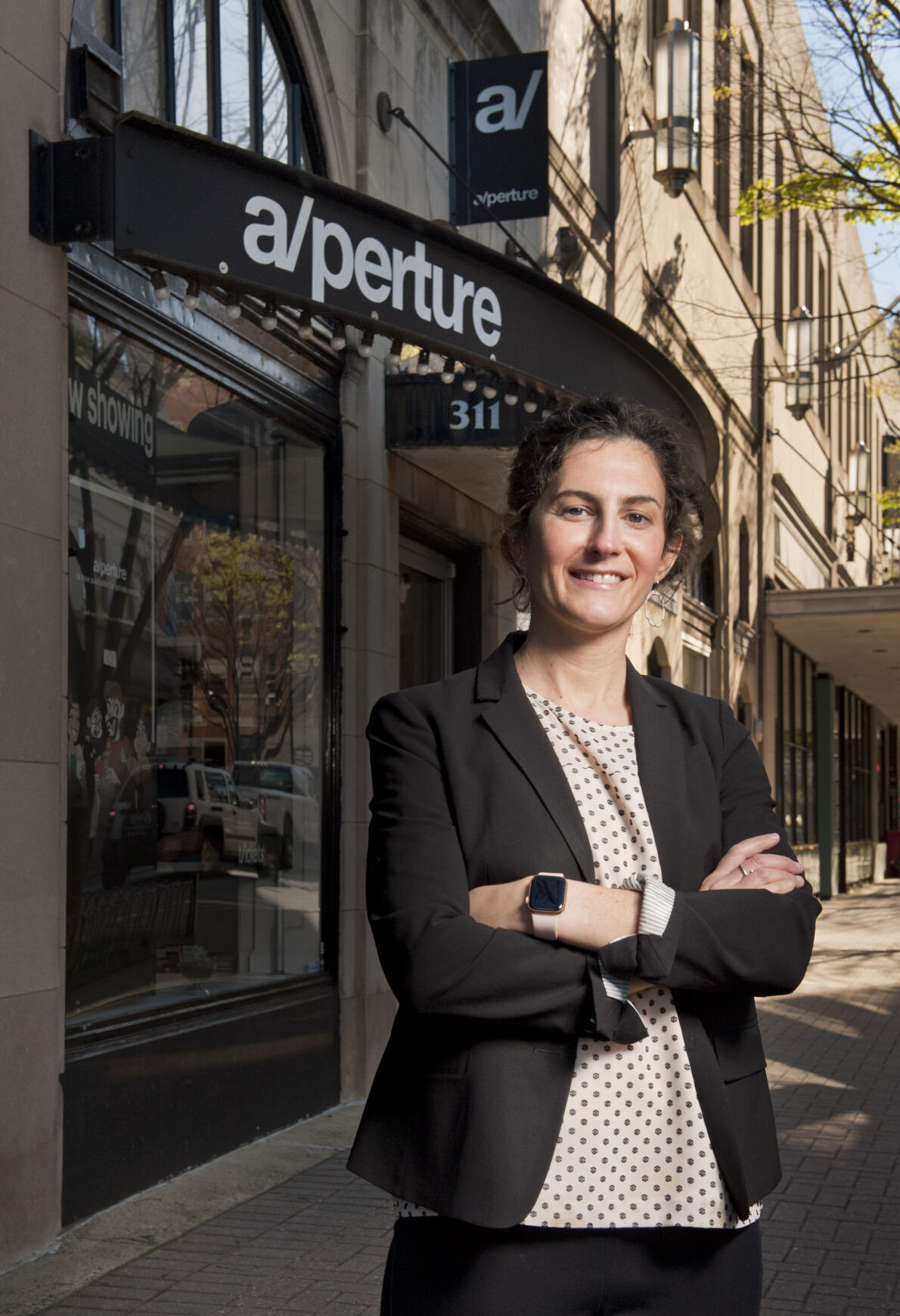 Lawren Desai is the executive director and curator for Aperture Cinema. 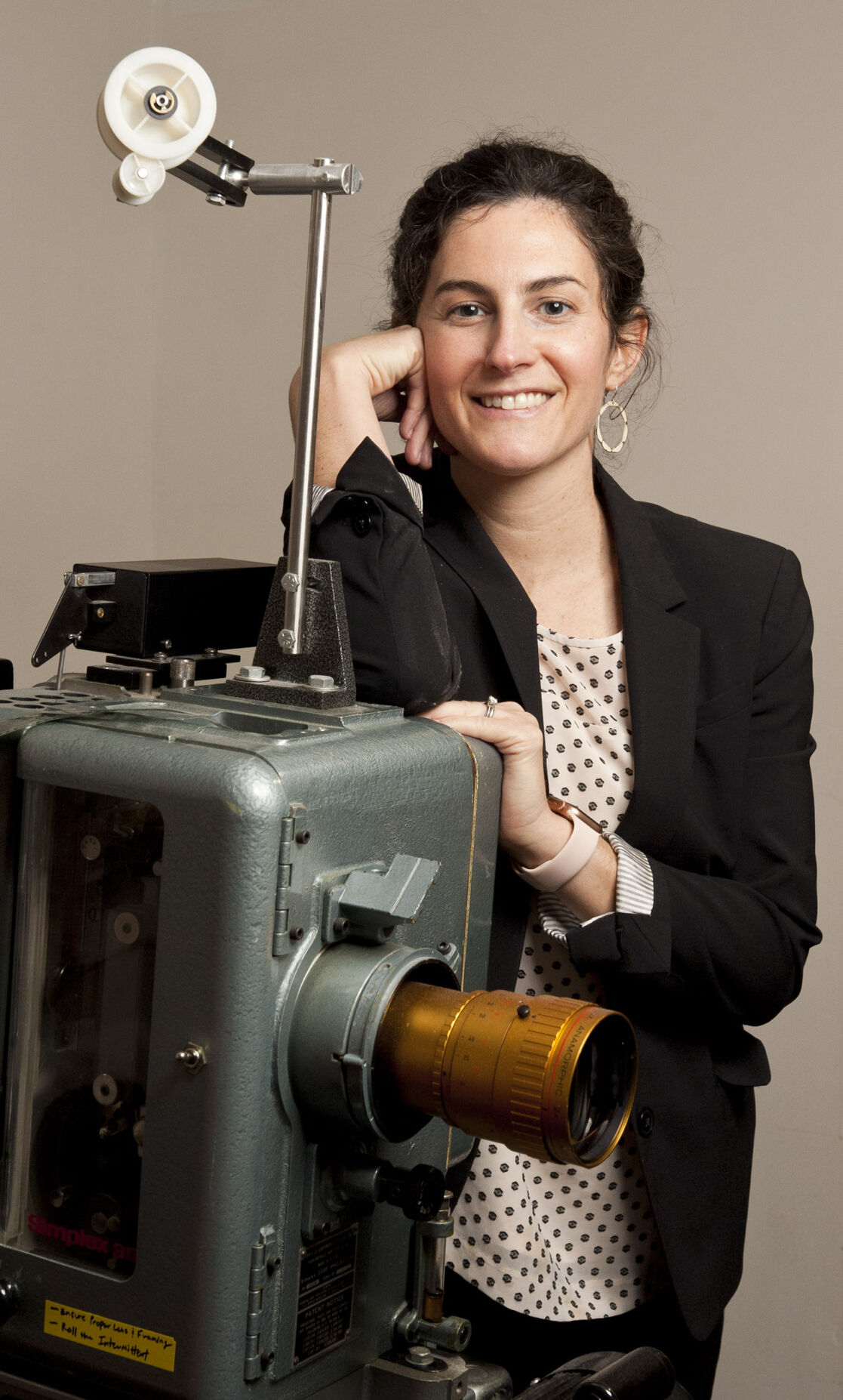 Aperture Cinema will start an annual film series called Luminaries on April 1 as it honors “legends in the making.” The series will be a combination of virtual and in-person screenings.

Aperture has remained closed since mid-March 2020 because of the pandemic, offering a virtual cinema and private rentals for small groups. But on May 14, Aperture plans to reopen.

“Luminaries celebrates a filmmaker or industry professional who breaks down walls, challenges stereotypes and leads with originality,” Aperture stated in a press release.

The series will feature film screenings, Q&A’s and panels spread throughout the year which will showcase significant works of each honoree. Each Luminaries year will be capped off with a visit and community conversation with the honoree.

The 2021 honoree is Ramin Bahrani, an Iranian American filmmaker who was born in Winston-Salem.

“Aperture Cinema could not be more excited to honor Ramin Bahrani as our first Luminaries filmmaker,” said Lawren Desai, executive director and curator of Aperture Cinema. “He has a long film career ahead of him and certainly will one day be labeled a master. I’m thrilled that we can celebrate Ramin’s films from the early days until now and to introduce (and reintroduce) local audiences to this talented filmmaker from Winston-Salem.”

“One of the things I’ve always wanted to do is have more opportunities for the community to engage with filmmakers — filmmakers that are in the midst of their careers — outside of when they come to town for a festival or something,” she said.

Bahrani’s films have won awards and acclaim all over the world. He received a Guggenheim Fellowship and a Someone to Watch Independent Spirit Award in 2008. “Goodbye Solo,” which was filmed in Blowing Rock and Winston-Salem, won the Critics’ Prize for best film at the Venice Film Festival (2009); and “99 Homes” won Michael Shannon SAG and Golden Globe nominations in 2015. Bahrani was most recently nominated for a 2021 Academy Award for Best Adapted Screenplay for his film “The White Tiger,” which is streaming on Netflix.

In 2009, the late film critic Roger Ebert said, “Ramin Bahrani is the new great American director. After three films, each a master work, he has established himself as a gifted, confident filmmaker with ideas that involve who and where we are at this time. His films pay great attention to ordinary lives that are not so ordinary at all.”

Aperture will kick off Luminaries with screenings of “Life Itself,” a 2014 documentary film about the life of Roger Ebert that features interviews with Bahrani.

The series will also feature virtual screenings of Ramin’s films “Chop Shop,” “Man Push Cart” and “Socrates” in late April and May. A compilation of Bahrani’s short films are scheduled for August.

In addition, Lit/Flix, Aperture and Bookmarks will host a virtual book/film club for “The White Tiger” on June 6 with special guest hosts.

“We love working with Lawren and working with Aperture,” Jamie Southern, interim executive director for Bookmarks, said. “I think they have a lot of really great ideas, and I think they bring a lot to the community. It’s great to have this series kind of look a little bit deeper into the filmmakers, into their backgrounds, and why they chose to go in the directions that they choose to go in with these movies.”

Southern said she is glad Aperture plans to be inclusive in the filmmakers chosen as honorees for Luminaries.

“I think that’s really important to do,” she said. “It’s important to shine the spotlight on those people for the arts community.”

Aperture started outdoor screenings in late summer/early fall 2020 amid the pandemic and will continue with them this year.

Desai said she has been fortunate to get grant money for Aperture to buy its own outdoor equipment, including screen, projector and speaker to do outdoor screenings.

The grant was from Truist Foundation and was matched by an anonymous donor.

“I have been working on this for the last couple of months,” Desai said. “The idea is that we will be able to take Aperture around to different parts of town and do film screenings in parts of the community where we may not currently be,” she said.

Three outdoor screenings of Bahrani films will be presented in Industry Hill, which is behind Winston-Junction Market off Trade St. in Winston-Salem: “Chop Shop” on April 23, “99 Homes” on July 23 and “Goodbye Solo’ on Sept. 10.

Events for the fall will be added over the summer and include screenings of 2021 Sundance Award winner “Luzzu,” produced by Bahrani and a revival cinema series featuring some of Bahrani’s favorite films and directors who influenced his work. The series will wrap up at the end of 2021 with an in-person conversation with Bahrani.

“My hope is that we do it every year,” Desai said of the series.

When: Starts April 1 with online screenings of "Life Itself" (2014) documentary

Other movies will include:

Others will be announced later.

How Prince Philip was portrayed on The Crown

How Prince Philip was portrayed on The Crown

A Celebration of Black Excellence, to be presented virtually from April 16 to 18, will feature the ACOBE community choir, other performing and visual arts, a Black-owned business expo, networking, educational sessions and panel discussions.

While working on a recent project, Leslie Smith apologized to her neighbors, telling them she was sorry but couldn’t stop in the middle of the…

PAJAMA MARATHON: Three people from Spring Theatre will broadcast live for 24-hours nonstop in their PJs March 20-21 to raise money for the the…

Winston-Salem native Ramin Bahrani's films will be the first shown at a new series called Luminaries at Aperture Cinema in Winston-Salem.

Lawren Desai is executive director and curator for Aperture Cinema. “Aperture Cinema could not be more excited to honor Ramin Bahrani as our first Luminaries filmmaker,” says Desai.

Lawren Desai is the executive director and curator for Aperture Cinema. 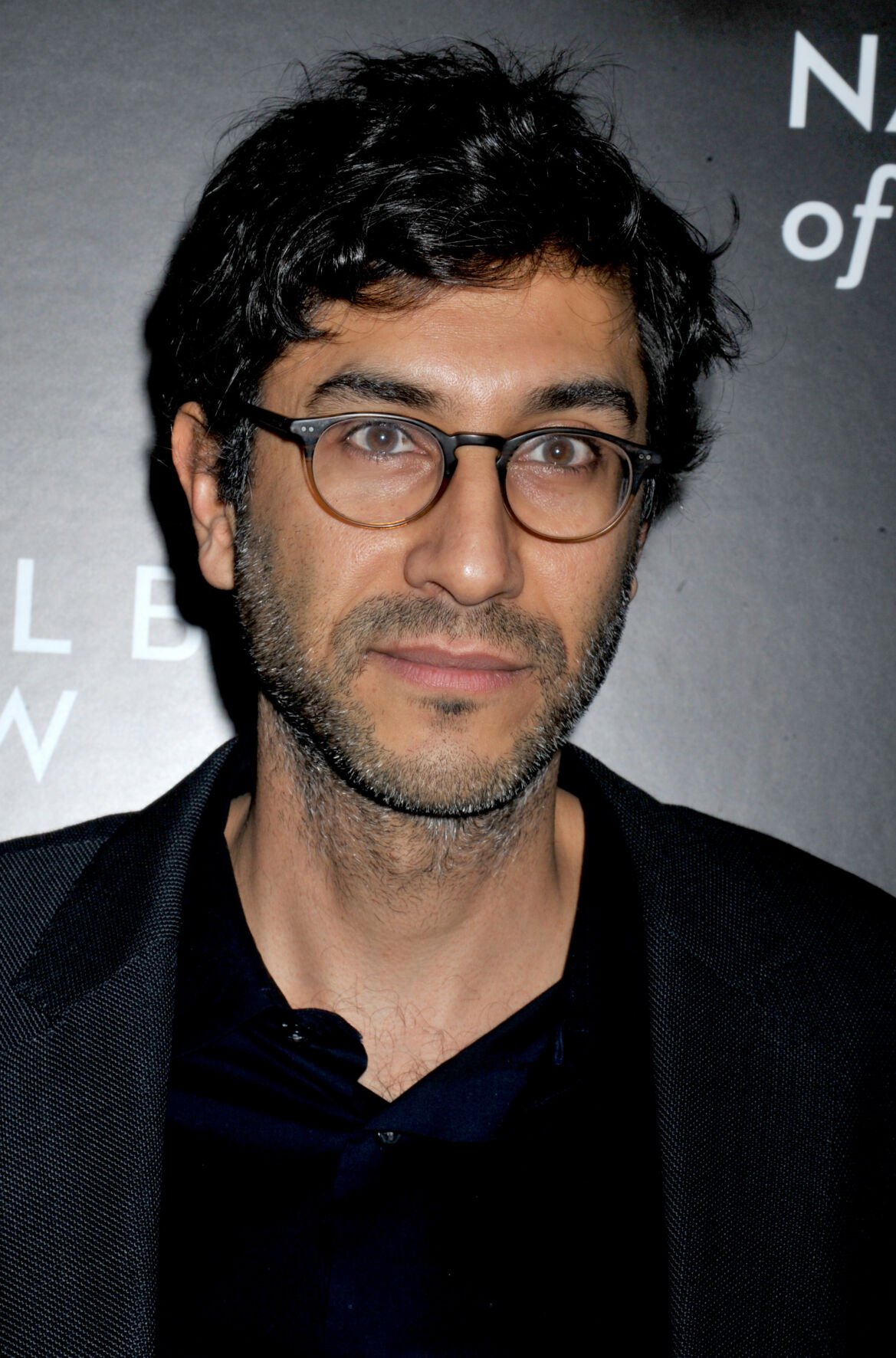 Ramin Bahrani, who was born in Winston-Salem, will be the 2021 honoree at Aperture's film series Luminaries.