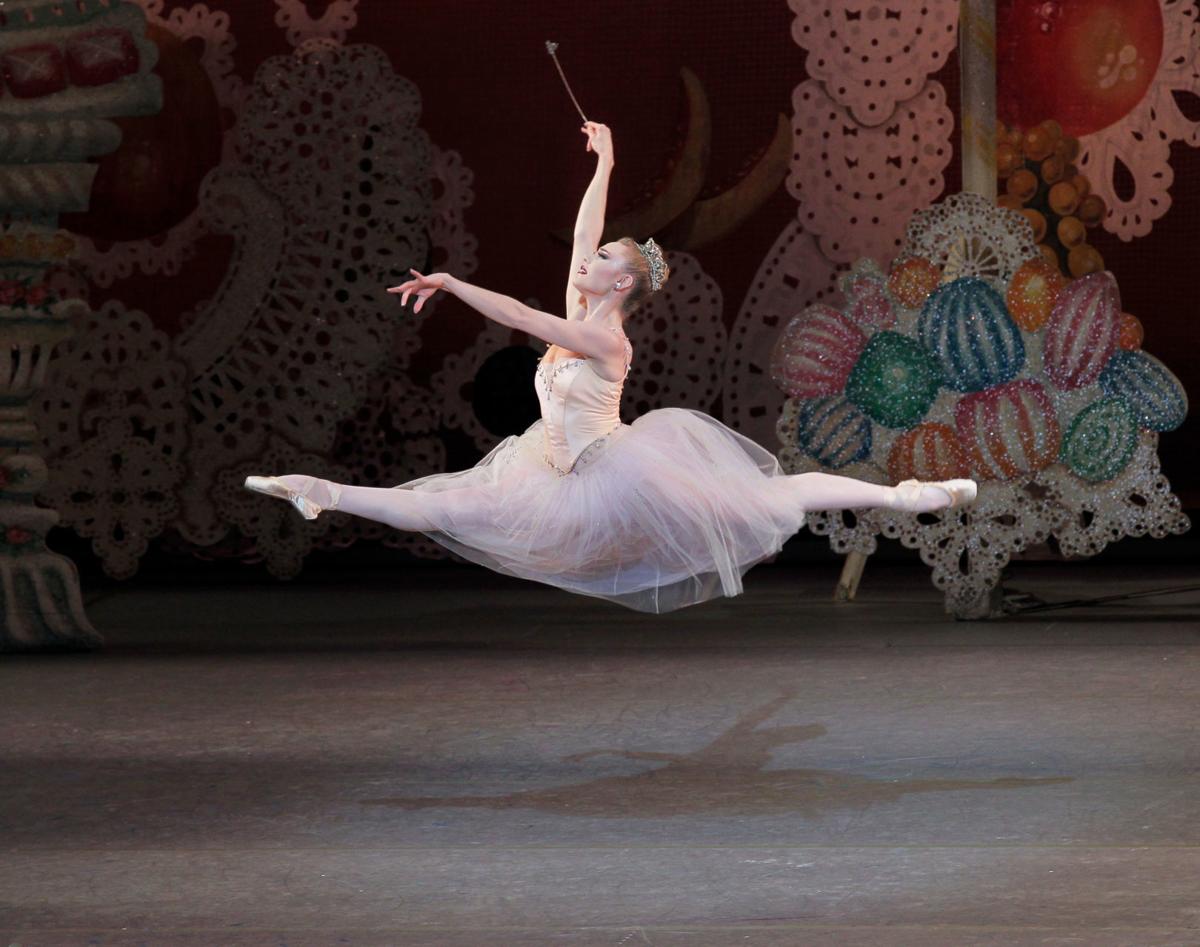 New York City Ballet dancer Sara Mearns will dance the role of the Sugar Plum Fairy in UNCSA’s “The Nutcracker.” 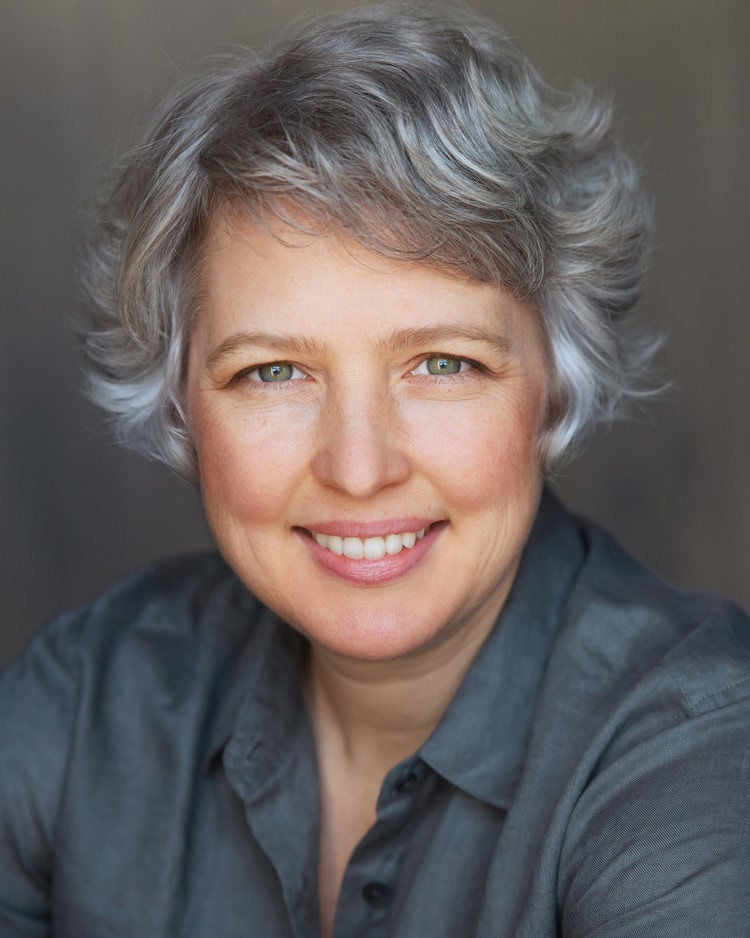 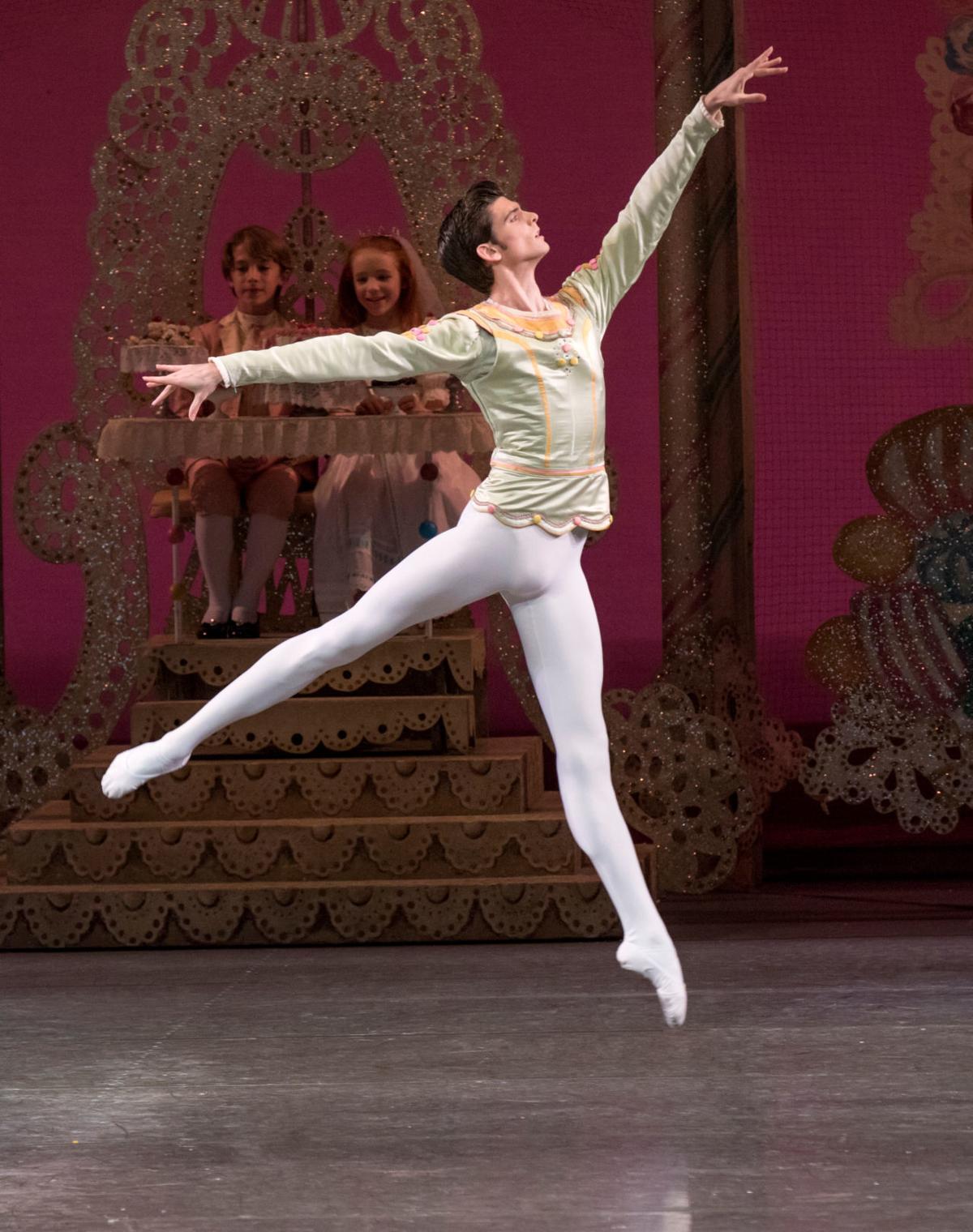 Candy, flowers and exotic lands immediately come to mind when one thinks of “The Nutcracker” ballet, and the holiday treat from UNC School of the Arts is also full of love and magic, according to two guest artists who are part of this year’s production.

Karin Hendrickson, who is originally from Pennsylvania and currently living in London, is conducting the UNCSA orchestra.

Sara Mearns, a principal dancer with the New York City Ballet, is performing in the starring role of the Sugar Plum Fairy for two evening performances.

This annual feast for eyes and ears will be Dec. 13-22 at the Stevens Center in downtown Winston-Salem. Mearns and another New York City Ballet principal Peter Walker will perform on Dec. 18 and 19.

“The opportunity to have not just professional dancers but world-class stars of ballet perform as part of UNCSA’s ‘Nutcracker’ is not only a coveted event for Winston-Salem audiences, but is a chance of a lifetime for our students,” said Susan Jaffe, dean of the School of Dance. “Sara Mearns and Peter Walker are fantastic dancers who will wow audiences and enrich our students’ experience.”

Mearns grew up in Columbia, S.C., and has danced in “The Nutcracker” since she was 3, performing first as a Mouse. Now, she is dancing the starring role of the Sugar Plum Fairy, both here and at the NYC Ballet.

“It’s a great role,” she said. “I’ve done it so many years that I can kind of ease into it. It’s almost kind of relaxing for me.

“The Sugar Plum Fairy is almost like a fairy godmother. Clara and the Prince have been through a nightmare — battling with the Mouse King and his army — and and now the Fairy is making their happiest dreams come true.

“Even though I’m not a mother myself, I become very motherly when I go out there as her. .... She welcomes them into her world with open arms.”

“‘The Nutcracker’ is a timeless story, especially for young kids,” Mearns said. “It’s a celebration of what this time of the year is all about. It’s a time for family gatherings. In New York, you see crowds who don’t normally come to the ballet.”

“I love so much about ‘The Nutcracker,’” said Hendrickson who conducted Leonard Bernstein’s epic “MASS: A Theatre Piece for Singers, Players and Dancers” at UNCSA last year.

“I love the whimsy of the fairy tale and the real-life love story. I love the wholesomeness of the dramatic text: It has the ability to speak to not only the adult mind but also the child’s.

“It’s a great reminder that there is truth in magic and truth in the higher levels of love. Also, Tchaikovsky wrote two of his best pieces in ‘The Nutcracker’.”

Hendrickson described places in the music that might be overlooked by the casual listener. Toward the end of Act 1, the mysterious Drosselmeyer returns to Clara’s house after a big party: the Christmas Tree grows, and Clara and the Nutcracker Prince are brought forward as they begin their journey into the Lands of Sweets and of Ice and Snow.

At another place in the music, there is “a quiet moment that epitomizes beauty and love and the natural world,” Hendrickson said. “These are moments that impel the story. We have to go on the journey to get to the magic and the love.

“You can’t help but fall in love with the music — and the storytelling on top of that.”

Like many orchestral conductors, Hendrickson has conducted mostly symphonic music and opera. She has assistant-conducted several ballets, but this is the first that is all hers. It requires a particular sensitivity. In the moment

“To conduct ballet you have to be willing to put yourself in the studio with the dancer,” Hendrickson said. “You have to know the staging and how to read the dancer’s body. This is a delicate relationship. When a singer is running short of air, you can hear it. With dancer’s body you are relying on how you see them moving or working.”

In college and high school, Hendrickson was an elite athlete, playing basketball and tennis. She was MVP of her teams and went as far as trying out for the Women’s National Basketball Association, so she can empathize with the athleticism required for ballet.

“I still work out in the morning as much as I can,” she said “It’s my daily practice of life.” She does Crossfit online, as well as yoga, Pilates, weights, and she runs. “It’s a beautiful thing to be in Winston-Salem where you might be able to run in December.”

While she conceded that conducting requires a certain physicality, Hendrickson said, “True musicianship comes from something inside the person that they are able to convey to the orchestra either in concert or in rehearsal.

“Our bodies have to be eloquent, but they don’t have to be elegant; that is something that — regardless of age or level of fitness — a conductor can share with the audience. I think conductors recognize that fitness is helpful, but it’s a balance.”

Mearns said that, for her, nothing compares to dancing to live music.

“It’s a live performance. We’re dancing live, and the music is live,” she said. “It’s an in-the-moment thing happening, and we’re all in the moment making it happen. Dancing to live music is just the best thing ever.”

What: UNC School of the Arts departments of Dance, Design and Production, and Music present "The Nutcracker," Karin Hendrickson, conductor.

More: Sara Mearns will dance the Sugar Plum Fairy and Peter Walker the Cavalier Prince for two performances only: 7:30 p.m. on Dec. 18 and 19.

A dean will depart UNC School of the Arts for Pittsburgh

Susan Jaffe will become the artistic director of Pittsburgh Ballet Theatre on July 1.

New York City Ballet dancer Sara Mearns will dance the role of the Sugar Plum Fairy in UNCSA’s “The Nutcracker.”