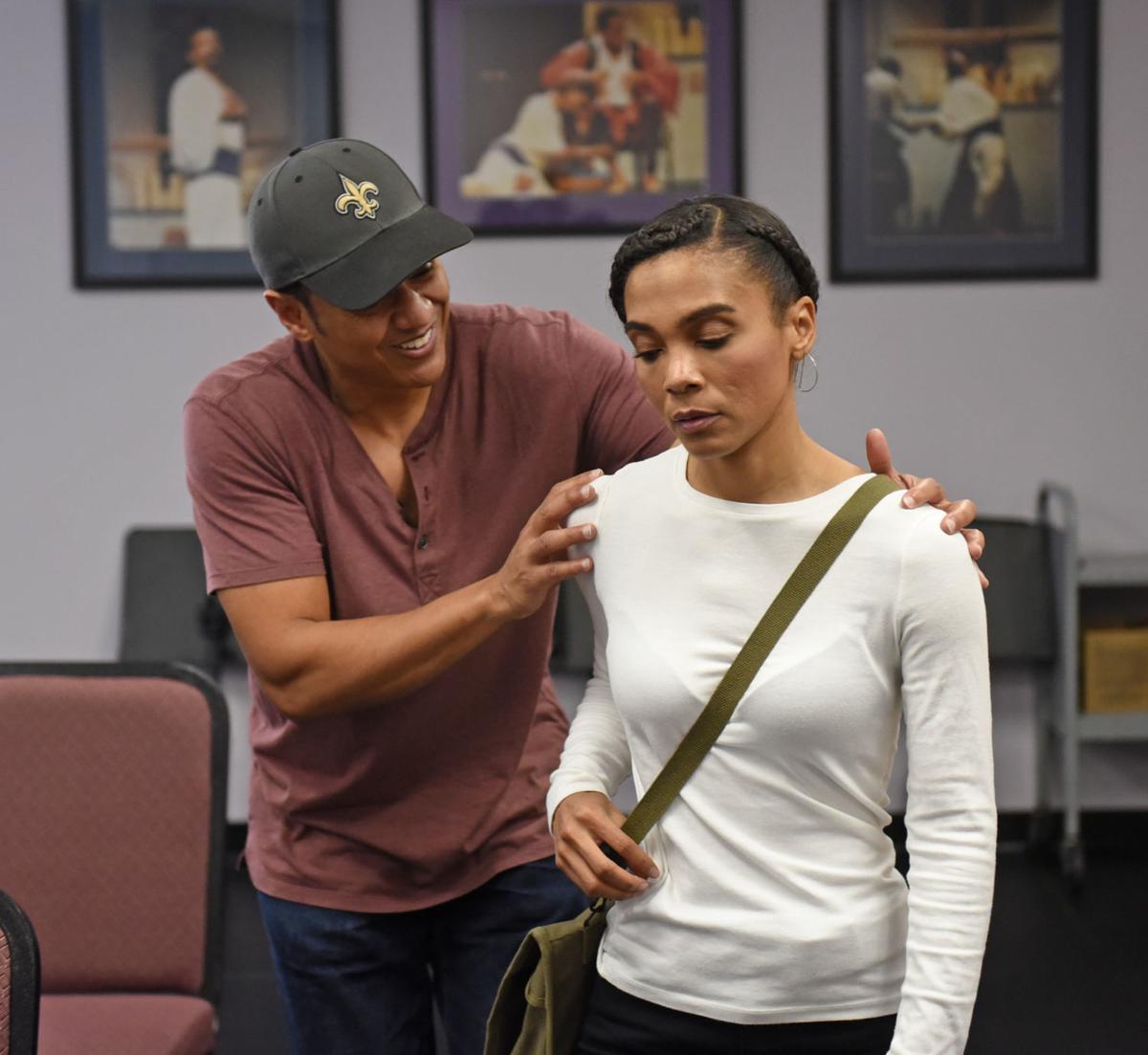 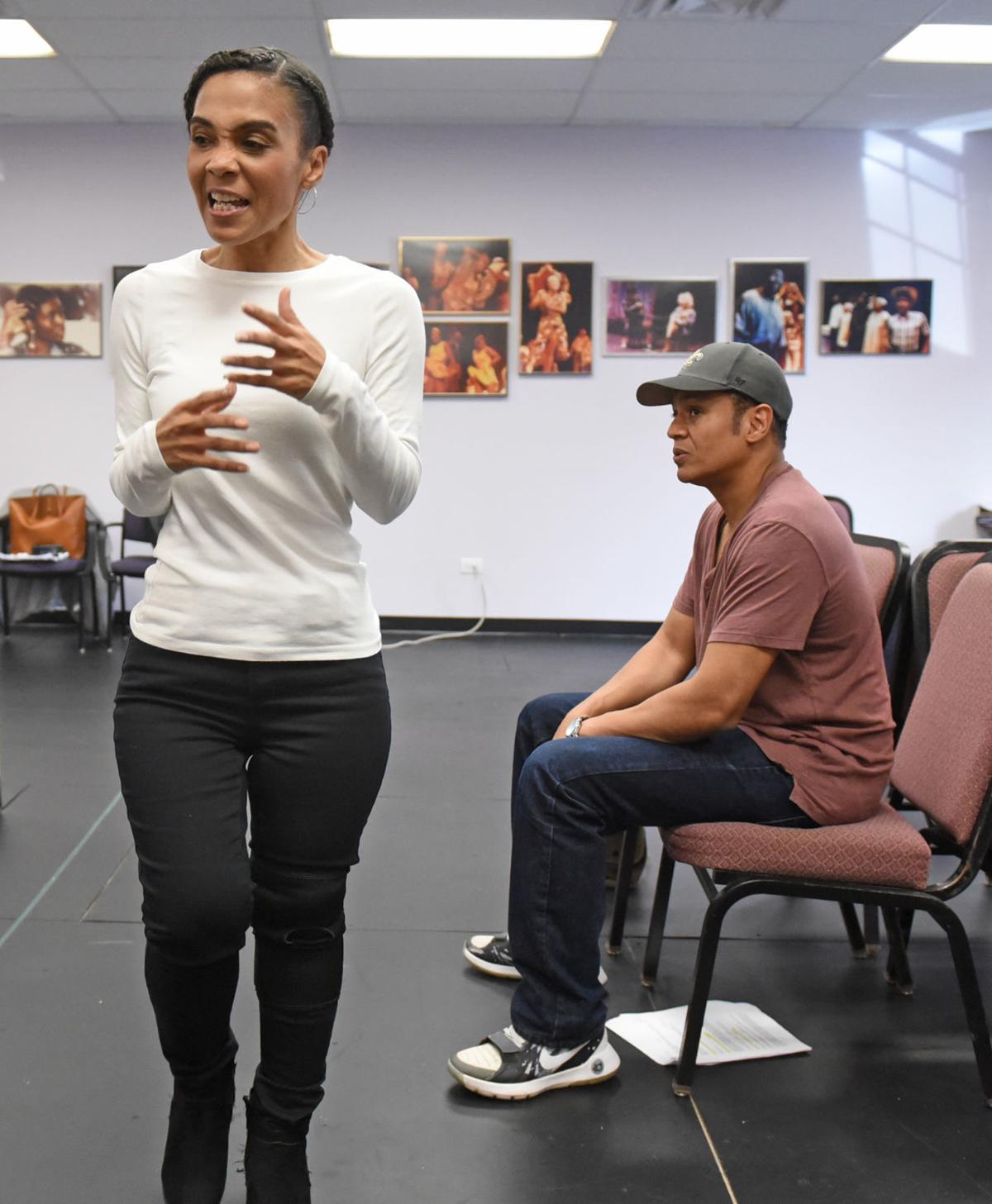 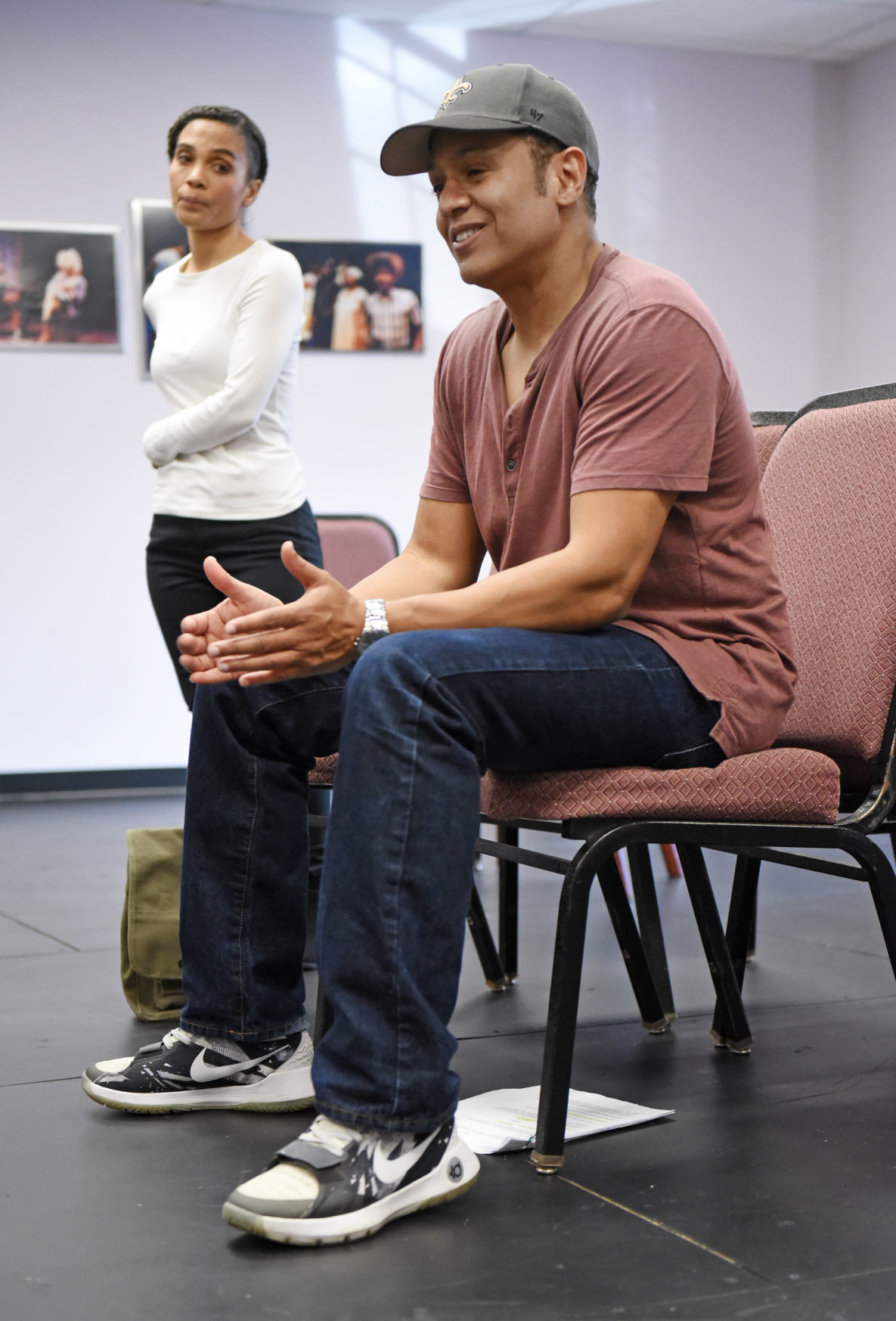 Some plays make you laugh. Some make you cry. Some provide food for thought, and some feed the heart.

Playwright John Shévin Foster’s “Plenty of Time,” which opened Thursday at Hanesbrands Theatre, does all of this and more.

As the North Carolina Black Repertory Co.’s only full-length, fully staged play of the season, “Plenty of Time” is a great choice. It’s entertaining, educational and full of heart.

I say educational, because it’s set in Martha’s Vineyard from 1968 to 2011, and the passage of time is marked between scenes with photos of athletes, artists, activists and politicians, changing fashions and music though the decades.

And what music it is. There’s a great soundtrack — from Marvin Gaye to Prince and beyond. Sometimes the audience sang along.

The poignant and tempestuous love story of Corey and Christina plays out against this backdrop of American history. We watch them from youth, when she’s a spoiled, sexually precocious high-school girl and he’s a Black Panther wannabe busboy, through middle age and a reckoning of sorts.

Their story begins in 1968 with a chance encounter and what could have been a one-night stand. Instead, the two meet once a year and witness one another’s lives and personal growth and sometimes regression.

The physical aging that the actors do is subtle but spot-on. Gunn doesn’t play Christina at 60-ish hunched-over and fragile, just a little slower and stiffer.

The second time we see Corey and Chris, it is 1974. He is just back from Vietnam, a war he was forced into, and she is rebelling against her conventional upbringing, majoring in Women’s Studies at University of California, Berkeley. She’s called to be a writer, partly by a book that Corey left behind, Eldridge Cleaver’s “Soul on Ice.”

Fast-forward to 1985, and Chris is back to being Christina, now a successful ad executive with her ideals somewhat trampled in the dust of industry, and Corey is an assistant district attorney.

They bicker, hide from and then reveal themselves to one another. They have some serious arguments but almost always end up back in bed and always back in friendship.

The year 1995 finds them sharing on a deeper level. As we progress through life, the stakes get higher, and the question is finally asked, in 2011, if they will ever be together.

Ultimately, “Plenty of Time” is the story of one man and one woman experiencing life in the middle of the times that they are in. They are both a part of and apart from events of history. Gunn and Alexander make us feel that we know these people, and, even when they are foolish or infuriating, we care about them.

If certain elements of “Plenty of Time” seem familiar, it’s because Foster’s inspiration for the play, first mounted in 2003, came from the popular 1975 play, “Same Time, Next Year,” by Bernard Slade. The stage production featured Ellen Burstyn and Charles Grodin; the film: Burstyn and Alan Alda. Foster has said that he wanted to see a play about seldom-depicted black middle- and upper-class communities.

The show, featuring Alexander, was mounted for the 2005 National Black Theatre Festival, and it will be presented here again during the 2019 NBTF in July and August.

Length: one hour, 50 minutes, with one intermission

New $500 million Esports arena to be built in Toronto

New $500 million Esports arena to be built in Toronto

You can make art out of anything. This won’t come as news to anyone who has paid attention to art’s development over the last 100 years or so.