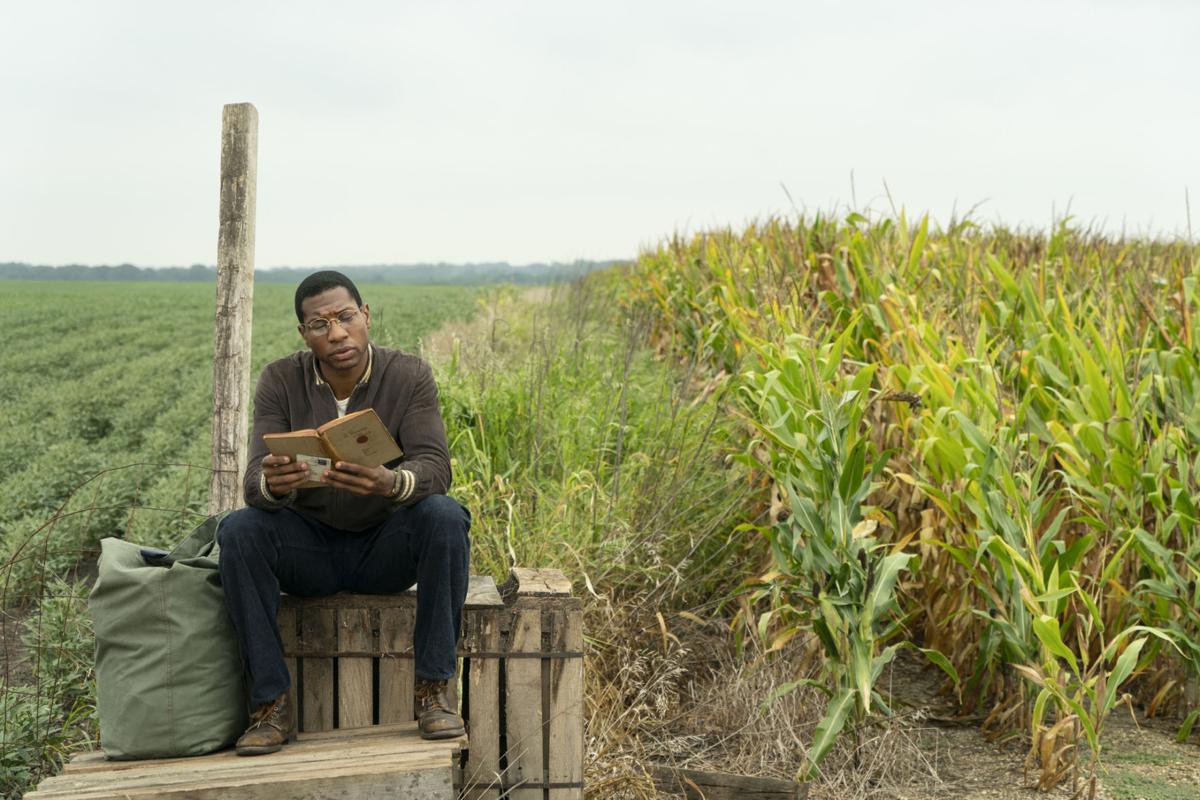 Jonathan Majors, a UNC School of the Arts alumnus, stars as Atticus Freeman, a science fiction fan with a secret destiny in "Lovecraft Country." 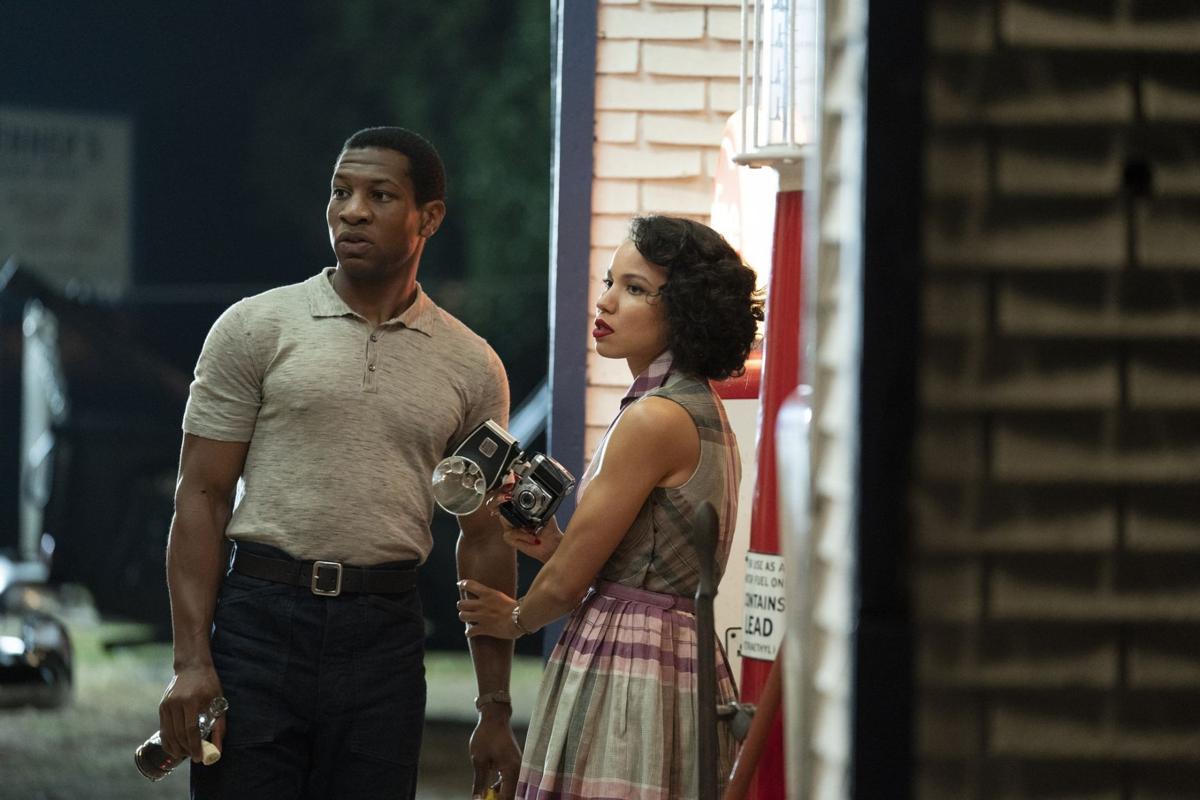 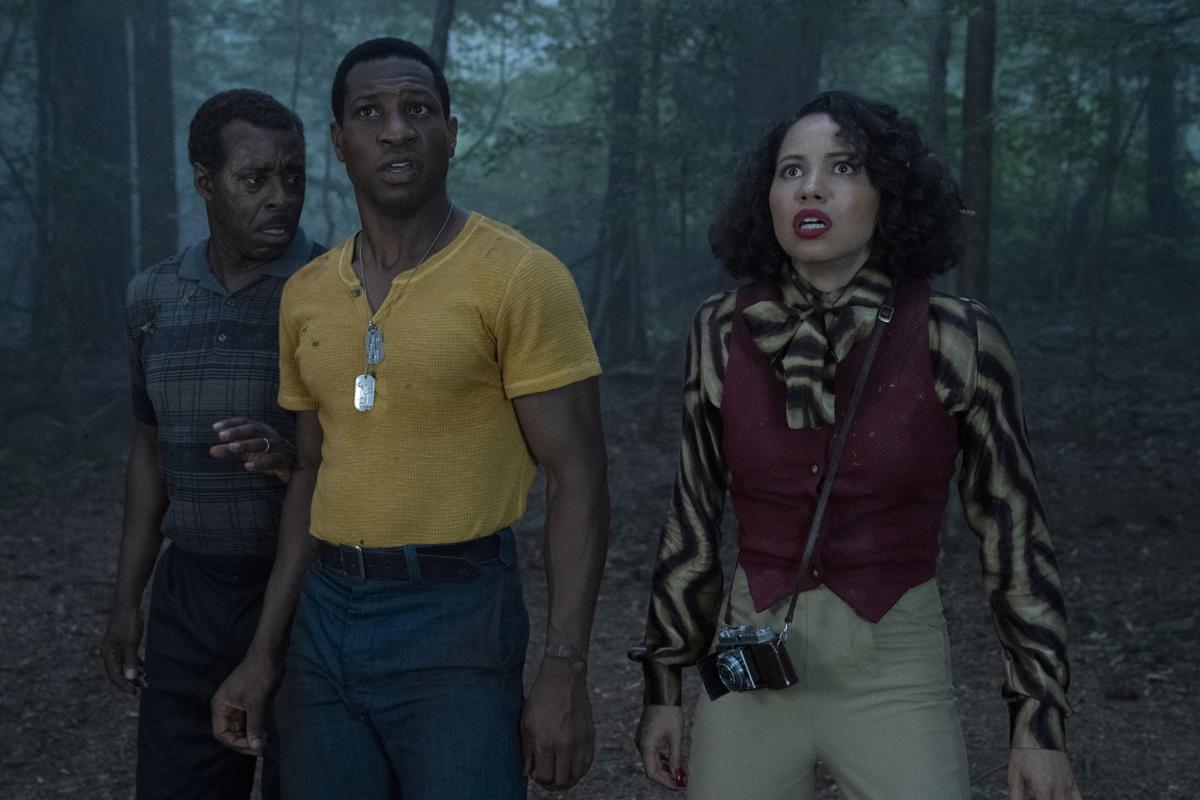 Supernatural creatures often take a back seat to real-world horrors in “Lovecraft Country,” a new series making its debut Sunday night on HBO. The heroes have to contend with not only extra-dimensional monsters and forces of dark magic but also institutional racism and human antagonists.

Either type of foe can be thought of as a monster, said Jonathan Majors, an alumnus of UNC School of the Arts who plays the lead role, “A monster is something that is driven by an inside system, right? And that system is to terrorize or destroy, and there’s no compromising with it.”

The series is based on a 2016 novel by Matt Ruff that blended the fantastical stories of H.P. Lovecraft with the inherent racism faced by Blacks in 1950s America. Lovecraft was known for his pioneering horror fiction in the early 20th century, in which mere humans found themselves overwhelmed by otherworldly monsters, supernatural forces and mad scientists in stories such as “The Call of Cthulhu,” “At the Mountains of Madness” and “Herbert West, Re-Animator.” But his work was also often infused with racist views, especially toward Black people, who he sometimes depicted as sub-human.

In “Lovecraft Country,” Majors plays Atticus Freeman, a Black veteran in 1954 who has always found escape from the realities of growing up in Jim Crow America by retreating into science fiction and adventure stories. He is proud and stubborn, but worldwise enough to know that he must keep his rebellious nature in check.

He goes on a road trip from Florida to his hometown of Chicago to find out the meaning behind some disturbing letters from his father, who he has a fractured relationship with. He discovers that his father has gone missing in a remote area, which leads Atticus and his uncle George (Courtney B. Vance) to venture further, heading to Massachusetts, accompanied by Letitia (Jurnee Smollett), a brassy, confident but at times self-destructive childhood friend of Atticus. She always knew Atticus as a scrawny, bookish kid, but his time in the service has turned him into a muscular, attractive man she looks at in a new way.

Though Atticus is relieved to get out of the Deep South, he quickly finds that the northern half of the country has plenty of racists to deal with as well. He also has to also contend with the discovery that the monsters out of the pulp novels he grew up on are real.

The series was developed by Misha Green, who previously worked on the Civil War-era drama “Underground,” about the Underground Railroad.

“I love monsters,” she said. “I’ve been a horror fan since I was a kid. So, it was just kind of going into that whole realm and creating these CGI monsters and really finding that was exciting and fun.

“And for me, the genre works best when metaphor is on top of something real, so it felt really prescient here and what Matt Ruff had done in his book to parallel how the monsters from pulp was the metaphor on top of the racism that was going on in America, and it’s still going on.”

Majors, 30, is a self-described “theater kid” and has been interested in acting since he was young. He grew up in Texas and acted in high school, then attended the UNC School of the Arts, where he got his bachelor’s degree, followed by Yale School of Drama as a graduate student.

He made his screen debut in the 2017 miniseries “When We Rise,” appearing alongside fellow UNCSA alum Mary-Louise Parker, and he went on to co-star in the acclaimed drama “The Last Black Man in San Francisco.” Other Roles have included parts in the movies “Hostiles,” “White Boy Rick” and “Da 5 Bloods,” which was directed by Spike Lee.

Majors described working with the supernatural elements in “Lovecraft Country,” including monsters and ghosts, as “kind of like an actor’s dream, you know.”

“In the theater you’re dealing with the fourth wall, you know, you’re dealing with imaginary circumstances in both mediums, but the imagination was key,” he said. “All these images that are being projected in my head.” Playing against both physical effects and CGI creatures that would be digitally inserted later “was quite interesting. And it felt very much like a theater game, in some cases.”

Episodes pay homage to previous horror stories, movies and genres, including the “Evil Dead”-style movies about people trapped in a cabin surrounded by monstrous forces; haunted house stories where the key is to unlock some dark secret; rollicking adventure stories with underground temples filled with booby traps; and the body-horror films of director David Cronenberg (“Scanners,” “Videodrome”), among others.

“It’s interesting because, as you would read (the scripts), you would get so submerged in one genre, right?” Majors said. “You have the tone for one genre and you love that one, and then the next (script) you’ll be like, ‘Oh no, no, but this one, this is the dope one.’... It’s wild. Because it’s like ‘Lovecraft’ really deconstructs the classic genres in so many ways, you know, and then re-imagines them in such radical ways as well.”

And through it all is the subtext of having not only to survive up against toothy, tentacled beasts, but contending with the more believable horrors of dealing with the cruelty of racist authority figures and fellow citizens who often view the characters as less than human because of the color of their skin. The characters must make their way through “sundown towns,” all-white communities where Black peoples’ lives are in danger if they stay past sunset, bands of hooligans who are supported by (and often are) local law enforcement, and more threats.

“There are some very — how do you say it? — dark passages in the piece,” Majors said. “I think that’s so neat because that’s so real. ... The things we experience in the story are things that happen in day-to-day life. It’s in the DNA of the African-American experience.”

In a way, he said, he’d rather deal with the supernatural monsters than the figurative ones. “With a monster, it’s a direct physical threat. You know, they want to eat you. ... Run faster.”

Where: HBO and HBO Max

Jonathan Majors, a UNC School of the Arts alumnus, stars as Atticus Freeman, a science fiction fan with a secret destiny in "Lovecraft Country."