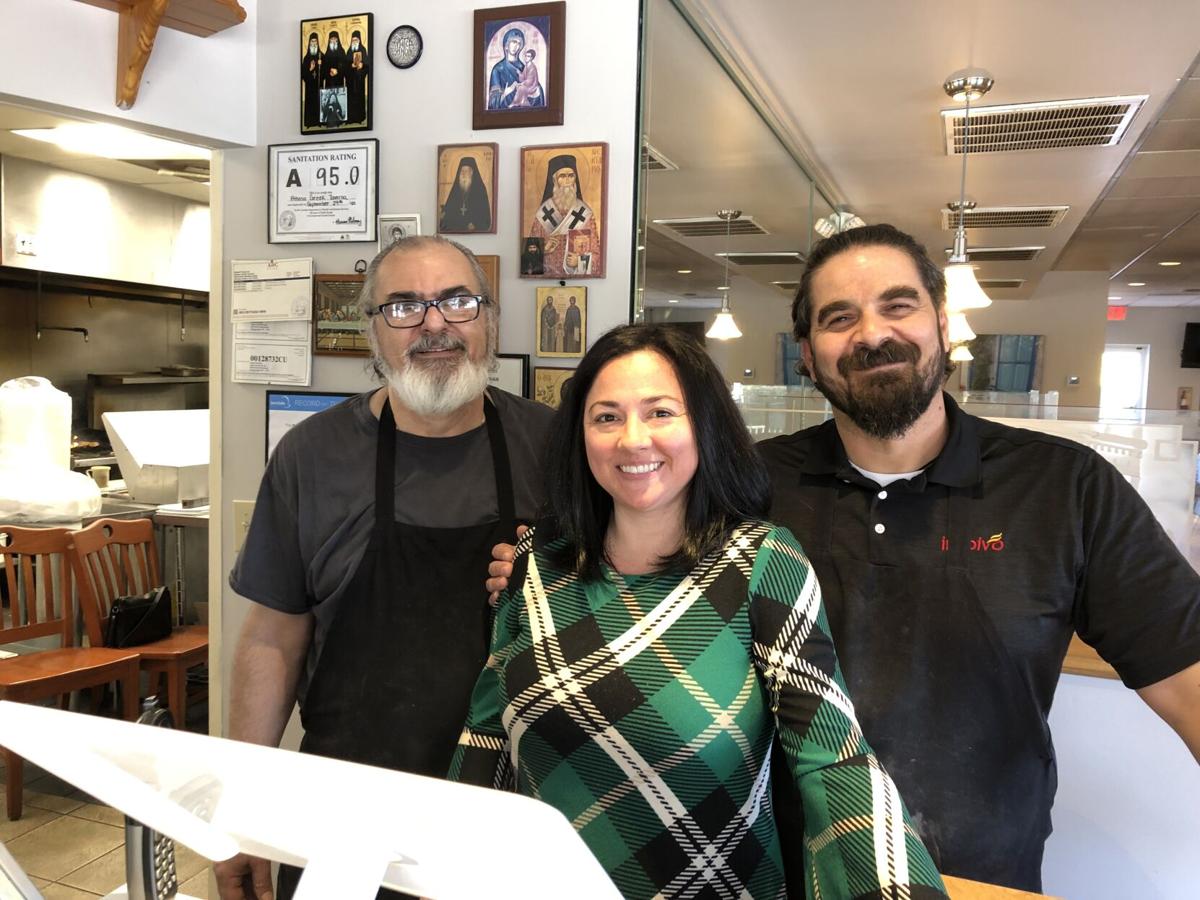 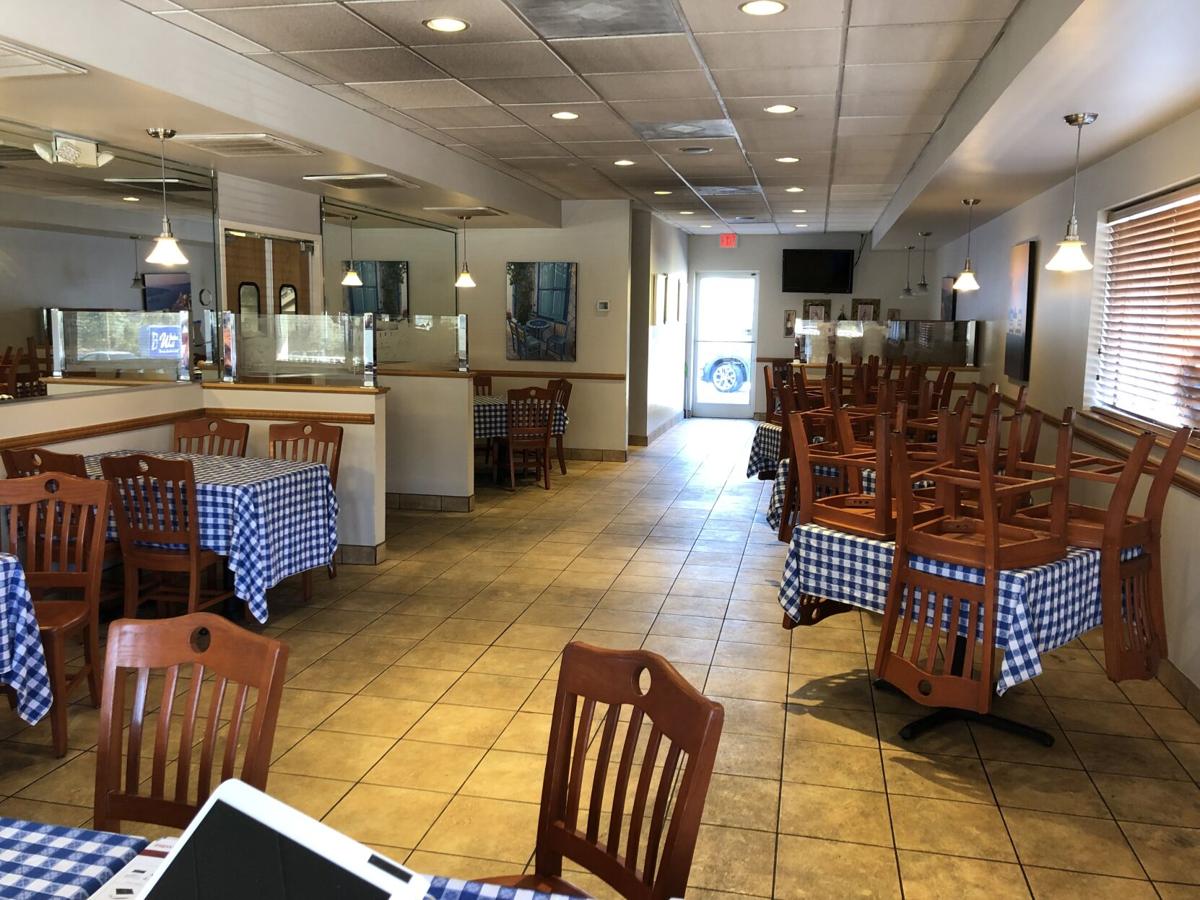 Athena Greek Taverna’s dining room has been closed since September. The restaurant is serving only takeout. It will close completely on Nov. 20. 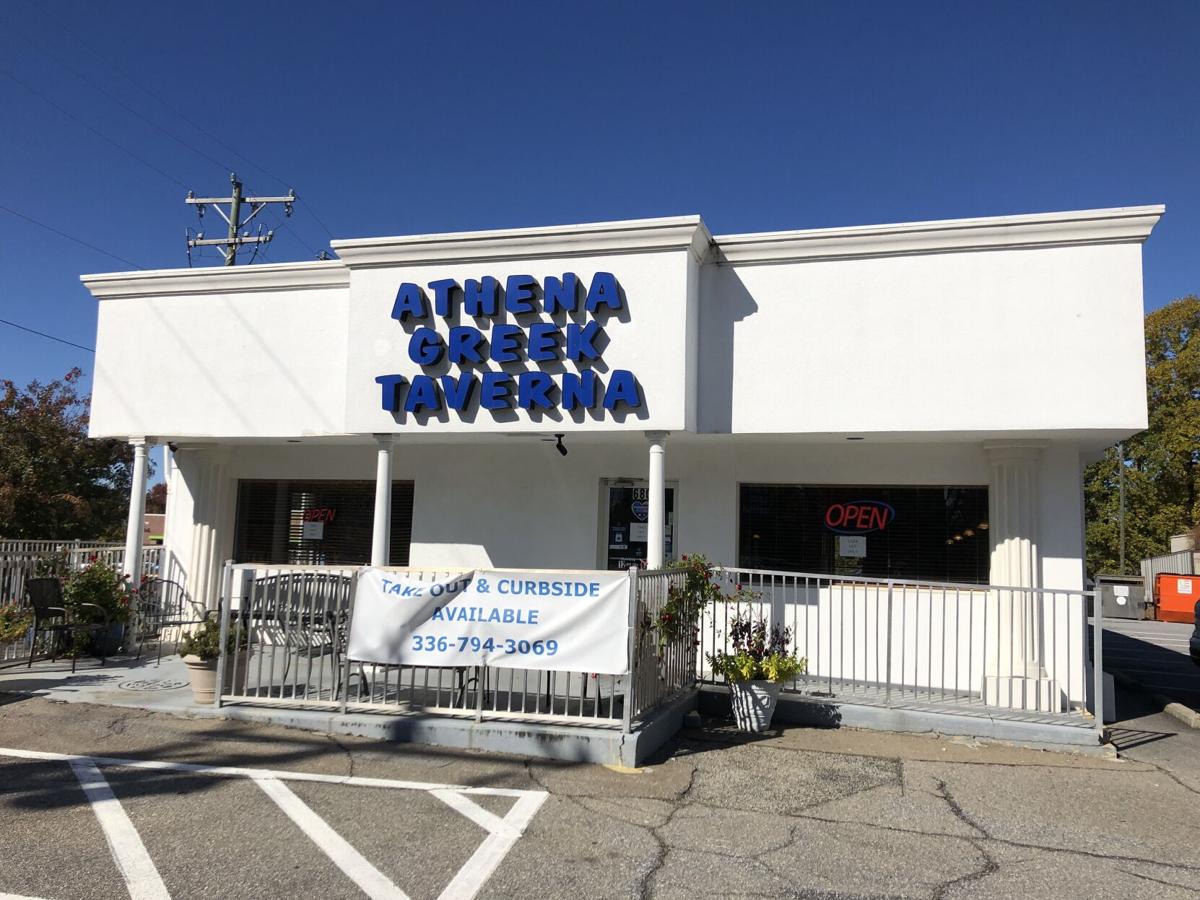 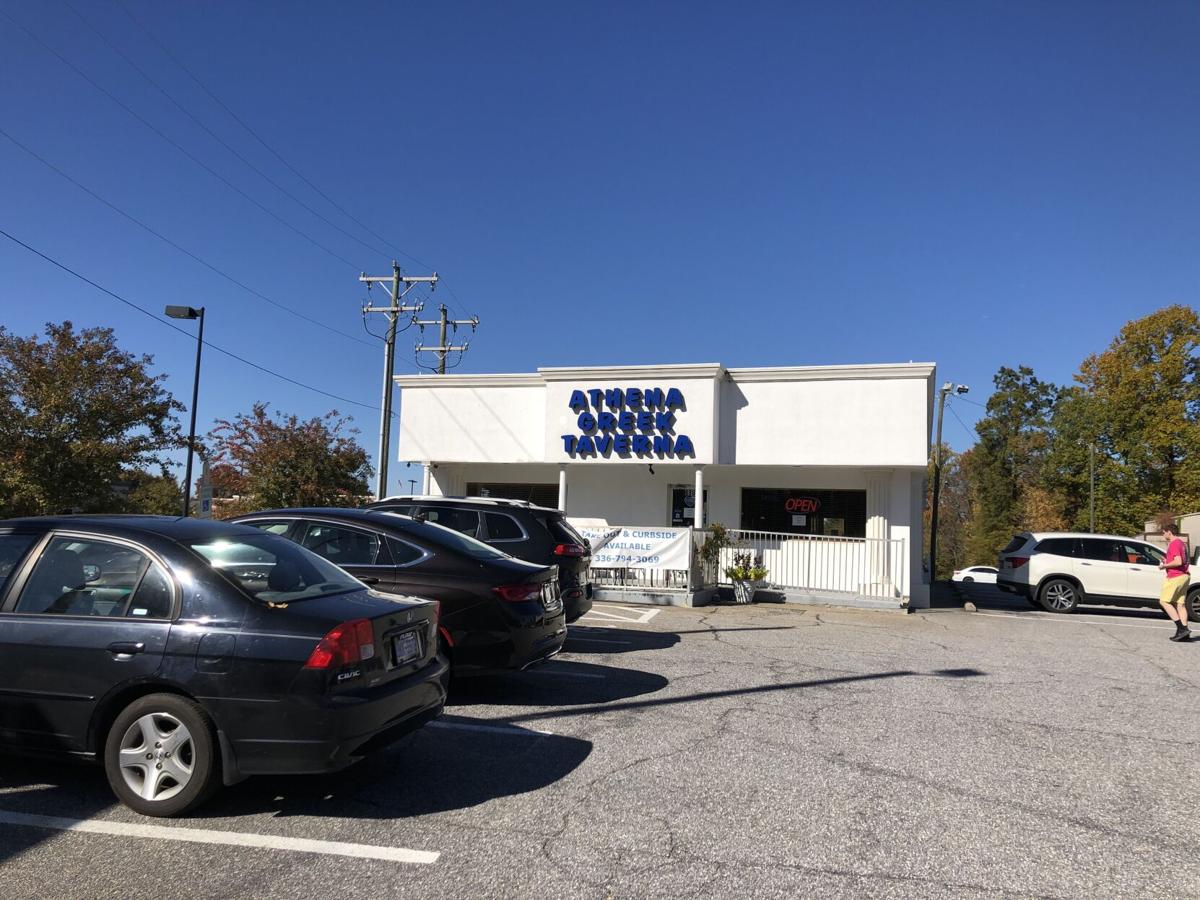 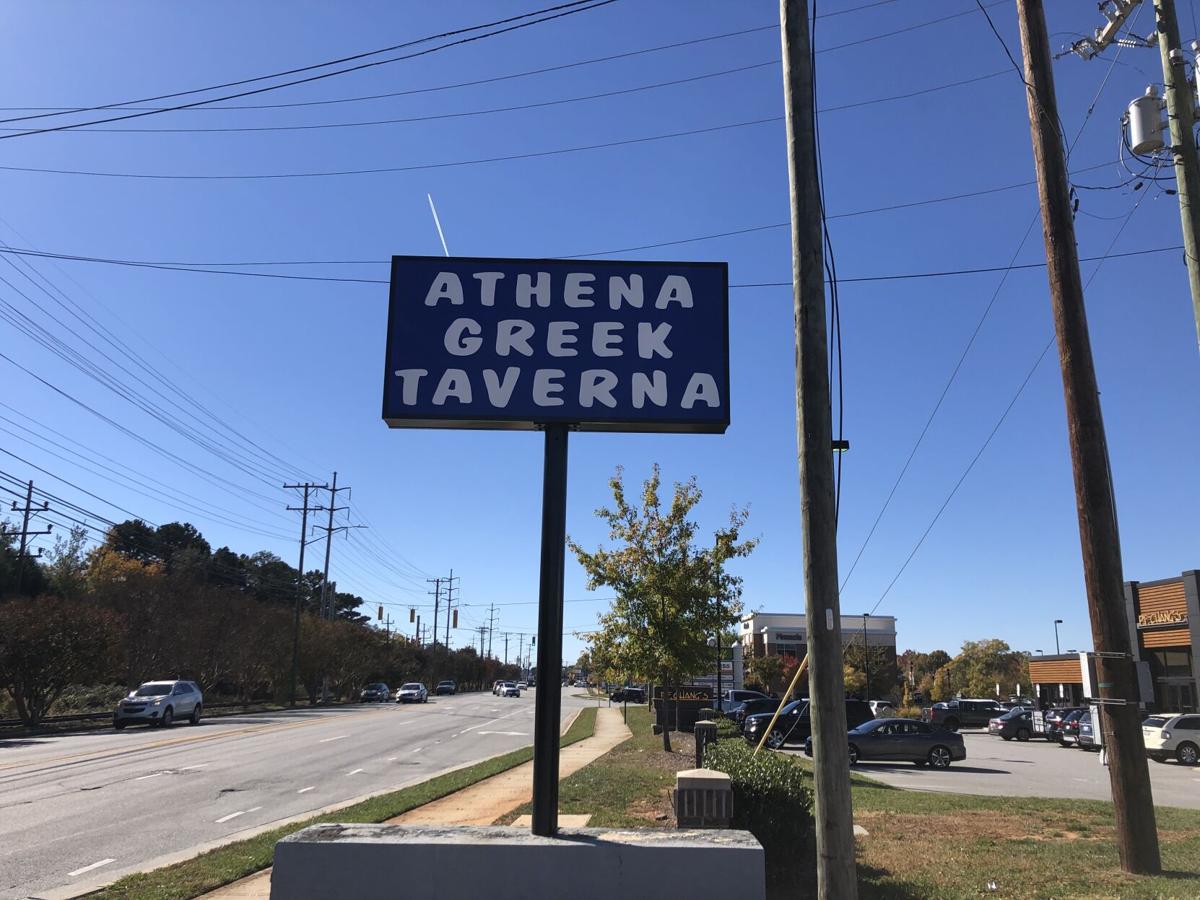 The restaurant was founded in May 2004 by husband and wife Yiannis and Sophia Vgenopoulos. In a city where a large number of restaurants are owned and run by Greek immigrants, Athena is Winston-Salem’s sole restaurant devoted to Greek cuisine.

The owners posted an announcement on Facebook on Nov. 9. The post does not give a reason for the closing, but Yiannis Vgenopoulos said in an interview that the main reason for his decision was exhaustion.

He said that the labor shortage and price increases have made things more and more difficult.

“Last year was hard, but this year has been worse,” he said. “We are closing by choice, but there is no help and prices just keep going up.”

He said that the restaurant staff is down to three people — his wife, himself and longtime chef Christo Felis. “We’ve been working 12, 13, 14 hours a day. That’s why we’re burned out. We cook everything from scratch,” he said. “My kids were helping but now they’re back in school.”

Athena closed its dining room in September and now is open only for takeout.

The post said in part, “We are extremely grateful for the last 17 years in which we have had the pleasure of serving our loyal and wonderful Athena customers. We would like to thank all of our former Athena Greek Taverna employees; all kitchen staff, servers and hosts. We would also especially like to thank our chef Christo for his unwavering dedication and for being the backbone of our entire operation since Day 1. We have been so blessed having him in our kitchen and in our lives.”

Vgenopoulos said he is grateful to have other work to fall back on. He owns a car wash and works for a Inspivo, a credit-card processing business. He said that his wife will go back to working in real estate full time. He also is looking forward to a vacation. “My wife and I would like to go to Greece. We could never both be away from the restaurant for more than a few days.”

Felis does not have plans, Vgenopoulos said, “but he needs a break.”

Vgenopoulos estimated that 95% of his clientele were non-Greeks. “Most Greeks either cook at home or own restaurants,” he said.

But either way, the closing of Winston-Salem’s only restaurant with a full Greek menu will leave a void.

“I hate that we’re losing the only authentic Greek restaurant in town,” said Nick Karagiorgis, a Greek-American who owns Little Richard’s Barbecue. “Hopefully, someone will fill that void.”

Jimmy Carros, a Greek-American and the principal owner of Mr. Barbecue, called the closing “devastating.”

“That’s so sad. The saganaki (Greek cheese), flamed in brandy — I loved it. It reminds me of being in my mom’s hometown. Everything he does, he does authentically.”

Athena will remain open for takeout only through Nov. 20. Hours are noon to 8 p.m. Monday through Friday and 4 to 8 p.m. Saturday. For more information, visit athenagreektaverna.net or on Facebook.

Athena Greek Taverna’s dining room has been closed since September. The restaurant is serving only takeout. It will close completely on Nov. 20.