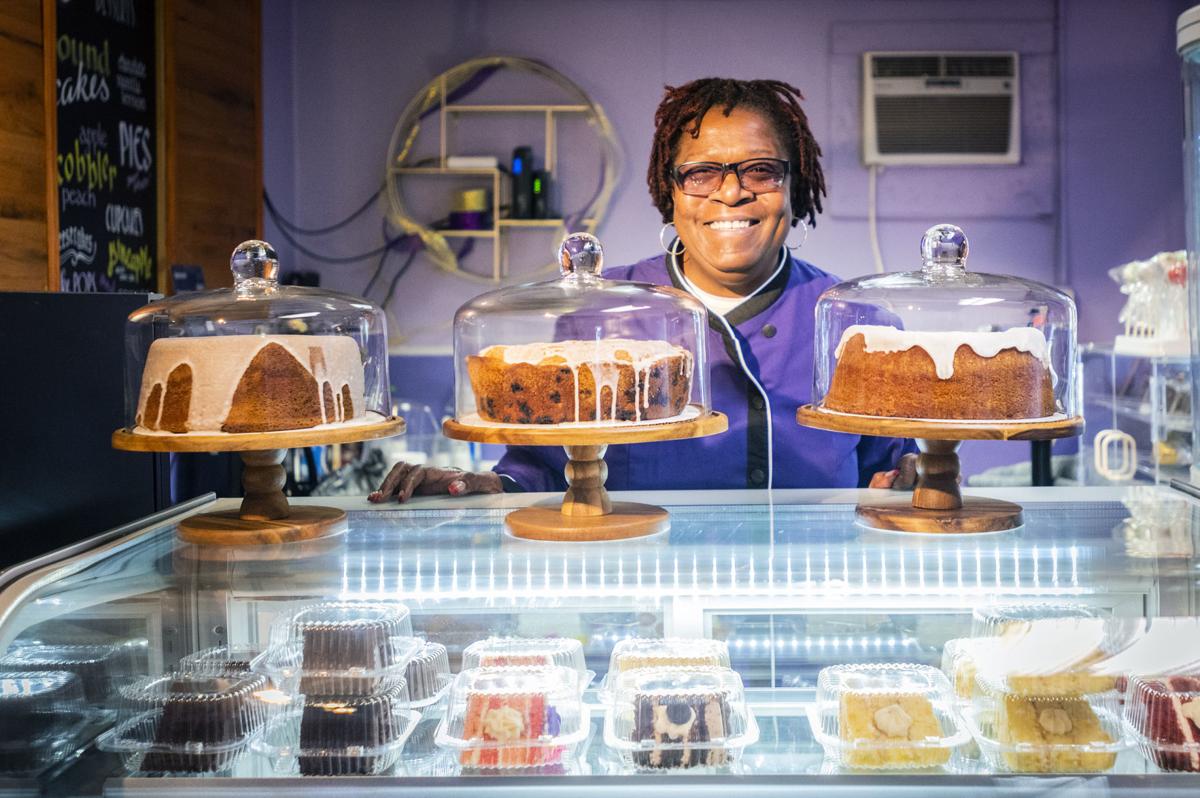 Faith McKnight is the owner and baker at The Sweet Truth Bakery at 2723 Farmall St. in Winston-Salem. 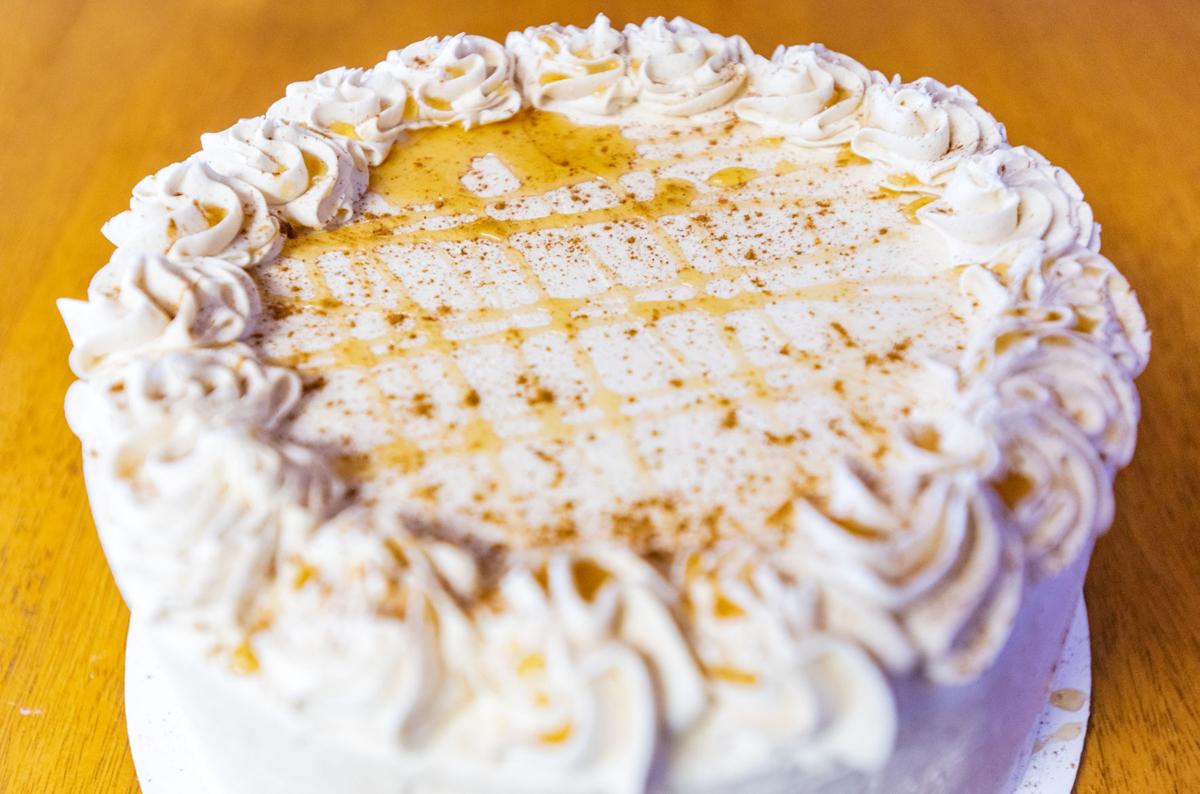 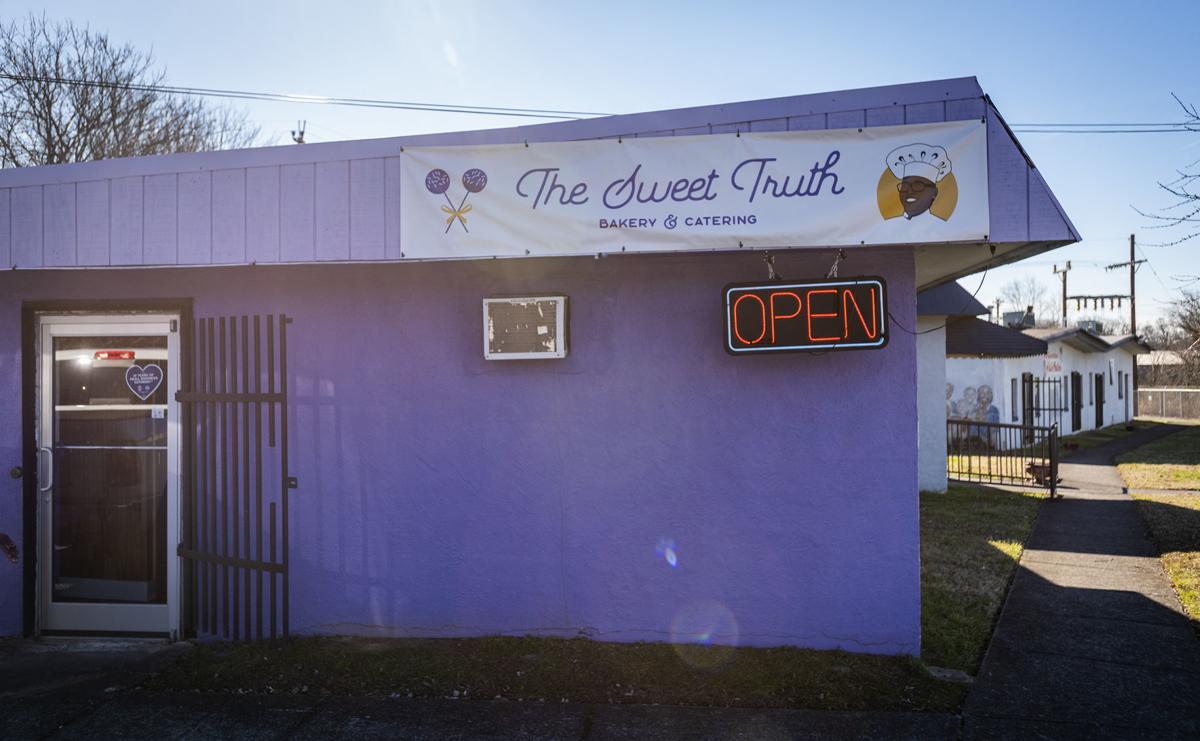 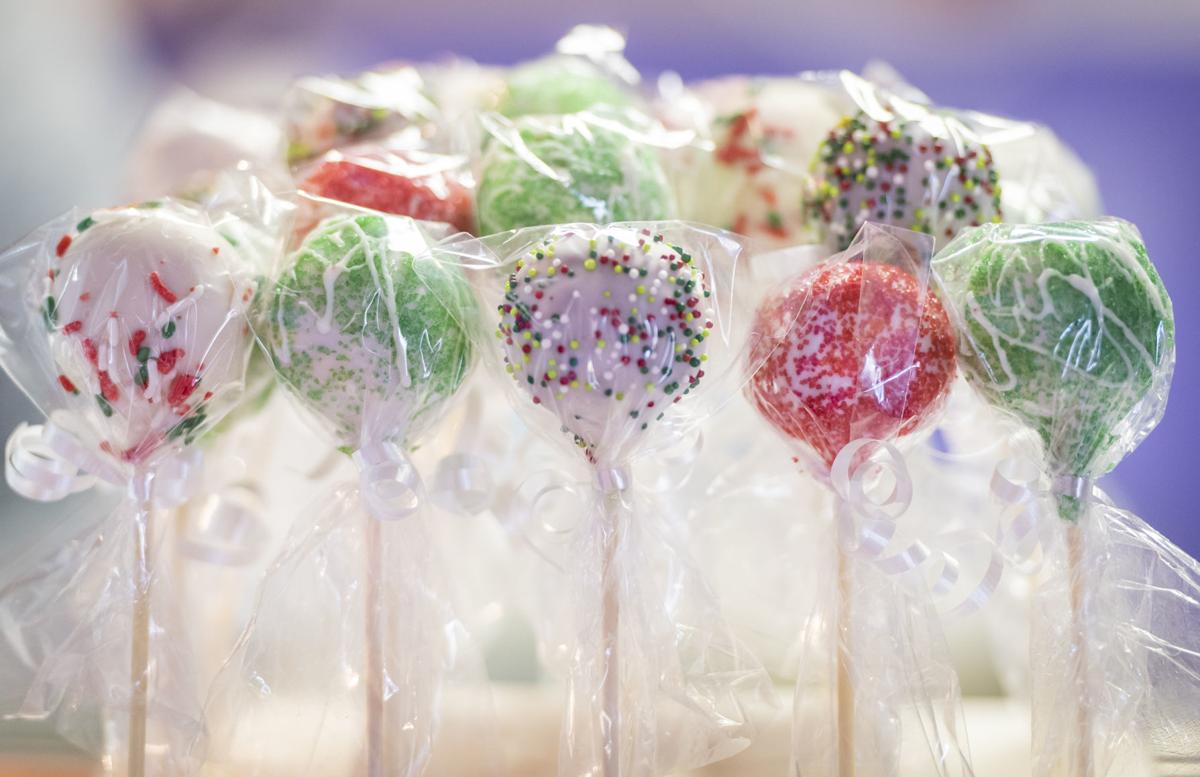 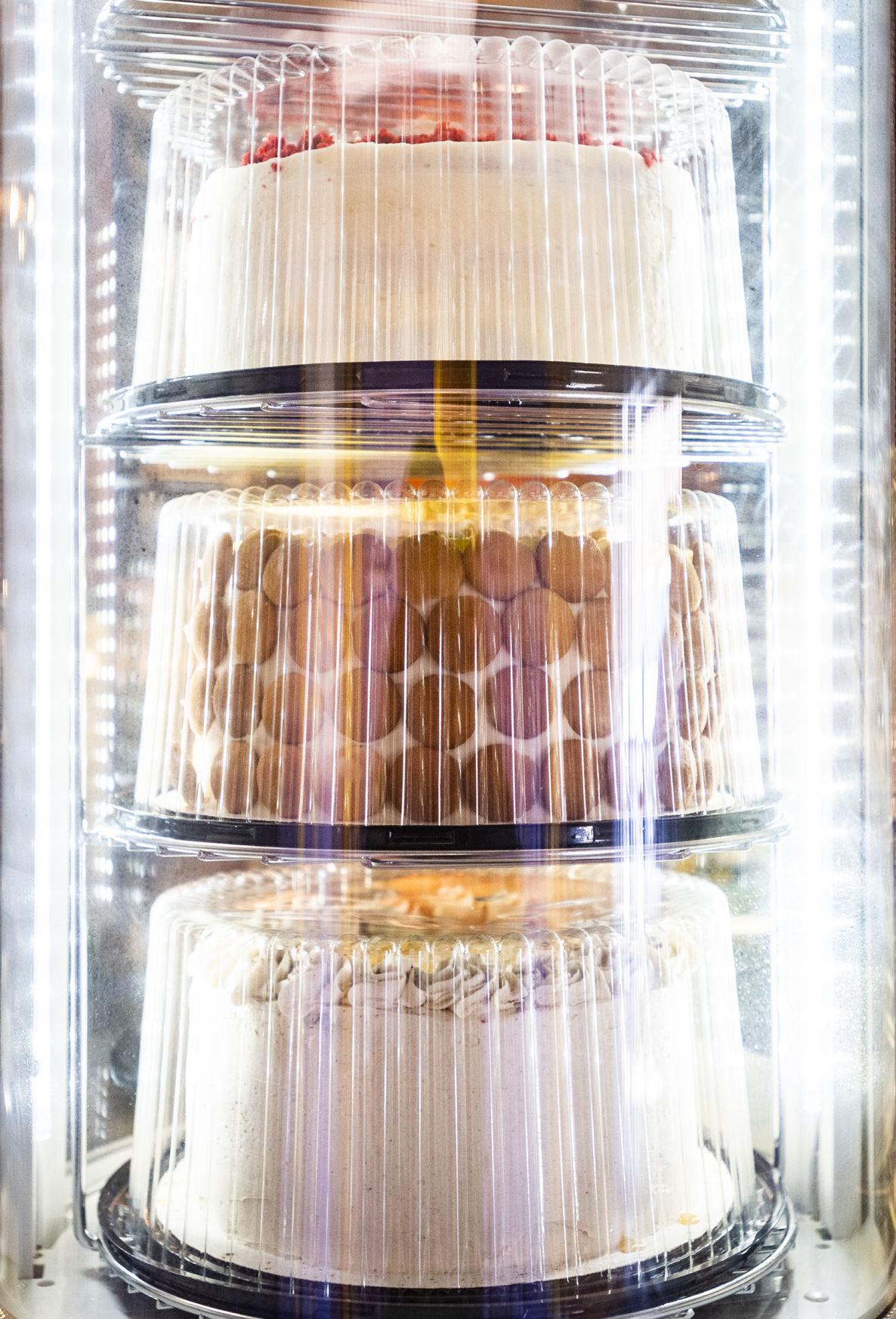 A cake rack at The Sweet Truth Bakery & Catering 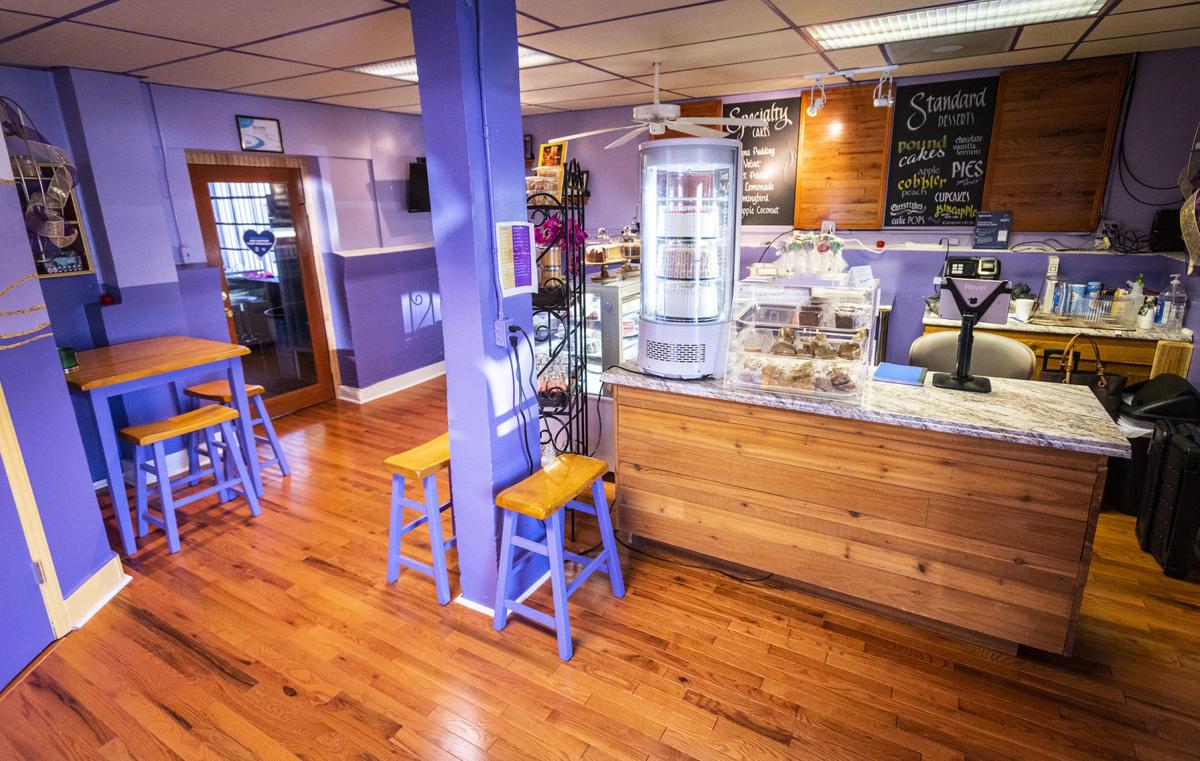 Inside The Sweet Truth Bakery & Catering

Faith McKnight is spreading her “sweet truth” around town, one customer at a time.

McKnight is the owner and baker behind Sweet Truth Bakery & Catering at 2723 Farmall St., between 27th and 28th streets.

“My slogan is ‘indulge your sweet tooth at The Sweet Truth,’” McKnight said. “When you eat my baking, it’s the truth.”

McKnight started her business in 2018, selling cakes and other sweets to such places as Irie Rhythms and Colony Urban Farm. After those two outlets closed, she finally opened a retail store last fall. “I was getting a lot of pre-orders online, but I wanted to have a place where people could just come in and get something,” she said.

“Cakes are my main thing,” she said, “but I like to do other things, too.” She sells such standard cakes as pound cakes and chocolate and lemon layer cakes for $3.49 a slice or $25 to $35 a cake.

Her specialty cakes include Hummingbird, red velvet, banana pudding and sweet-potato cakes. They sell for $4.49 a slice or $42 for a whole cake.

The other day, McKnight also had brownies, cake pops, brown sugar fudge and chocolate chip cookies on hand. She described the brown sugar fudge as similar to what people call Christmas fudge. “I had never made it before until last year, when a woman asked me if I would make it for her,” McKnight said. She’s been making it ever since.

McKnight also makes her own specialty drinks. They include blackberry tea, strawberry lemonade and Caribbean sorrel. The latter contains hibiscus tea, ginger, sorrel, cinnamon, orange and lime and more. “People like to use that one in mixed drinks,” she said.

McKnight, 58, is originally from Mount Vernon, N.Y., but she lived in her father’s hometown or Thomasville during her teenage years before returning to New York after high-school graduation. She settled back in this area in 2005.

McKnight has been cooking professionally most of her adult life — but until now she always has worked for other people.

She got into professional baking while in the Army in the 1980s. “The reason I started baking is because I was sexually assaulted,” she said.

She was working as a cook in an Army kitchen when she was assaulted, she said. She did report it, she said, and the soldier involved was demoted — but then he was assigned back to the same kitchen where she worked. When she balked at that, she was offered a job as a night baker — where she wouldn’t be around her assaulter — and she took it.

She said that a negative turned into a positive, in that she learned how to bake and enjoyed it so much. “Baking became a way for me to cope with all the things that were happening to me,” she said. “Even now, I like to be alone when I’m baking, just me and my music.”

She got out of the Army after two years, but she kept cooking. She has cooked in Marriott hotels, at High Point Regional Hospital, and N.C. A&T University. In 2005, she was the baking supervisor with Aramark at Wake Forest University.

Her opportunity to start her own business came in 2017 when she participated in the Forsyth Tech Community College Launch Challenge, a program designed to encourage entrepreneurs. It wasn’t the best time for her, as her husband was terminally sick with cancer. In fact, he passed away in July 2017, when McKnight was still in the middle of the Launch Challenge.

She persevered, though, and eventually took second place in the challenge. That came with a grant of $15,000, which went to outfitting her kitchen and launching The Sweet Truth.

McKnight bakes at her home, which is inspected by the N.C. Department of Agriculture and Consumer Sciences, and uses the space on Farmall Street for sales. She also does catering and other cooking in the shared-use kitchen of the Enterprise Kitchen. “I also cater pop-up lunches at the Enterprise Center.”

She opened the retail bakery at the end of September, and she is hopeful that business will continue to increase as customers discover her.

“I’ve been doing this a long time,” she said. “I just love cooking.”

For years, cheesecake lovers from Winston-Salem have come back from visits to Greensboro raving about Alex Amoroso’s cheesecakes. Now, they do…

Faith McKnight is the owner and baker at The Sweet Truth Bakery at 2723 Farmall St. in Winston-Salem.

A cake rack at The Sweet Truth Bakery & Catering

Inside The Sweet Truth Bakery & Catering