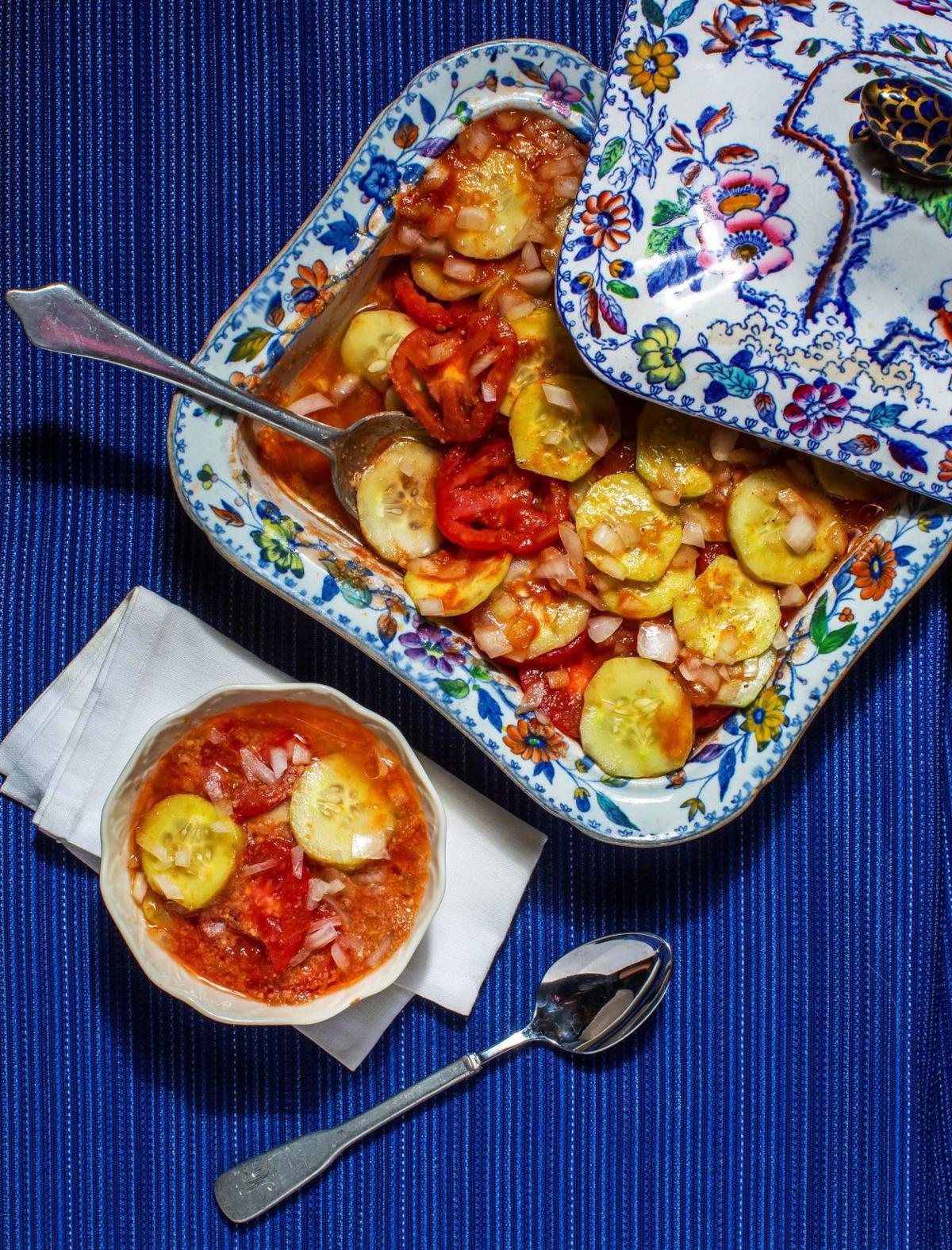 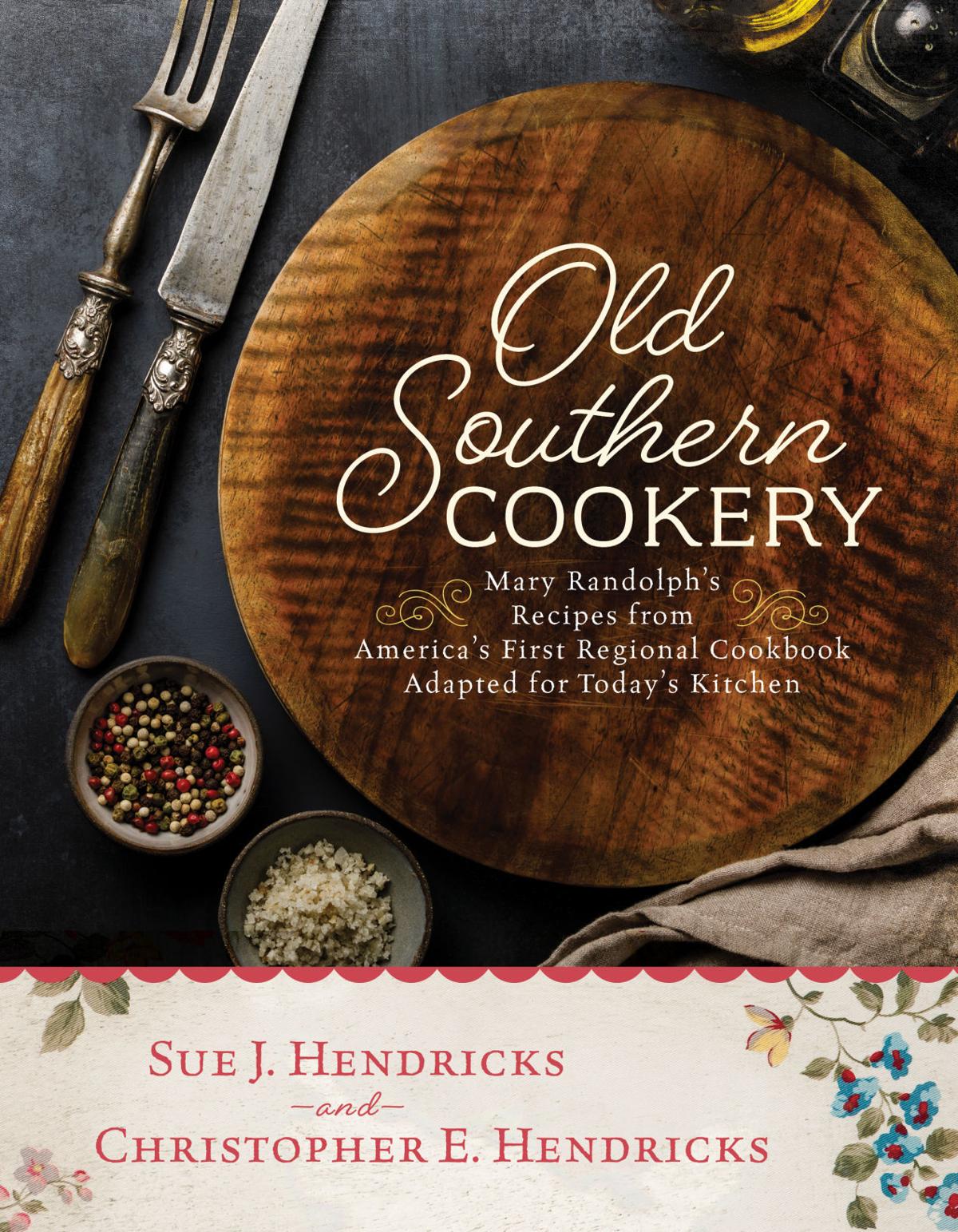 "Old Southern Cookery" features about 100 recipes that have been updated from Mary Randolph's "The Virginia Housewife," which was first published in 1824. 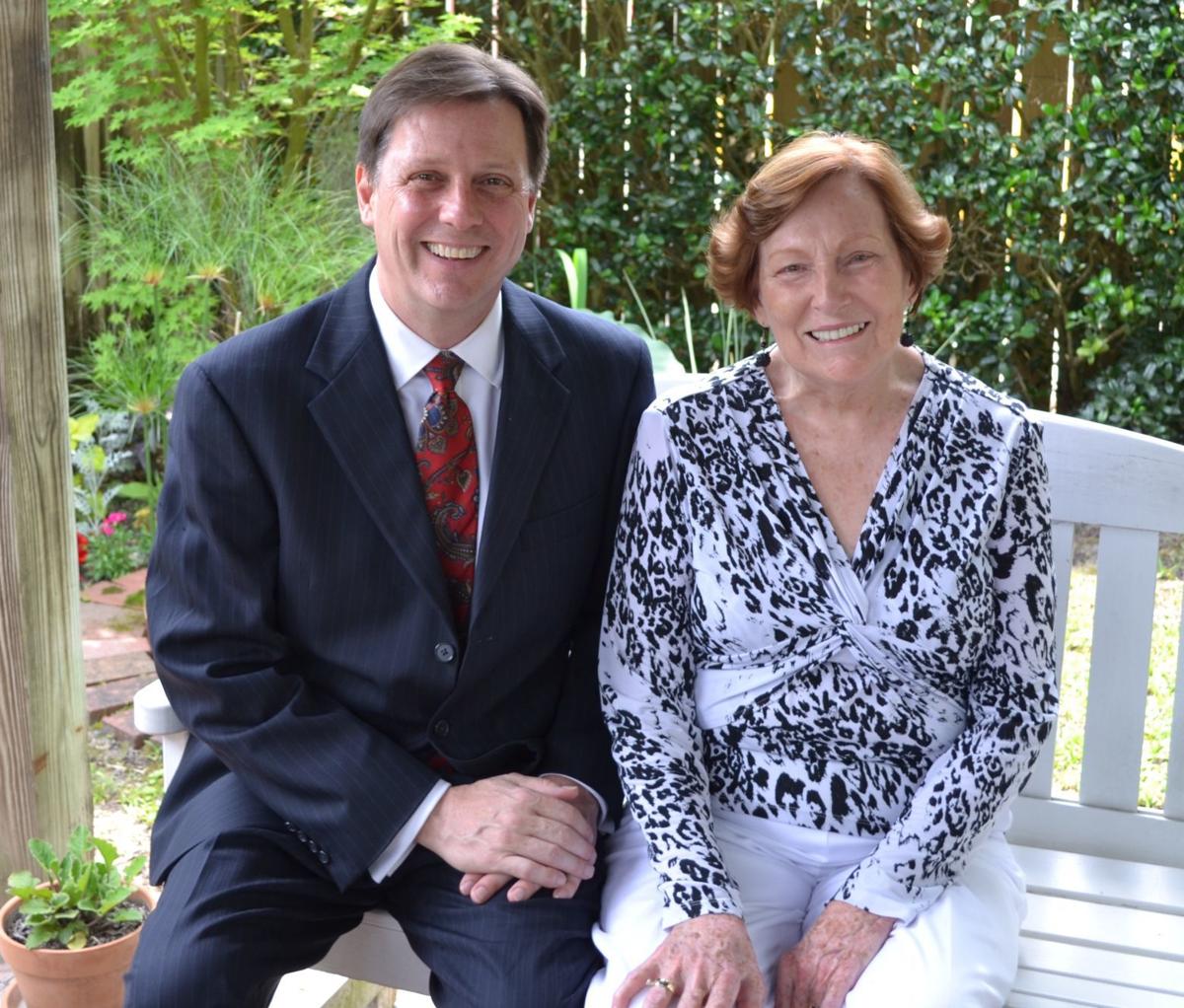 A mother and son have published a book that translates about 100 19th-century recipes for the modern kitchen.

Sue J. Hendricks and Christopher E. Hendricks are the authors of “Old Southern Cookery: Mary Randolph’s Recipes From America’s First Regional Cookbook Adapted for Today’s Kitchen” ($26.95, Globe Pequot), which was published in May.

Sue Hendricks is retired from the marketing department of the Winston-Salem Journal, where for years she edited the K-12 special publication. Chris Hendricks, who grew up in Winston-Salem, is a professor of history at the Armstrong campus of Georgia Southern University in Savannah, Ga.

The recipes in “Old Southern Cookery” aren’t just any 19th-century recipes. Randolph’s “The Virginia Housewife,” first published in 1824, was a best-selling cookbook of its time and is still revered by historians, because it’s considered one of the first cookbooks written by an American for Americans.

Born on a Virginia plantation and cousin to Thomas Jefferson, Randolph was what many would consider an early American aristocrat. She also was a distant relation to George Washington, who appointed her husband, David Randolph, U.S. marshal of Virginia in 1795. David Randolph lost that job a few years later when Jefferson took office, because he was a critic of Jefferson’s politics.

The Randolphs then fell on hard times, prompting Mary Randolph to open a boarding house and later to write a cookbook. The book, published four years before her death, is considered highly influential for its portrait of Southern cooking before the Civil War, and is a frequent source for museum curators and historians.

Randolph’s focus in the book is how to run a household, written from the perspective of her upper-class upbringing.

The book’s nearly 500 recipes constitute an eclectic collection, though for the most part they reveal Randolph offering European, African and Native American dishes that incorporate ingredients available in that time in Virginia.

The book includes such Southern classics as biscuits and fried chicken as well as Spanish gazpacho, Italian macaroni, Indian curries and other dishes — early evidence of how America’s melting pot influenced its cooking.

The Hendricks’ project began many years ago when Sue Hendricks’ late husband, J. Edwin Hendricks, a history professor at Wake Forest University, gave Sue Hendricks a copy of the book. “Whenever Ed went on a research trip, he would bring me back a trinket of some sort,” Sue Hendricks said. “Usually, it was jewelry. But one year when he came back from Philadelphia, he brought me this cookbook.”

She soon found herself cooking her way through it, adapting recipes as she went.

“Mother just really enjoyed converting these recipes and trying them out,” Chris Hendricks said. He has fond memories of eat one of Randolph’s cabbage recipes many times as a child. “It was cabbage a la crème — creamed cabbage — and Mother developed a way to do this on the grill. Daddy would grill some kind of meat and she would put these foil packages of cabbage a la crème on the grill.”

He also vividly remembers when his mother made Randolph’s trifle for Christmas one year. “As a kid, I was fascinated by the layers — it was such a colorful thing.”

In 2013, Sue and Ed Hendricks moved out of their home and into Salemtowne retirement community. That was when Chris Hendricks discovered the forgotten collection of recipes while clearing out his parents’ attic.

First, he assembled the reworked recipes — 310 of about 500 in Randolph’s original book — and gave them to his mother for a surprise Christmas present.

Later, during a conversation with Jamie Credle of the Davenport House Museum in Savannah, Hendricks learned what an important tool Randolph’s book was to those in the museum world, and that’s when the idea to publish the translated recipes began to take shape.

Chris Hendricks did some research on Randolph and “The Virginia Housewife” so he could write an introduction for the book and headnotes for the recipes. He also had to pare down the number of recipes. “Old Southern Cookery” includes about 100 of Sue Hendrick’s translated recipes. And every one of the Hendrickses’ updated recipes is printed alongside Randolph’s originals.

The Hendricks’ also updated such poultry recipes as chicken fricassee and duck with mushrooms in orange sauce.

Randolph’s book has received considerable praise for her attention to vegetables — recipes call for 40 different vegetables throughout the book. The Hendrickses chose to include such ones as potato balls, scalloped tomatoes, gazpacho and mushroom catsup. That gazpacho, interestingly, is not the cold soup most people know today, but more of a layered cucumber and tomato salad.

Among the desserts in the book are apple custard, sweet potato pie, sugar ginger cakes, trifle and lemon pudding.

Proceeds from the book are going to the Historic Savannah Foundation, which operates the Davenport House Museum and works to preserve endangered historic buildings.

Sue Hendricks said that her husband would be happy to see her recipes in book form. “When he handed the book to me (in the 1970s), he said you need to translate these recipes for today’s world. And he was always saying I should get them printed. So it’s all Ed’s fault,” she said with a laugh.

Recipe as printed in Mary Randolph’s “The Virginia Housewife”

Put some soft biscuit or toasted bread in the bottom of a sallad bowl, put in a layer of sliced tomatos with the skin taken off, and one of sliced cucumbers, sprinkled with pepper, salt, and chopped onion; do this until the bowl is full; stew some tomatos quite soft, strain the juice, mix in some mustard, oil, and water, and pour over it; make it two hours before it is eaten.

Recipe as printed in Mary Randolph's "The Virginia Housewife"

2. Whisk together the tomato juice, vinegar, oil, and mustard. Pour over the gazpacho, cover, and refrigerate for 2 hours before serving.

"Old Southern Cookery" features about 100 recipes that have been updated from Mary Randolph's "The Virginia Housewife," which was first published in 1824.