Bubble tea shop opens in Whitaker Square. Here's what to expect from the Asian fusion menu.
0 Comments
Share this
{{featured_button_text}}
1 of 14 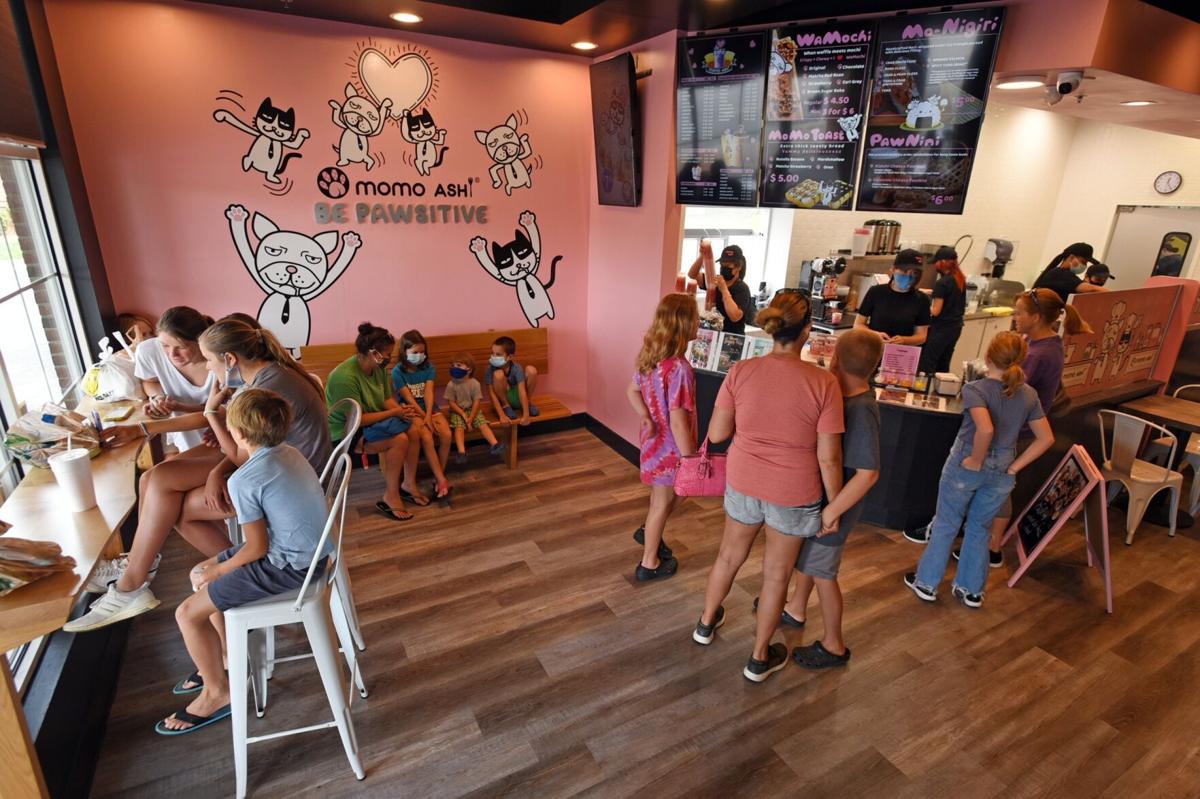 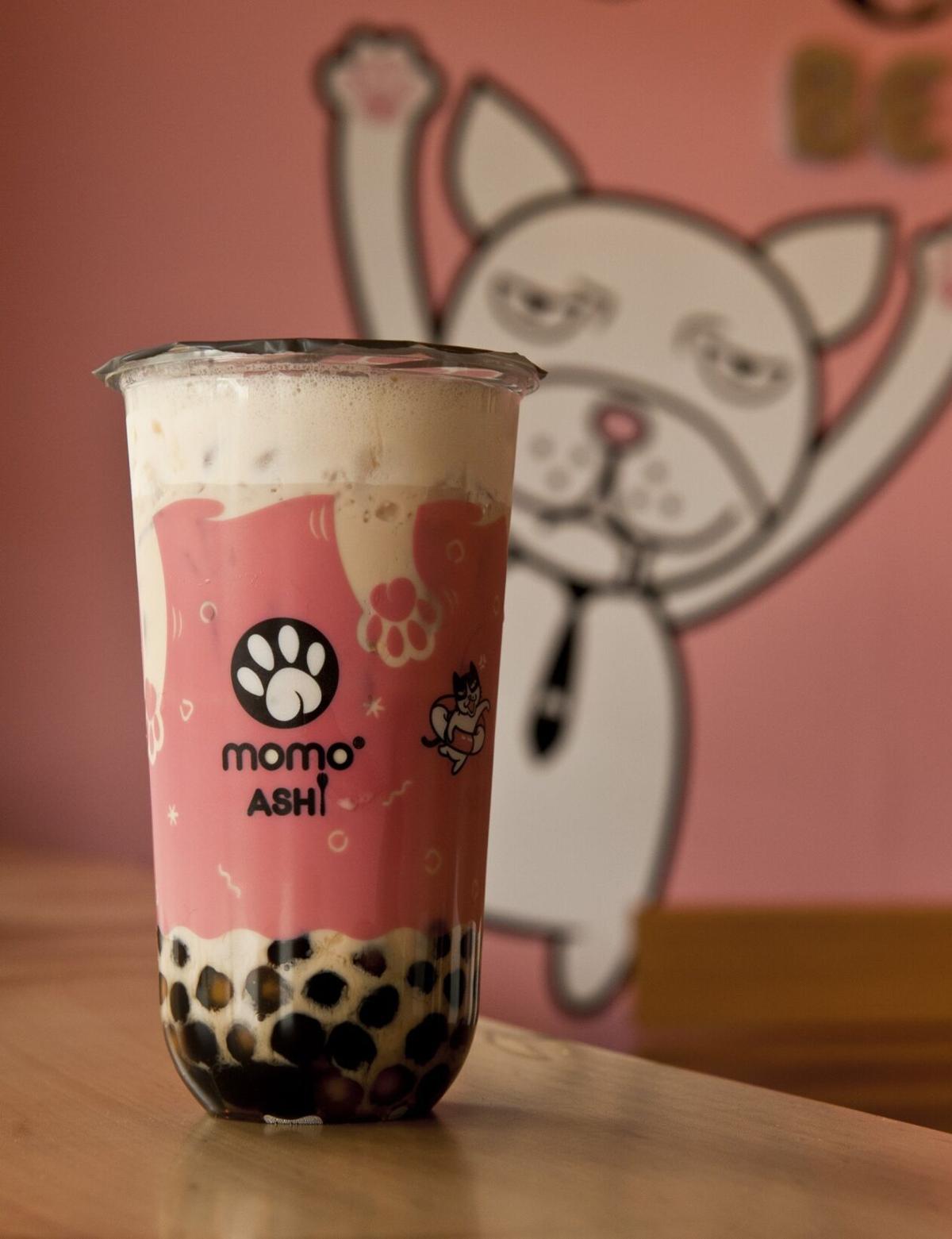 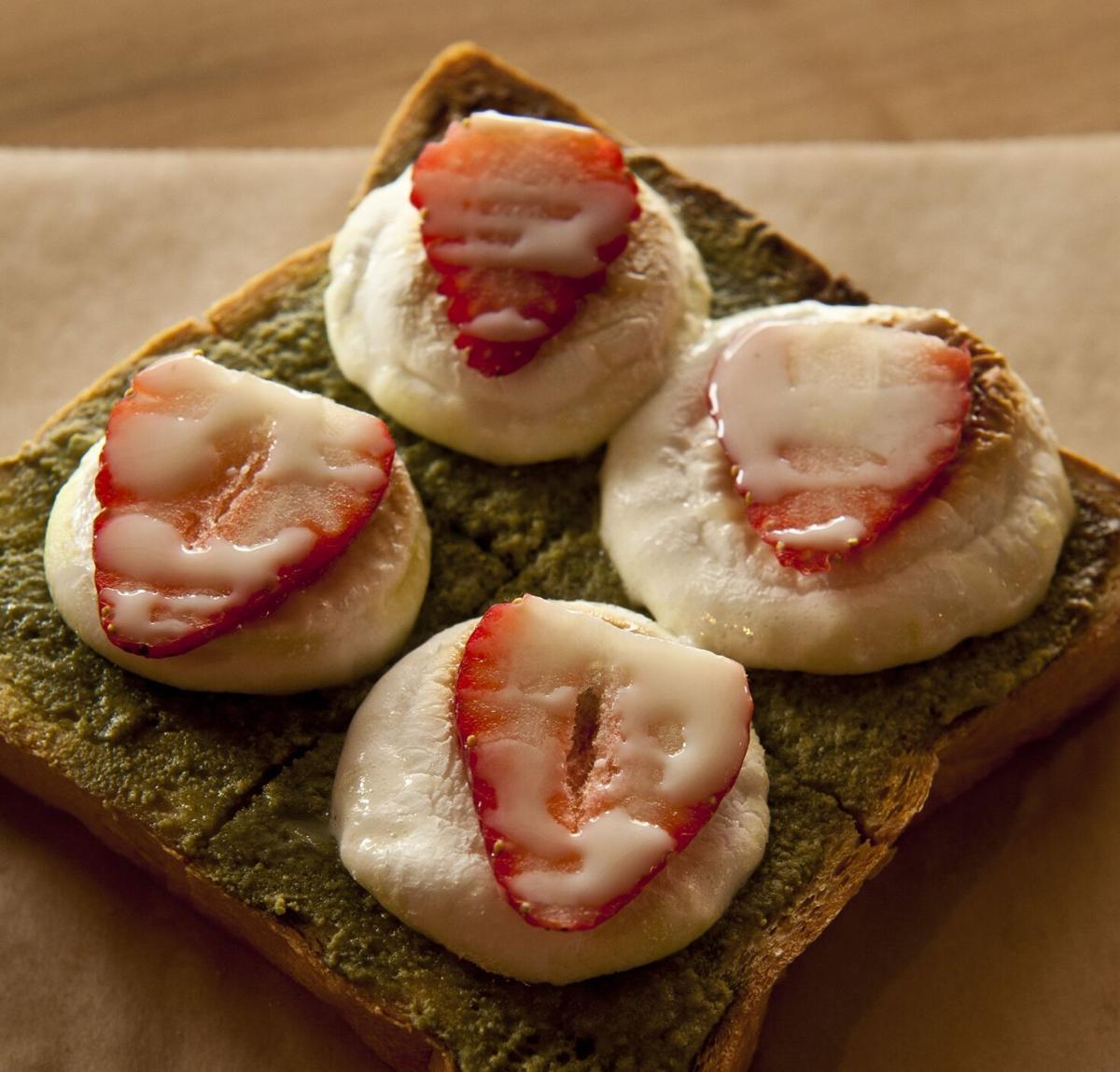 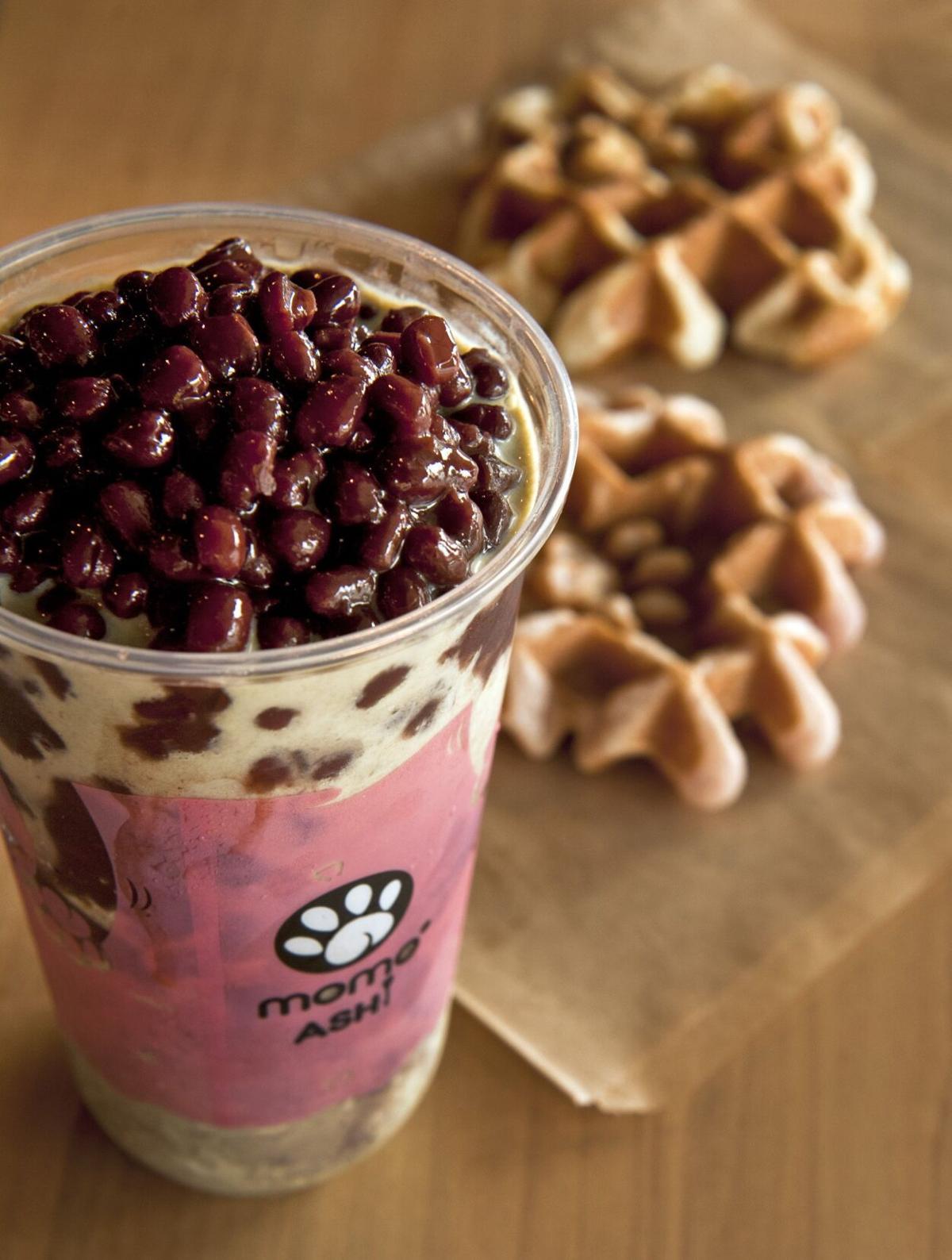 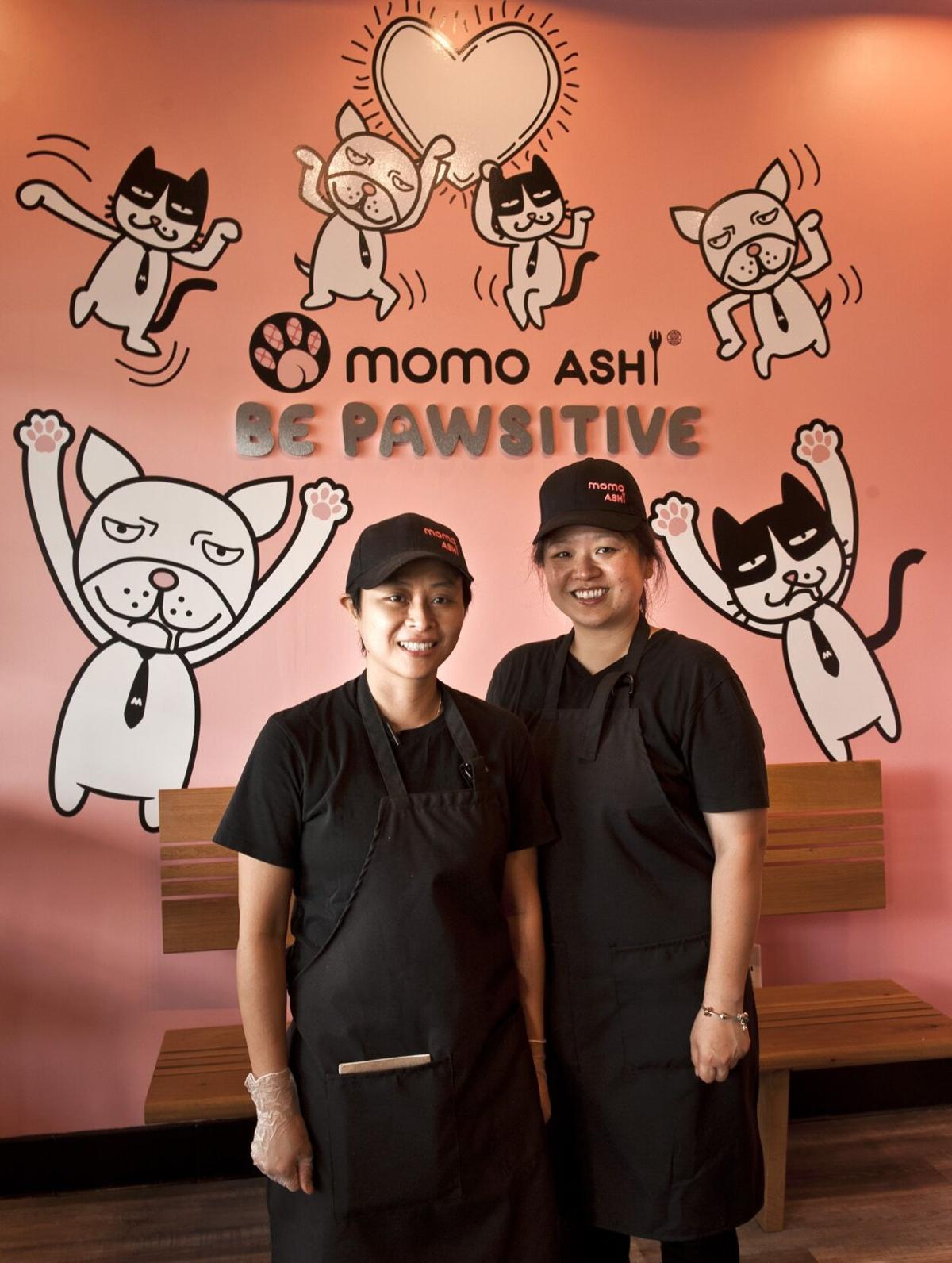 Lila Luttrell, left and Miki Ho of Momo Ashi. Luttrell is Momo’s chef, and Ho runs the front of the house. 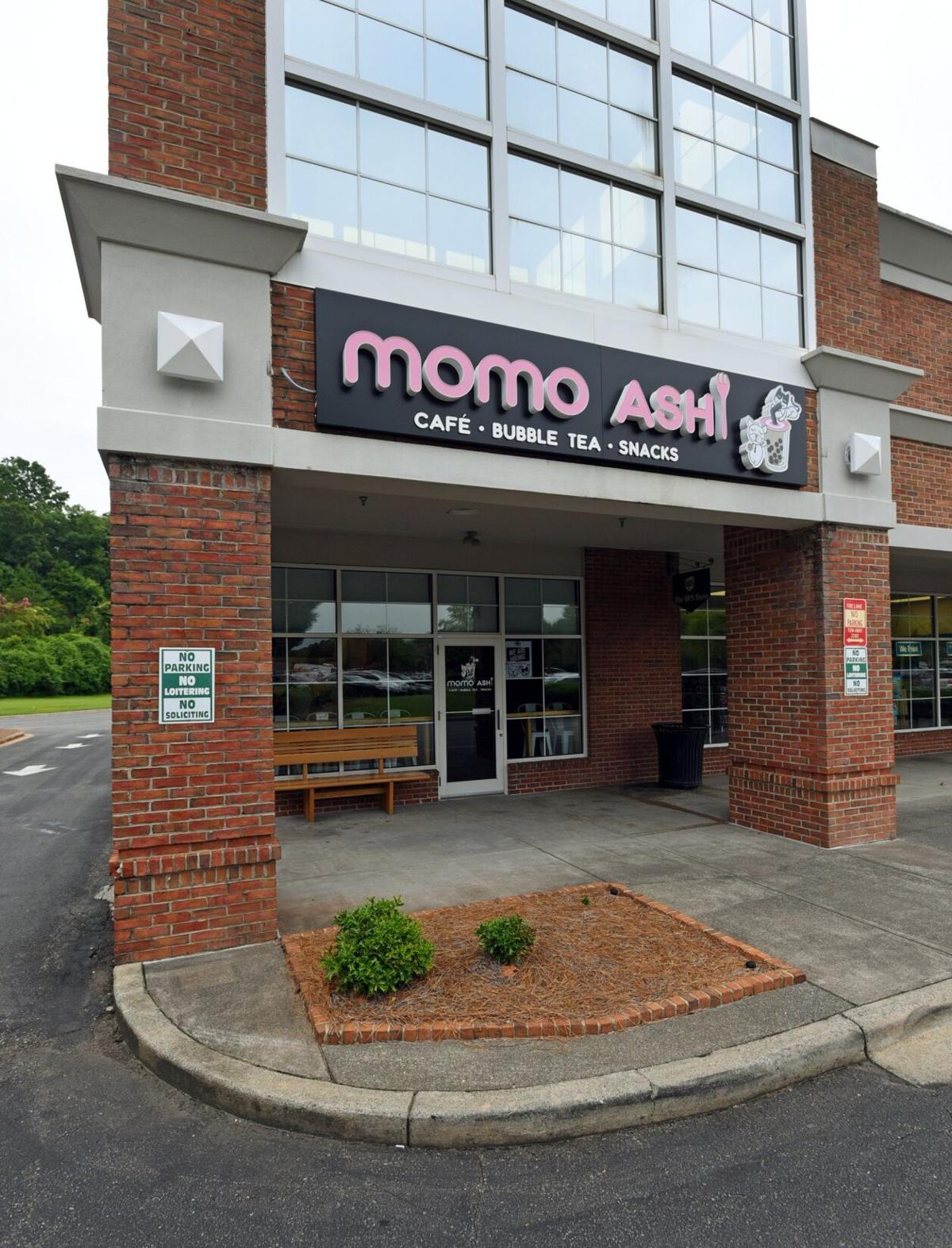 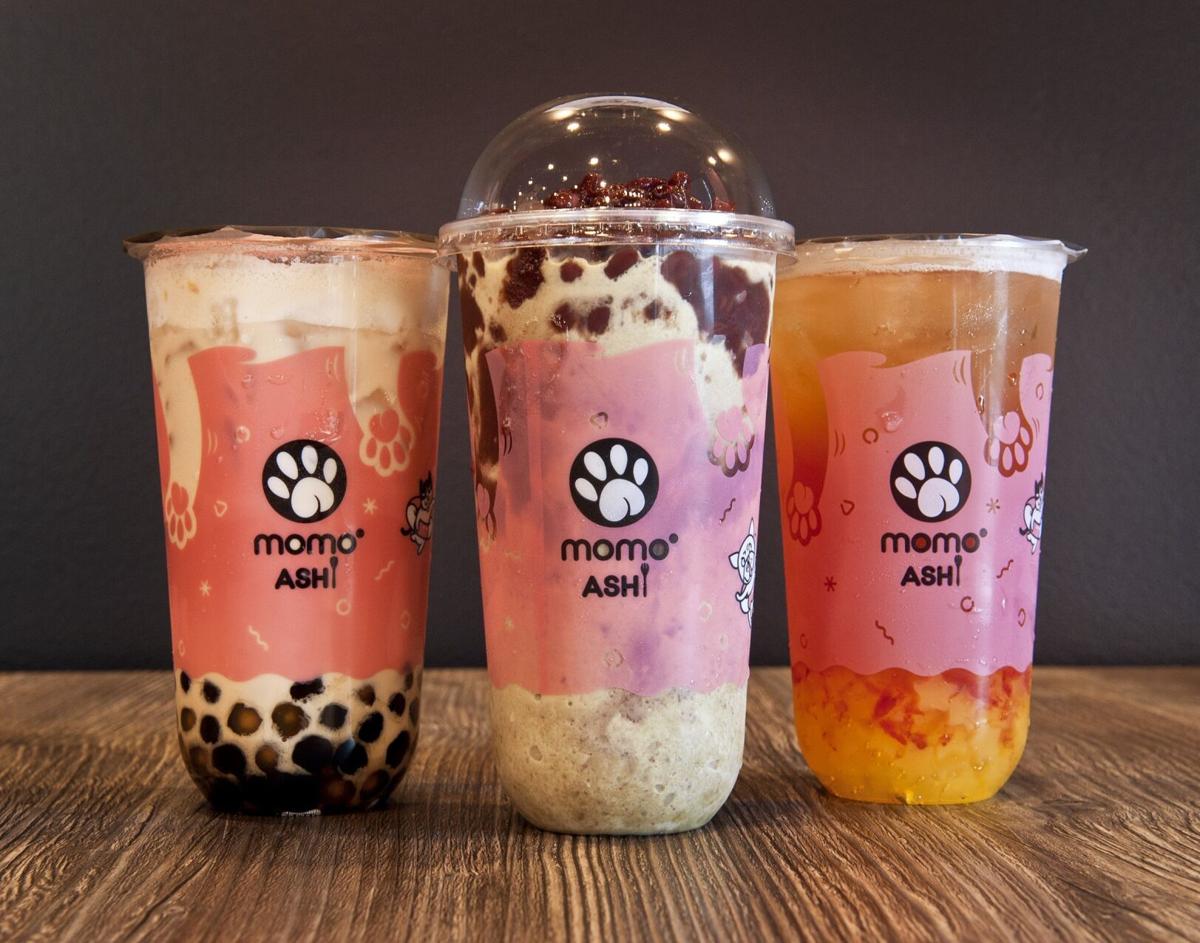 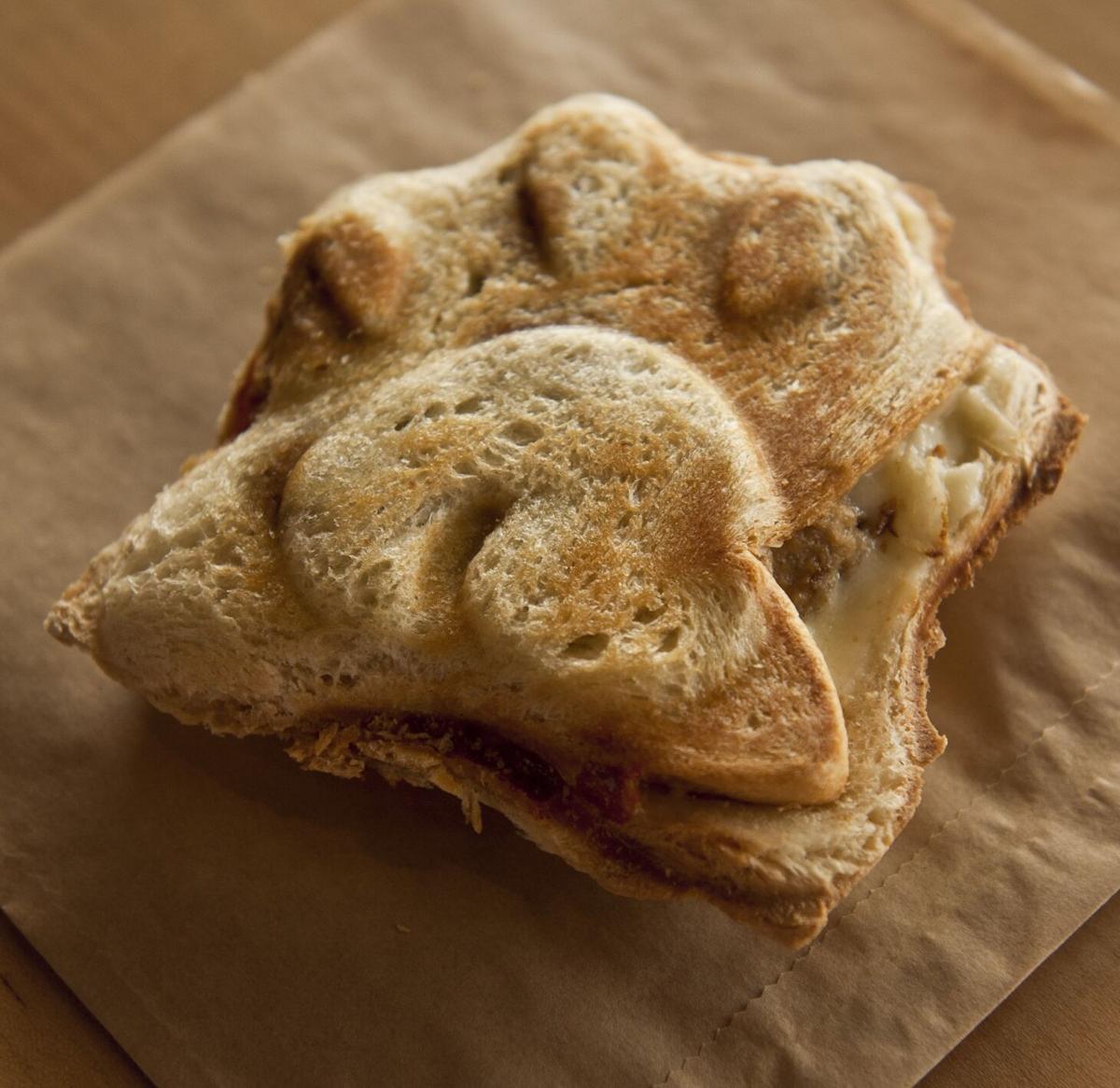 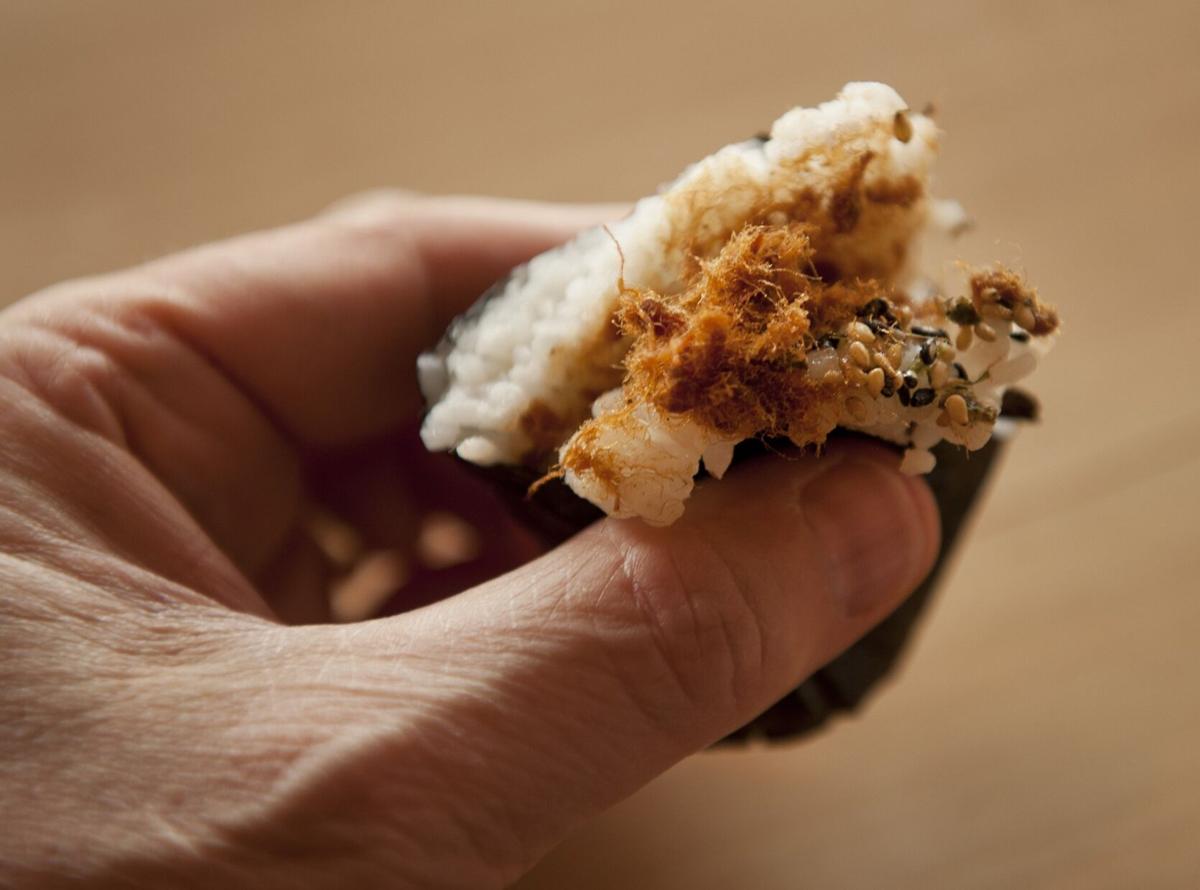 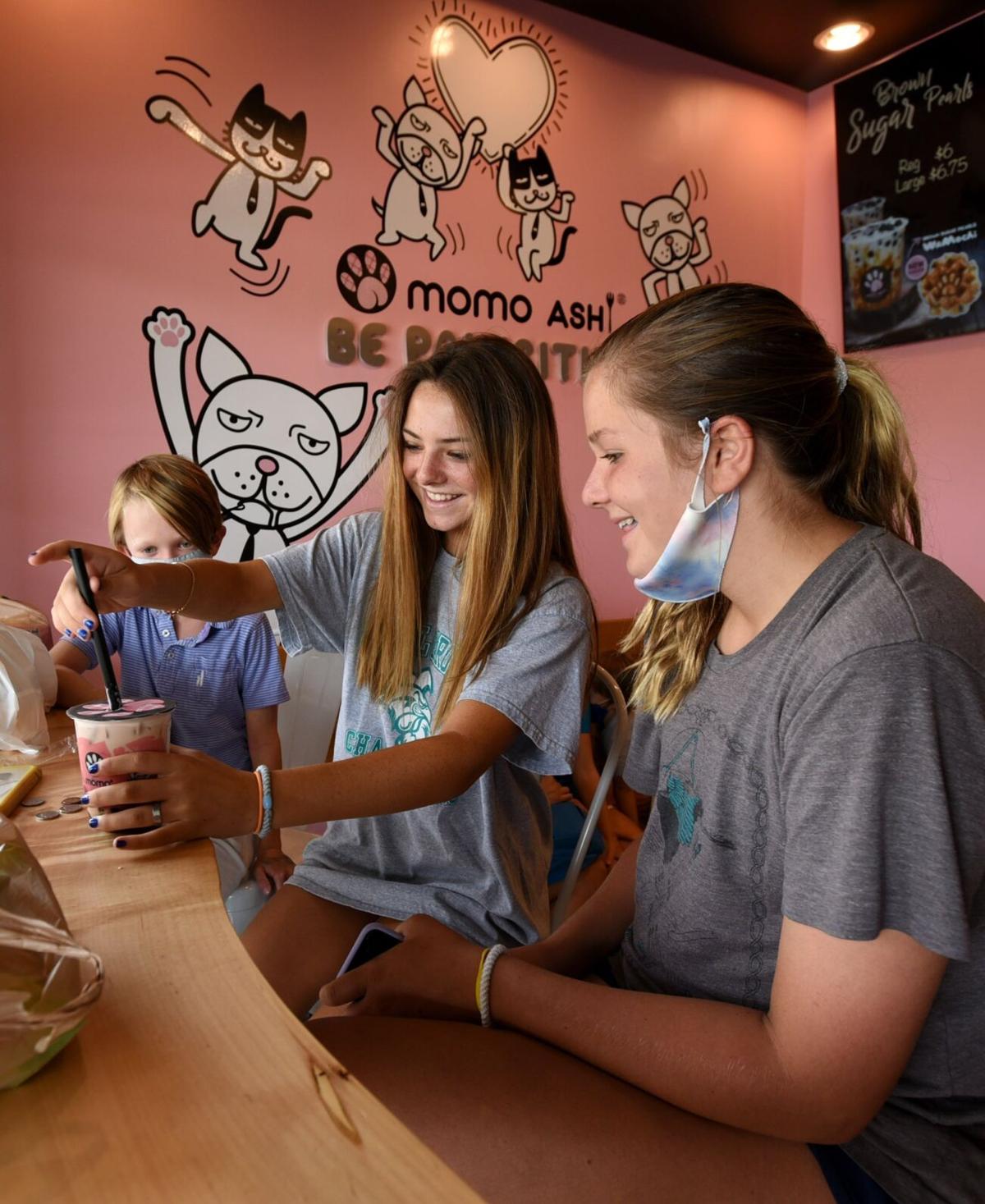 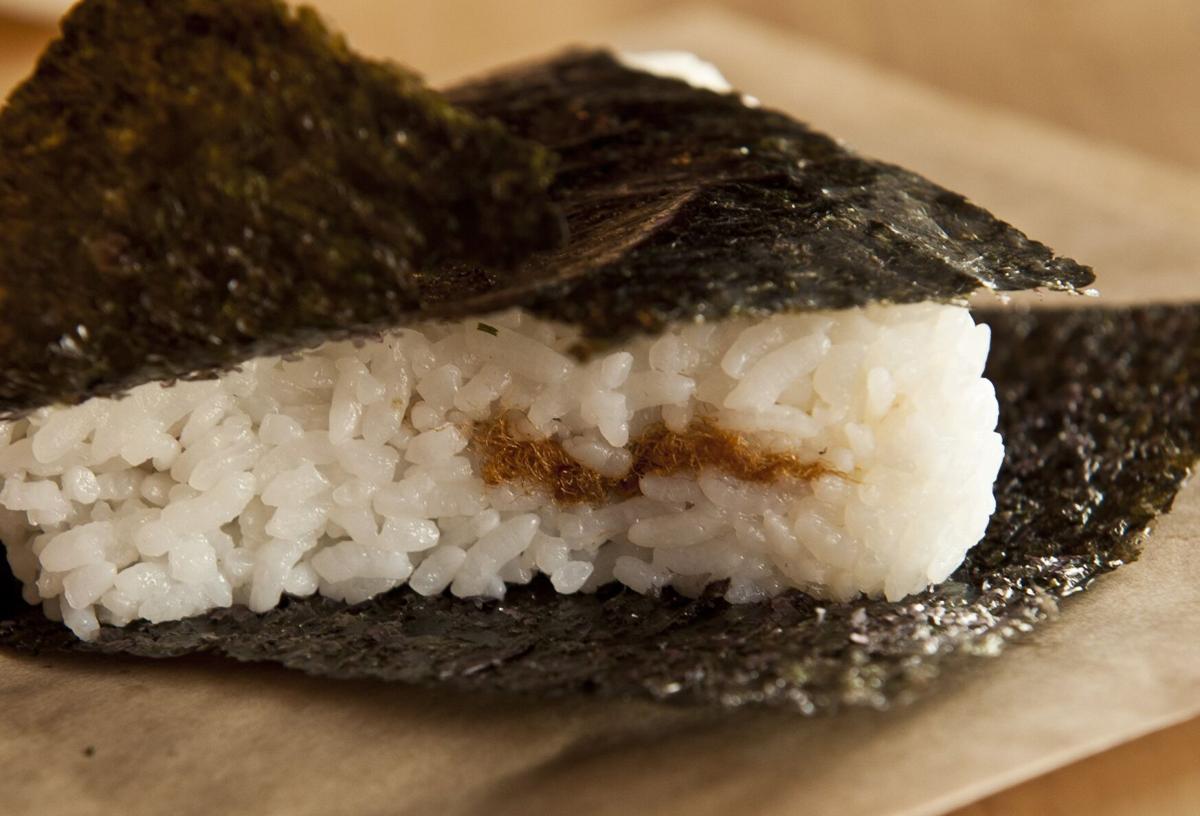 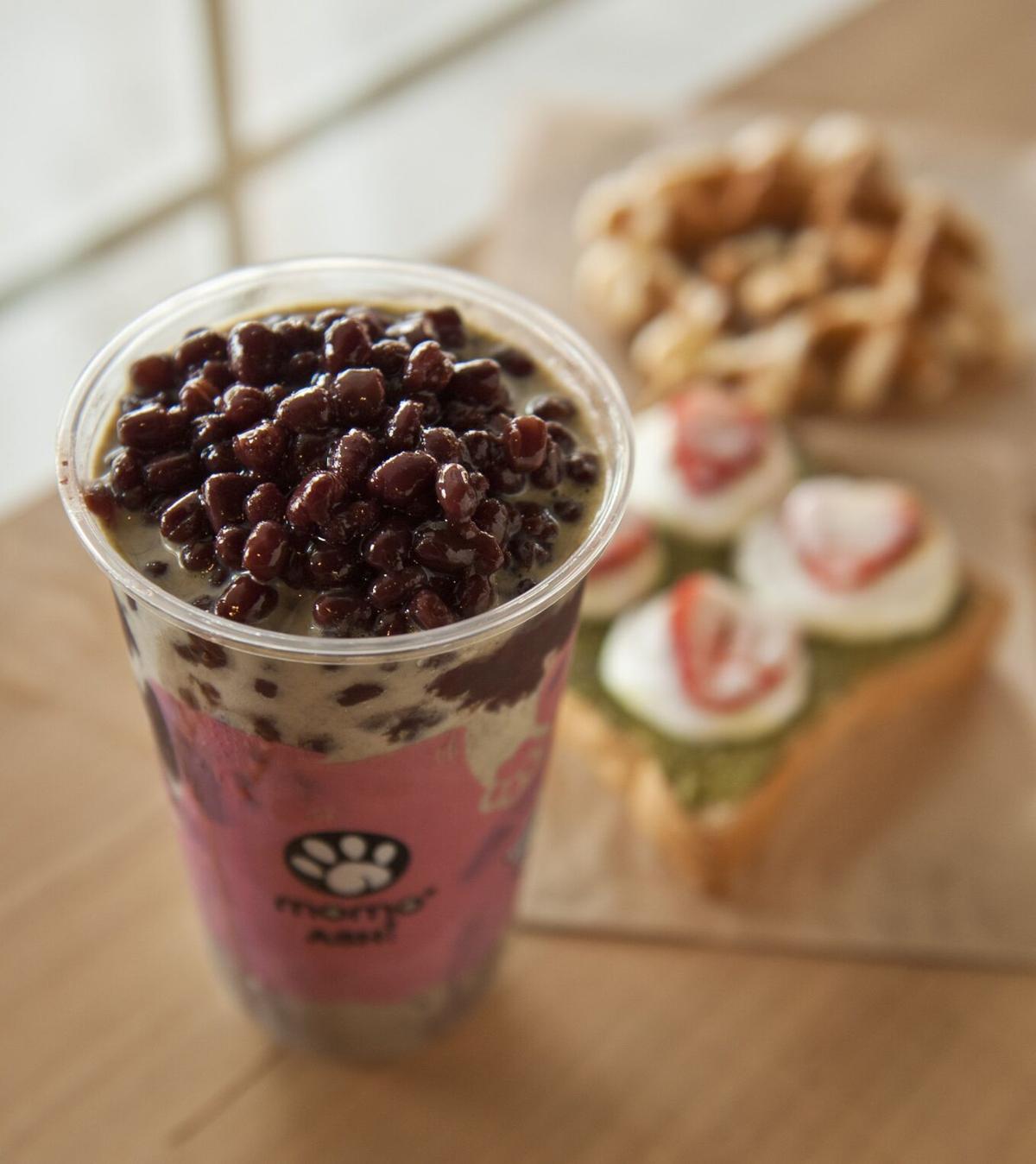 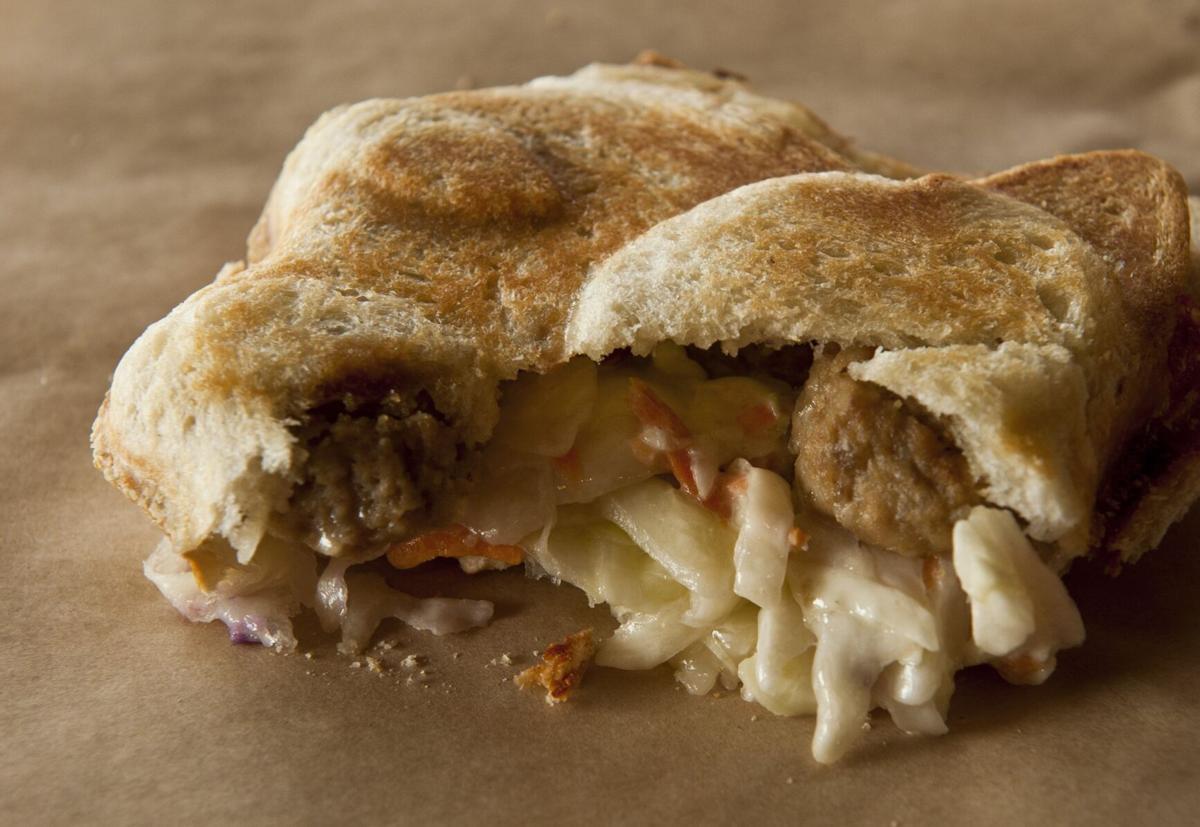 A bubble tea shop has opened at 1961 N. Peacehaven Road in the Whitaker Square shopping center.

Momo Ashi serves a variety of Asian cold drinks and sweet and savory snacks. The name translates as “peach paw,” and the logo features illustrations of Momo the cat and Ashi the dog.

Momo Ashi had its soft opening Aug. 1 and was already drawing crowds before its grand opening Aug. 8 — a day the owners chose because eight is a lucky number in Asian cultures, Ho said.

Ho, who is from Hong Kong, and Luttrell, who is from Indonesia, are longtime friends and veteran employees of Japanese restaurants. For the past seven years, they have worked together at Mizu Japanese Restaurant, which is on Robinhood Road, less than a half-mile away from Momo Ashi.

Luttrell is Momo’s chef, and Ho runs the front of the house.

Momo Ashi Tea & Snack Bar originated in Flushing in Queens, N.Y., in 2016, and is now located in nearby Bayside. Ho said that Momo Ashi’s founder, Fiona Cheng, a native of Taiwan, is a good friend of her sister’s. After seeing the Momo Ashi concept in New York, Ho and Luttrell approached Cheng about reproducing it here. “She has a passion for boba tea. We thought it might be OK because this is far away from the other location,” Luttrell said. “So we explained to her about the location and everything, and she’s trusting us with her baby.”

Ho and Luttrell said they have an agreement with Cheng to use the name, logo and concept — including the pink decor and signature cat and dog illustrations. “We went to her New York store for training, and we order our equipment and materials from her,” Ho said.

Bubble tea goes by many names — including bobo tea, bobo juice, boba tea and pearl milk tea — and comes in many forms. But it essentially is chilled, sweetened milk tea with black tapioca pearls (or balls) in it. Fruit or fruit juice is a popular addition.

Bubble tea’s origin is somewhat fuzzy, but most people agree that it originated in Taiwan in the 1980s. One story is that the owner of a teahouse imitated the Japanese way of making iced coffee with tea, and then stirred a sweetened pudding with tapioca balls into the iced tea.

Whatever its origin, bubble tea quickly spread throughout Asia, and in recent years has become trendy in the United States.

The Whitaker Square restaurant has counter service. All the food is sold packaged for takeout, though the store does have seating for 25 or more people. Momo Ashi even has a machine to put a tightly sealed lid on its drinks.

The milk tea ($4.50 to $5.50) is used for the classic boba tea with black tapioca pearls. Some of the milk-tea flavors include taro, jasmine, coffee, mango, lychee and banana.

Momo Ashi also has a signature brown-sugar pearl boba. “This is very famous in Taiwan. The boba is made with brown sugar inside and then cooked with brown-sugar syrup,” said manager Cora Layher. “It has this toasted brown-sugar flavor.”

Flavored green tea ($4.50 to $5.50) comes in some of the same flavors as the milk tea but also is available in strawberry, honey and passion fruit.

Yakult ($5.25 to $6) consists of a Japanese probiotic dairy beverage (similar to a liquid yogurt) mixed with mango, strawberry or green tea.

A slush ($4.75 to $6) is similar an American slushee: ice blended with such fruit flavorings as mango, honeydew or strawberry, or taro or matcha red beans.

The café also offers a variety of snacks. “This isn’t really lunch or dinner. It’s something for when you’re not too hungry, but want something to eat,” Ho said.

The WaMochi is a combination of waffle and the mochi rice cake from Japan. Basically, a waffle batter is made with mochi rice flour then combined with flavorings and cooked in a waffle iron. The result is crispy on the outside and a bit chewy inside. Momo Ashi cooks this snack in the same paw shape that appears as its logo. It comes in original (plain), chocolate, matcha red bean, strawberry, Earl Grey and brown sugar boba. A regular — about the size of a regular waffle — sells for $5; three minis sell for $7.

Momo toast ($6) consists of a thick slice of toast with a sweet spread and other toppings and drizzled with chocolate and coconut syrup. Choices are Nutella banana, Oreo, marshmallow and matcha strawberry. “We have a local bakery make the bread specially for us,” Ho said.

“It’s like a cross between French and Italian bread, but with milk in it, which makes it different,” Luttrell said.

Mo-nigiri ($5) is a twist on sushi in which sushi rice is shaped into a large triangle, stuffed with one or more savory fillings and then wrapped in nori, the seaweed used in sushi rolls. It’s like a sushi sandwich, Layher said.

Fillings include smoked salmon, imitation crab, cooked tuna and mayonnaise, or pork “floss.” The latter is dehydrated, sweetened pork — similar to jerky — that has been shredded to resemble floss. “In Taiwan, they eat pork floss for breakfast, with rice, in sandwiches, all kinds of things,” Luttrell said.

The cooked tuna and mayo idea may sound like American tuna salad, but Luttrell said that the combination is popular in Japan. “It’s everywhere in Japan,” she said. “People eat it for breakfast. You can get it in the 7-Eleven.”

Momo Ashi also serves “pawnini,” or its own take on panini sandwiches in the shape of paws. The pawnini ($6) come in two basic types: kimchi cheese and coleslaw cheese — the latter is an exclusive to this store, developed with its Southern customers in mind. People also can choose such fillings as meatballs, beef hot dog, ham and chicken karaage. “Karaage is Japanese fried chicken,” Layher said.

The cheese in the paninis is Provolone. The coleslaw version also can be made with the same tuna and mayo mixture used for the mo-nigiri.

“Everything we have is a kind of Asian fusion food,” Ho said.

Dirty Fries has been open only a week or so, but it’s already been hit with lines out the door and cars down the street.

Every Tuesday in September and October, Dunkin’ is offering teachers in the Winston-Salem area a free medium hot or iced coffee with any purchase.

Lila Luttrell, left and Miki Ho of Momo Ashi. Luttrell is Momo’s chef, and Ho runs the front of the house.