Owner Danielle Bull made the announcement Thursday on Bull’s Facebook page. She thanked the many staffers, customers and friends she has known since opening the bar’s doors on Nov. 12, 2012.

“The service industry is not for the faint of heart…. But you all made the impossible possible night after night,” she said. “It’s bittersweet but I am so glad the last ten years happened. This has been a dream come true…. It has been the joy of my life.”

Like thousands of bars across the country, Bull’s shut down for about six months in 2020 at the height of the pandemic, then reopened with limited capacity and revenue for many months afterward. Bars were allowed to full reopen in May 2021.

Bull’s managed to hang on, at least for a while. The problem, Bull said, is that customers’ habits changed.

“Every once in a while, bars need a reinvention to stay financially viable. I realized about six months into being fully reopened that I wasn’t going to catch the spirit of Bull’s again – for a thousand reasons. I saw the trends, and I processed some new ideas, but I couldn’t find anything that I was personally excited about,” she said.

Bull’s is a small space that offered a lot of live music – nearly 2,500 shows over the course of 10 years. For Bull, it was as much music venue as bar.

“A decade ago, the space worked perfectly for live music. Now people who see live music tend to spread out a little more. And now a lot of people who come to downtown bars are into the higher-end cocktails,” she said. “I only wanted to sell alcohol for the music.”

Bull is especially proud of supporting local bands, new and established. Doug Davis, a local musician who organizes a lot of special shows and projects, said he was particularly grateful for Bull’s support of charity music events, such as his Friday Night Music Club.

“We worked with a number of venues for those shows, but Danielle ‘got it’ immediately and came on board right away, despite the difficulties of hosting and marketing those kinds of events…. She was always extremely generous with her contributions to the various causes we worked with.”

Nate Tomkinson is a musician in Fruit Smoothie Trio who also was the sound engineer at Bull’s for about six years.

“When Bull’s was hot, it was hot. Friday, Saturday nights we would be at full capacity by 11 o’clock, and we’d have lines down the block,” he said. “Danielle ran a good tight ship. She got in with so many bands, she’d find people who were friends of friends – and she’d give them a stage and let ‘em play.”

During the pandemic, Bull also became an advocate for bar owners. She helped found the N.C. Bar Owners Association during the height of the pandemic. She was among a number of vocal bar owners who objected who what they considered unfair COVID restrictions that kept bars closed while allowing the majority of businesses with alcohol permits – including restaurants, breweries and wineries – to operate. She is one of a handful of plaintiffs in an ongoing lawsuit, filed in 2020, asking a judge to declare that Gov. Roy Cooper’s COVID-19 executive orders related to bars were a violation of the state constitution.

“I don’t plan to be involved with the late-night bar scene downtown, but I still want to be an advocate for the bar industry,” Bull said. “I still want the (association’s) mission to succeed.”

Bull said she is not sad about the closing. It’s just time to move on.

“I made a living a long time doing it. I created jobs. I brought in a lot of music. I did what I set out to do. But I’m just ready to take a different direction,” she said.

She added that the bar holds a lot of personal memories because of her father, Darrell Bull, who died in 2019 after a long illness at age 59.

“He was an awesome carpenter. He built almost everything in that bar,” she said. “He was living his best life in retirement working for me. That’s just another blessing the business gave me.”

She doesn’t have any plans—yet. “I’m going to take some time off. But I have an entrepreneurial spirit, and I’m sure that will continue. I have a lot of ideas.”

She is particularly interested in continuing to support the local music scene.

“It would not shock me if I was home for a week, got a new idea and launched something Oct. 1,” she said with a laugh.

The Bull’s space is getting a new tenant, though Bull declined to comment on that further.

In the meantime, Bull is planning a monthlong celebration of the bar and of local music before the closing Aug. 27.

As Bull ended her Facebook post, “I have so much more to say and I will be sharing memories and more history over the next month.”

Winston-Salem gets a new fine-dining restaurant

Downtown Winston-Salem got a new fine-dining restaurant with the Jan. 31 opening of the Downtown Grille.

The owners of the Hungry Palate are excited to bring a “true bar and grill” to downtown Winston-Salem.

A baker inspired by her late grandmother is drawing fans to Marketplace Mall for her sweet-potato brownies, cream-cheese pound cake squares and more.

Winston-Salem gets a Vietnamese restaurant

One of the last restaurants to open in Winston-Salem in 2022 fills a void that restaurant diners have lamented for years. What Da Pho is a ded…

Two Winston-Salem restaurants were named semifinalists in the 2023 James Beard Awards, which were announced Jan. 25.

Lea Michele opens up about backlash from 'Glee' co-stars 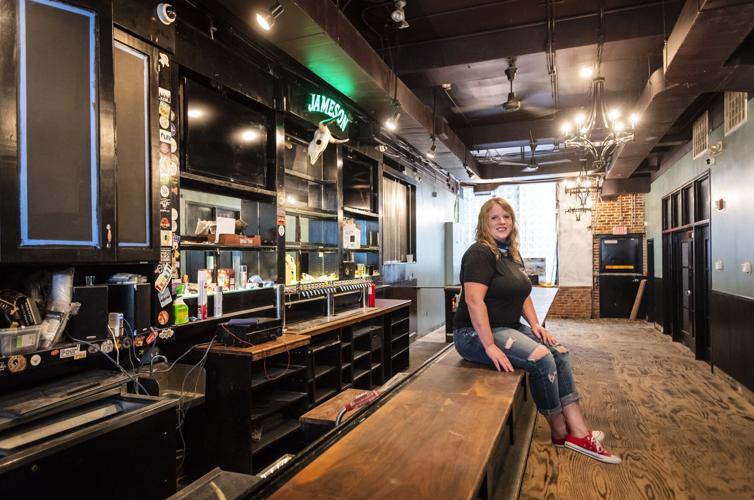 Danielle Bull, the owner of Bull's Tavern, sits on the bar in 2020, shortly after reopening at full capacity. Bull's, a popular downtown bar, will close at the end of August. 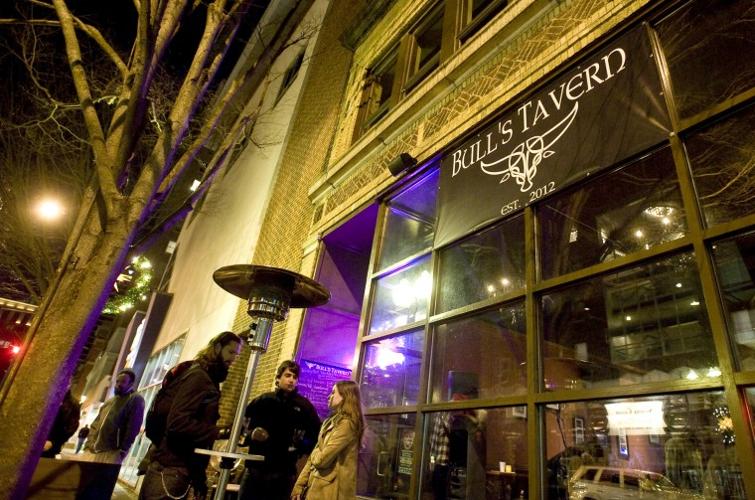 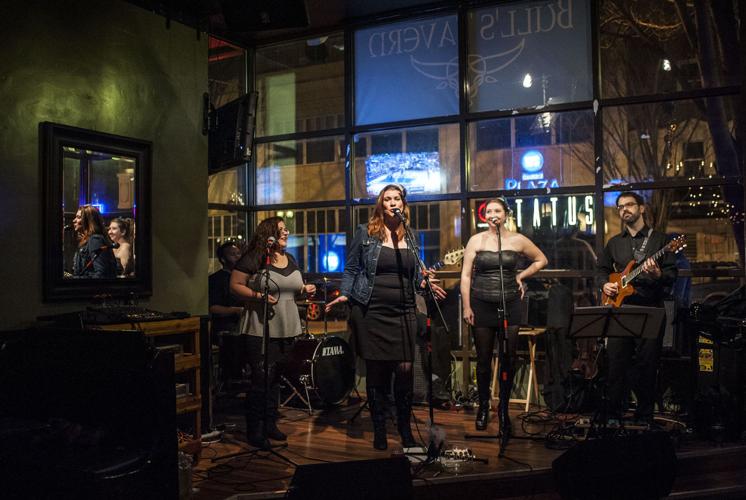 Karon Click and the Hot Licks perform at Bull’s Tavern on Fourth Street. 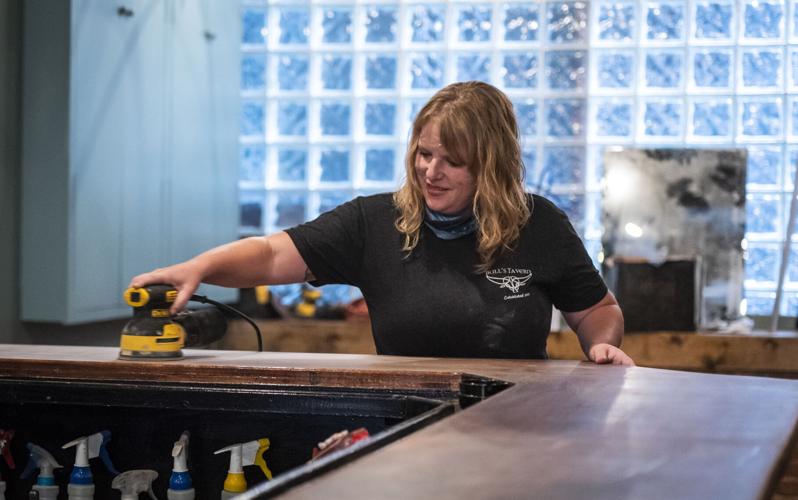 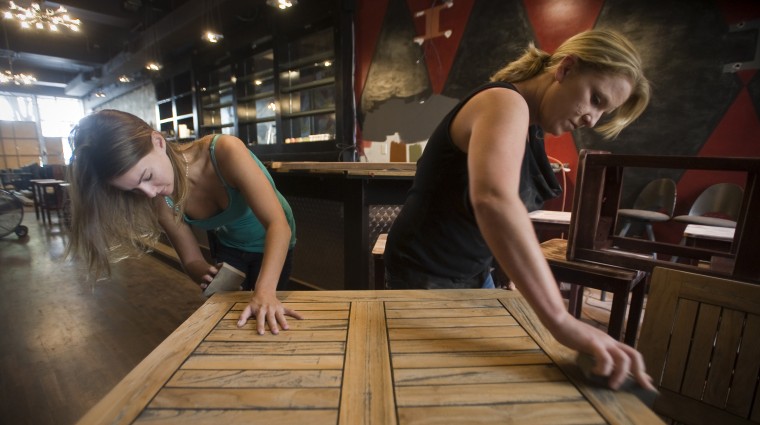 Leslie Miller (left) and Danielle Bull, the owner of the Bull's Tavern, sand down a table shortly before the bar opened in 2012. Bull found her tables, originally from a 1890's Norfolk Southern train, at an equipment warehouse. 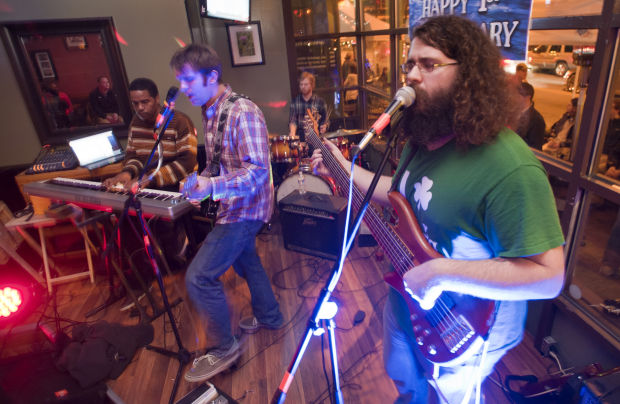 Marvelous Funkshun plays at Bull's Tavern in 2013 at Bulls Tavern.