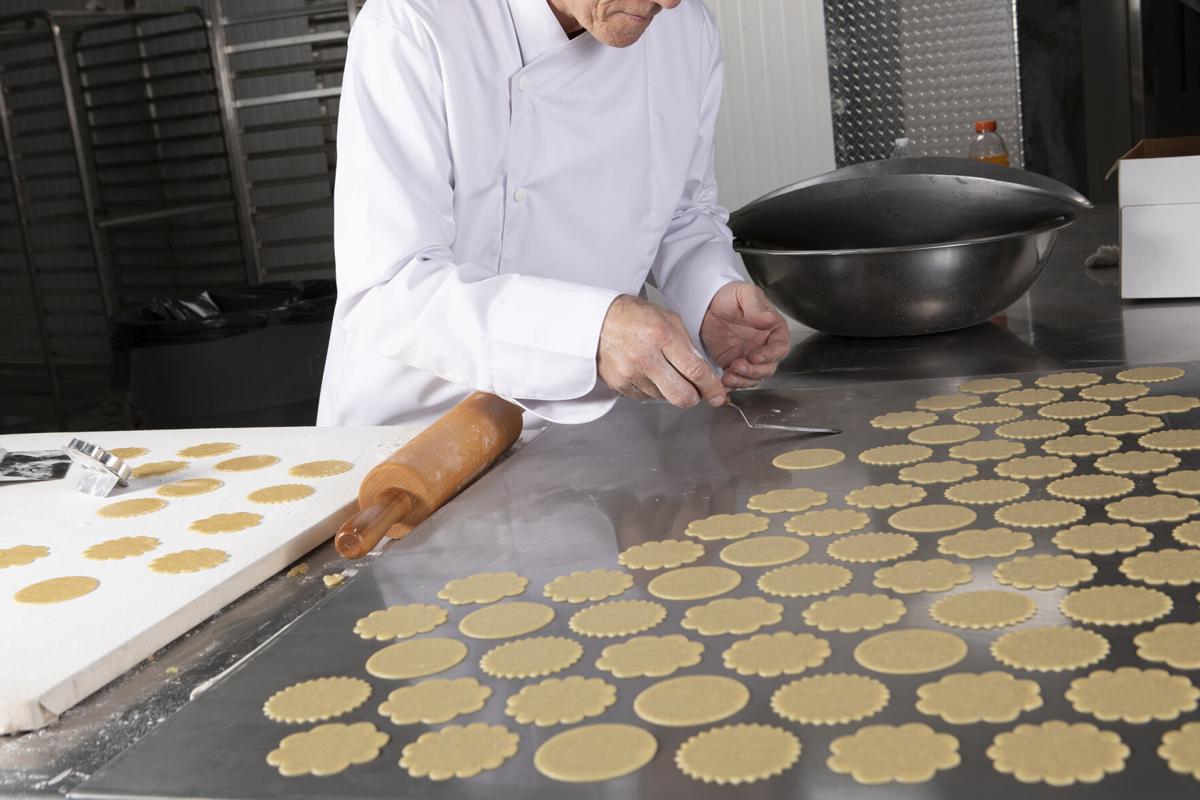 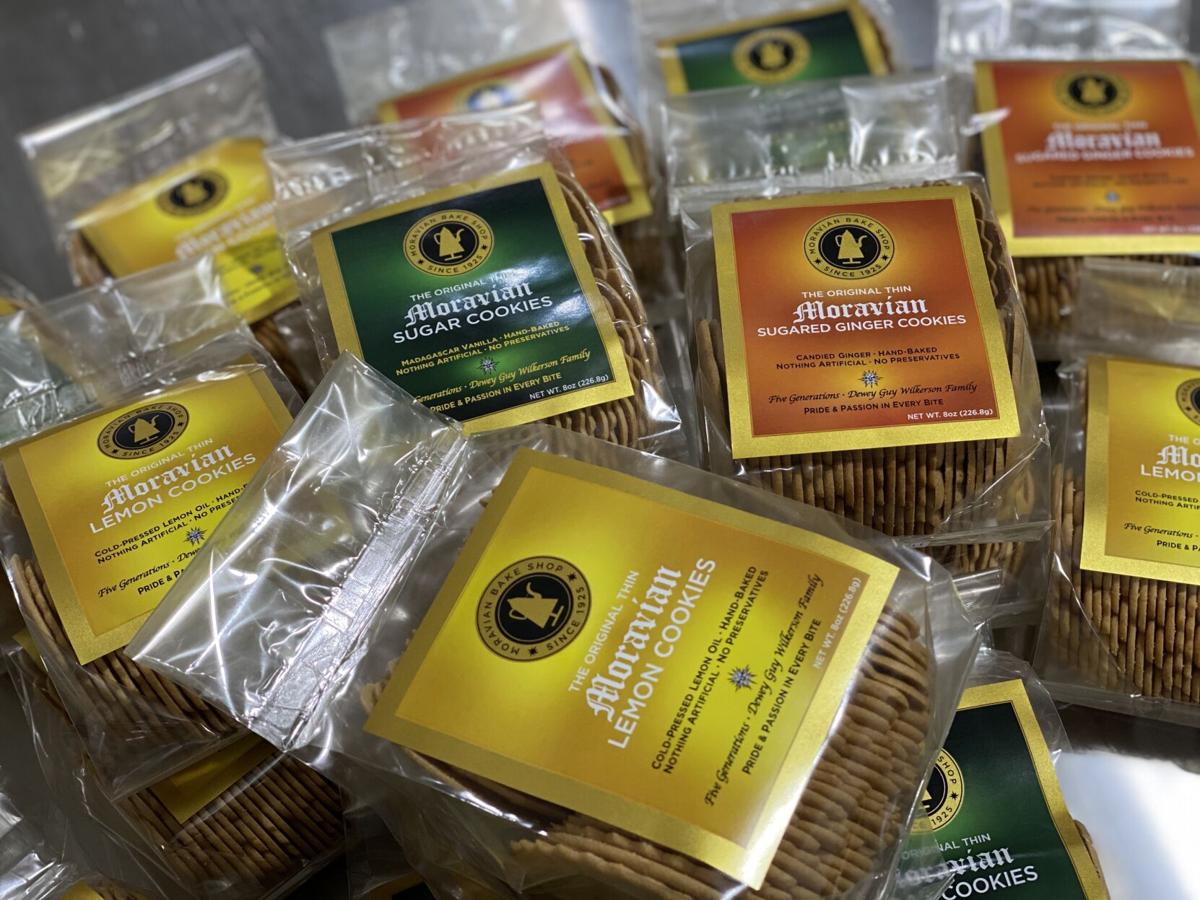 Moravian Bake Shop will sell Moravian cookies and sugar cake at two pop-ups over the holidays, one in Hanes Mall and one at 3443 Robinhood Road. 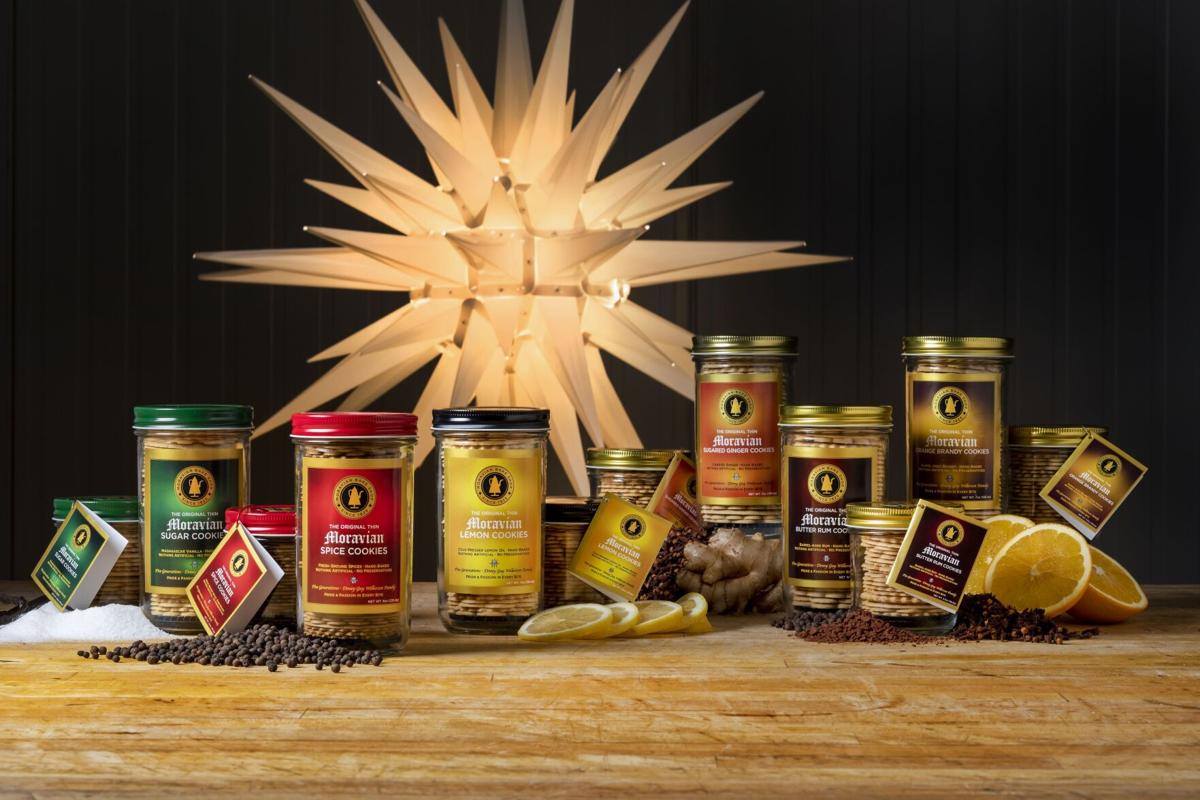 Moravian Bake Shop's cookies include tradition Moravian molasses and spice, as well as sugar cookies with such flavors as ginger, butter rum, lemon and orange brandy.

Moravian Bake Shop — the newest venture of the Wilkerson family — will open Nov. 23 at 3443 Robinhood Road, in the former location of Paul’s Fine Italian Dining. A second location is scheduled to open in about a week at Hanes Mall, in the lower-level center court near Belk department store.

Both locations will remain open until New Year’s.

About a year ago, Dewey Guy Wilkerson III and family started Wilkerson Baking Co. LLC, which sold only wholesale at such places as Buie’s Market.

“The response was tremendous,” Wilkerson said.

“My grandfather, a devout Moravian, moved here and opened a bakery in 1930. Our family has a passion for baking.”

Over the years, Dewey’s became a household name in Winston-Salem, and the bakery opened multiple locations. The Wilkerson family has not been associated with the bakery since 2011, when Scott Livengood, a former Krispy Kreme CEO, and his wife, Michelle, took full ownership of the business.

But now the Wilkerson family is back. Guy Wilkerson is running the new company with help from all four of his children — Chelsi, Drake, Kane and Dewey Guy Wilkerson IV — as well as their cousin Noah Wilkerson.

“Words can’t express what the bakery means to us,” Chelsi Wilkerson said. “We are a close-knit family and we are closer now than ever. Our memories live on in our bakery. My first job was pushing around a Dewey’s cart. The taste of my childhood is back.”

The Moravian Bakeshop will sell classic Moravian sugar cake as well as the famous thin Moravian cookies. The cookies will be available with the traditional molasses and spice flavoring, but also as sugar cookies in such flavors as ginger, orange brandy and lemon.

The baked goods are not made from Dewey’s Bakery recipes, the family said, but they do come from Wilkerson family recipes. “These are a little bit richer,” Guy Wilkerson said.

The company is in the process of setting up a website, www.moravianbakeshop.com, and plans to sell its products online in the future.

Since 2011, Guy Wilkerson said, he mostly has just been baking for friends and family at Christmastime, but he was ready to return to baking commercially. “All my life I’ve been baking,” he said. “I just couldn’t stay away from it.”

Phil Collins confirms next Genesis tour will be his last

Phil Collins confirms next Genesis tour will be his last

Ben Affleck and Jennifer Lopez gush over each other’s achievements

Ben Affleck and Jennifer Lopez gush over each other’s achievements

Every Tuesday in September and October, Dunkin’ is offering teachers in the Winston-Salem area a free medium hot or iced coffee with any purchase.

Dirty Fries has been open only a week or so, but it’s already been hit with lines out the door and cars down the street.

Moravian Bake Shop will sell Moravian cookies and sugar cake at two pop-ups over the holidays, one in Hanes Mall and one at 3443 Robinhood Road.

Moravian Bake Shop's cookies include tradition Moravian molasses and spice, as well as sugar cookies with such flavors as ginger, butter rum, lemon and orange brandy.