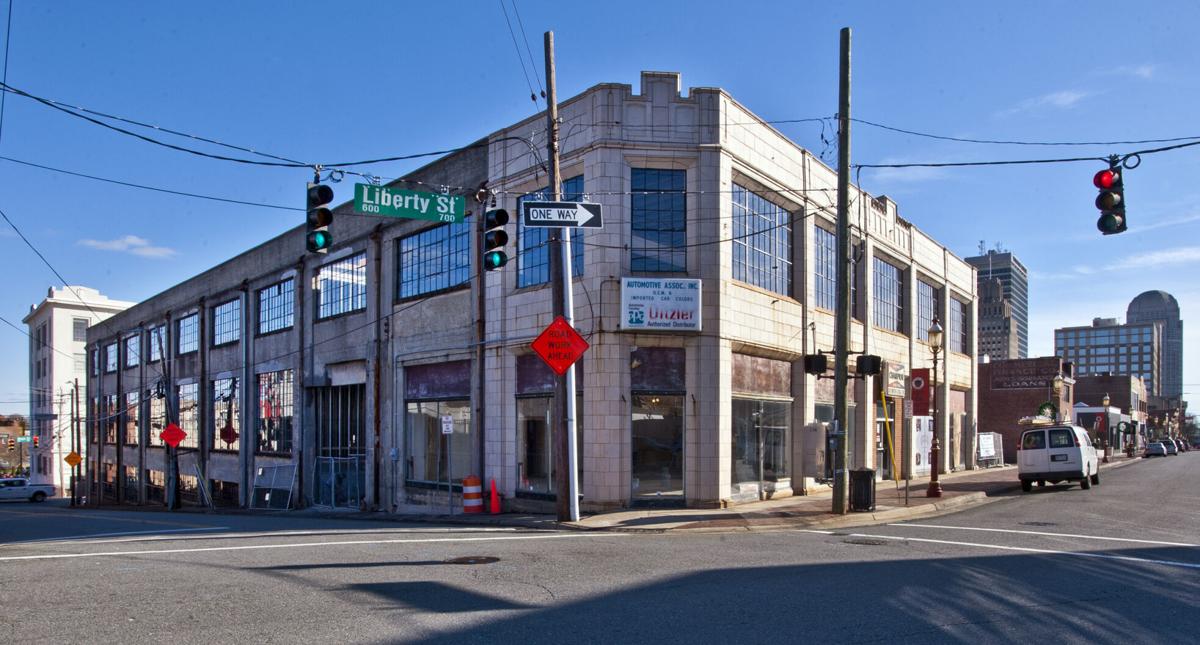 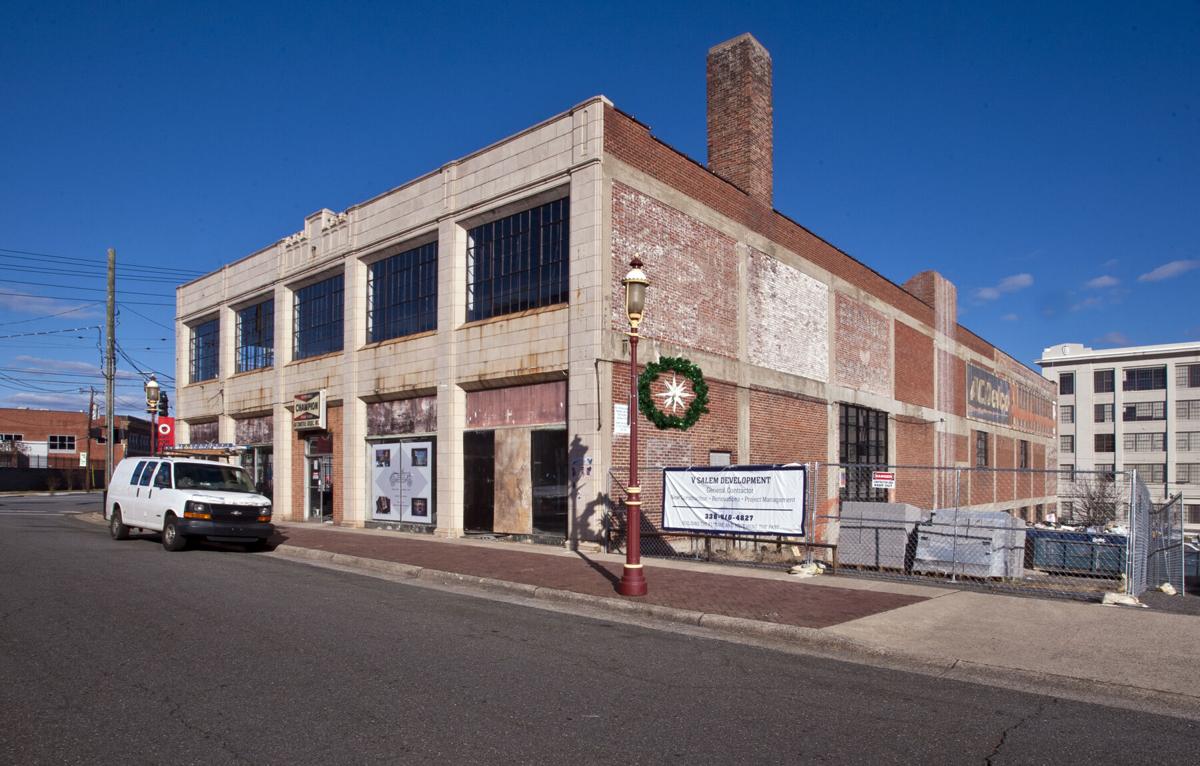 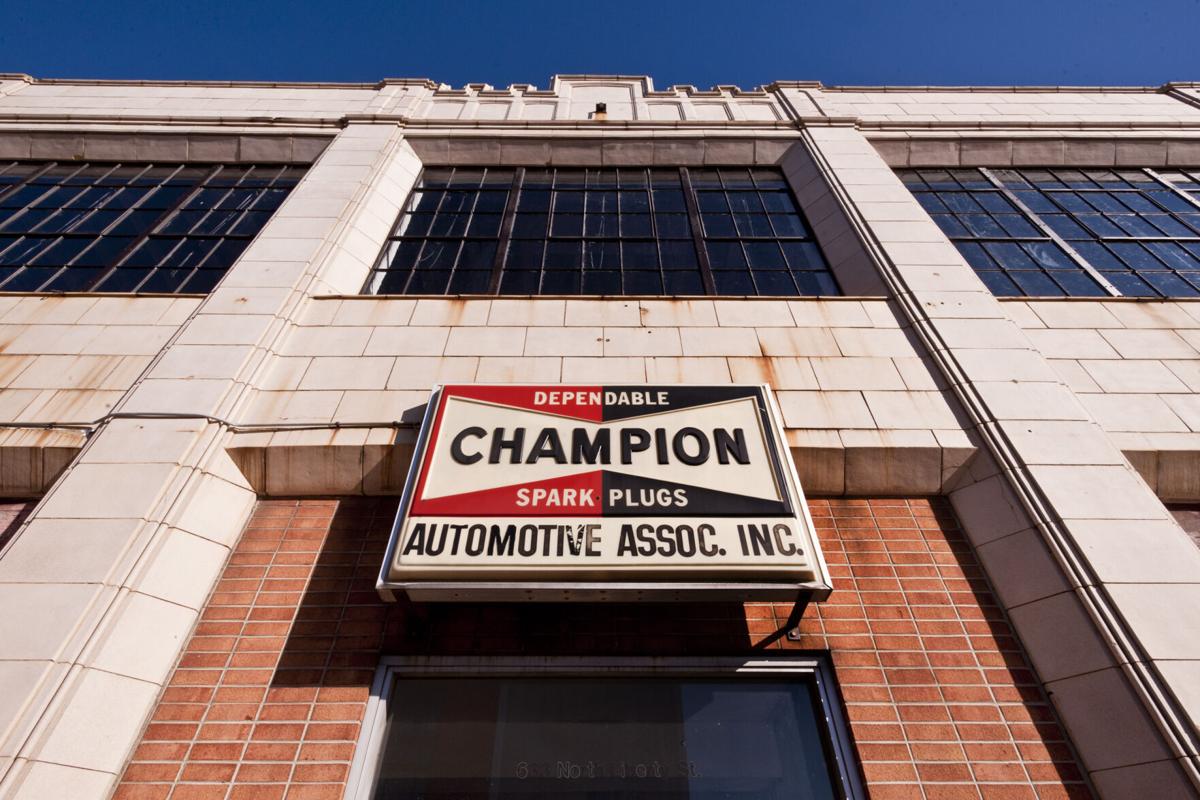 Construction is well underway at 633 N. Liberty St. for a projected May 2021 opening of ROAR, a dining and entertainment complex in the 1920s Twin City Motor Co. building at Liberty and Seventh streets. And the owner, Mayfair Street Partners, has announced details on the eight food businesses that will occupy the building.

Mayfair Street Partners bought the property in 2019, announcing plans for a food hall and more. It now says it plans to have two restaurants and six food stalls in the sprawling 42,000-square-foot, three-floor building on the northern edge of downtown.

“The framing is complete and HVAC, plumbing and electric are going in at the moment,” said Simon Burgess, Mayfair’s local managing director.

Burgess said that ROAR is taking its cue from the 1920s-style architecture of the building’s exterior in designing the interior.

The top floor is slated to hold RoSo (short for Roaring Social), a prime-rib fine-dining restaurant and entertainment venue. “It will have a 1920s Prohibition feel,” Burgess said. The restaurant will have a bar and music stage as well as duck pin bowling and golf simulators. There also will be a rooftop bar.

The main floor, at the Liberty Street Level, will hold an Italian restaurant called Est Est Est as well as Ford’s Food Hall.

Est! Est!! Est!!! is the name of a famous Italian white wine, but the phrase’s origin comes from an old story about a German bishop on his travels. He directed a boy to go ahead and scout the places that had good wine, writing “Est!” (Italian for “There is!”) wherever good wine was found. When the scout arrived in Montefiascone, where Est! Est!! Est!!! is made, he found the wine to be so good that he wrote “Est! Est!! Est!!!”

Ford’s Food Hall — so named because it once was a showroom for Model A and other Ford cars — is set to hold six different food vendors. They include vendors selling dessert, Asian fare, South American food, American food, international sandwiches and seafood.

Mayfair will be the sole owner of RoSo, but it will partner with others in the remaining food businesses in the building.

Plans are currently on hold for the third, lower level, which comes out on Main Street. “We were going to make that an event space. COVID changed all that,” Burgess said. But he added that he is starting to see a slight resurgence in demands for wedding and similar events, so he may turn that lower level into an event space after all. But he wants to wait a few months before making a decision.

While construction continues, Mayfair has organized a series of pop-ups at Sir Winston Wine Loft at Hotel Indigo, 104 W. 4th St., which Mayfair also owns. The pop-ups will begin Jan. 21 and are designed to showcase the food that will be served in the food hall and at the restaurants in ROAR. See the accompanying sidebar for details.

Mayfair Street Partners plans pop-up samplings from the various food businesses that will be located in ROAR, 633 N. Liberty St., set to open this spring.

Pop-ups will be from 5 to 8:30 p.m. at Sir Winston Wine Loft & Restaurant, 104 W. 4th St. in the first floor of Hotel Indigo. Reservations, which can be made at www.roarws.com, are recommended.

Here is the schedule for pop-ups:

Dairi-O opened its new location at 5916 University Parkway on Monday, about a mile down the road from the restaurant it had to abandon to make…

A young couple is spreading their love of seafood through a takeout spot at 514 N. Main St. in Lexington.

Carolina Fish Fry Co., a new franchise concept, has opened at 5705 Inman Road in Greensboro, and another location is expected to open soon in …

TJ’s Deli and Grill has a new owner.