For years, Foothills Brewing has invited scores of food trucks to serve customers at its tasting room at 3800 Kimwell Drive. Now, it has its own truck.

The truck will be serving some of its customers’ favorite noshes from Foothills Brewpub, the restaurant that Foothills runs downtown.

Jamie Bartholomaus, the president and co-owner of Foothills, said that the company had talked about getting its own truck for years but that problems with consistently having other trucks prompted the change this year.

“We’re kind of a destination environment,” Bartholomaus said, referring to the fact that food choices are limited in the immediate vicinity to the tasting room and brewery.

“If people come out on a Saturday afternoon and we don’t have food, they don’t stay long.”

Though Foothills tried to arrange for trucks every day, they didn’t always make it — sometimes because of breakdowns, sometimes for other reasons.

Foothills has tried selling snacks in the tasting room and even bringing out food from the restaurant, but neither solution worked particularly well, Bartholomaus said.

Justin Pinch, formerly the chef at Wine Merchants/Vin 205, is the chef of the new truck. “What we decided — since Foothills (Brewpub) is our commissary — is we would bring some of the classics from Foothills and put it onto the food truck and serve it kind of street-style.”

The initial menu includes loaded tots or fries, chips and beer cheese, Buffalo chicken wrap, Reuben, wings and a burger — all priced $7 to $12.

Bartholomaus said that one advantage of running both the truck and tasting room is that customers can order inside at the bar, have the food cost added to their bar tab, and then get a page when their order is ready. That way they don’t have to go outside to order and stand around waiting for their food.

Beginning the week of July 25, the Footmobile truck will be serving outside the tasting room Wednesday through Sunday. La Parilla Mexican Grill will be there Mondays and Tuesdays.

Eventually, the truck probably will operate seven days a week, though Foothills may continue to bring in other trucks on occasion.

“We also may use the truck for catering. I’d love to take it to beer and music festivals, but we feel the priority is here for now. At some point, we might even get a second truck.”

Bartholomaus said he thinks the truck offers a lot of new ways to serve Foothills customers.

“I think it opens up some possibilities,” he said. “Right now, I’m telling the staff they now need to think of the tasting room as a restaurant with an outside kitchen.” 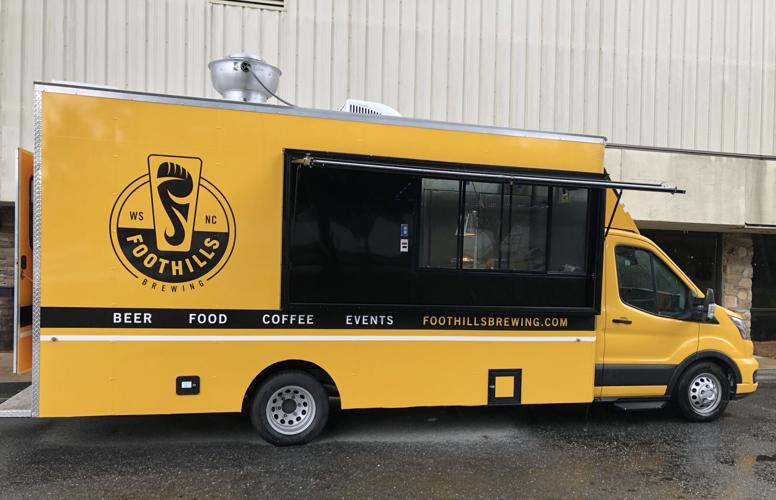 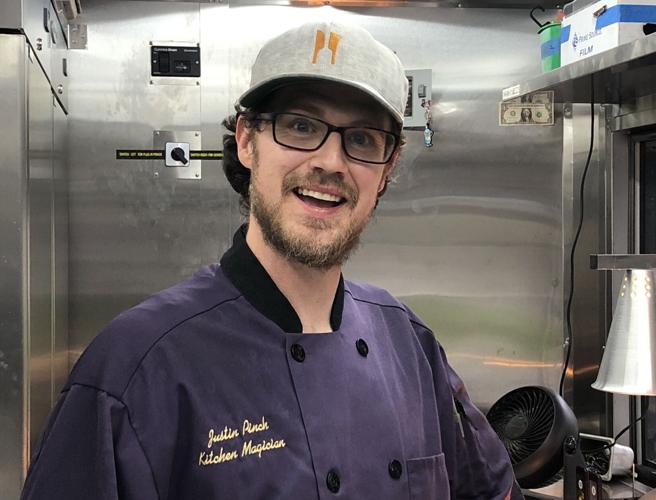