Sean Reaves, the chef and co-owner of Cille & Scoe in downtown Greensboro, has been chosen to compete on the Food Network’s show “Chopped.”

Reaves, who owns Cille & Scoe at 312 S. Elm St. with his wife, Tara, was chosen after “Chopped” staff noticed his Instagram account.

“The casting director messaged our Instagram account, and it was weird because I don’t always look at those message requests because I get so many of them,” Tara Reaves said.

When she did, she wondered if the message was fake, but she replied.

“I’m going to brag on my husband, because Sean has an infectious personality,” Tara Reaves said. “So, I could tell in the interview they were like ‘Oh my God.’”

About a week later, there was a follow-up interview, and the Reaves got the final OK.

They were in New York last weekend to film the show.

So far, they can’t share any other details, and they don’t have an air date.

Tara Reaves is especially excited about the opportunity because she is a longtime fan of the show. “It’s pretty crazy because ‘Chopped’ has been my favorite show since childhood. It’s a true test of skill, and there’s not a lot of ‘reality’ thrown into it,” she said.

“Chopped” debuted in 2009. The show, hosted by Ted Allen, has four chefs facing off in three rounds – preparing an appetizer, entrée and dessert – with one chef getting eliminated or “chopped” in each round. The chef left at the end wins $10,000.

Sean Reaves is a veteran Triad chef who has worked at such restaurants as Jamestown’s Southern Roots and Greensboro’s 1618 Midtown, Liberty Oak and Green Valley Grill, before opening Cille & Scoe in October 2021. The Reaves have described Cille & Scoe’s menu as “Southern redefined,” and Sean Reaves has said he is committed to using a lot of local food in his cooking.

Reaves said he really hadn’t watched “Chopped” until after his interviews. “I was aware of it, but I wasn’t a follower of the show. It took me a second to come around to it,” he said.

“At first, I was just doing it for my wife,” he said with a laugh, “but now I’m realizing this is a great opportunity for exposure for Cille & Scoe.”

Reaves said he has recently watched a few episodes to prepare himself.

“I feel pretty good about it because I’m good in a crunch,” he said. “But it’s going to test me to my limits because I’m a perfectionist.” 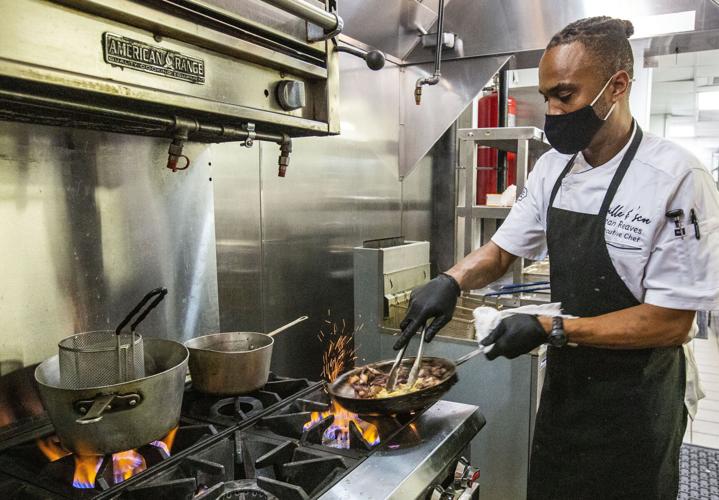 Chef and owner Sean Reaves makes a dish in the kitchen at Cille & Scoe restaurant in downtown Greensboro. Reaves, 42, grew up in Greensboro and attended culinary school in Florida. 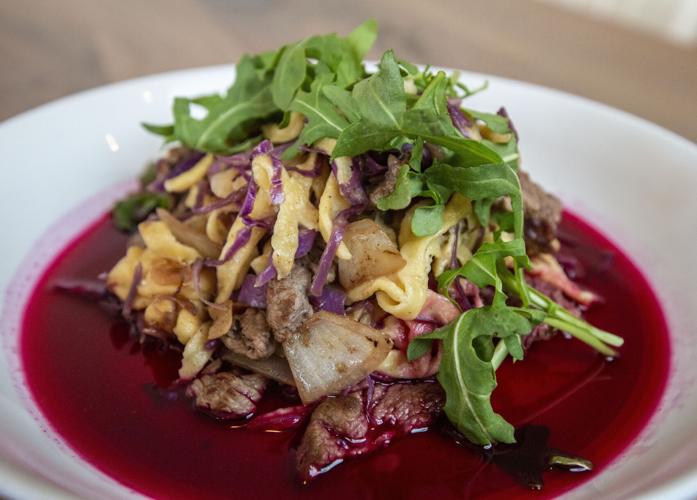 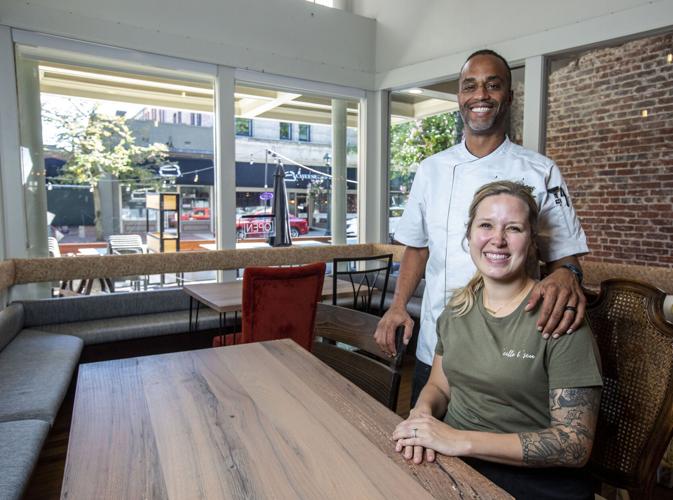 Owners Sean and Tara Reaves at Cille & Scoe restaurant on Elm Street in Greensboro. The Reaves describe Cille & Scoe as a modern Southern eatery that takes its cue from North Carolina’s produce and other local foods. 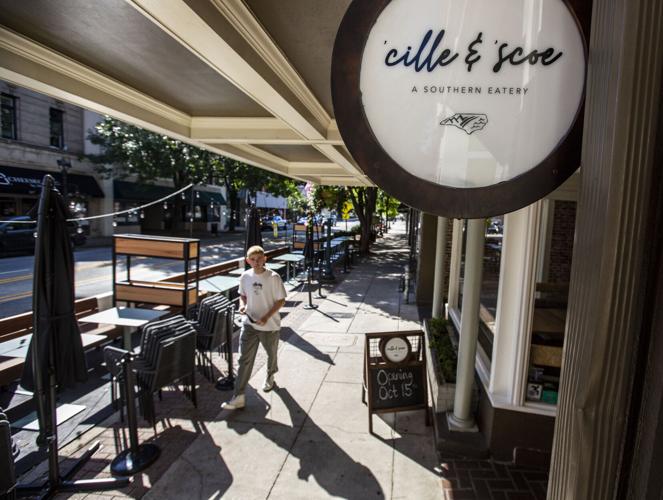 The Cille & Scoe restaurant on Elm Street in Greensboro.