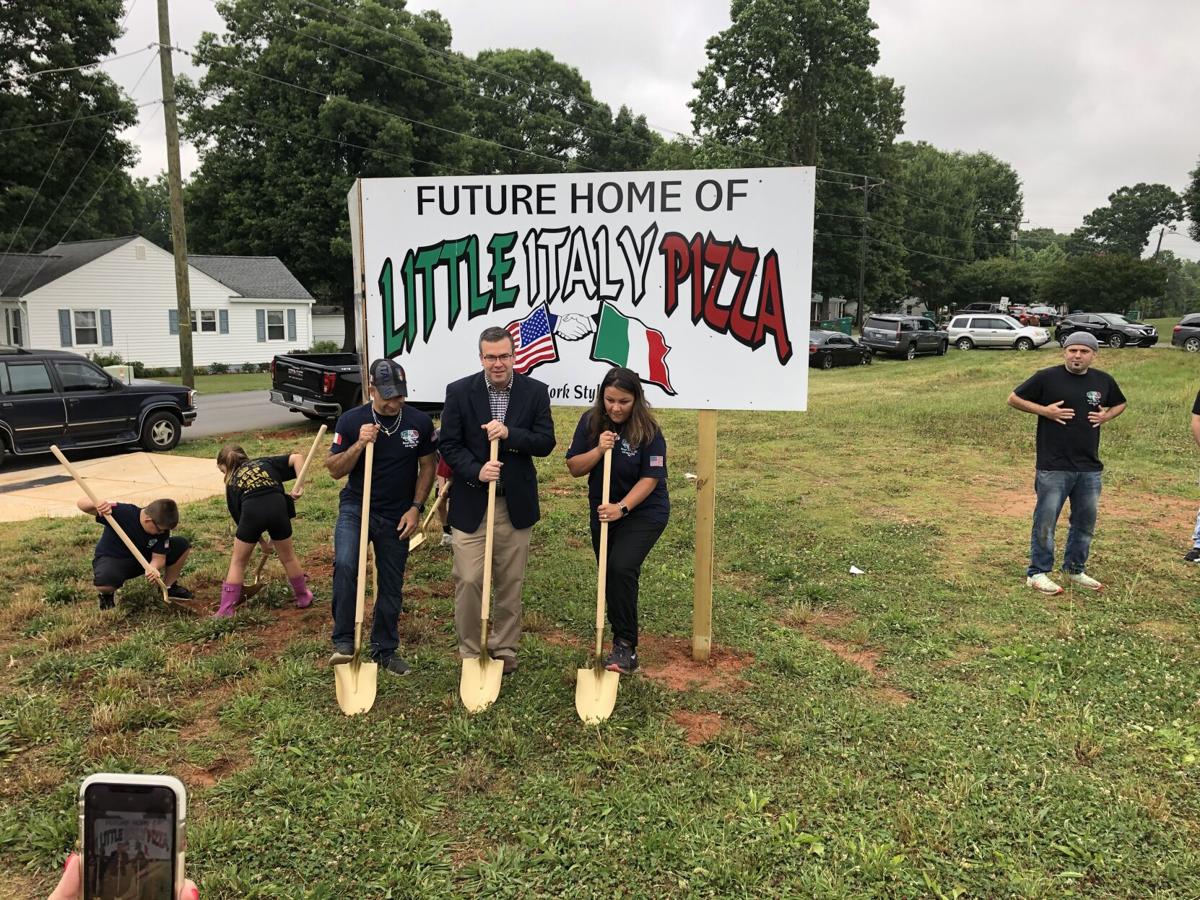 Rural Hall Mayor Tim Flinchum joins Domenico Borredon and Margherita Looz, the owners of Little Italy Pizza, in breaking ground on their new location, which will be at the intersection of N.C. 65 and Angus Street, just a few hundred yards from the current location. 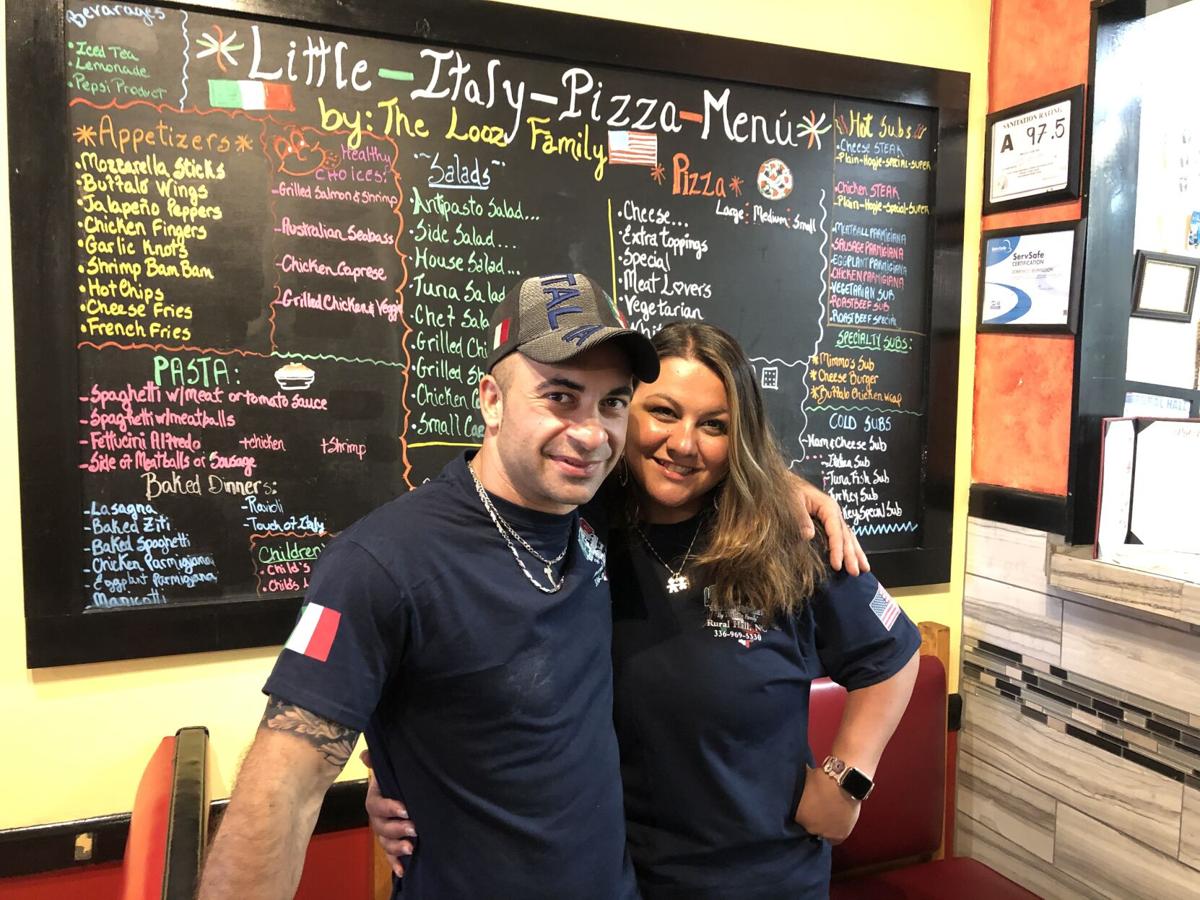 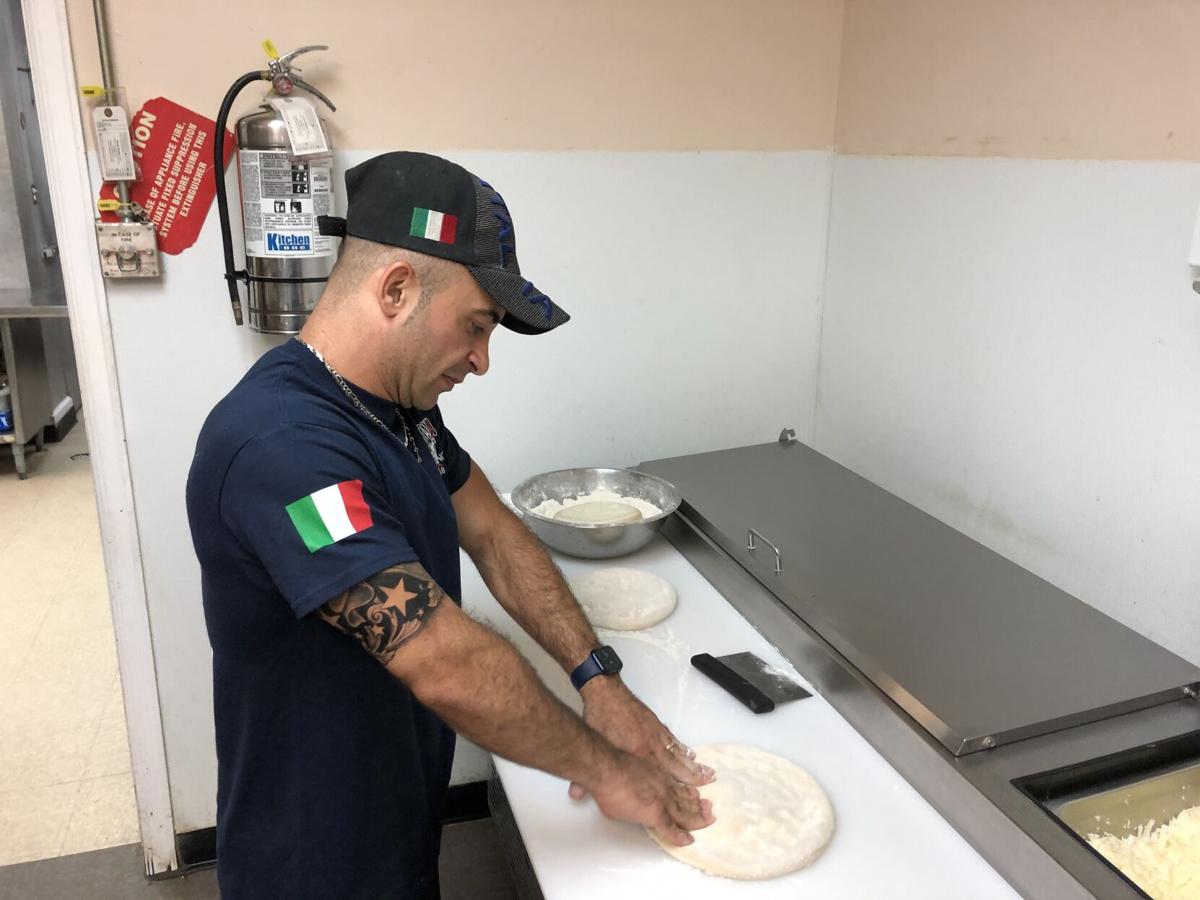 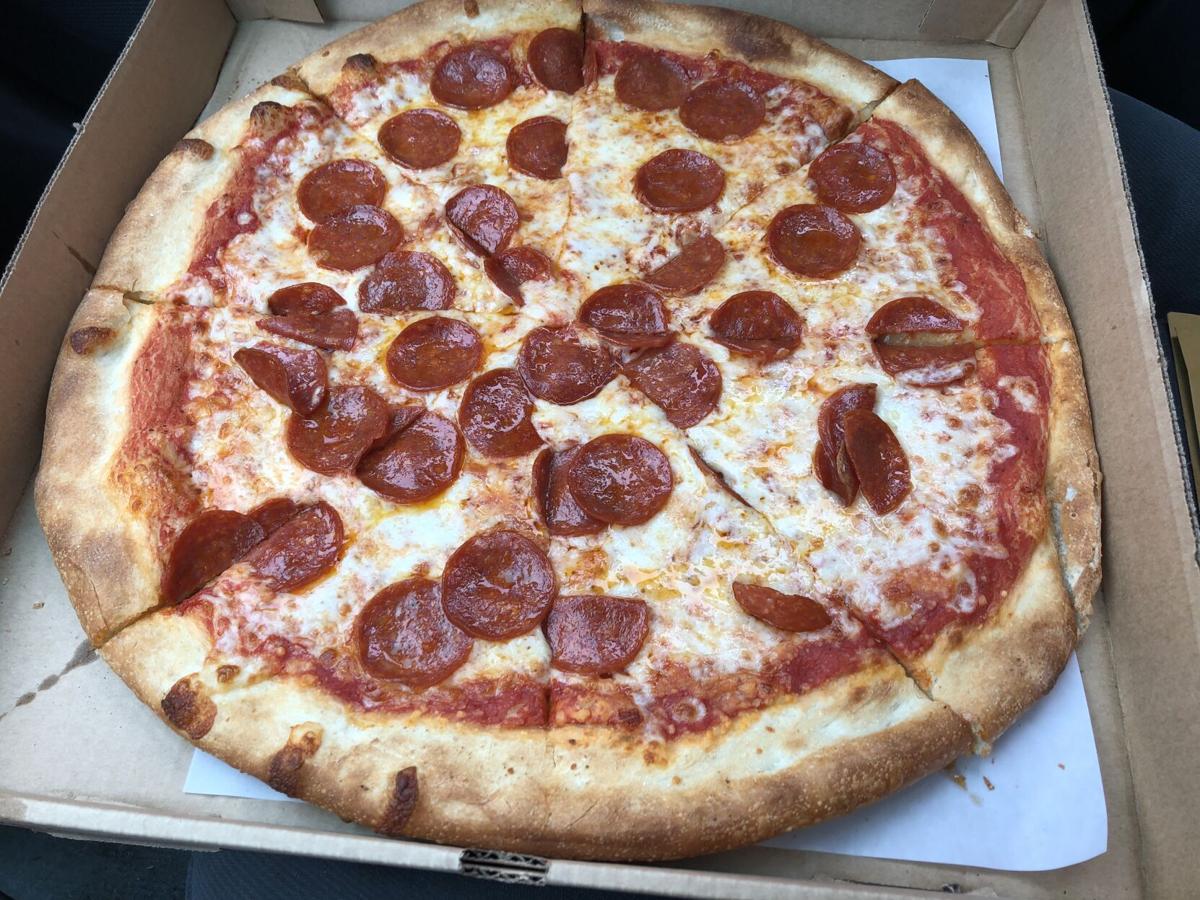 A pepperoni pizza from Little Italy Pizza in Rural Hall. 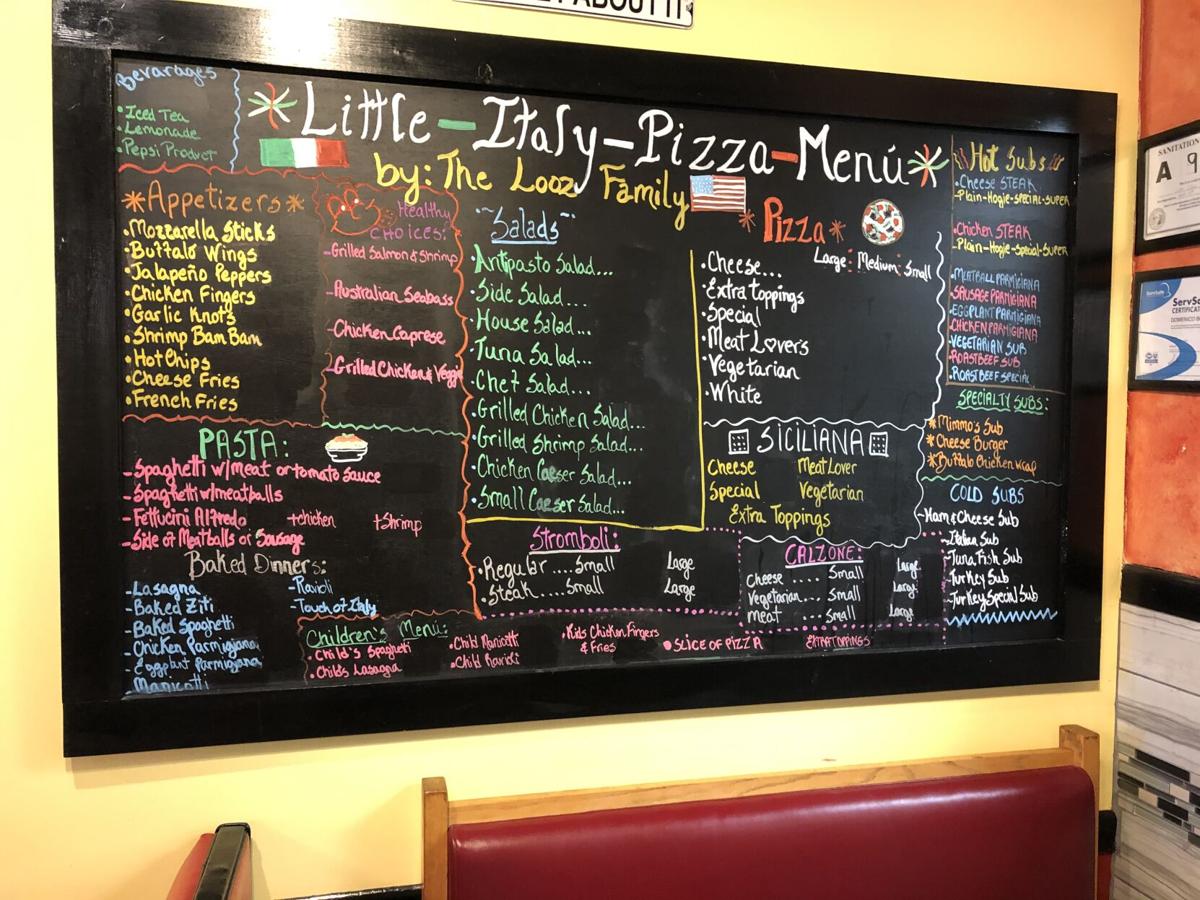 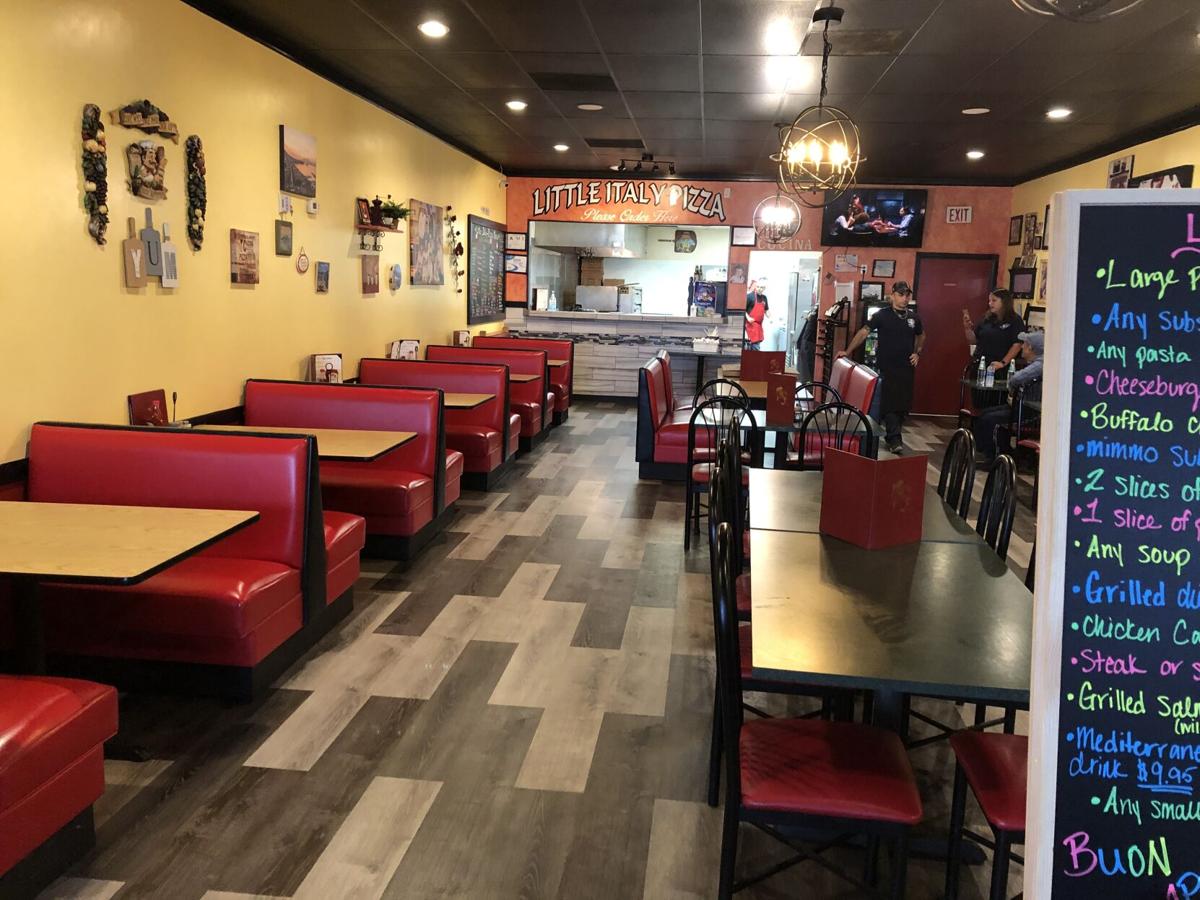 Little Italy Pizza has been in Village Square shopping center in Rural Hall since 1999.

Owners Domenico Borredon and Margherita Looz celebrated the restaurant’s 22nd anniversary this April in the same spot where Looz’ father, Pasquale Looz, started Little Italy in 1999 after immigrating from a small town outside of Naples, Italy.

Looz has been working in the restaurant since she was a girl. She and Borredon, her husband — also both natives of Italy — took over in 2010 as her father eased into retirement.

This is one of four Little Italy restaurants throughout the Piedmont owned by family members. The family opened a King restaurant in 2001 and then moved it to a new building in 2004. Later, the family opened locations in Burlington and Dobson. There also was a location in Welcome for a brief period.

Kelly Alderman of KNA Contracting, which is building the new restaurant, said he expects to have construction completed in November if all goes smoothly. Looz said she hopes to move into the new restaurant as early as December.

Looz said that she and her husband had planned to build a larger location long before the COVID-19 pandemic.

They bought the property about three years ago, she said, but it took some time to for the rezoning and other matters.

Looz said they wanted to own a standalone property for several reasons. “First, it’s a good investment — this is something for our kids.”

Also, she said, Little Italy had outgrown its old space. “We have a larger menu now. We needed a bigger kitchen,” she said.

The new location will have an open kitchen so customers can see more of the cooking that goes on. It also will have a private room for parties and a patio.

Looz said the restaurant has grown a lot in 22 years. “It started as just a pizza place, but it’s more of a full restaurant now,” she said. “We have a lot of entrees. We do special dinners, like for Valentine’s Day.”

The menu includes such entrees as sautéed sea bass, chicken Caprese, and grilled salmon and shrimp, in addition to a wide selection of subs, sandwiches, pastas and other Italian dishes.

The pandemic may have delayed their plans a bit, Looz said, but not much. And it certainly helped confirm their belief in Little Italy’s future. “Even though we had to switch to 100% to-go for a while last year, we still had an above-average year. It was booming,” she said.

“That’s why we didn’t stop with the project. The community has been so great. Rural Hall is a small community, and the people really support us.”

The recent ground-breaking was attended by current Mayor Tim Flinchum and former Mayor Larry Williams. As family and friends gathered to dig the first shovels full of dirt, cars passing by honked their horns and drivers cheered.

“A lot of friendships have been made in Little Italy,” Williams said, adding that Borredon and Looz are well-known throughout the town. “They didn’t just bring a business to Rural Hall. They brought their family. They made this their home.”

A graduate of Carver High School and N.C. A&T University has partnered with a Greensboro restaurateur to open a new soul-food restaurant i…

Rural Hall Mayor Tim Flinchum joins Domenico Borredon and Margherita Looz, the owners of Little Italy Pizza, in breaking ground on their new location, which will be at the intersection of N.C. 65 and Angus Street, just a few hundred yards from the current location.

A pepperoni pizza from Little Italy Pizza in Rural Hall.

Little Italy Pizza has been in Village Square shopping center in Rural Hall since 1999.