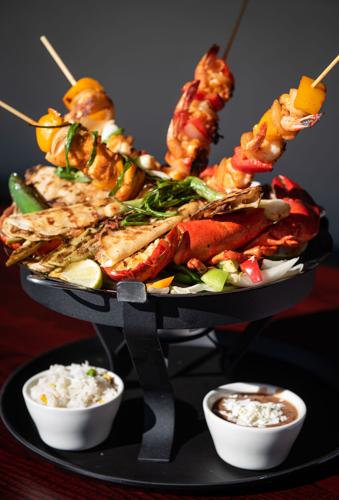 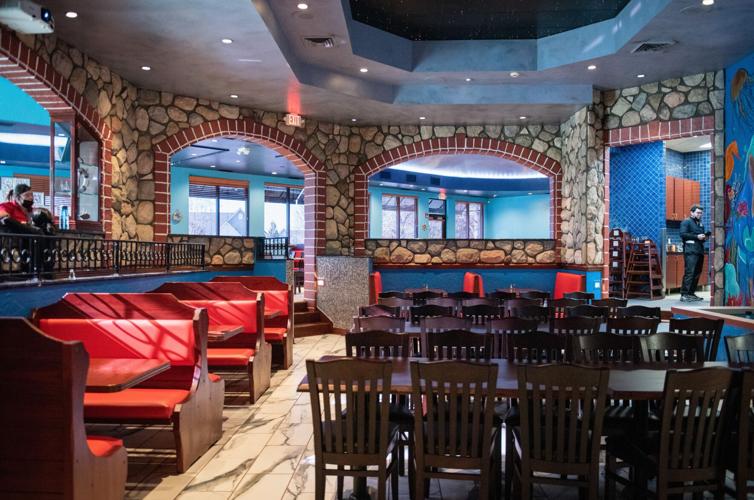 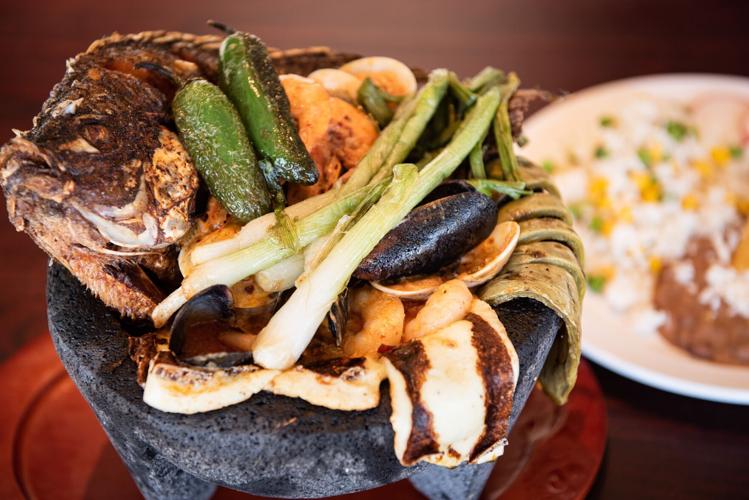 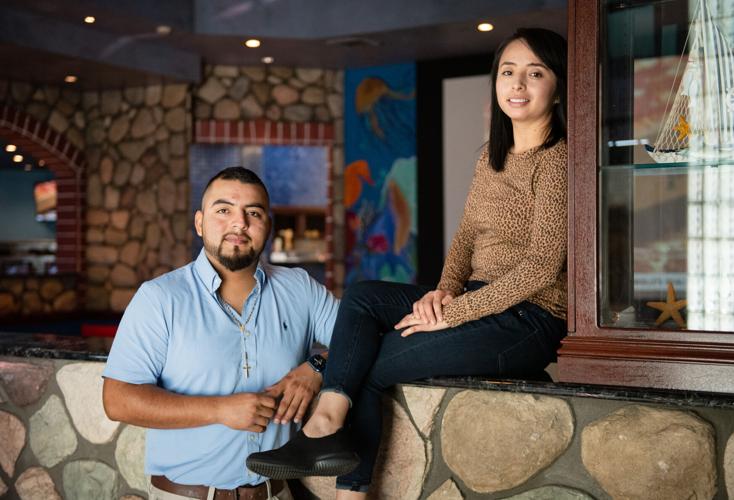 Ranferi Ramirez, owner of Mariscos Marlin Bar & Grill, and his sister, Blanca, at the restaurant at 2438 S. Stratford Rd. in Winston-Salem. 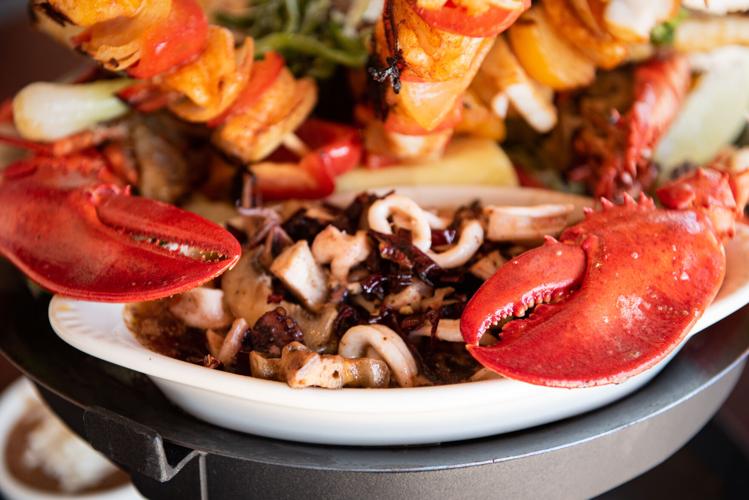 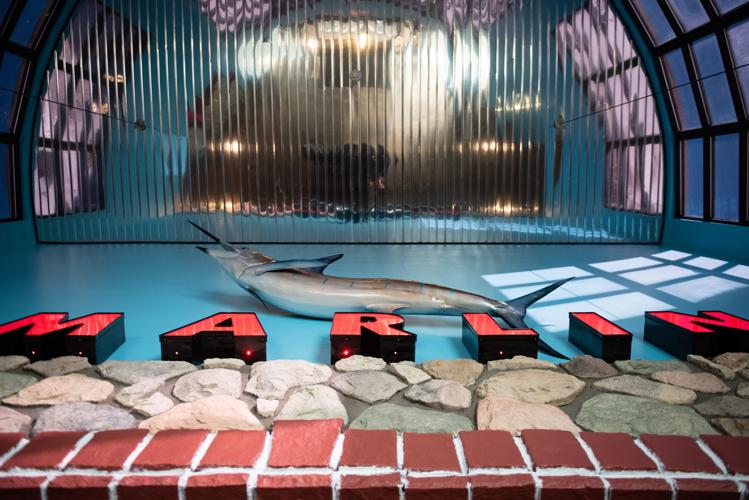 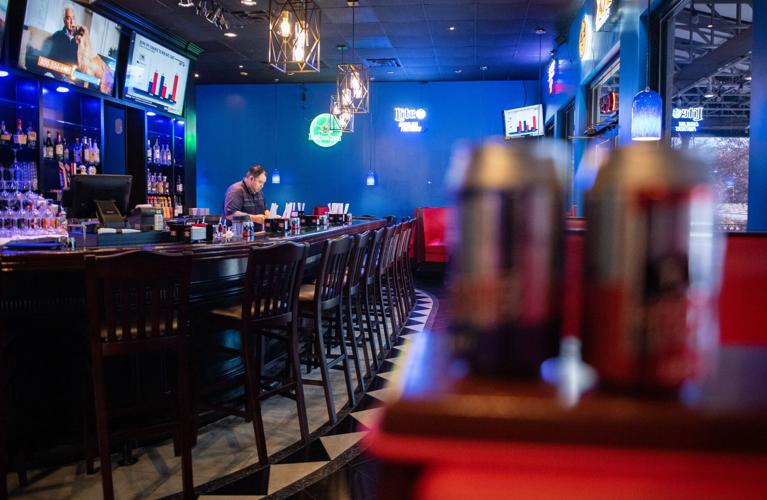 The owner of a small taqueria on the Southside has opened up a high-end Mexican seafood restaurant on South Stratford Road.

Ranferi “Ran” Ramirez, the owner of Taco Rico Taqueria at 631 E. Sprague St., opened Mariscos Marlin Bar & Grill on Nov. 29. The new restaurant is at 2438 S. Stratford Road. For years, that was the location of Cities Bar & Grill, but the building has sat vacant since Cities went out of business in early 2019.

The new restaurant is a stark contrast to the small and casual Taco Rico. Mariscos Marlin is big. It can seat 285 people, not including the covered patio, which can be enclosed and heated during the winter.

“I’ve always loved seafood. And Winston-Salem doesn’t really have anything like this, high-end, serving Mexican or Hispanic food,” Ramirez said.

A large fountain greets visitors outside the front door of Mariscos Marlin. A huge marlin hangs above the host’s station in the entranceway. Just beyond that is a sunken dining area with a wall-mounted TV about 8 by 15 feet. A separate dining room to the left can be used for private parties up to about 100 people. To the right is a full bar, plus more tables and booths and access to the patio.

Ramirez, 27, is a native of the Guerrero state in western Mexico that includes the coastal city of Acapulco. But he has lived much of his life in Mount Airy. He got a taste of the restaurant business in his late teens and early adulthood when he moved to Hawaii to work at his aunt’s restaurant. But when he came home, he went in a different direction, starting his own business, Metal Carports & Structures in Mount Airy.

“That’s actually my main business. I got into restaurants because of my mother.”

Ramirez explained that he opened Taco Rico two and a half years ago to give his mother, Maria Isabel Vega, something to do. “She wanted to work. She didn’t want to sit home. And I wanted something where she wouldn’t have to work for someone else.”

He didn’t expect much from the taqueria. But then a funny thing happened: Taco Rico got busy. “I didn’t think it would do so well,” he said with a laugh. “I never saw it really as a business.”

Fast forward to 2021, he’s looking to expand Taco Rico, and he has opened Mariscos Marlin, which his sister, 28-year-old Blanca Ramirez, is managing.

Blanca Ramirez has worked in restaurants for many years and has spent the last couple years working alongside her mother at Taco Rico. The siblings said they are leaving Taco Rico in good hands. “She can do everything,” Blanca Ramirez said of her mother. “She is the first one to get there and the last one to leave.”

“And we’re using a lot of her recipes (at Mariscos Marlin) — her sauces, her marinades,” Ran Ramirez said.

Ramirez said he hired his head chef, native Mexican Oscar Lopez, from Hawaii, and his other main cooks are all from the Tijuana/Baja area. “So they are all experts with seafood,” he said.

And the menu at Mariscos Marlin is indeed heavy on the seafood, but it does offer a few meat and vegetarian dishes, too. Because of all the seafood, the average entrée price is higher than most other Mexican restaurants in the area. But lunch is more affordable than dinner, with plates ranging from $7.50 to $12.50. The lunch menu also relies less on seafood and includes a lot of items sold at Taco Rico.

The seafood selection really kicks in at dinner with an 11-page menu, not including drinks or dessert.

Ceviche ($14.99 to $21.99) is available with shrimp, marlin, mahi-mahi or mixed seafood. There are rojo and verde aguachiles ($18.49, shrimp seasoned with chiles and lime) and several cocteles ($16.50 to $24.99) with various combinations of shrimp, oysters, scallops and octopus, served chilled in a tomato, onion and cilantro sauce. Similar combinations of seafood also are available on tostadas.

Bigger appetites might want to try the molcajetes, served sizzling hot in a mortar. The molcajete Marlin (market price) features a combination of seafood such as shrimp and whole snapper with cactus, grilled jalapeno and fried Mexican queso fresco.

Mariscos also has some party platters that it calls “super parilladas” that can serve three or four people. The parillada de Mariscos ($79.99) includes three skewers — one each of shrimp, scallops and fish — plus lobster, marlin tacos, garlic calamari and more. Other parilladas mix chicken and steak with seafood.

The bar has a full line of Mexican and other beers, plus wine. The cocktails include more than a half-dozen different margaritas, plus mojitos, Cuba libres, daiquiris and more.

Nonalcoholic beverages include such Mexican agua frescas as horchata, Jamaica and pina.

Going from a small taqueria to a 285-seat restaurant is ambitious. But the Ramirez siblings seem up to the challenge.

“It is a big thing,” Blanca Ramirez said.

But Ran Ramirez said that his sister’s small stature and quiet demeanor belie her management skills. “People don’t realize it at first but they learn. She knows what she’s doing.”

He added that service is a big part of what he sees as Mariscos Marlin’s key to success. “The food, we don’t worry about. The food, we know. But we really believe in customer service — we really want to give good service.”

The effects of the coronavirus pandemic continued to dominate local restaurant news in 2021. There were fewer closures this year and a welcome…

Ranferi Ramirez, owner of Mariscos Marlin Bar & Grill, and his sister, Blanca, at the restaurant at 2438 S. Stratford Rd. in Winston-Salem.