Virus update: Survivors' blood might save others' lives. If only we could prove it 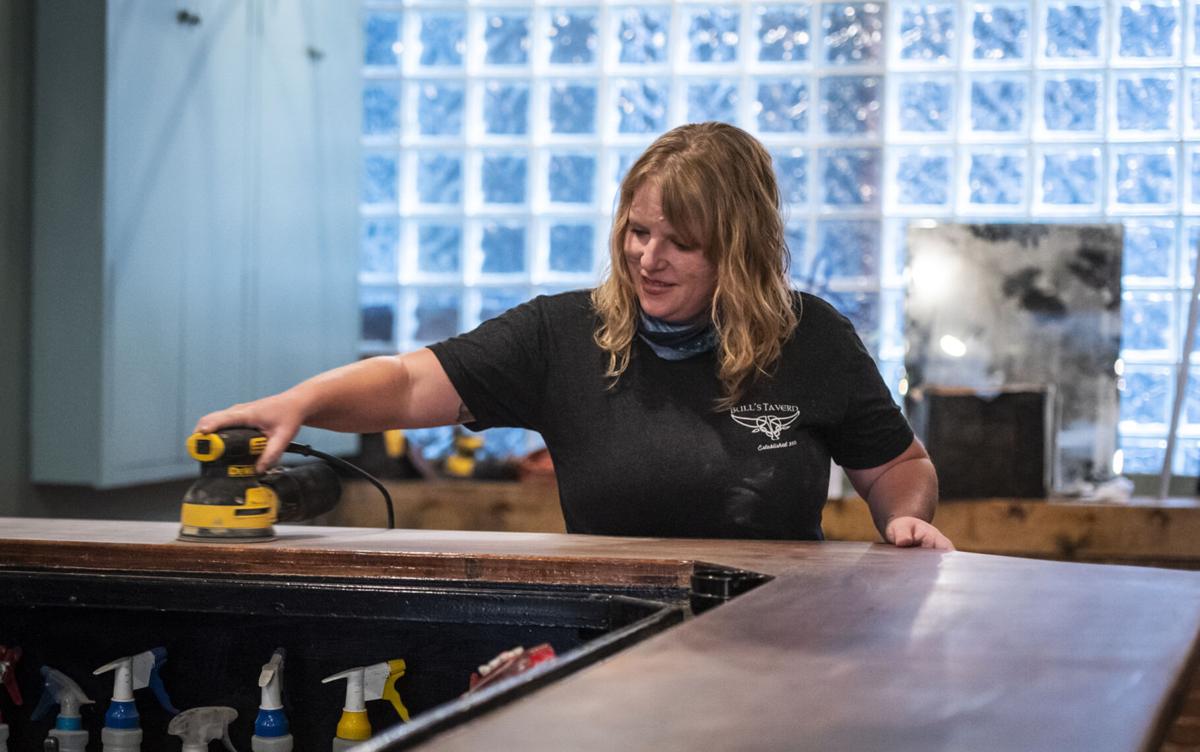 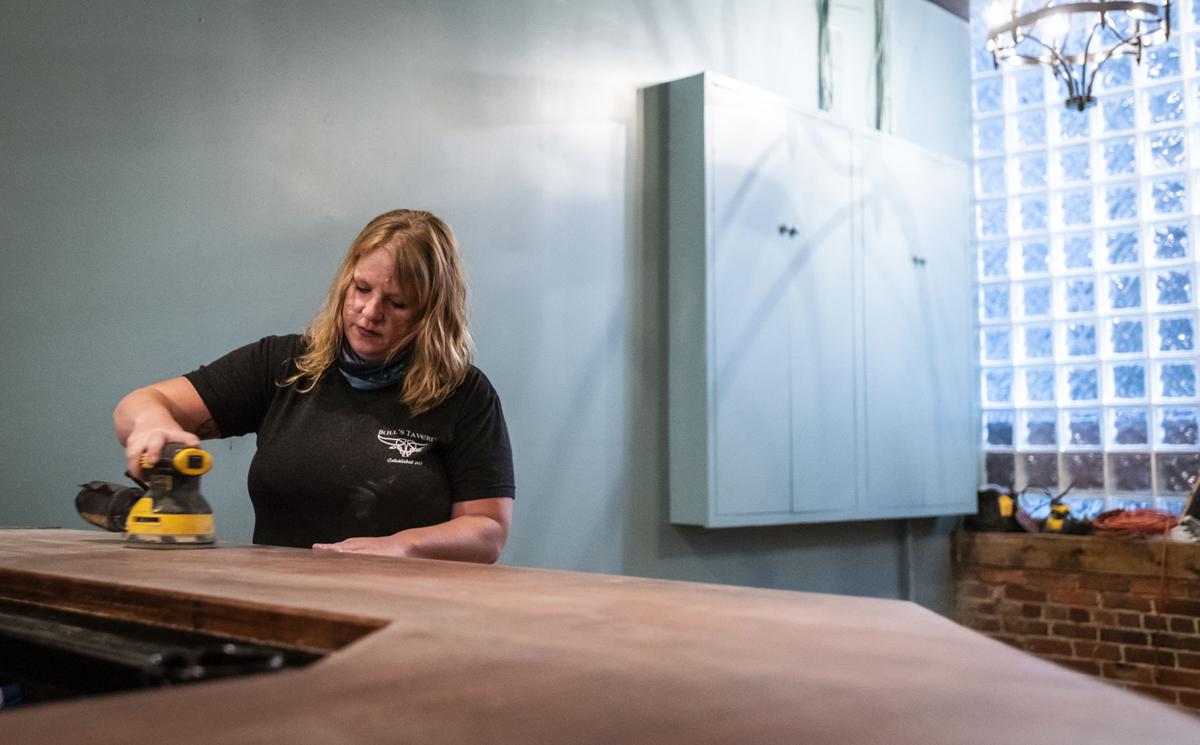 Danielle Bull, the owner of Bull’s Tavern, sands down the bar on Saturday in Winston-Salem. The bar is made from a Walnut Tree Bull’s late father chopped down and milled when she first opened the bar. 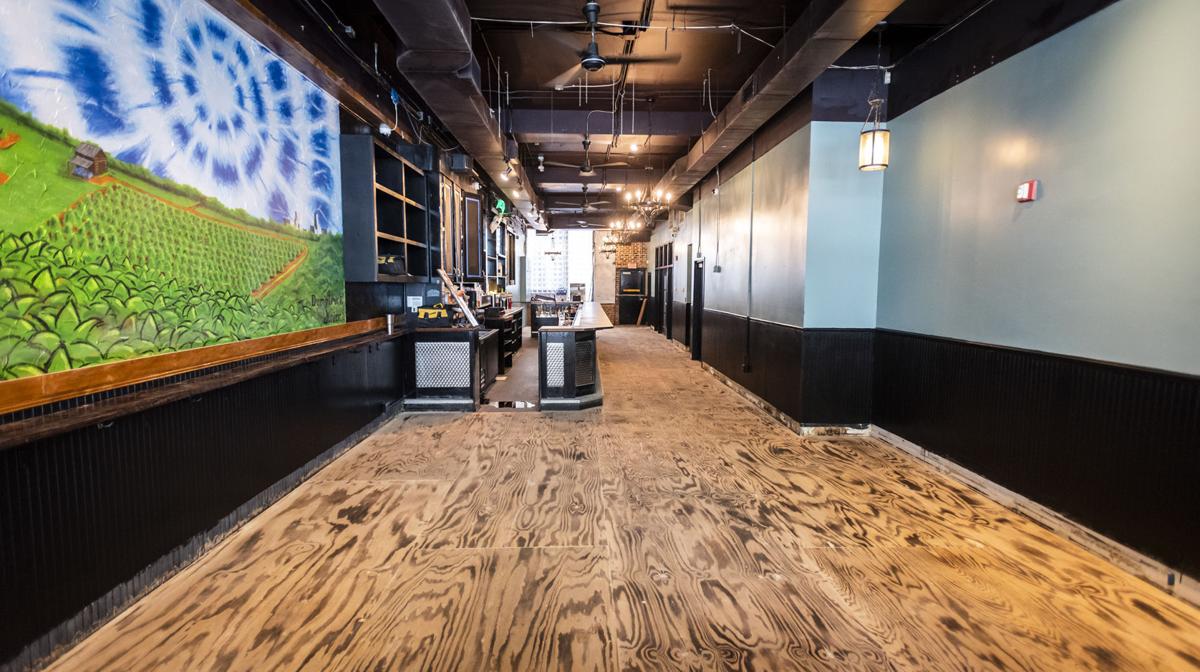 The interior of Bull’s Tavern off Fourth Street on Saturday. 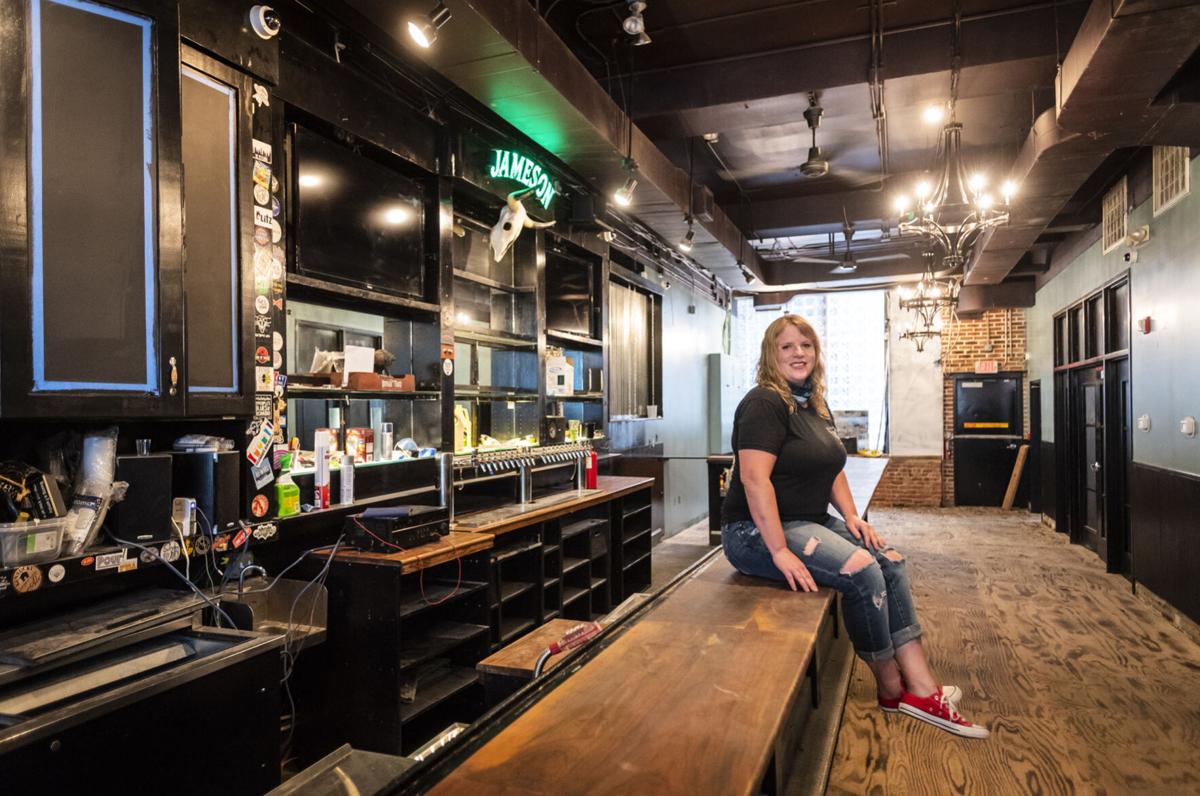 Danielle Bull, the owner of Bull’s Tavern, is using the down time caused by the pandemic to renovate and refurbish the bar.

Danielle Bull, the owner of Bull’s Tavern, sands down the bar on Saturday in Winston-Salem. The bar is made from a Walnut Tree Bull’s late father chopped down and milled when she first opened the bar.

The interior of Bull’s Tavern off Fourth Street on Saturday.

Danielle Bull, the owner of Bull’s Tavern, is using the down time caused by the pandemic to renovate and refurbish the bar.

Local bar owners weren’t surprised last week when Gov. Roy Cooper declined to move to Phase Three, but they’re not exactly happy about it either.

Phase 3 would end many COVID-19 restrictions in the state, among them the required closing of bars.

“I wasn’t surprised. I’ve been following the COVID numbers,” said Norman Hill, who owns Old Nick’s Pub with his wife, Jennifer. The state has had some record daily highs for the number of new cases and hospitalizations in the past couple of weeks.

But Cooper’s decision to stay in Phase Two also poses a growing problem for the many bar owners and employees who have been out of work for four months now.

Many of them have gotten some relief from Paycheck Protection Program loans and from unemployment benefits, but the future does not look good. Much of the PPP money has been spent (or remains unspent because it’s earmarked for wages). And the $600 weekly federal supplement to unemployment that has been a lifesaver to many laid-off workers is set to end this month.

That’s enough to cause plenty of worry and unhappiness right there, but what really has bar owners unhappy is that their bars remain closed while so many other places are allowed to sell alcohol.

Phase Two allows not only restaurants to serve alcohol, but also breweries, wineries, tasting rooms, non-profit clubs, and even certain bars that had food permits before Phase One restrictions began in March.

The N.C. Bar and Tavern Association has said that about 85% of the businesses in the state with alcohol permits are allowed to operate. The proper “bars” constitute only 15% of the places people can buy alcoholic drinks in the state. The newly formed association has been lobbying — without success — to correct what it calls this inequity.

Bar owners see a big discrepancy between the intent and effect of Phase Two. The unstated intent of the governor’s executive order is to stop any kind of free socializing — what you might call “partying.”

Just ask veteran bartender James Douglas. He hates to admit it, but he’s OK with closing bars — even though his nine shifts between Silver Moon Saloon and Hoots has been reduced to two shifts at Hoots (a brewery). “That goes against my livelihood and business owners and people I care about, but we are in the middle of the pandemic,” he said. “I don’t believe people who are inebriated can do social distancing.”

The governor’s office concluded that alcohol consumption at sit-down restaurants generally created a more subdued atmosphere than the lively, dynamic atmosphere of many bars. But then — after apparent lobbying — the state amended Phase two to allow breweries and wineries to open.

The state also didn’t foresee that all the people craving that lively atmosphere would flock to restaurants and breweries and any other place that will serve them a drink.

It’s a complicated issue without clear answers. But what is clear to bar owners is that they got the short end of the stick.

“We’re not meaning to whine or complain,” said Jennifer Hill, “but this is an uneven playing field.”

Beau Tate, who owns Tate’s Craft Cocktails and Bar Pina in downtown Winston-Salem, said he believes that bar owners deserve a chance to operate responsibly during the pandemic. “As bartenders, as private bars, we are trained to understand public health and safety. We are closely monitored by the ABC. We are experienced in spotting (unruly) behavior,” he said.

Tate, Hill and others are generally in favor of such rules and conditions as early closing times, limited capacity, and table service only. Tate said he’d even be OK with tough sanctions for violators, such as loss of their ABC permits.

“I think every business should be given the chance to operate responsibly. We’re not being given the chance. Right now, the state is picking winners and losers,” Tate said.

Sometimes the devil is in the details. Douglas said he feels OK with people drinking at Hoots — which is currently allowed to serve beer but not mixed drinks — partly because it has a patio and a layout that allows people to spread out — something hard to do in the small space of Silver Moon. Similarly, Tate said he would open Bar Pina — which has an outdoor rooftop bar — but not Tate’s, which has limited patio seating and a long and narrow shotgun layout.

Danielle Bull, the owner of Bull’s Tavern, said that under the current guidelines, people are still going to out to drink — they are just doing it in fewer venues. In other words, the behavior that Phase Two is intended to prevent is still happening, all while bars are suffering.

“The people who want to drink, they’re going to restaurants and breweries. I’ve had (employees) from restaurants call me to ask me how to deal with drunk people,” she said. “If the goal is slowing the spread, maybe they need to shut it all back down,” Bull said. “A lot of restaurants are turning into bars.”

A recent Time magazine article cited data that ties the reopening of bars across the country to significant increases of COVID-19 cases, according to Cuebiq, a New York-based mobility analytics company that tracks consumer foot traffic.

Everyone agrees that there is no easy solution. But bar owners said there appears to be a double standard. Either open all bars with rules to ensure social distancing, bar owners say, or close down all the places that essentially operate as bars.

Bull said she doesn’t know how she is going to pay August’s rent, let alone September’s and beyond. She plans to offer gift cards soon and hope her regular customers will rally to help. “I’m hoping people will be willing to pay their bar tab in advance,” she said.

Hill said that if a shutdown is what needs to happen, the government should do it, but throw a lifeline to the businesses that are suffering.

“I think if a public order keeps us shut, we all deserve some type of public support,” Norman Hill said. “If they said we’ll pay your rent until you can reopen, I’d be perfectly OK with that.”