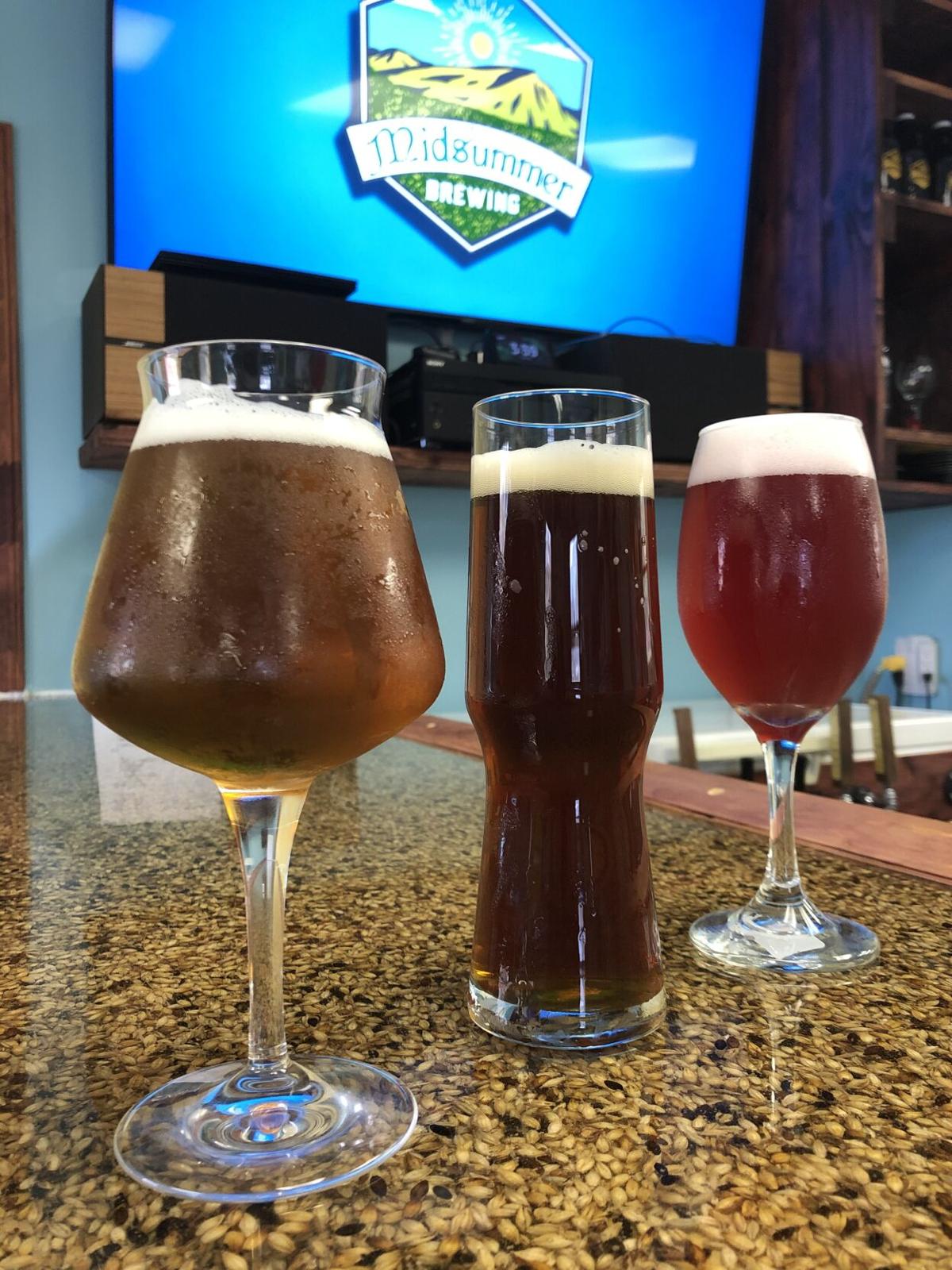 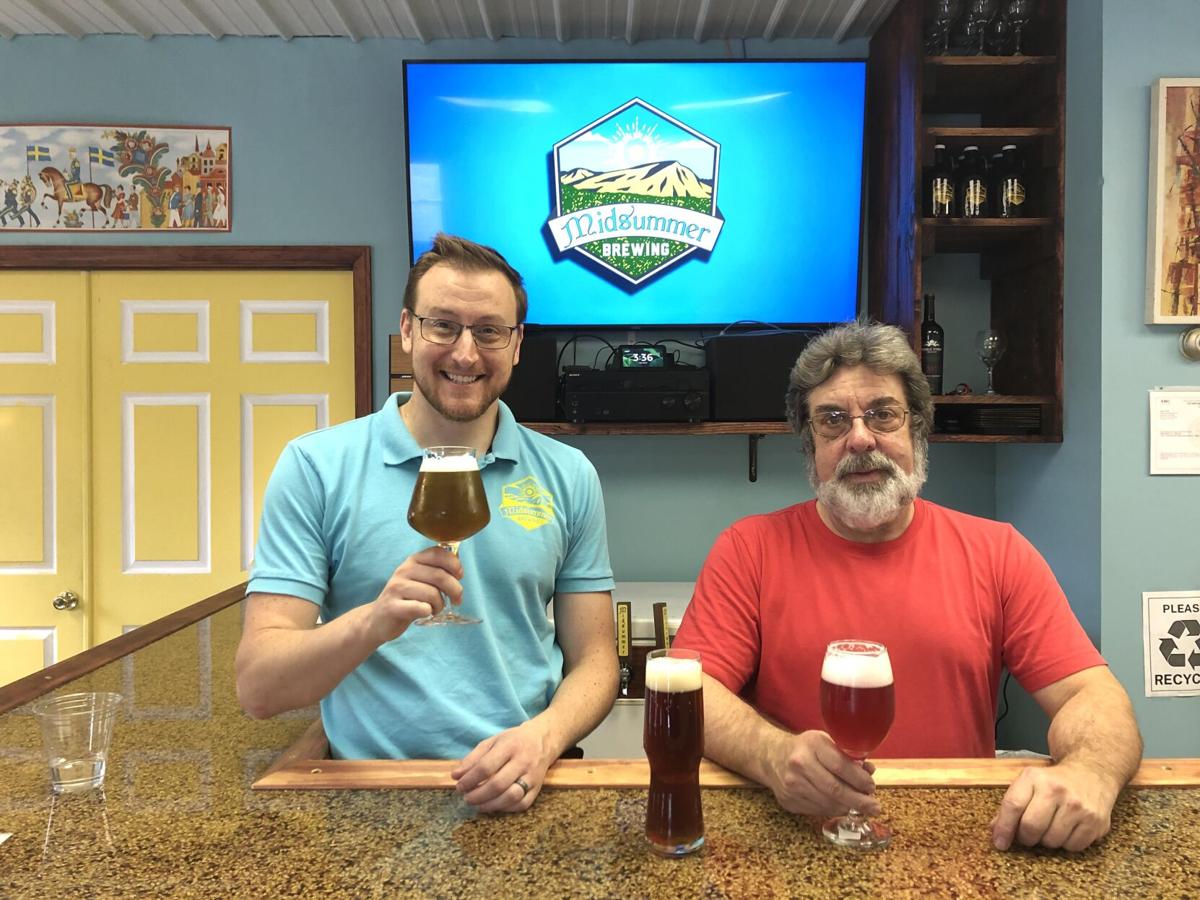 Jeff Noethlich and Rich Larsen, two of the partners at Midsummer Brewing in Westfield, in the taproom. 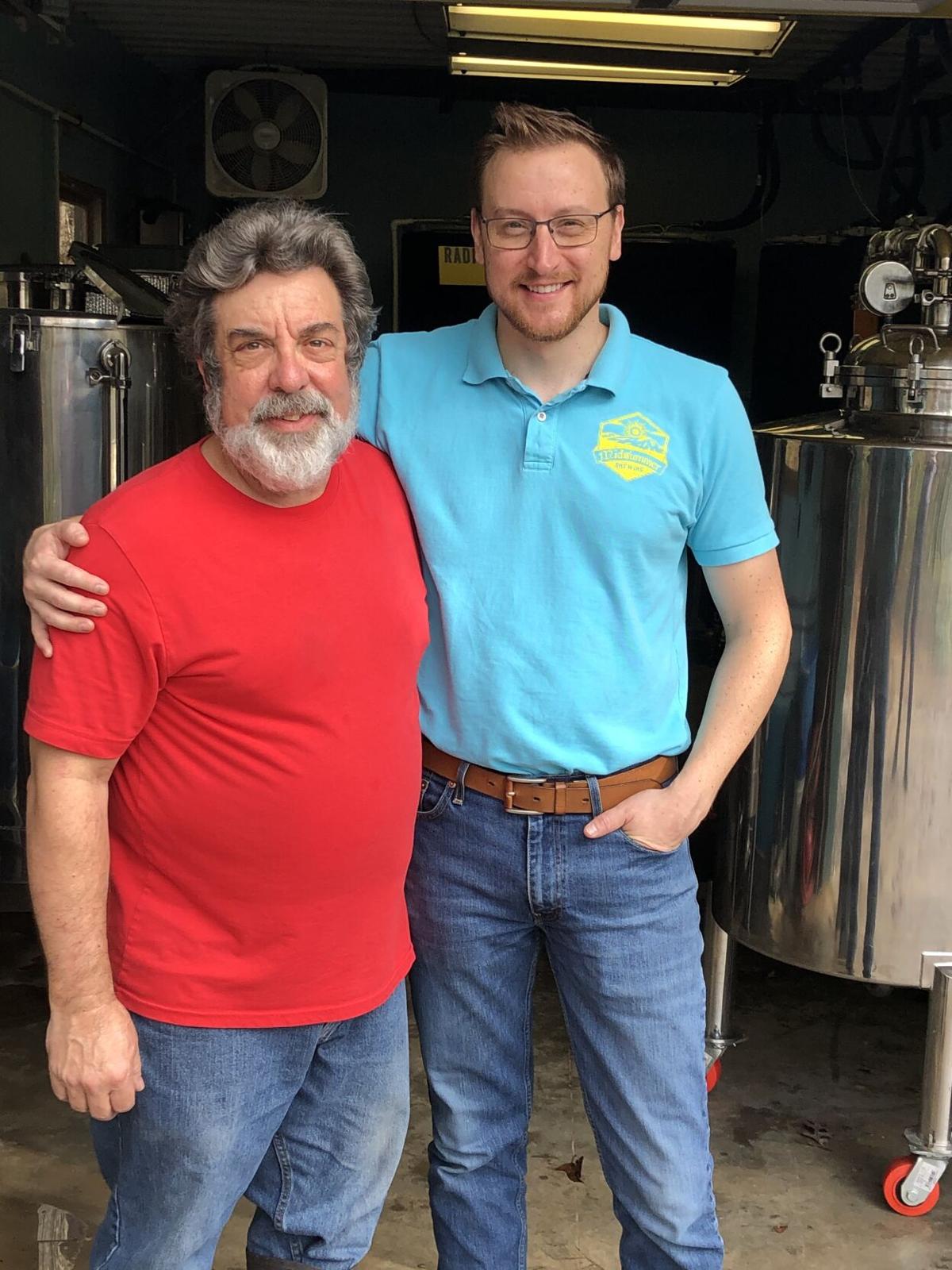 Jeff Noethlich and Rich Larsen, two of the partners at Midsummer Brewing in Westfield, pose in front of some of their brewing equipment. 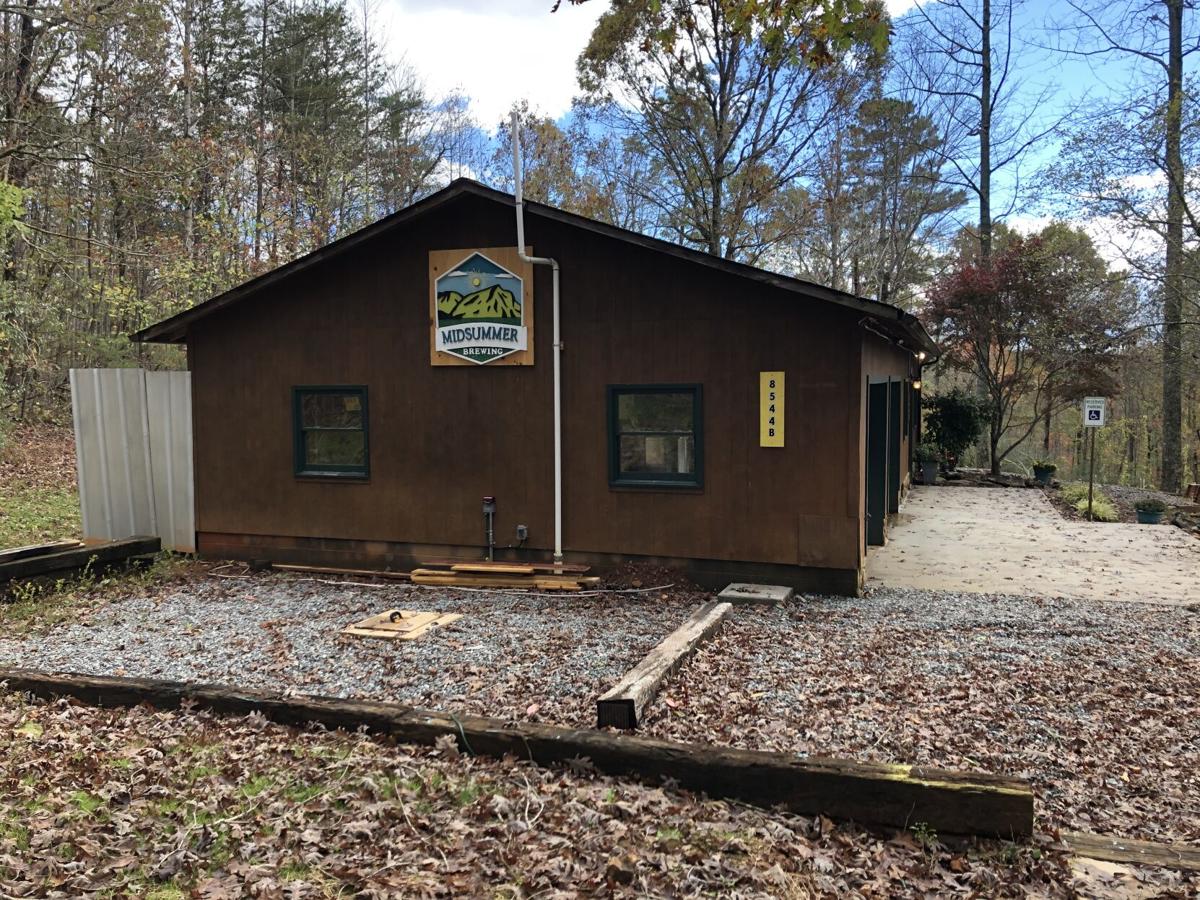 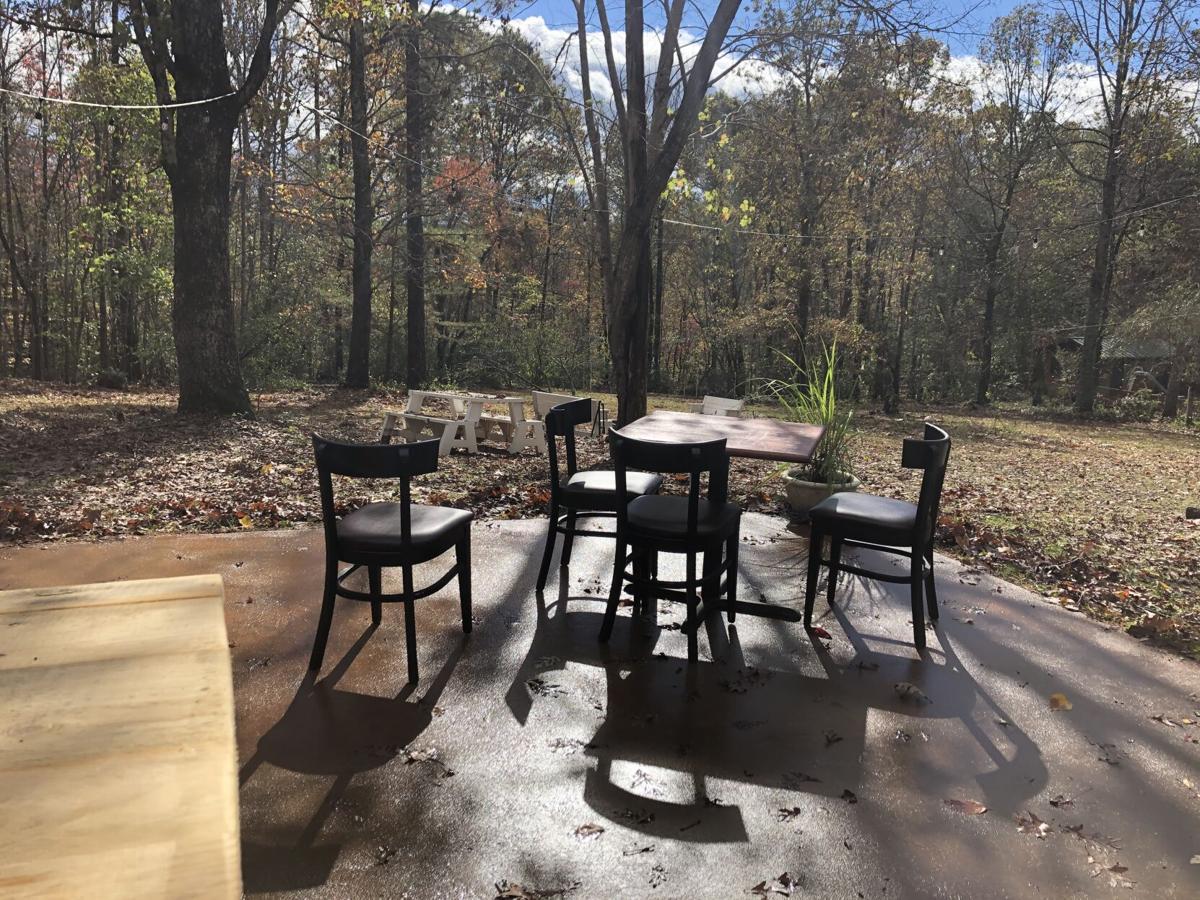 The patio at Midsummer Brewing in Westfield is adjoined by a yard space with additional seating for social distancing.

Three friends from Chicago have started a small brewery in Westfield — the first for this mostly rural community in Stokes County.

Jeff Noethlich, Dwight Hostert and Rich Larsen had been avid home brewers for years. Larsen has been brewing for 30 years.

They had talked about starting a brewery, but it wasn't until Noethlich moved to Westfield that the opportunity presented itself. The property that Noethlich bought for his family home just happened to have an outbuilding that was perfect for a small brewery.

"We spent the last two years building the production side," Noethlich said.  They now have a three-barrel system.

Midsummer Brewing Co. got its permits last December. It has been selling beer to such places as Lowes Foods' Beer Dens, East Coast Wings + Grill in Mocksville, Castle's Deli in King and Finnegan's Wake in Winston-Salem. But it just opened its taproom in September.

Noethlich and Hostert have other full-time day jobs, so Larsen runs the day-to-day operations.

"We generally have about eight beers out at any one time. But we have 20 recipes that we'll have out throughout the year," Noethlich said.

"Dwight and I really like Belgians. I'm more of the researcher, looking into recipes. Dwight likes to push the envelope," Noethlich said.

Here's a rundown of Midsummer's recent list of beers:

"We like to make a traditional beer more interesting with different flavors. So none of our beers are really eligible to be submitted for competition because they don't really fit the categories," Noethlich said. "But overall, we try to make beers that are very, very balanced."

Jeff Noethlich and Rich Larsen, two of the partners at Midsummer Brewing in Westfield, in the taproom.

Jeff Noethlich and Rich Larsen, two of the partners at Midsummer Brewing in Westfield, pose in front of some of their brewing equipment.

The patio at Midsummer Brewing in Westfield is adjoined by a yard space with additional seating for social distancing.