Y’All Company, based in Winston-Salem, is a partner in a new venture that showcases products from Appalachia.

The new venture is Appalachian Gold, a brand that focuses on shelf-stable products made with ingredients produced on former coal-mining land in West Virginia.

Appalachian Gold is a partnership with Y’All Company and T&T Organics, a farm owned by Jason Tartt in McDowell County, W.Va. They also are working with two nonprofits, Economic Development of Greater East in Vallscreek, W.Va., and Together for Hope, an organization based in Clinton, Miss., that helps with grants and fundraising.

“We want local communities to be proud to represent this brand,” Jason Tartt said in a statement. “For food producers, we support your work and want to make sure you can financially continue to do it with dignity because the agricultural system does not really have a handle on supporting small farmers, Black farmers, beginner farmers or people who do things on a small scale.”

McGee said he met Tartt about a year and a half ago through Together for Hope, when McGee was looking for a new manufacturing site. “Together for Hope helps to bring awareness to areas in poverty and to drive economic prosperity to those areas,” McGee said. “And we were looking for a facility, a place to manufacture our sauce in one of these areas.”

McGee became interested in Tartt’s story as a Black farmer in Appalachia and the fact that Tartt had started a training facility on his land to help other farmers in the area.

Appalachian Gold is beginning with one product called Mama’s Meat Sauce. “It’s a recipe that’s been passed down through Jason’s mother’s side of the family since the 1800s,” McGee said.

The sauce has a ketchup base with lemon and spices and a little bit of heat, McGee said. It originally was created to help break down meat for digestion for enslaved people not used to eating a lot of meat. Its current incarnation is suggested for use like a barbecue sauce.

Mama’s Meat Sauce can be preordered online. It will begin to ship in six to eight weeks.

More products to come include a pepper vinegar and hot honey. McGee expects those to be released later this year.

Tartt’s story recently was profiled on CNN’s United Shades of America in the episode “Black in Appalachia.”

McGee said that many of Appalachia’s rural areas lack the kind of thriving farmers markets that make such farm-based products a sustainable business model for small farmers.

McGee said that though Appalachian Gold initially will focus on ingredients and products from Tartt’s area of West Virginia, McGee and Tartt hope to eventually expand into other areas.

“We’re hoping to go all over Appalachia and highlight their stories and help them grow sustainable products,” he said.

Go to appalachiangold.com for more information. 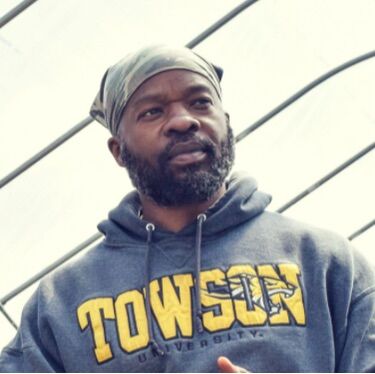