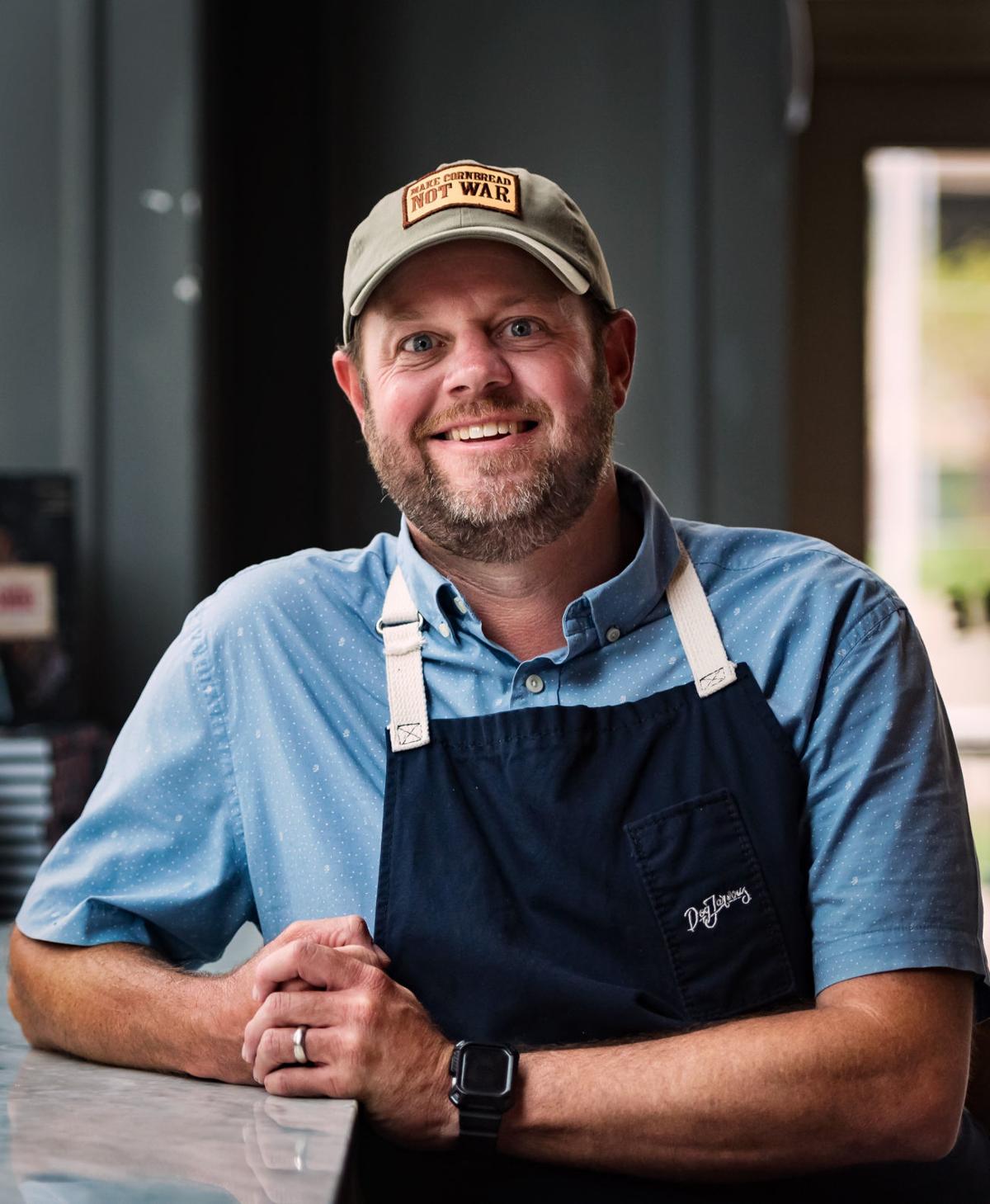 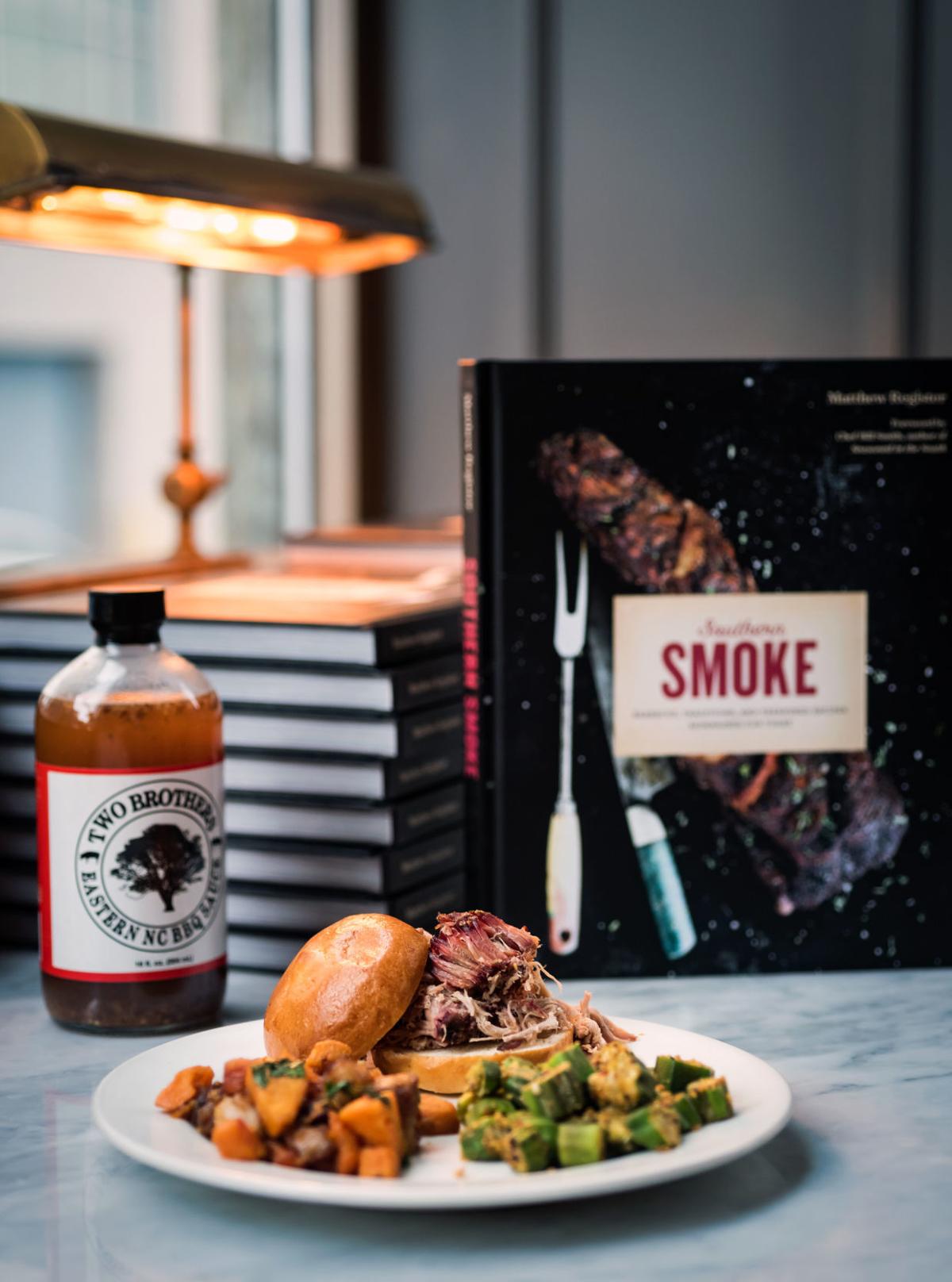 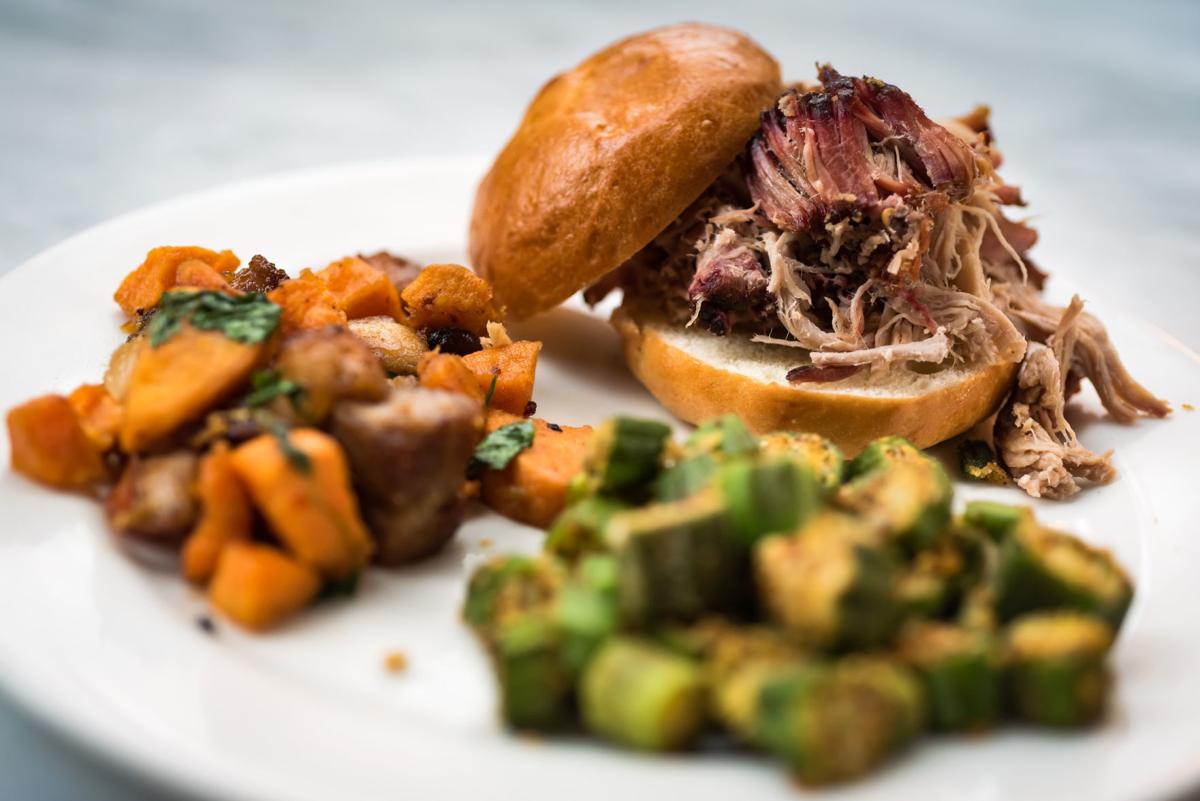 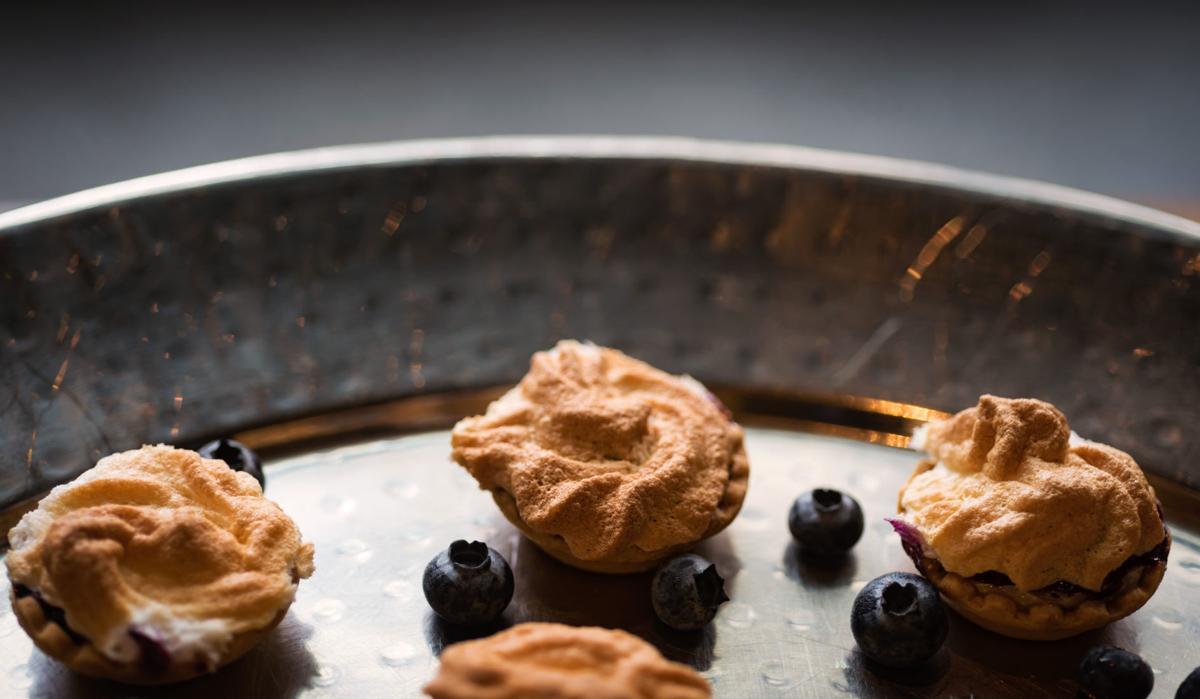 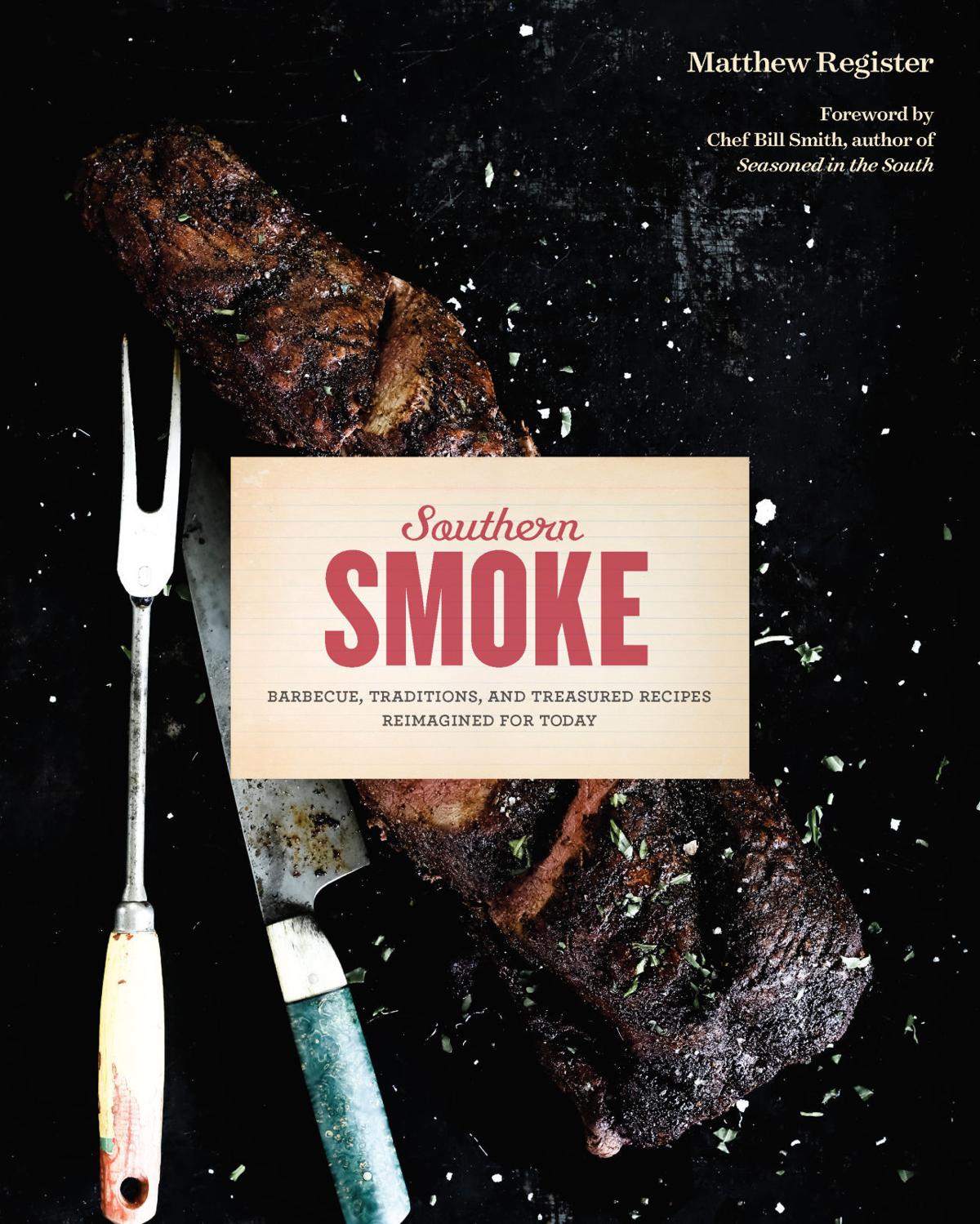 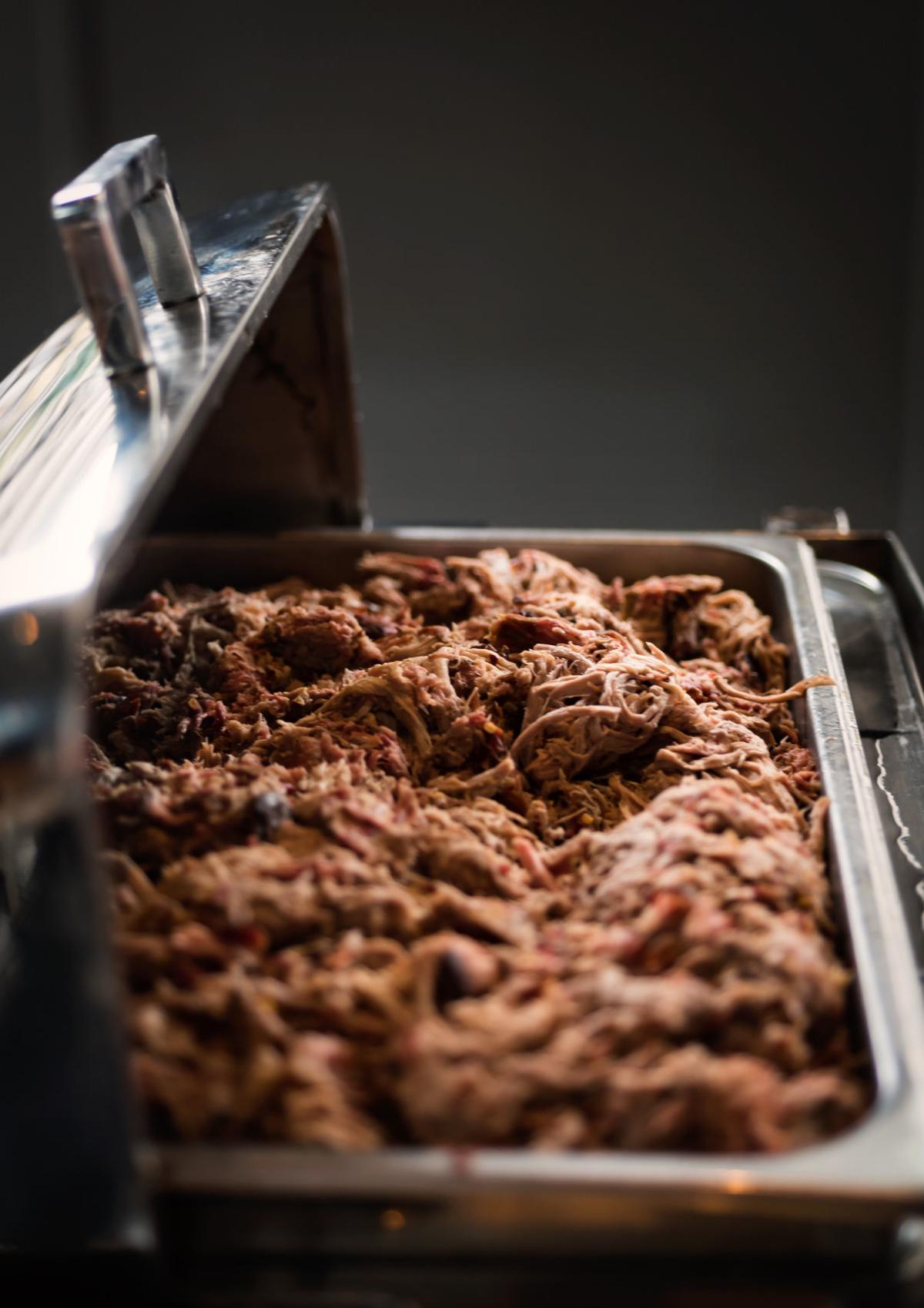 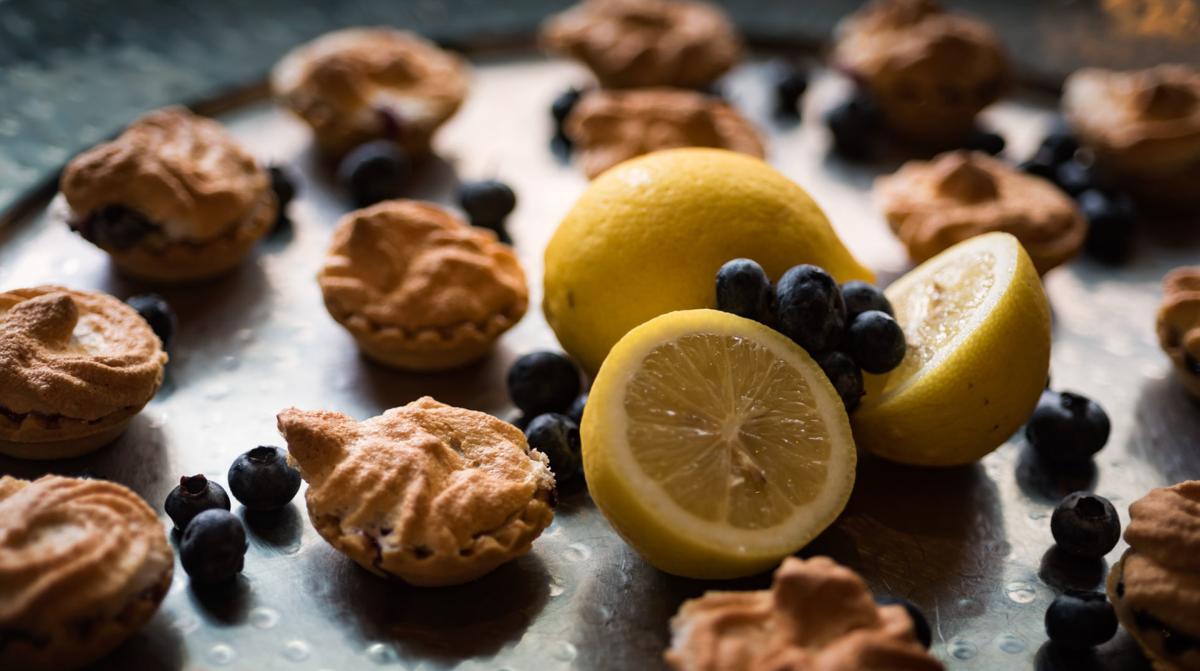 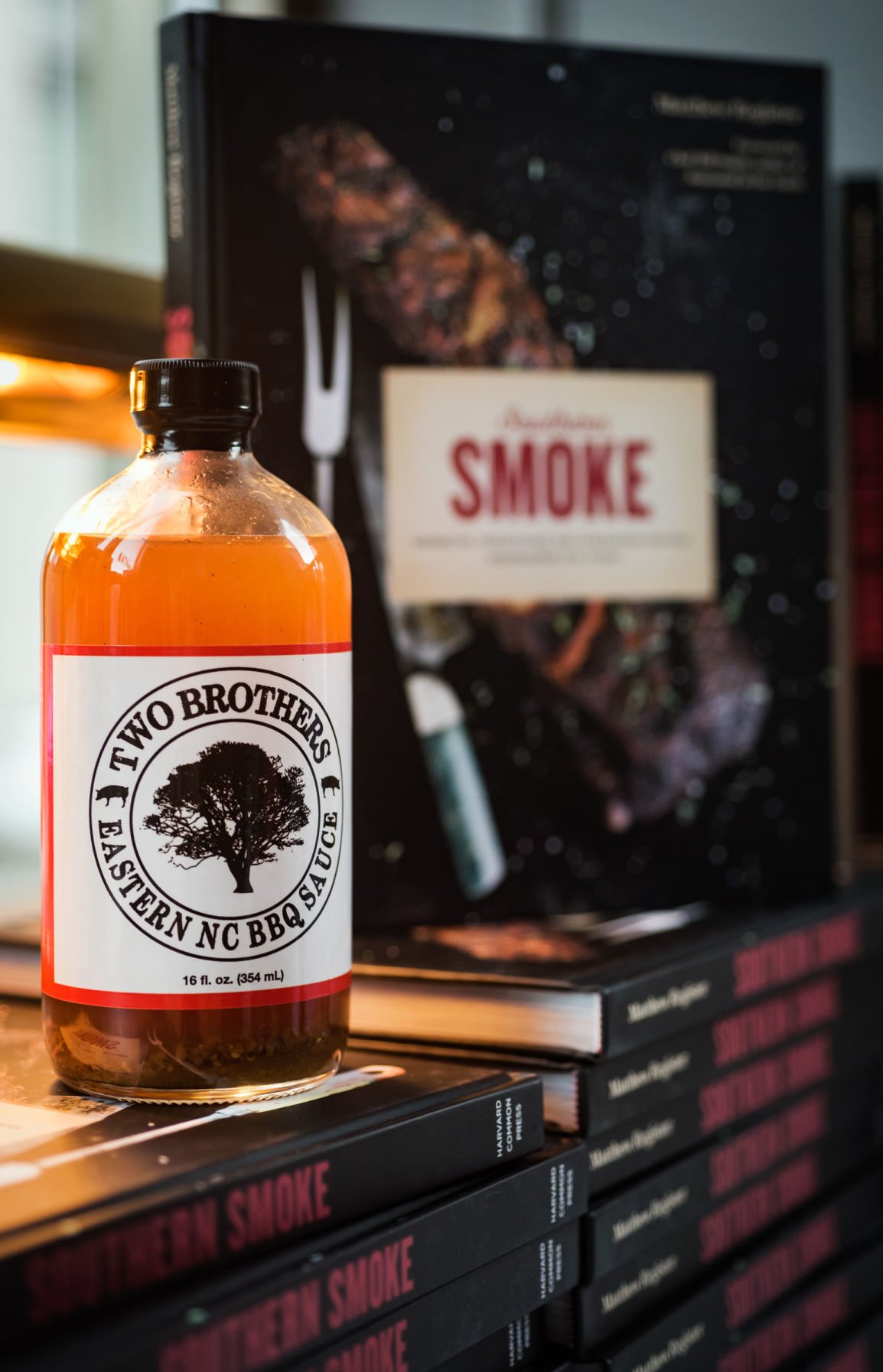 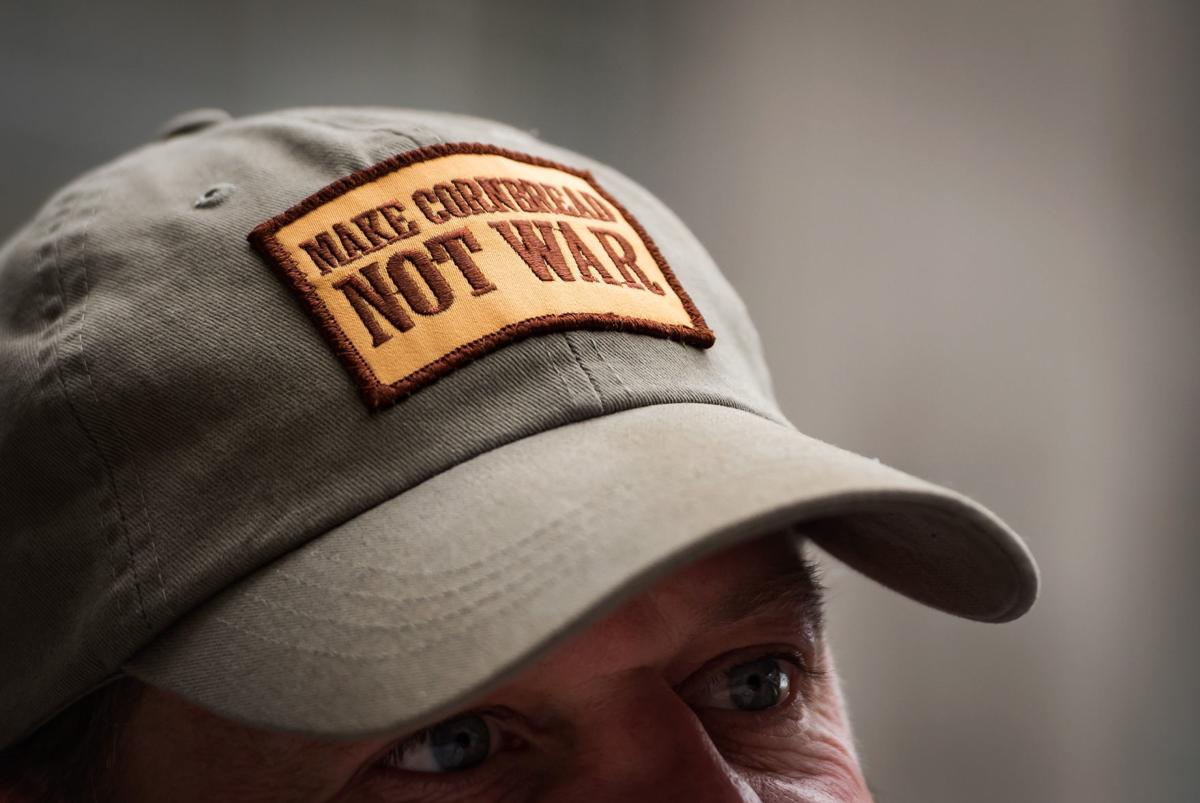 It’s hard to believe that Matthew Register opened Southern Smoke in the small town of Garland only five years ago.

And just 10 years ago, Register was an amateur playing around with wood and smoke in his back yard.

“I was a real-estate developer. I didn’t even really cook,” Register said. “I was the grill guy who liked to be outside with my beer, listening to music.”

That changed when he happened to pick up a copy of “Holy Smoke: The Big Book of North Carolina Barbecue” by John Shelton Reed and Dale Volberg Reed.

“I bought the book at the Barnes & Noble in Wilmington, took it back to our beach house and couldn’t put it down,” he said. “It changed everything. It got me into barbecue.”

Soon he was spending many hours of smoke-filled study and experimentation, learning all the nuances of the “low and slow” philosophy that is at the heart of great North Carolina barbecue.

He was drawn in part by the long history and tradition of barbecue in the state.

“Our North Carolina barbecue tradition dates to seven years before the Boston Tea Party,” said Register, who was in Winston-Salem last week to promote his cookbook and cook for a dinner at the Katharine Brasserie & Bar.

In 2014, Register and his wife, Jessica, opened Southern Smoke BBQ restaurant in downtown Garland. “The first restaurant I ever worked in is the one I own, except for working in a bagel shop for six months when I was in college,” he said.

Garland is a town of 600 people in Sampson County, about 50 miles west of Wilmington. It’s the same county where Register has lived all of his 39 years. “I grew up in Harrells, a town of 300 and moved 12 miles away to Garland, a town of 600,” he said with a laugh.

Within a year of opening, Southern Smoke became a destination in tiny Garland, drawing barbecue fans from Fayetteville, Raleigh and beyond.

Register got a break when his contacts at the N.C. Pork Council asked him to cook live for the Today show a few years ago when it was filming at a bluegrass festival in Raleigh. Since then, he has been featured in Southern Living and Garden & Gun.

Now, people make pilgrimages to Garland to eat at Southern Smoke. “The other week, a guy drove three hours to sit there and eat for 30 or 45 minutes. I’ve been very blessed.”

Folks at Harvard Common Press offered him a book deal after reading an article in which he talked about how much he likes to research old recipes.

In “Southern Smoke: Barbecue, Traditions, and Treasured Recipes Reimagined for Today,” (Harvard Common Press, $25), Register does not limit himself to N.C. barbecue, but also explores barbecue styles in other parts of the South — and the book is organized accordingly.

Chapters carry revealing subtitles. For North Carolina, the subtitle is “pork, vinegar and collards.” For the Southern Bakery chapter, it’s “flour, cornmeal and butter.” This isn’t strictly a grilling or barbecue book — even though it has a 20-page section on “barbecue basics” — but one that encompasses Southern cooking in all its glory with recipes that mostly stick to the classics. It also reflects Register’s fondness for not only North Carolina cuisine but also that of South Carolina’s Lowcountry and Memphis and the Delta.

When it comes to barbecue, Register’s is definitely Eastern style because of his sauce. But, unlike most Eastern pitmasters, Register cooks pork butts or shoulders instead of whole hog because it results in less waste. And he admits to liking both Eastern and Lexington or Western styles.

Register is one of a handful of younger N.C. pitmasters getting widespread attention. Others include Sam Jones of Sam Jones BBQ in Winterville (a few miles from his family’s Skylight Inn in Ayden), Wyatt Dickson of Picnic in Durham and Elliot Moss of Buxton Hall in Asheville.

They stand out in a crowd of generally older pitmasters, at a time when some of North Carolina’s iconic barbecue joints are closing. Recent losses of such places as Wilber’s in Goldsboro and Allen & Son in Pittsboro have some barbecue lovers worried that this centuries-old tradition may disappear.

The likes of Register, Jones and company, though, provide some reassurance that N.C. barbecue is alive and well, and Register himself seems generally optimistic.

“I think barbecue in North Carolina is still in a good place,” Register said, “because there’s some new blood.”

It’s also evolving, ever so slightly. “People like Elliot (Moss) and I are honoring old traditions, but we’re also doing new things.”

He said it is “scary” when a great barbecue place closes.

“But I don’t think we should hit the panic button just yet,” he said. “Barbecue is who we are.”

1. Preheat the oven to 350 degrees. Dice the sweet potatoes into ½-inch pieces. (You should have 3 cups of diced sweet potatoes.) Transfer the potatoes to a 3-quart casserole dish, cover with foil, and roast for 30 minutes, or until tender but not completely fork-tender. Set the potatoes aside and turn off the oven.

2. Cut the pork belly into 1-inch pieces. (You should have about 2 cups.) In a 10-inch nonstick skillet over medium heat, cook the pork belly for about 5 minutes, or until it starts to brown.

3. Add the brown sugar and sweet potatoes. Continue cooking for 4 minutes more, or until the sweet potatoes become fork- tender. Add the cinnamon, ginger, nutmeg, parsley, and sea salt. Stir to combine and cook for 2 minutes more before serving.

½ teaspoon salt, or more to taste

1. In a large cast-iron skillet, heat the vegetable oil over medium-high heat, making sure you have enough oil to completely cover the bottom of the pan.

2. When the oil is hot enough that cornmeal sizzles when sprinkled in, add all the okra to the pan. Sprinkle the okra with the paprika and pepper and stir with a wooden spoon. Cook for 1 minute, then sprinkle the cornmeal over the entire pan of okra and stir until each piece of okra is coated. Cook for an additional 4 minutes, or until the okra is golden brown. Transfer the okra to a paper towel to drain. While the okra is still hot, season with salt and serve.

Note: It’s important that you don’t add salt until the okra is completely cooked. If you add salt to the okra early, it will pull moisture out and make the okra soggy. With this recipe, you are looking for a crunchy bite of okra.

In a mixing bowl, combine the lemon zest with the egg yolks, condensed milk, blueberries, and lemon juice. Stir just until the mixture thickens, then pour into the blind-baked pie crust and set aside.

2. To make the meringue, combine the egg whites and cream of tartar in the bowl of a stand mixer or a separate mixing bowl and beat over medium speed until the mixture becomes stiff. Add the sugar, pouring it in gradually while the mixer continues to beat the egg whites. Continue to beat until the mixture begins to form stiff peaks. Spoon the meringue on top of the pie, spreading it evenly and piling it as high as you can get it.

3. Bake the pie until lightly browned on top, about 8 minutes.

4. Let the pie cool to room temperature, or at least for an hour, before slicing and serving.

As the coronavirus pandemic stretches into its third season of 2020 and threatens to stretch into 2021, restaurants continue to struggle with …

Here is a selection of wines I've tasted recently, roughly in order of preference: