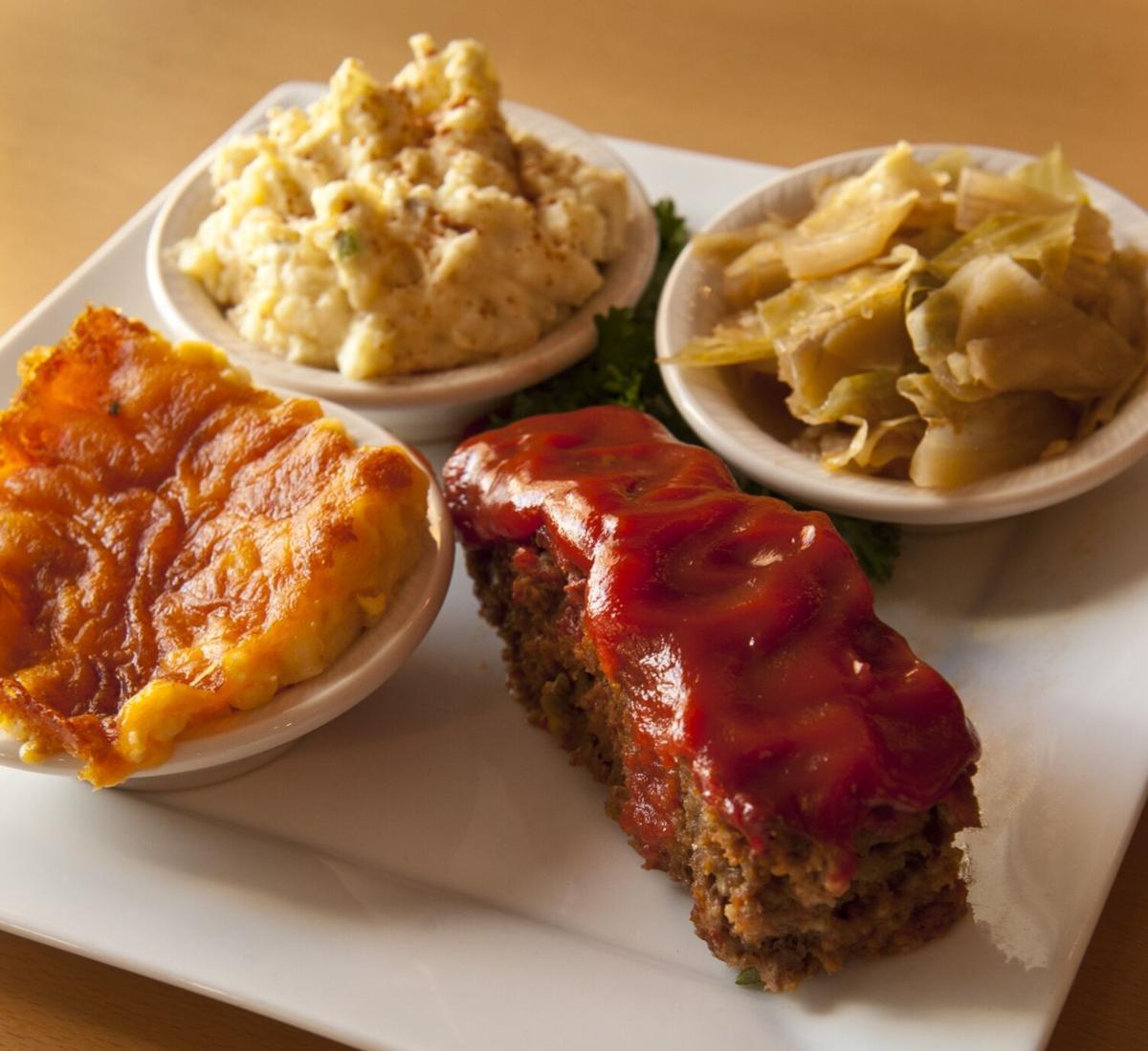 A meatloaf plate with macaroni and cheese, potato salad and cabbage from Simply Sonya’s in the Best Western on University Parkway. 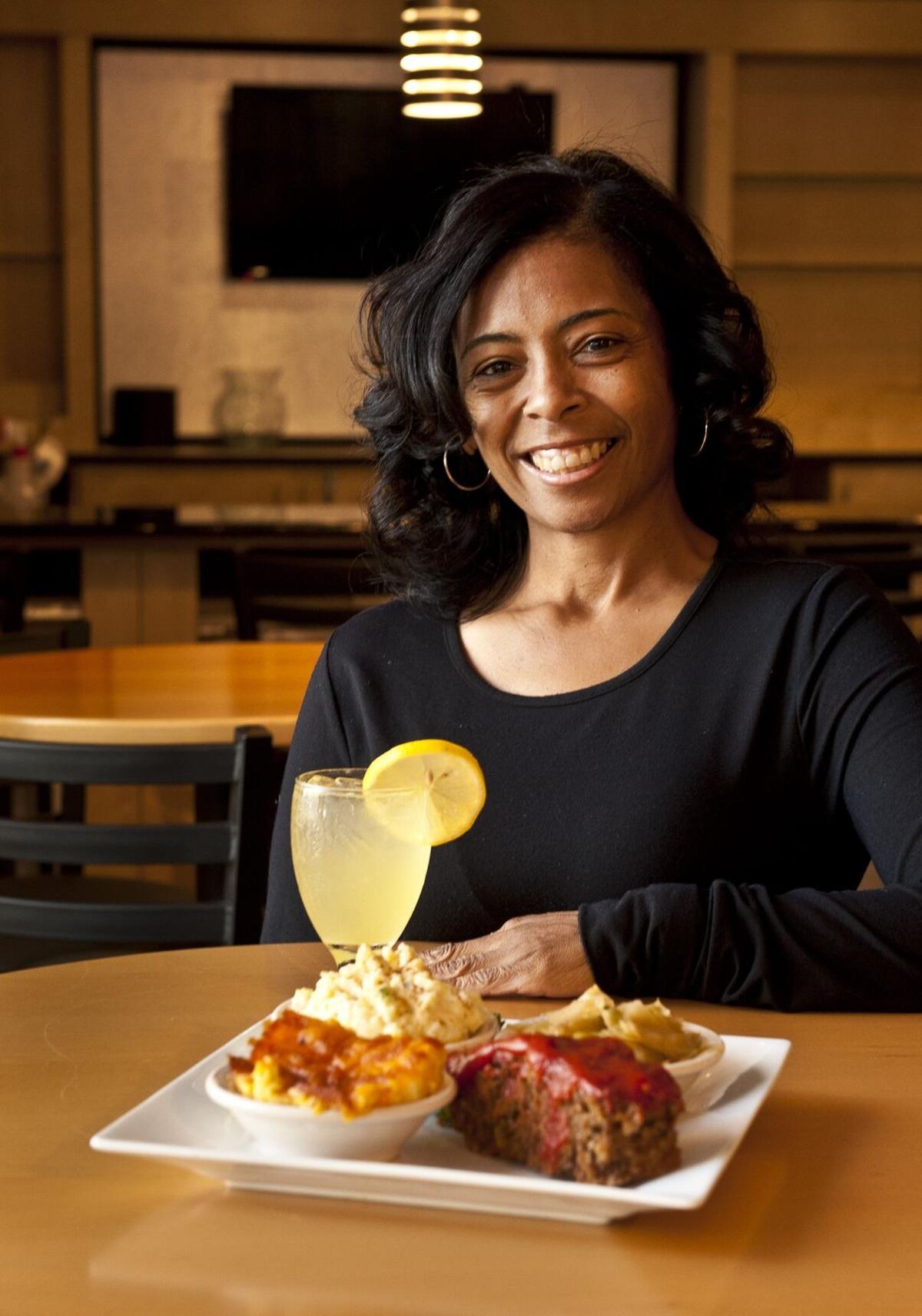 Sonya Waddell opened her new restaurant, Simply Sonya’s, in the Best Western Plus on University Parkway. 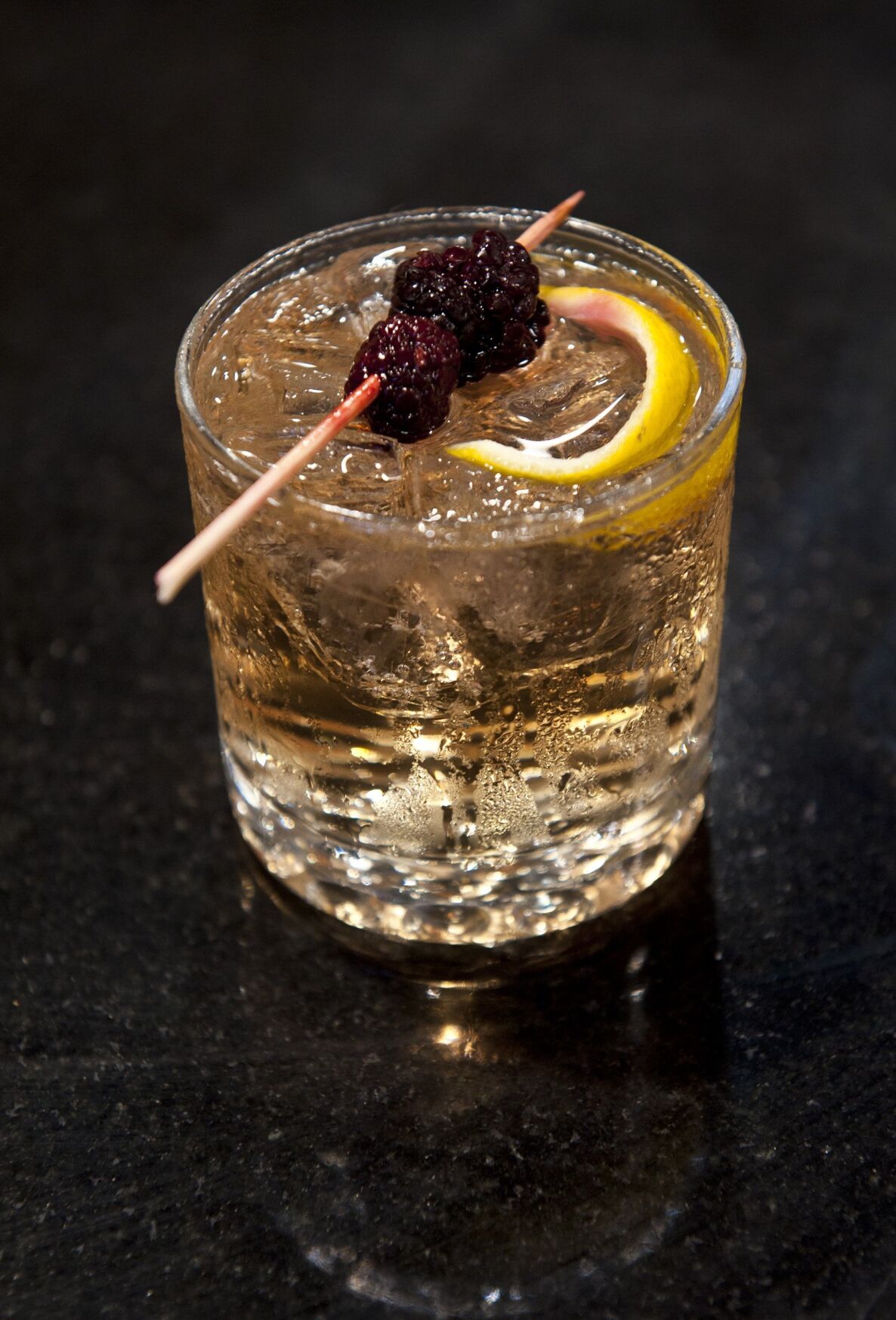 The Deacon cocktail, which includes Jim Beam, triple sec, sour mix and ginger ale, is one of several offered at Simply Sonya’s. 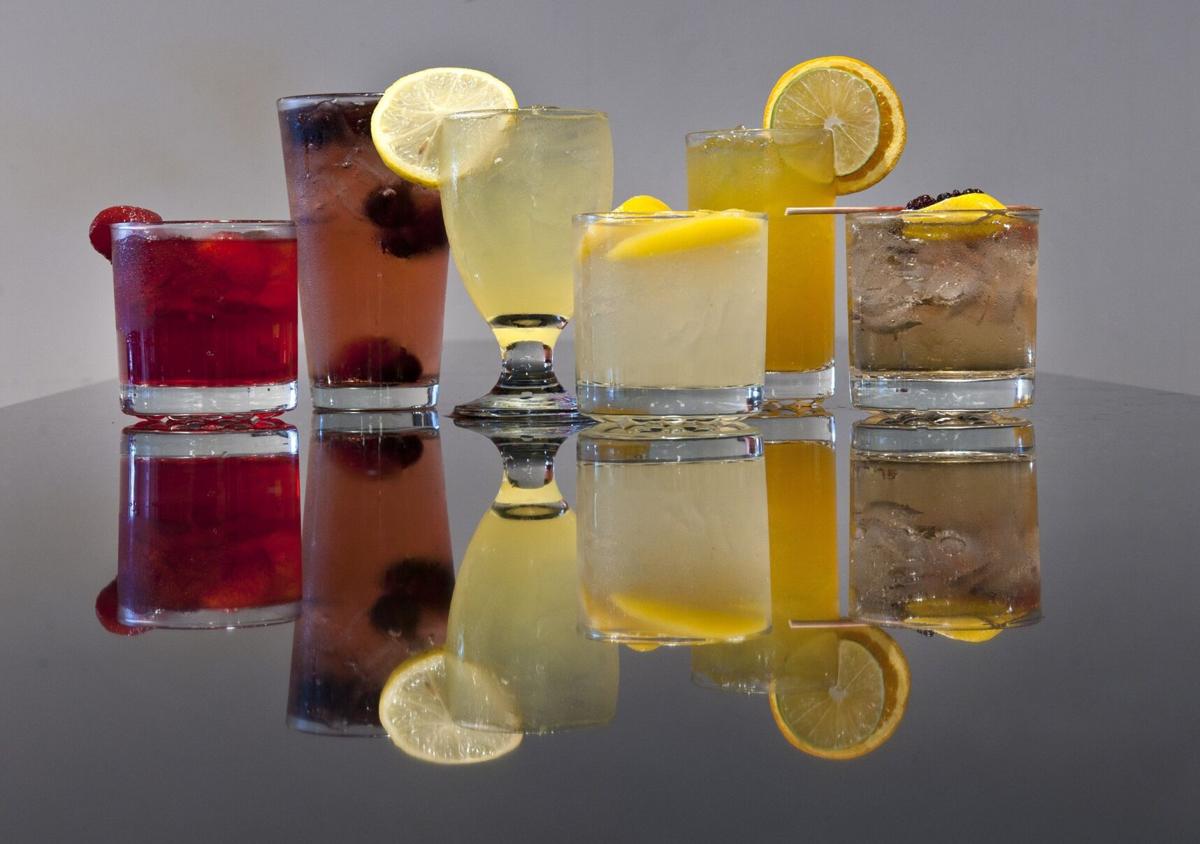 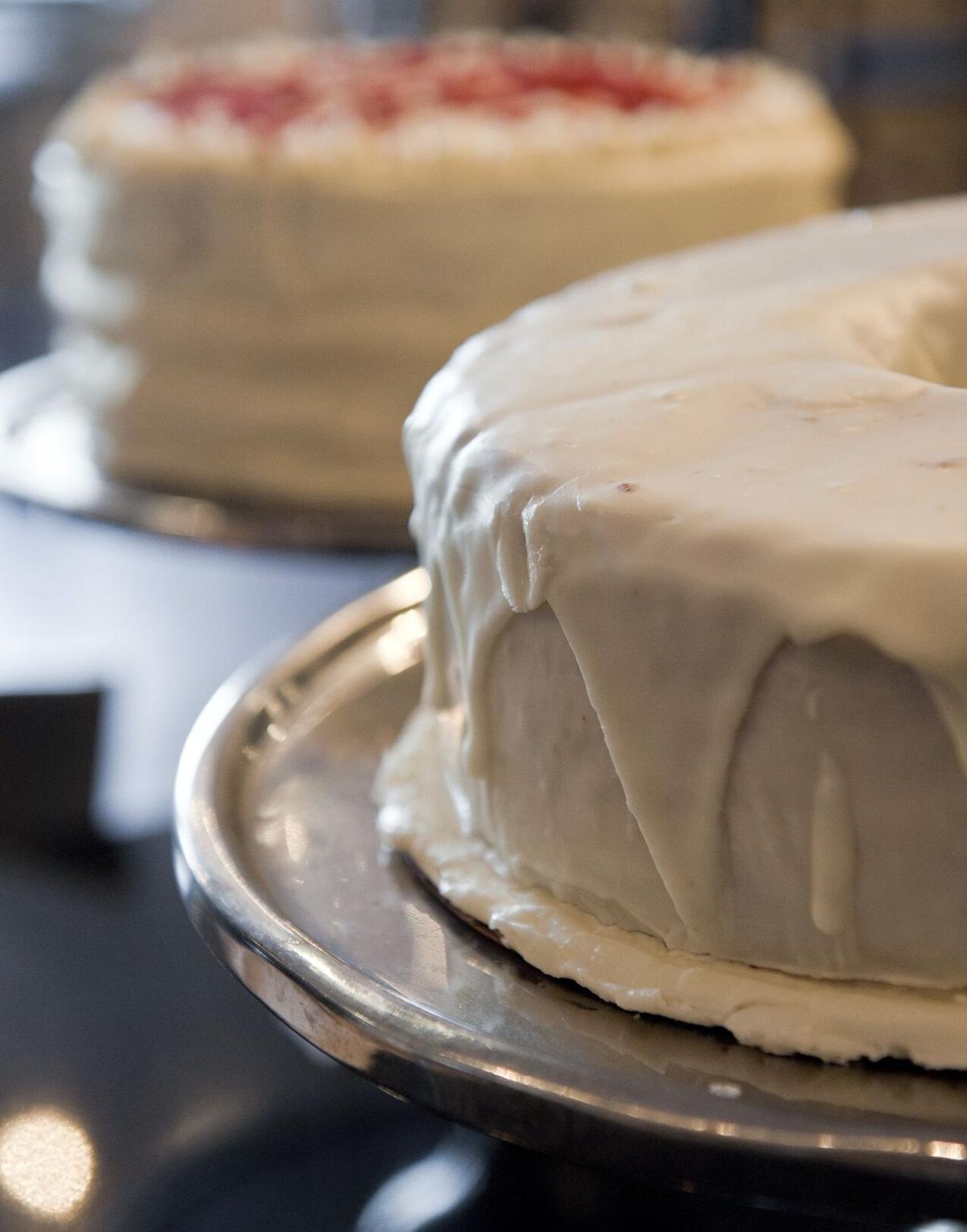 Simply Sonya’s opened Nov. 19 at 3050 University Parkway inside the Best Western Plus that lies between Joel Coliseum and the campus of Wake Forest University.

It is a slightly more grown-up version of her Simply Soul Restaurant at 4339 S. Main St. “We’ve jazzed it up a little,” Waddell said. “But the main difference is the bar menu.”

Waddell and her former husband opened Simply Soul in 2012, serving such soul-food favorites as fried pork chops, meatloaf, mac ’n’ cheese and collard greens. After the two parted ways, Waddell took over the restaurant in 2016 and has run it herself ever since.

Waddell said she grew up watching her mother cater at church and for family and friends. “I was her little sous-chef. That’s how I kind of got into it,” Waddell said. “I just fell in love with the whole thing. Everything I’m doing in life right now is a tribute to her. My mom was a single mom with five kids. She had a full-time job, raised us and did catering as a side job.”

She remembers when as a child, her siblings spilled the beans about who Santa Claus really was. “When I realized Mama was buying all those toys, and that her catering paid for it, that made me appreciate the value of hard work,” Waddell said.

Waddell said she almost opened a second restaurant five years ago – in the very same space. “When the new owners bought this and they were renovating it, I looked at it – but then they decided to go in another direction,” she said. “The timing just wasn’t right.”

But when she saw that the spot was available again, the deal came together quickly, she said. “I knew them from before. They knew what I wanted to do, so there was a quick turnaround.”

Simply Sonya’s is open for lunch and dinner daily. The hotel continues to use the dining room in the mornings for its free continental breakfast, but Waddell is not involved with that.

The restaurant seats about 70 and will have the same menu for lunch and dinner, though many items are offered in small and large portions.

Beverages include tea, lemonade and the Bray Boy (red Kool-Aid and lemonade).

Waddell is planning to have live music — either a solo act or small combo — at least once a month. She also is planning a grand opening with a ribbon-cutting ceremony on Dec. 12.

A meatloaf plate with macaroni and cheese, potato salad and cabbage from Simply Sonya’s in the Best Western on University Parkway.

Sonya Waddell opened her new restaurant, Simply Sonya’s, in the Best Western Plus on University Parkway.

The Deacon cocktail, which includes Jim Beam, triple sec, sour mix and ginger ale, is one of several offered at Simply Sonya’s.