Lo and Chef Chao Nguyen opened Sampan at 985 Peters Creek Parkway on Oct. 15, 1991. Lo is a native of Hong Kong, where her family was in the restaurant business, and she lived in New York, Boston and Philadelphia before coming to North Carolina. She moved to Charlotte because one of her brothers lived there, and before long she began to look for a restaurant of her own to open.

While in Charlotte, she heard that the space in Winston-Salem was available and decided to lease it.

Lo brought with her, Chau Nguyen, a Vietnamese refugee who had mastered Chinese cuisine and with whom Lo had worked in Charlotte.

Nguyen originally was a partner in the restaurant, but Lo bought him out around 2002. “He was happier just cooking,” Lo said.

Sampan thrived for years, with many diners calling it their favorite Chinese restaurant in town. Part of its success has been Lo and Nguyen’s work ethic. “For the first 20 years, I worked seven days a week,” Lo said. “For the last 10, I worked six days.”

But eventually its fortunes began to wane. “Peters Creek used to be a lot better,” Lo said. “Years ago, this street was really busy.”

Still, the ever affable and energetic Lo carried on. Lo understands customer service. You had to come in only once for Lo to remember you. Most of the time, Lo’s was the first and last face a customer saw at Sampan.

That became especially true in later years as the clientele dwindled, many leaving to newer, spiffier areas of town and competing restaurants. Slow days became more frequent. Sometimes in the middle of lunch or dinner service, there would be just one or two tables occupied.

Then came the coronavirus pandemic.

Lo closed the dining room for about six months in 2020. But even two years after fully reopening, the restaurant hasn’t recovered.

During this time, Lo and Nguyen became the entire staff. “I was waitress, kitchen helper, dishwasher, everything,” Lo said with a laugh.

Even now, business is slow enough that she and Nguyen do almost all the work, sometimes with an assist from Nguyen’s teenage son.

Still, Lo has no complaints. She had a good run.

She fondly remembers all the repeat business she would get from Wake Forest students from China. “They gave me a lot of support. Sometimes they were in here five days a week. Especially on weekends, you could hear all the people speaking Chinese,” she said with a smile.

Though Sampan had the usual milelong menu of favorites found at nearly every other Chinese restaurant in town, it also had an “extended authentic menu” for which every dish had an accompanying color photo to help guide and entice the uninitiated.

“We always had the extended authentic menu. A lot of it was dishes people asked me for, like chicken feet, or pig’s feet – I never would have put that on the menu myself,” she said with a laugh.

Other popular items on the extended authentic menu were the Chinese eggplant, string bean delight with pork, ginger beef with scallion, Hong Kong BBQ pork, and the shrimp-stuffed tofu.

Of course, a lot of people came for the more common items, too, including fried rice, hot and sour soup, General Tso’s chicken, pork lo mein and crispy scallion chicken.

Lo is too much a master of customer service to ever deny a customer a request — no matter how desperately she wished they would try something from the extended authentic menu.

Lo doesn’t look her 70 years. She could keep working, but she said that now seems like a good time to retire.

Nguyen, 62, probably will keep cooking, but he has no definite plans. “Maybe one more year,” he said.

Lo doesn’t have plans either. Maybe she’ll take up gardening, she said. Or maybe she’ll try Chinese calligraphy, pointing to the two framed examples done by her father that hang in Sampan’s foyer.

In the last 30 years, Lo hasn’t had time for anything besides the restaurant. Her husband passed away in 2006. She never had children, and she doesn’t have any family members in the area. Two brothers are in California, but she would prefer to stay here.

“I’m worried because I have no hobby. But I’m still very energetic,” she said.

“I’m going to miss my customers.”

WATCH NOW: Sampan will close its doors after almost 31 years

Shakira to stand trial on tax fraud charges in Spain

Post Malone returns to the stage after recent fall

Post Malone returns to the stage after recent fall 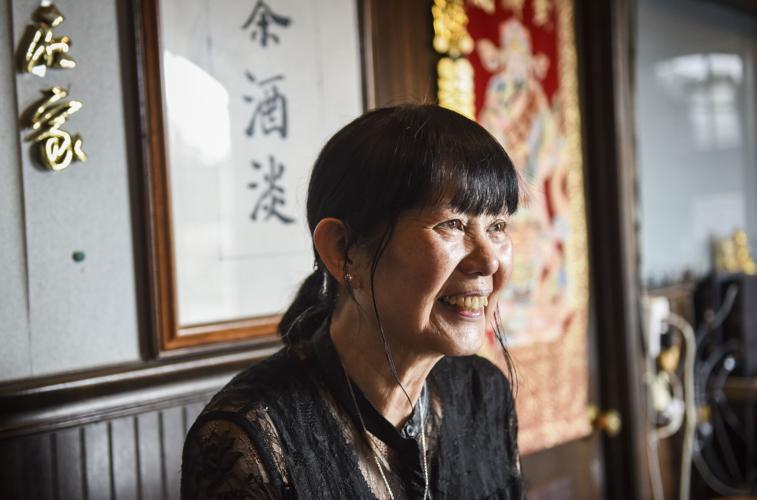 Sandy Lo, owner of Sampan Chinese Restaurant, smiles recently at her restaurant at 985 Peters Creek Parkway in Winston-Salem. Sampan is closing at the end of September after 31 years. 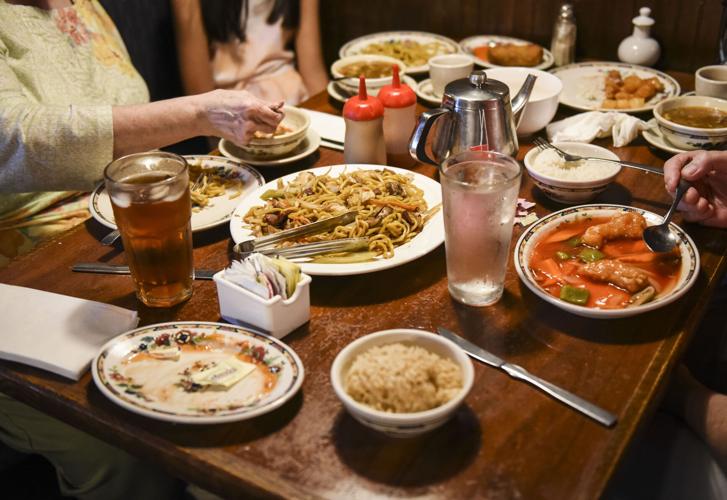 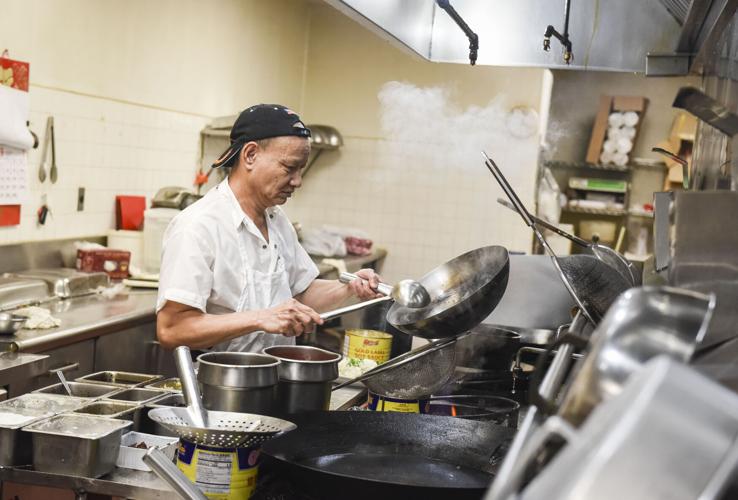 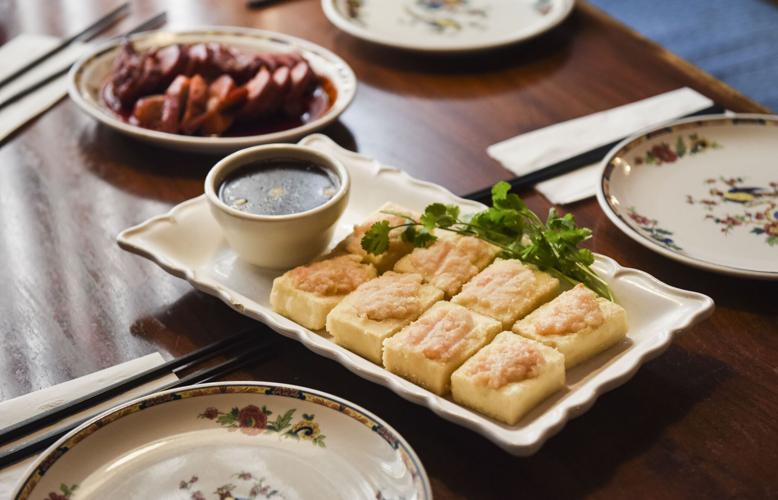 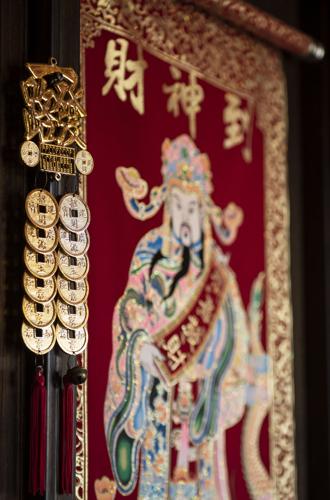 Decorations welcome customers as they walk into Sampan Chinese Restaurant in Winston-Salem. 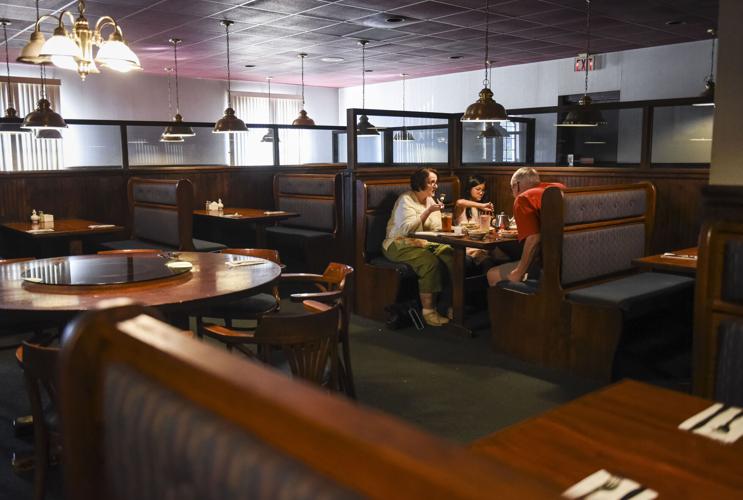