More than 25 years after opening its doors, The Carving Board still draws in crowds for its signature spicy sesame noodles, chicken salad, roast-beef sandwiches and more.

This family business — in an outparcel building near Juice Shop Smoothies in Thruway Shopping Center — has a devoted core of loyal customers that has kept it going even through the trying recent years of the coronavirus pandemic.

Iru Rose and her son-in-law, Alex Lawson, had a deli in Brewster, N.Y., when Lawson’s wife, Vilja, was transferred down here by PepsiCo. When that happened, Alex Lawson and Rose decided to bring the business down here, too.

Rose also invited her two other daughters to come help. Anita Wright and Krista Ackert, then young adults, helped their mother and brother-in-law open the business and have been there ever since.

Wright remembers that ice and snow complicated their initial opening in February 1996. Being from New York, they didn’t understand North Carolinians’ reluctance to go out at first. “Eventually, we had a (free) tasting,” Wright said, “and some of the same people are still coming today.”

“We considered this a gourmet deli — our logo said ‘creative cuisine to go’ — because we made everything from scratch,” Ackert said. “And we also sold everything by weight. It was a different concept. A lot of people weren’t used to that back then. In a way, we had to train our customers.”

Just a month after opening, The Carving Board received a three-star, or very good, rating from then Journal reviewer Candide Jones. “I remember she didn’t like the beef stew,” Wright said with a chuckle.

But Jones liked just about everything else, praising the sesame noodles, tuna salad with cranberries, and pasta salad with sun-dried tomatoes and feta cheese. “The next day, the (display) cases were bare,” Wright said, because they got mobbed by customers who had read the review.

All of those items are still on the menu. In fact, almost everything on the menu back in ‘96 is still served today by customer demand. “God forbid if we run out of spicy noodles,” Ackert said. “We probably go through 40 pounds of that a day. And probably more of the chicken salad.”

Their mother, now 82, retired years ago. When Lawson retired in 2017, Wright and Ackert became the two owners.

Now, a new generation is lending a hand. Evan Lawson, Chris Wright and Clayton Ackert now run the kitchen. “The three cousins — we call them the three stooges — run the kitchen,” Wright said.

“They kind of saved us,” Ackert said, referring to staff shortages that have plagued The Carving Board and just about every other restaurant in town since the pandemic began.

The Carving Board shut down in March 2020 for about seven weeks, then reopened for takeout only, then later for dining in.

But much of the staff has turned over in the past three years, and a “Now Hiring” sign seems to be a permanent fixture in the restaurant’s window.

Wright and Ackert said the regular customers kept them afloat. “I feel like it’s getting back to normal,” Wright said.

Lines aren’t unusual at lunchtime. They added online ordering during the pandemic. “But the phone still rings all day long,” Ackert said.

She said that plenty of people have returned to dining in, though they may do a bit more takeout than they used to do.

Still, it’s that core of customers they still rely on, coming in for their favorite sandwich, salad or dessert.

The Carving Board cooks its own beef, turkey and corned beef for sandwiches that customers can customize. The chicken salad starts with trimming and cooking chicken breasts from scratch.

The display cases hold more than a dozen salads, still sold by the pound ($7.95 to $12.95). They include chicken, tuna, orange-raspberry beets, macaroni, Mexican pasta, feta pasta, potato, cucumber and fruit.

The list of sandwiches and salads is unchanging, but The Carving Board also has a short dinner menu — mostly meant for takeout since the restaurant closes no later than 6 p.m. each day.

That changing dinner menu — usually ready by midafternoon — typically has one chicken, such as cutlets in lemon sauce, and one seafood, such as citrus and herb baked salmon. Crab cakes and shrimp are usually available every Friday. The menu includes a few sides, too, such as roasted potatoes, julienned vegetables or broccoli salad.

They also make a couple of soups every day, including lemony chicken, creamy tomato basil and New England clam chowder.

The Carving Board really hasn’t changed much from the way it operated in 1996. For some restaurants that can be a death knell. But for The Carving Board, it seems to be what keeps customers coming back.

“I think it’s the consistency of the food,” Ackert said, when asked about the restaurant’s success.

Wright added: “And because it’s all freshly made.”

PHOTOS: The Carving Board

WATCH NOW: A peek inside The Carving Board

Hocus Pocus 2: They're Back (Spot) 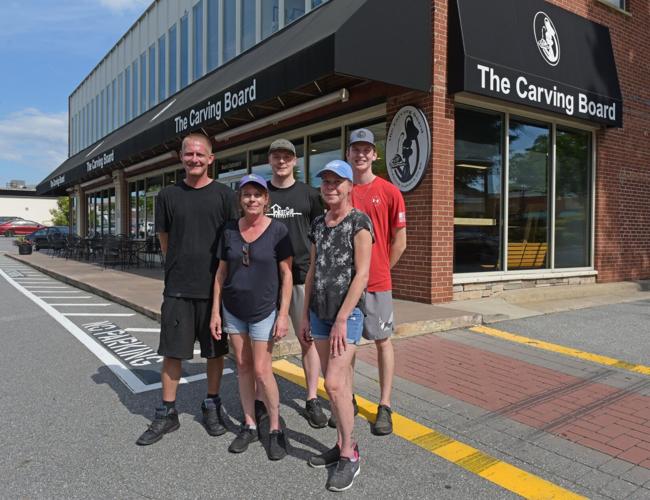 The Carving Board owners Anita Wright and Krista Ackert with (back from left) Evan Lawson, Chris Wright and Clayton Ackert. 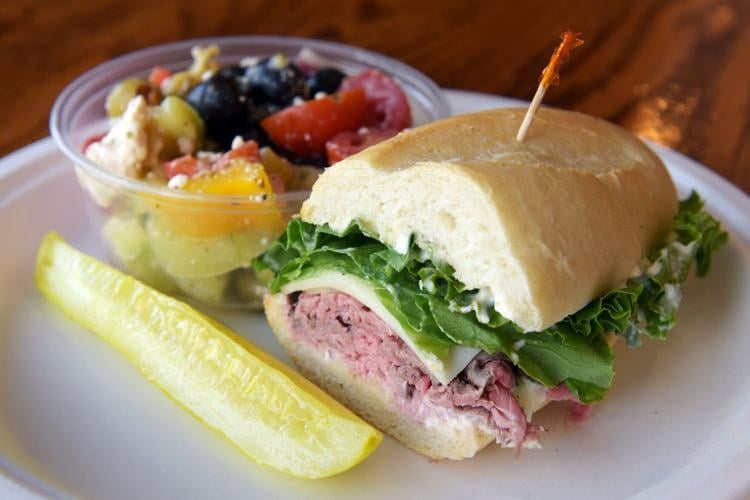 The Carving Board’s half of roast beef sandwich with a side of Greek salad and pickle spear. 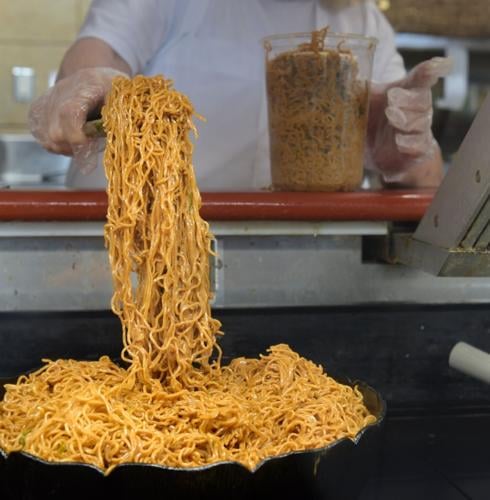 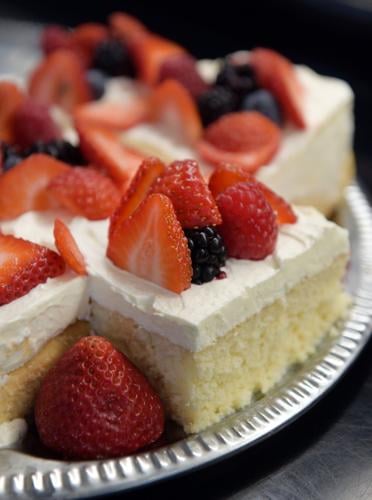 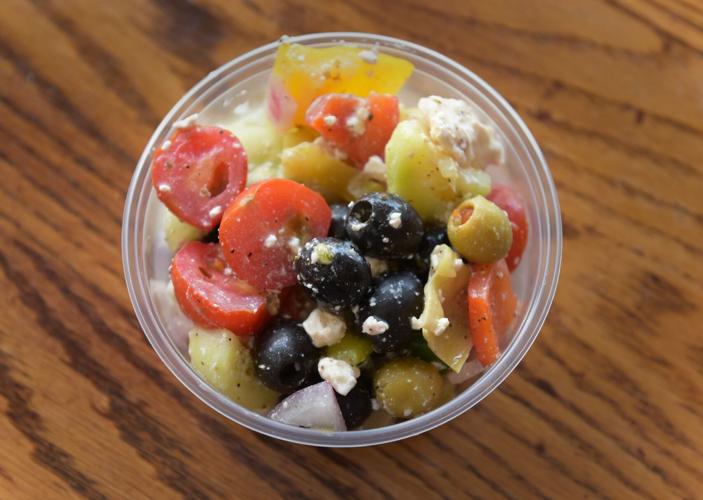 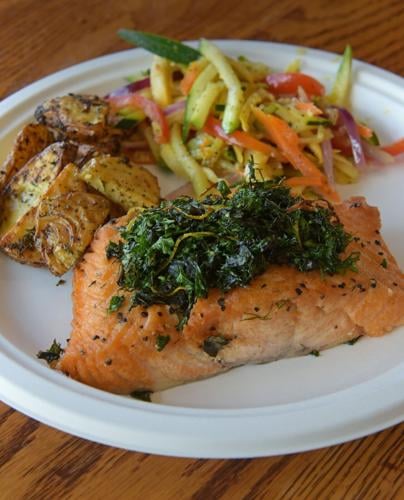 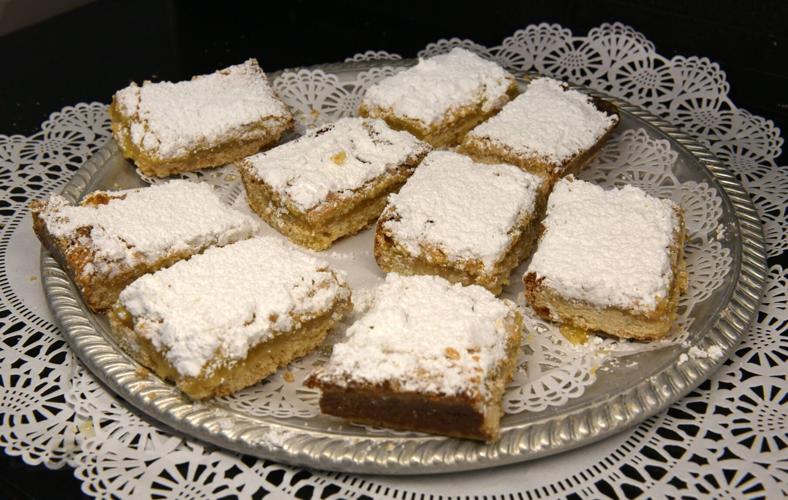 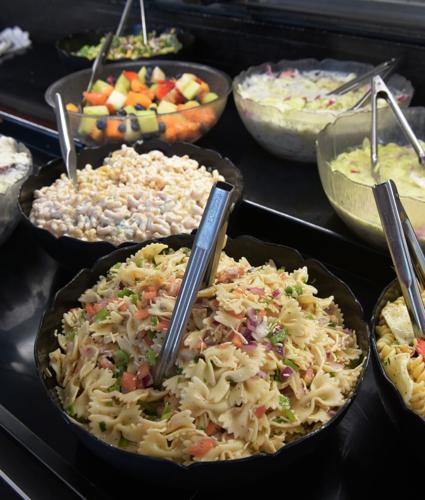 The Carving Board's selection of side salads.