Inspired by your memories, we take a look at some Winston-Salem eateries of yesteryear

The restaurant scene in Winston-Salem and the surrounding area underwent a lot of changes in 2022, but change seems to have become the norm for a thriving and growing scene that nevertheless has faced an extraordinary number of challenges since the coronavirus pandemic came to town in 2020.

We have had a few more closings in 2022, but they now have less to do with the pandemic and more to do with general business or personal decisions.

Dom’s – the only vegetarian restaurant in Winston-Salem – closed abruptly in August, but then, just as surprisingly, reopened this fall as a takeout-only spot.

And Finnegan's Wake reopened with new owners - but the same food and atmosphere that made it so popular.

In fact, just about every spot vacated has been filled by a new restaurant. More new spots have surfaced, too, so that the openings far outweigh the closings.

The early part of the year began with the openings of Chill Nitro Creamery, myfrii, Showmars and Fords Food Hall in ROAR, which later saw the opening of JL Caspers and Est! Est!! Est!!! Caspers and some of the food-hall vendors already have seen reboots, but Winston-Salem seems to have taken to ROAR in general, partly because of its robust live-music schedule.

This past year gave us one new fine-dining restaurant when chef Travis Myers and his partners opened Six Hundred° in Innovation Quarter.

Other restaurant openings downtown included Heff’s Burger Club and Tulum Bar & Grill and the reopening of longtime downtown staple Murphy’s 2010 – or Murphy’s Lunch, as everyone calls it. And just this week, Twisted Pine - the latest venture from Adams Andrews, the owner of Young Cardinal - opened on North Liberty Street in the spot vacated by Crafted: The Art of the Taco.

This year also saw the opening of Harvest Market, a cooperative market. This was a project years in the making from the Revs. Gary Williams and Willard Bass in an effort to combat food deserts in Winston-Salem.

Also notable was the December opening of US Foods Chef’Store, a warehouse-style store designed to appeal to independent restaurateurs, food-truck operators and caterers. Like the ChefSmart store that previously operated in Winston-Salem from 2003 to 2018, this store bridges the gap between large-scale wholesalers and retail supermarkets – and it appeals to home cooks almost as much as it does to food professionals.

The major issues in food in Winston-Salem – and around the country – continue to be staffing and prices.

Inflation has hit consumers both at the grocery store and restaurants. And restaurateurs have been doubly hit on costs as they juggle higher food prices and higher wages.

Freddy Lee, who along with his brother Terry owns or co-owns Bernardin’s, Bleu and Cibo Trattoria, called it overall a decent year. Yet he considers his biggest achievement “not losing money” rather than making it. (Lee also is partnering with a friend to open an Indian restaurant called Oh’ Calcutta in early 2023).

“The biggest challenge is still hiring people,” he said. “The second is finding the best prices for food, to keep prices reasonable for customers.”

Supply-chain issues still plague many restaurants, too. “One week, I’ll have an excess of certain wines and foods; the next week, it will be out of stock,” said Molly Curran, who co-owns 1703 Restaurant with her husband, Joe.

Jay Pierce, the chef of Mozelle’s Fresh Southern Bistro, said that finding qualified people is particularly hard. “There’s definitely been a talent drain over the last three years. People who could have been growing into leadership positions have left the industry entirely,” he said.

Such a shift is particularly hard for a small restaurant like Mozelle’s and small city like Winston-Salem.

“People used to love to work in the hospitality/food service industry, but it’s been a big challenge to attract and retain good employees,” said Dave Hillman, who also owns Quiet Pint Tavern and two Burke Street Pizza locations. “This creates a supply and demand situation where we need to pay increasingly more to attract good employees. Between this and rising food costs, profits margins have become very tight.”

Vivian Joiner, who co-owns Sweet Potatoes with chef Stephanie Tyson, said that the effects of COVID continue to be felt. “We have changed menu, dining setup, hours, etc., numerous times to adjust to what we could do,” she said. It was only in September that the partners reopened their sister restaurant Miss Ora’s Kitchen.

“It’s kind of back to normal, but not really,” Lee said. “People want to eat earlier. Staff wants to work less.”

Lee also wonders if lunch business at some restaurants will ever return to pre-COVID levels. Bleu is the only one of his places open for lunch.

“People’s schedules have been disrupted, maybe permanently,” Pierce said. “We see a lot more diners in the afternoon hours, early dinners, and we don’t get a lot of requests for anything after 8 p.m.”

Also, Curran said, “Outdoor dining seems to be here to stay. We serve outdoors 12 months of the year.”

The year has been one of “change and adaptation,” said Claire Calvin, the owner of The Porch Kitchen and Cantina and Alma Mexicana. Part of her change has been figuring out what to do with the Canteen Still Life space downtown. She now rents it part time to Shake Pour Drink and to others as an event space the rest of the time.

“Between last winter’s COVID surge, a very challenging labor environment, high inflation and the very rocky economy this year, we basically had to throw out our budget every month and start over,” she said.

Yet she hasn’t soured on the industry. In fact, she’s building a new restaurant, East of Texas, which will be on South Broad Street near Lesser Known Beer.

Calvin noted that all of these recent challenges have taught her and other restaurateurs how to be more adaptable and more resilient — something that seems sure to have benefits down the road.

“I think there are a lot of restaurants that are coming out of COVID with some great ideas for new concepts, new ways of serving people, and a sense of purpose that came from really being connected with the community as we all struggled to survive the past few years.”

WATCH NOW: Do you remember these Winston-Salem restaurants?

Inspired by your memories, we take a look at some Winston-Salem eateries of yesteryear 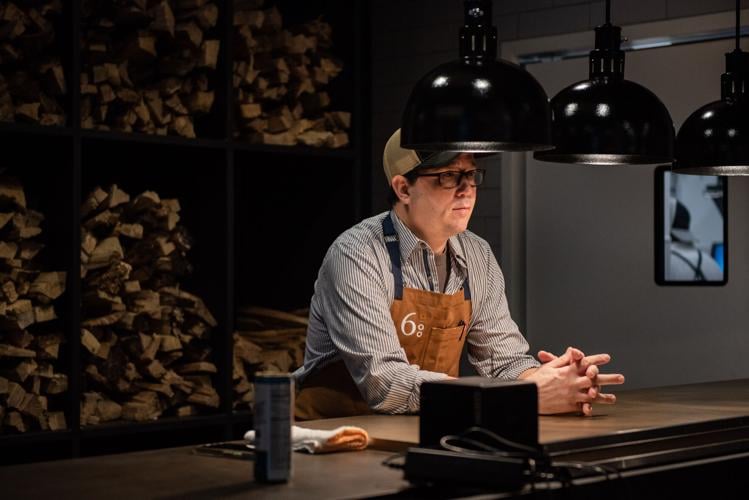 Travis Myers, executive chef and co-owner of Six Hundred°, waits for a dish at the counter. The restaurant opened early this year. 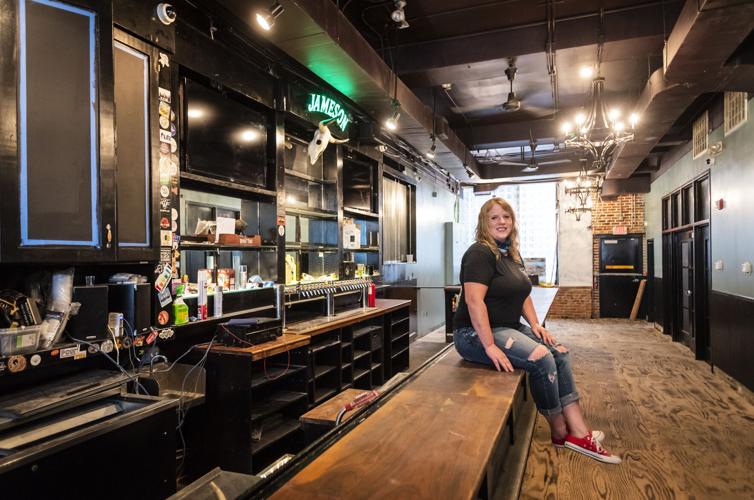 Danielle Bull, the owner of Bull’s Tavern, shut down the popular Fourth Street bar this year. 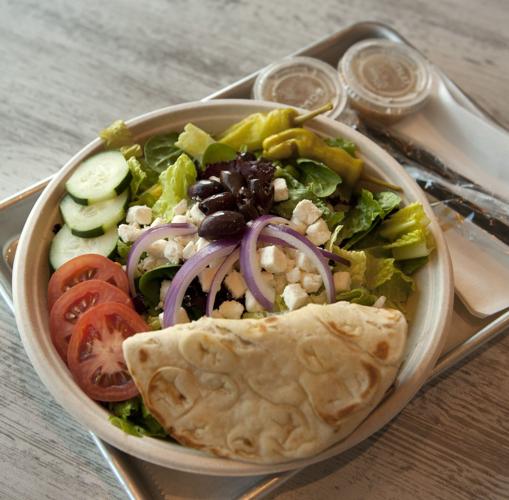 The Greek Salad from Showmars in Hanestowne Village. The Charlotte chain opened its first Winston-Salem restaurant this year. 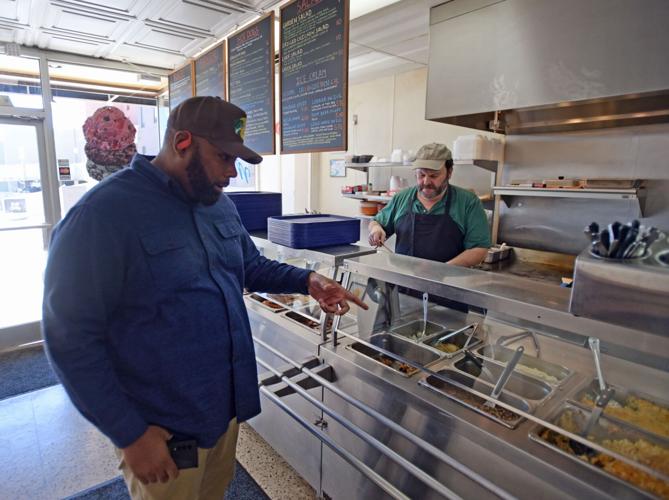 John Nikas, owner of Murphy’s Lunch at 207 W. 3rd Street, operated without staff after he reopened the restaurant in May. 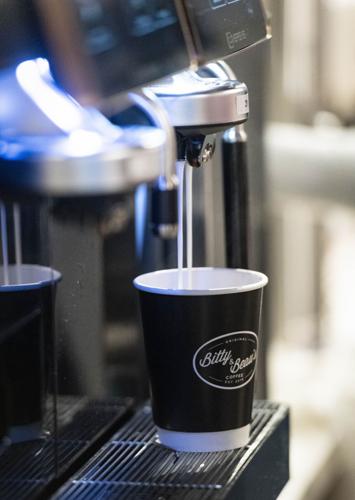 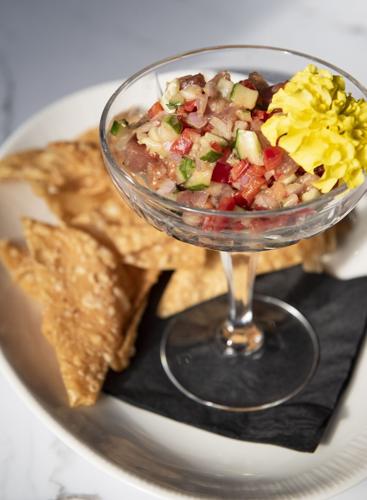 Tuna and salmon tartare at JL Caspers at ROAR on Liberty Street. 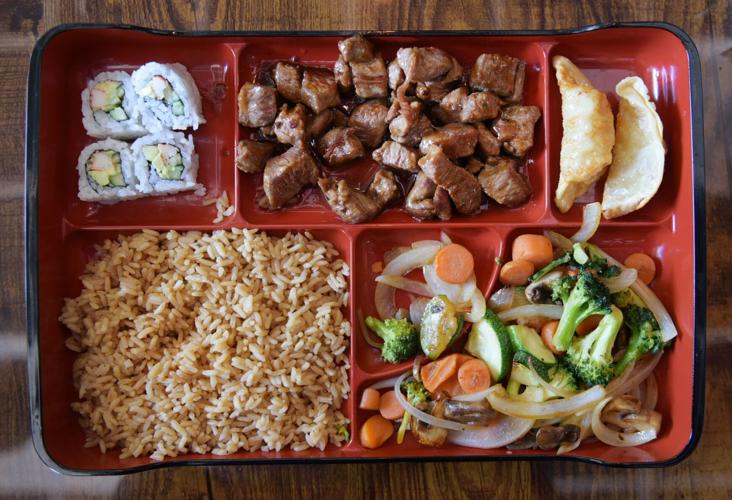 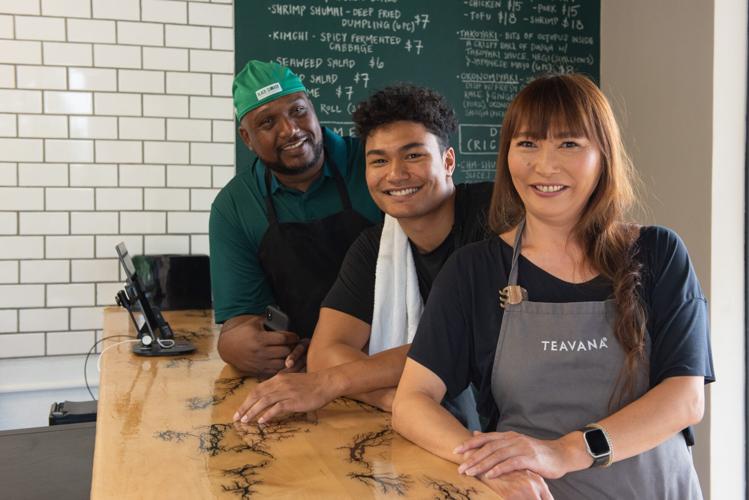 James (from left), Kai and Mari Phillips inside their Don Express restaurant on Knollwood. 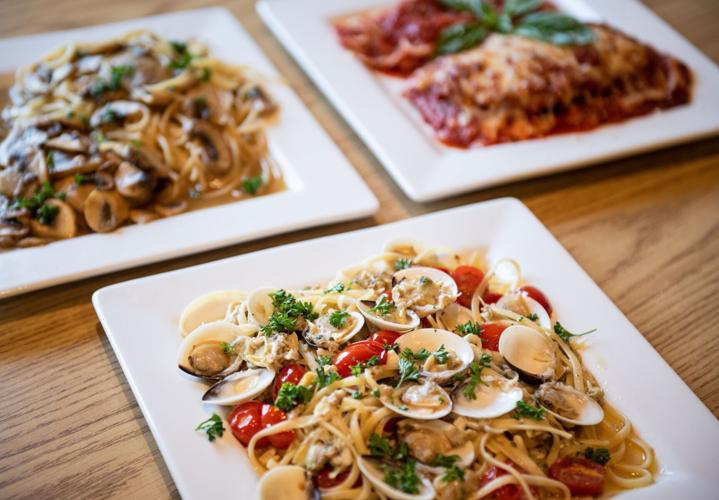 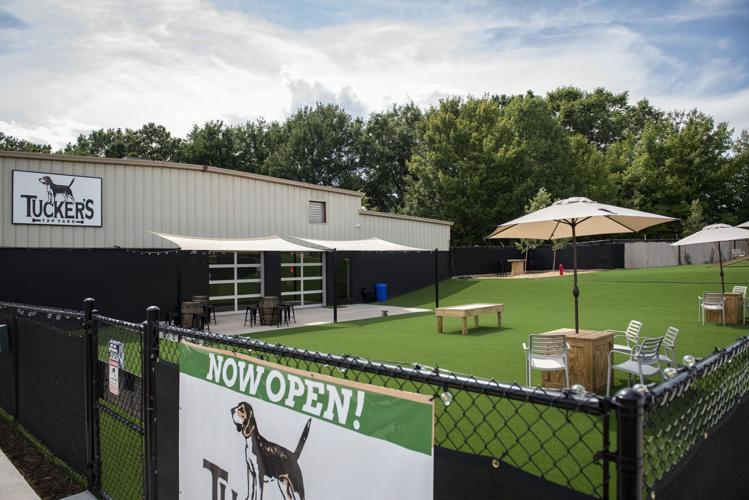 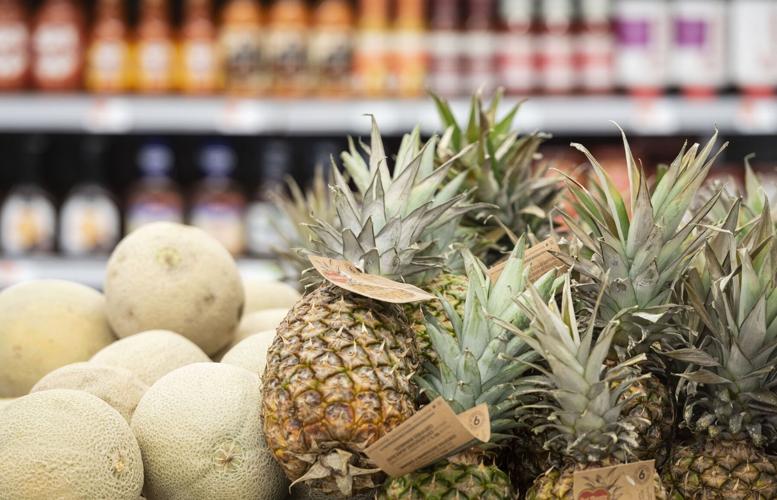 Cantaloupes and pineapples are stocked in front of shelves of sauces at Harvest Market, a grocery store run by SHARE Cooperative, in the West Salem Shopping Center. 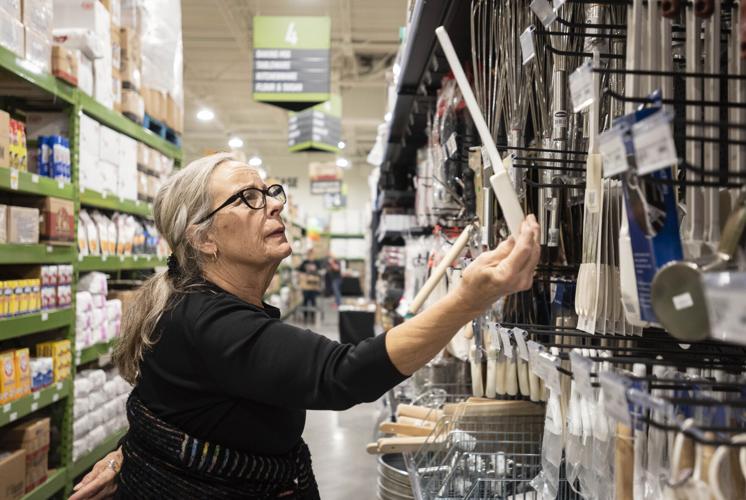 Sandee Pontius, a home cook from Ramseur, looks at spatulas at Chef’Store.