Dylan O'Brien in a scene from "Love and Monsters." 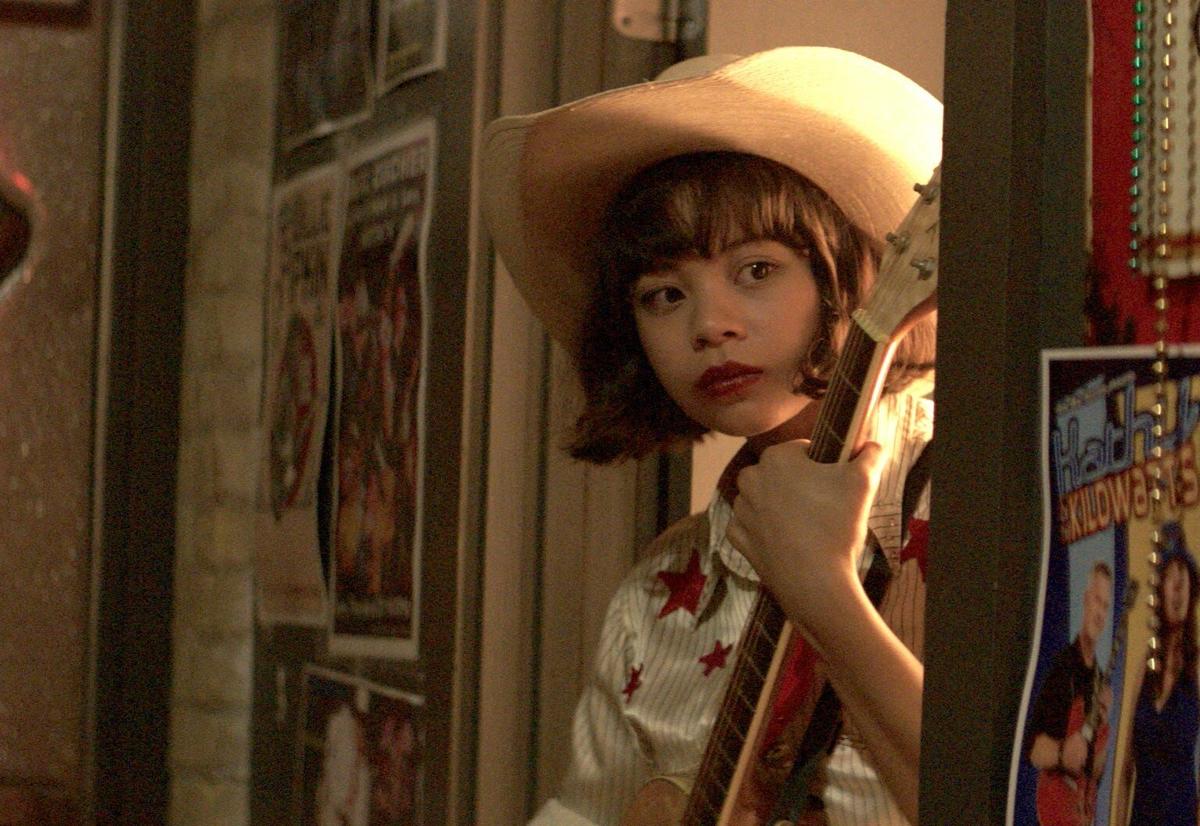 Eva Noblezada in a scene from "Yellow Rose."

A monster apocalypse tops the new DVD releases for the week of Jan. 5.

“Love and Monsters”: Monsters have overtaken the world and decimated 90% of humanity. Young Joel Dawson (Dylan O’Brien) survived by fleeing underground, but his yearning for love compels him to find his high school sweetheart, Aimee, at a different colony dozens of miles away — and he has to go above ground to get there.

It’s reminiscent of “A Quiet Place” and “Zombieland,” not to mention pandemic anxiety, to mixed results, wrote Noel Murray in his review for the Los Angeles Times.

“The story really only finds a good groove in its final third, when Joel has a major setback and discovers courage and perseverance can only carry him so far,” Murray wrote. “Though it’s moderately likable throughout, only when “Love and Monsters” gets serious about the difficulties of Joel’s situation does it feel genuinely relevant.”

“12 Hour Shift”: A nurse with a drug addiction (Angela Bettis) and her cousin (Chloe Farnworth) devise an organ trafficking scheme at an Arkansas hospital.

“The 100: The Seventh and Final Season”: The CW post-apocalyptic sci-fi series comes to a close.

“Yellow Rose”: A young Filipina singer in Texas (Eva Noblezada) grapples with following her dreams of becoming a country star amid family woes.

OUT ON DIGITAL HD JAN. 5

“American Dream”: A pair of entrepreneurs (Michiel Huisman and Luke Bracey) face the wrath of a Russian mobster (Nick Stahl) after refusing his money. Out on DVD Jan. 12.

“Audrey”: Documentary follows the life of the legendary Audrey Hepburn.

“Gun and a Hotel Bible”: A man (Bradley Gosnell) reconsiders the murder he plans to commit after finding a Bible in his hotel room.

“His Dark Materials: Season 2”: The show based on the novel series by Philip Pullman returns as Lyra (Dafne Keen) makes her way to Cittagazze after stepping through the portal.

“Industry: Season 1”: A group of job candidates compete for roles at a top London bank.

“Lena & Snowball”: A young girl finds a white lion cub and must protect him from poachers. Look for it on DVD Jan. 12.

Miss Manners: After giving thoughts and prayers, can I request updates?

Dear Miss Manners: Sadly, these days it's not unusual to receive requests for prayer, action or positive thoughts for people going through dif…

Dear Miss Manners: I would say my parents "don't get along," but that makes it sound mutual. For as long as my sisters and I can remember, our…

Larry King, the suspenders-sporting everyman who interviewed world leaders, movie stars and ordinary Joes for a half-century, died Saturday. He was 87.

Dairi-O opened its new location at 5916 University Parkway on Monday, about a mile down the road from the restaurant it had to abandon to make…

Local, mixed-media artist gets inspiration from children to create her artwork

Although Bussie Parker Kehoe, a mixed-media artist in Winston-Salem, studied art in college, her focus was on becoming a lawyer.

Dylan O'Brien in a scene from "Love and Monsters."

Eva Noblezada in a scene from "Yellow Rose."