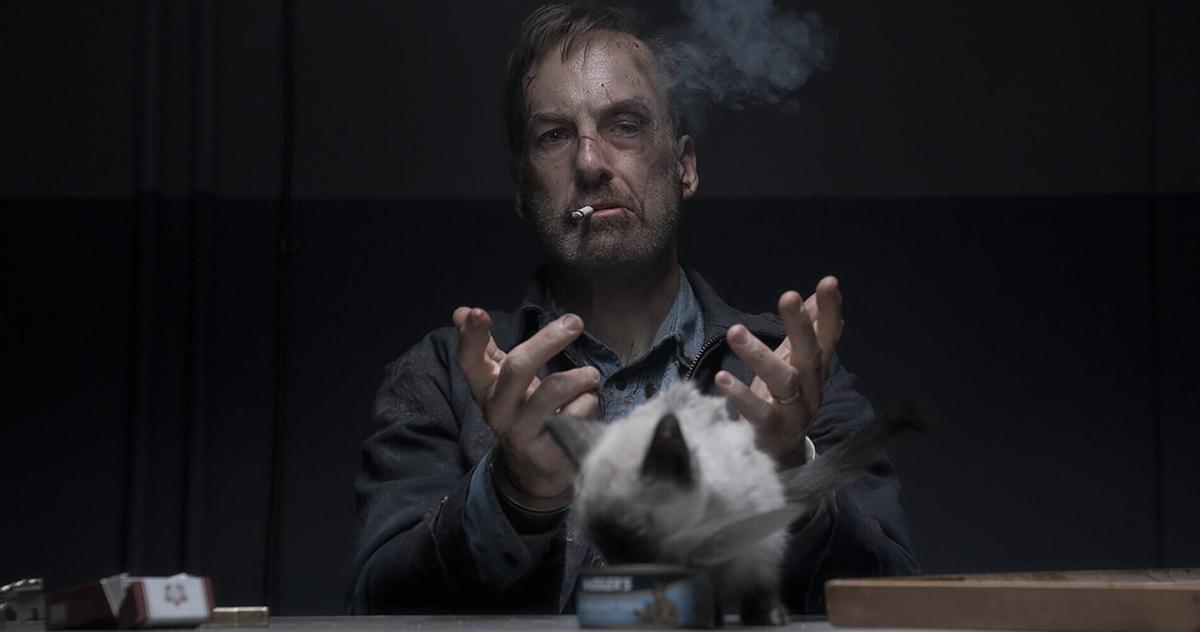 Bob Odenkirk stars as Hutch Mansell, an underestimated and overlooked dad and husband, taking life’s indignities on the chin and never pushing back in “Nobody.” 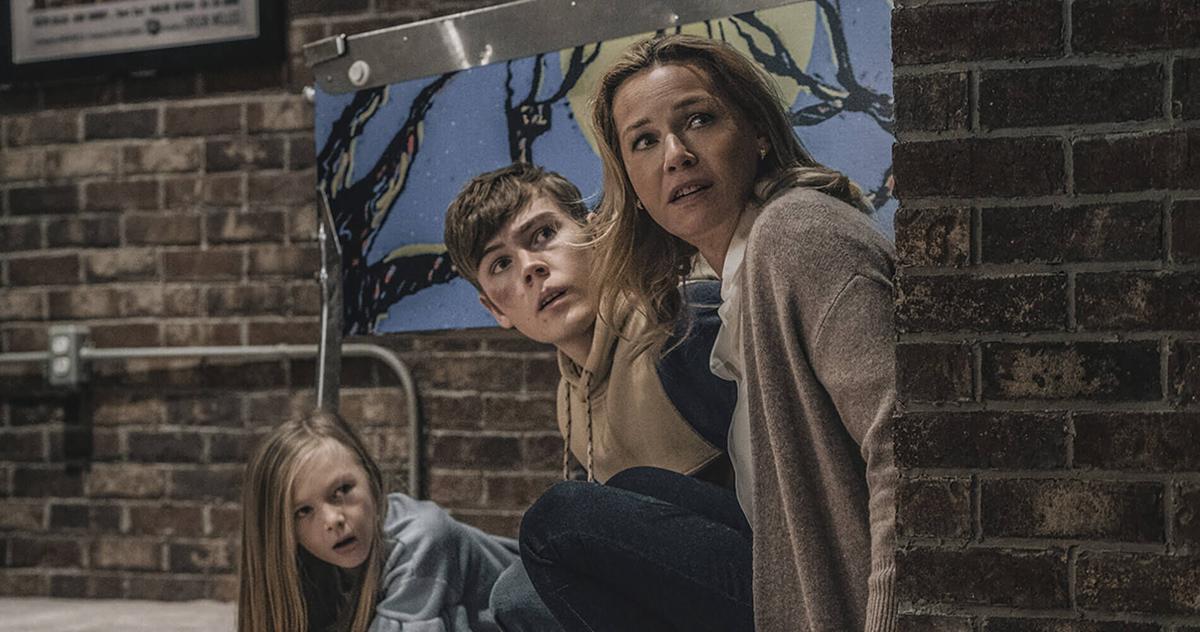 Paisley Cadorath (from left), Gage Munroe and Connie Nielsen in a scene from “Nobody.”

Hutch (Bob Odenkirk) is stuck in a rut. Or, perhaps he’s stuck in a Talking Heads song, finding himself in a beautiful house, with a beautiful wife (Connie Nielsen), asking himself, “how did I get here?” His existence has been distilled into a deadening middle-class suburban routine: jog, coffee, trash, bus, work. Jog, coffee, trash, bus, work. When people ask him, “who are you?” and he answers, “nobody,” he means it, and we believe him.

But in Ilya Naishuller’s nasty little dadsploitation action flick, “Nobody,” that moniker can have a loaded meaning. Hutch feels like a nonentity in his own life, beaten down by the ennui of routine; cowed by his own reluctance to violently engage a few burglars, which garners ridicule from his family, friends and the beat cop who takes his statement. Yet, sometimes, the most menacing and dangerous people are the ones who are no one on purpose. Hutch happens to be both, and that menacing and dangerous part of himself is about to be roused.

“Nobody” is a riff on the “John Wick” model, which makes sense, because it’s written by “John Wick” screenwriter Derek Kolstad, who’s had some fun with the formula, adapting it for comedian-turned-dramatic-actor Odenkirk. While the highly trained assassin Wick was spurred to action by the loss of his pup, for Hutch, it’s a “kitty cat bracelet” that he assumes the burglars took. Perhaps it’s because his young daughter (Paisley Cadorath) is the only person who deigns to give her father attention, but one plaintive request for the kitty cat bracelet, and suddenly the seemingly beta Hutch is spoiling for all kinds of trouble.

He finds some trouble, in gruesome fashion, on a city bus, and it turns out that one of the obnoxious young drunkards he’s rendered immobile with a broken pole is the brother of local Russian mob berserker Yulian (Alexey Serebryakov). When Hutch went looking for trouble, he was not expecting this particular scale of trouble (“well-funded and sociopathic,” as Yulian is described). But he has a very specific set of skills that come from his top-secret past as an “auditor for the three-letter agencies,” and a file with such gruesome details that it inspires Yulian’s hired hacker to quit with a swift, “I’m out, no need to pay.”

In 2013, Naishuller directed a bloody POV-style music video for his band, Biting Elbows, which inspired his directorial debut, the clever POV action movie “Hardcore Henry.” With this more traditional action flick, Naishuller demonstrates his chops for shooting fight and action scenes, as well the kind of ruthlessly efficient cinematic storytelling that best fits a film like this. The rapid-fire edit lends a sense of cheekiness, and Naishuller shows off his musical talent and ability to master mood with sound, speed and music; the soundtrack of standards, jazz, soul and rock is a big part of the storytelling and the film’s impish tone.

Lean, mean and brutish, “Nobody” is best enjoyed as the juicy piece of pulp that it is. But Odenkirk, stepping into an action hero role for the first time, brings a sense of dolefulness and rue to this performance. Hutch’s character arc is fascinating, because his turn to violence doesn’t necessarily render him virile, but vulnerable, which allows him to connect to his family, and himself. “I got emotional,” he explains about one of his bombastic acts. Opening up means risking a body count, but staying closed off killed Hutch’s soul. Nobody can stand that.

Recipe Swap: Shrimp Creole is a warm and comforting taste of Louisiana

Folks in Louisiana understand how to use seafood in simple comfort food. Take shrimp Creole, for example, an easy, spicy tomato sauce to which…

"While Dad's health has deteriorated quickly, we can assure you that his great sense of humor continues to shine through," his family said in a statement. "And yes, he still wears his khakis at home."

Hank Azaria, who voiced Apu on 'The Simpsons', apologizes for playing character

"I apologize for my part in creating that and participating in that," Azaria said. "Part of me feels like I need to go to every single Indian person in this country and personally apologize."

Bob Odenkirk stars as Hutch Mansell, an underestimated and overlooked dad and husband, taking life’s indignities on the chin and never pushing back in “Nobody.”

Paisley Cadorath (from left), Gage Munroe and Connie Nielsen in a scene from “Nobody.”