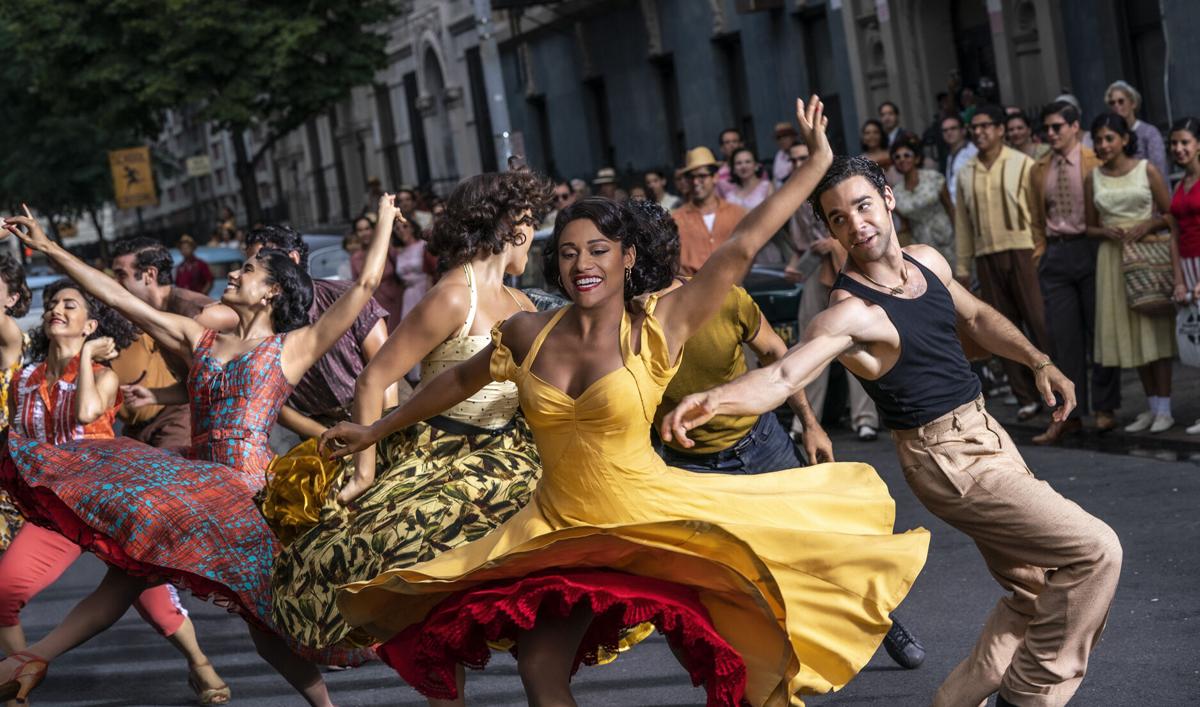 N.C. native Ariana DeBose as Anita and David Alvarez as Bernardo in a scene from “West Side Story.” 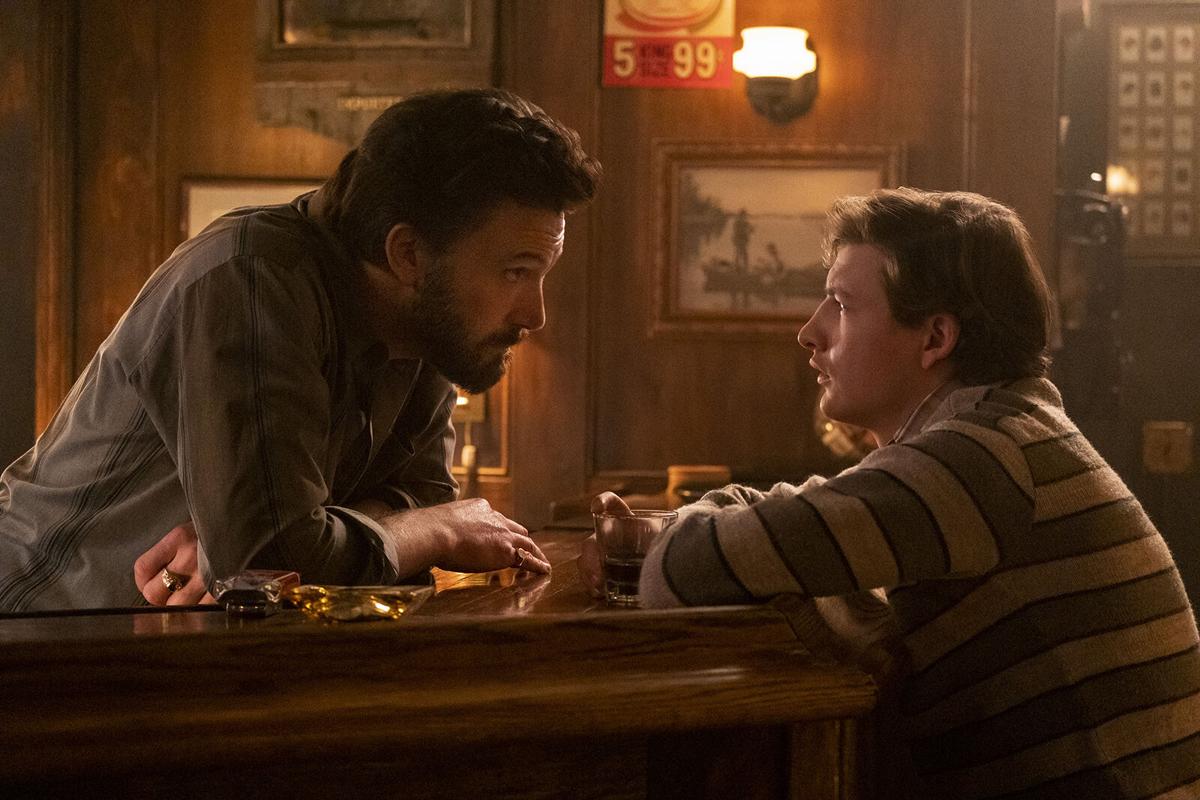 Ben Affleck (left) and Tye Sheridan in “The Tender Bar.”

This year’s Oscar marathon — the ceremony isn’t until March 27, so you’ll have plenty of time to catch up — has an abundance of appealing faces on the acting side. Who’s in the conversation, either for their work or for reasons outside their performances? Let’s do some ranking.

15. Ben Affleck, “The Tender Bar.” Affleck makes for an endearing Everyman mentor in this genial coming-of-age movie. Good enough for an Oscar nomination? Suuuure. Why not? And ... you know ... as long as he’d be coming to the ceremony anyway, why not have him bring along old pal Matt Damon and have them host the damn thing? If Damon’s busy, convince Affleck to pair up with Jennifer Lopez and add another chapter to their Bennifer sequel. The Oscars need some serious star power this year, even if a percentage of viewers might be tuning in simply to hate-watch.

14. Hidetoshi Nishijima, “Drive My Car.” The delicate drama in “Drive My Car,” Japan’s international film Oscar entry, unfolds over the course of 179 minutes, and Nishijima is in nearly every scene. Actors branch voters have never been suckers for subtlety, but the full measure of Nishijima’s unassuming, slow-reveal performance can’t help but seep in, culminating in perhaps the most stirring scene in film this year.

12. Ariana DeBose, “West Side Story.” Newcomer Rachel Zegler makes a moving Maria, but “West Side Story” has always belonged to Anita. Rita Moreno won an Oscar for the role in the 1961 film version, and it would not be surprising if N.C. native DeBose dances away with the same prize 60 years later. It’s a demanding part, and she puts her own steely stamp on it.

11. Penelope Cruz, “Parallel Mothers.” Cruz is Pedro Almodovar’s muse. They have made eight, mostly great movies together. Somehow, Cruz only has one Oscar nomination (“Volver”) to show for it all, which is at least one too few, a deficiency that can easily be fixed this year. Cruz’s character in “Parallel Mothers” is a grand creation and with all the movie’s mix-ups and secrets, Cruz has a lot to do, putting her range on vivid display. The academy loves big acting, and it doesn’t get much bigger than this. (Unless it’s Gaga.)

10. Alana Haim, “Licorice Pizza.” Maybe Haim will never be as good as she is in Paul Thomas Anderson’s sweet story of youthful connection. Or maybe she’s a budding screwball comedian superstar in the making. Sure, we don’t want her to stray too far from that great band she’s in with her sisters, but she’s so perfect in this movie. Let’s have at least one encore.

9. Nicolas Cage, “Pig.” Cage playing a burnout going on a quest to find a stolen pig sounds like one of those direct-to-video movies he has spent the last decade making. Instead, it’s a story that’s almost shocking in its mournful beauty and grace, a film that showcases Cage’s considerable talents, reminding us that he is — and has always been — a singular movie star.

8. Aunjanue Ellis, “King Richard.” It’s easy to feel impatient watching “King Richard,” waiting for a moment — it is coming, right? — that will showcase Ellis. When the scene finally arrives during a long-overdue marital confrontation in the Williams family kitchen, Ellis owns not just the moment but maybe the movie itself in a way that makes you think that a title change (“Queen Oracene”) is in order.

7. Renate Reinsve, “The Worst Person in the World.” Also known as the best actor in the race. But since Norway’s entry into the international feature category doesn’t open until Feb. 4, you’ll just have to take my word for that — and also, the endorsement from the Cannes jury that gave Reinsve the best actress prize this year. Her turn in this Joachim Trier dramedy makes the quest for adulthood seem both impossible and, yet, somehow attainable.

6. Will Smith, “King Richard.” It has been a long time since Smith ruled as the King of Fourth of July, and look what’s happened to the world since he left the throne. “King Richard” is one of those seeming crowd-pleasers that flopped at the box office ... though maybe people watched on HBO Max? Critics liked it; the moviegoers that did see it dug it too, giving the film an A on Cinemascore. Smith has been busy promoting the movie and his memoir, which has topped the Amazon charts. People still like him, even if he sometimes over-shares.

5. Denzel Washington, “The Tragedy of Macbeth.” In Joel Coen’s visually striking Shakespeare adaptation, a dialed-down Denzel gradually gives way to madness, resulting in one of the two-time Oscar winner’s greatest performances. But you knew that would be the case the minute you heard he’d been cast in the role.

4. Benedict Cumberbatch, “The Power of the Dog.” It’s not as though Cumberbatch hasn’t played a swaggering jerk before. You saw “Sherlock,” right? But we’ve never fully glimpsed the tightly coiled menace he brings to Jane Campion’s acclaimed western-thriller, though, as we come to learn, that’s not all there is to his cattle rancher character. And the more we learn, the more we marvel at the precision of Cumberbatch’s performance.

3. Kristen Stewart, “Spencer.” Maybe you weren’t expecting or craving or, come to think of it, even wanting a psychological-horror chamber-piece treatment of Princess Diana’s rift with the royal family. In that case, “The Crown” is probably more your speed. Nothing wrong with that. But don’t let that diminish Stewart’s transformative turn, which reveals so, so much, including the star’s own ambivalence about living under the microscope. Plus there’s a joyful sing-along at the end. Prison escapes haven’t been this much fun since Steve McQueen jumped the barricades on his motorcycle!

2. Lady Gaga, “House of Gucci.” Gaga says she lived and breathed Patrizia Reggiani for a full 18 months, never breaking character while making “Gucci.” How deep was her immersion? She says when she drove by where Maurizio Gucci was shot, she “felt a pin drop in my stomach because I was so in my character, and I thought, ‘What have I done?’” You don’t have to like “House of Gucci” to respect the level of commitment and, frankly, nuttiness in that quote and realize that Gaga is this generation’s Cher and, as such, would elevate every single Oscar ceremony she attends.

Putting revenues aside, which heroes have been the most popular with fans? Here's a ranking of every live-action movie released by Marvel, according to IMDb data.

20 of the best movies set in winter weather

The French actor portrayed the young Hannibal Lecter in 2007's "Hannibal Rising" and is in the upcoming Marvel series "Moon Knight."

10 essential documentaries on the opioid crisis

To shed light on this manufactured drug epidemic, here's a brief look at 10 documentary films and docuseries that explore the opioid epidemic.

Ralphie, hero of the 1983 movie “A Christmas Story,”  is set to return to the screen as an adult in a sequel, with Peter Billingsley back as Ralphie.

D.J. Caruso’s historical drama/romance/morality play “Redeeming Love” opens with the Shakespeare quote “all that glitters is not gold,” and a …

Here's a look at the top-rated true crime documentaries, according to Metacritic and IMDb ratings.

The Sundance Film Festival is back and online once more

REVIEW: 'Scream' rehashes more than you care about horror films

There must not be a coronavirus problem in Woodsboro. When action switches to the hospital in “Scream,” no one is filling the beds, crowding the floors or even keeping the lights on.

It’s only appropriate for a fan to be anxious about a new “Scream” movie, especially one that arrives 11 years after the last installment, and…

N.C. native Ariana DeBose as Anita and David Alvarez as Bernardo in a scene from “West Side Story.”

Ben Affleck (left) and Tye Sheridan in “The Tender Bar.”

Lady Gaga in a scene from "House of Gucci." 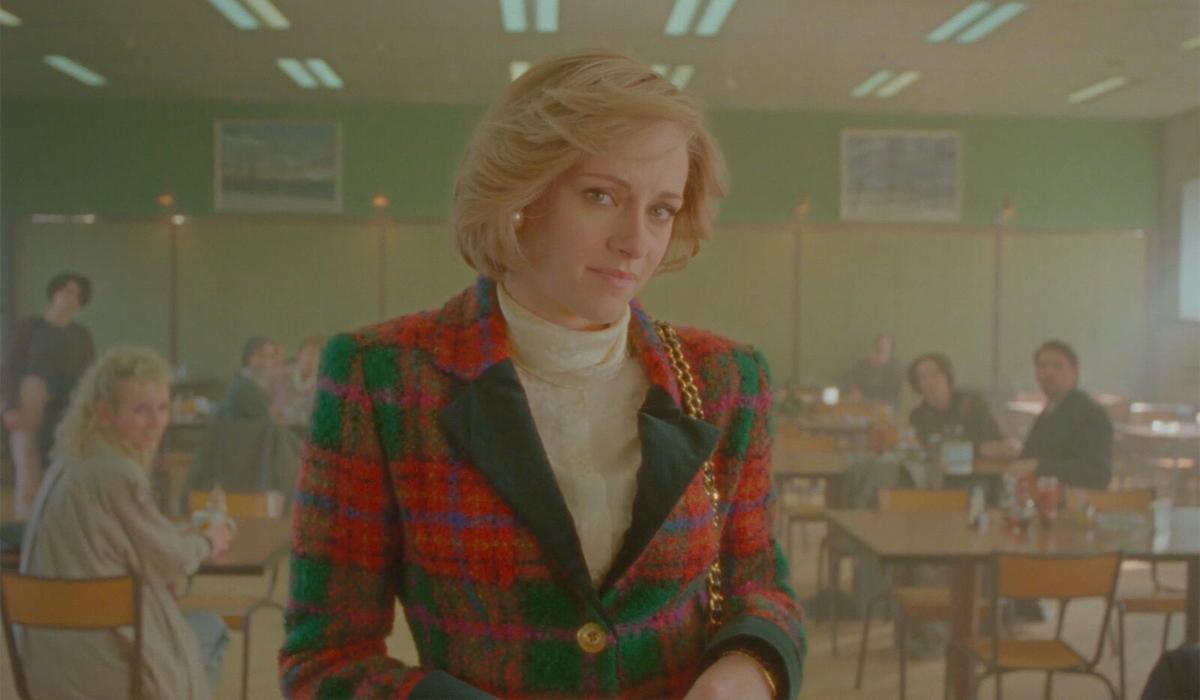 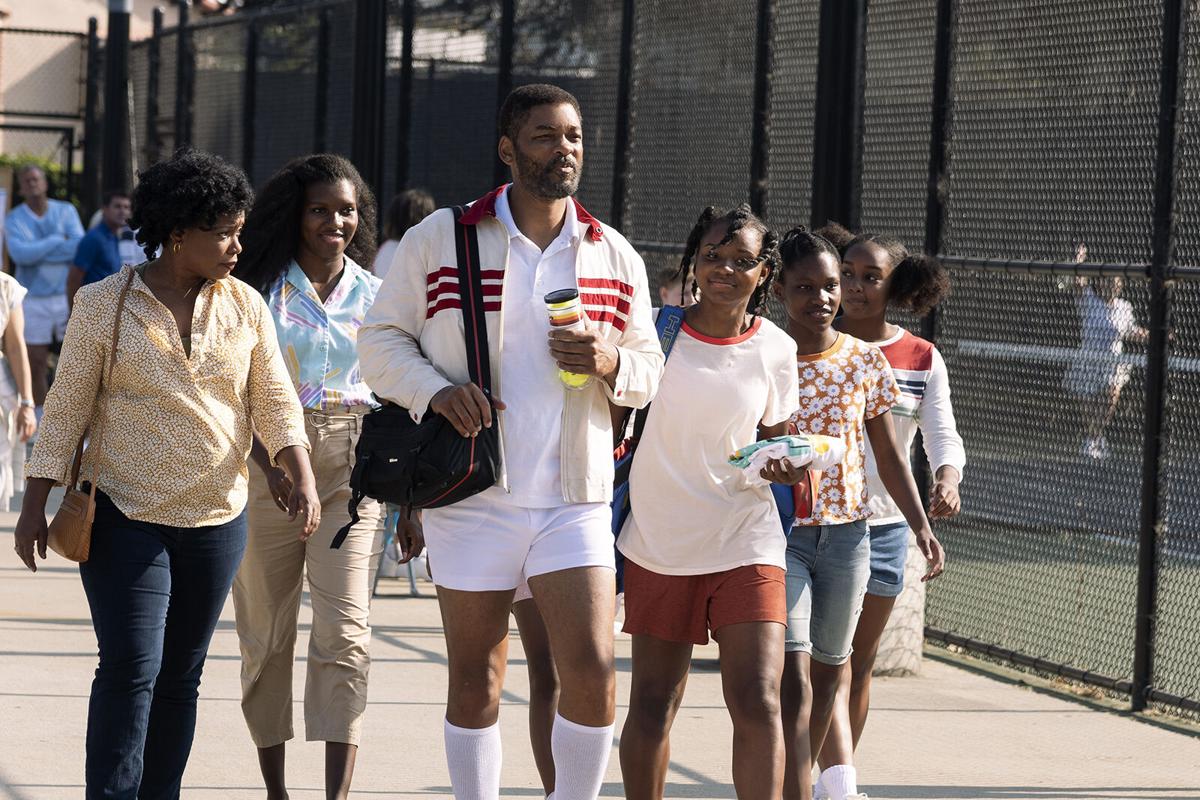 Will Smith in a scene from "King Richard." 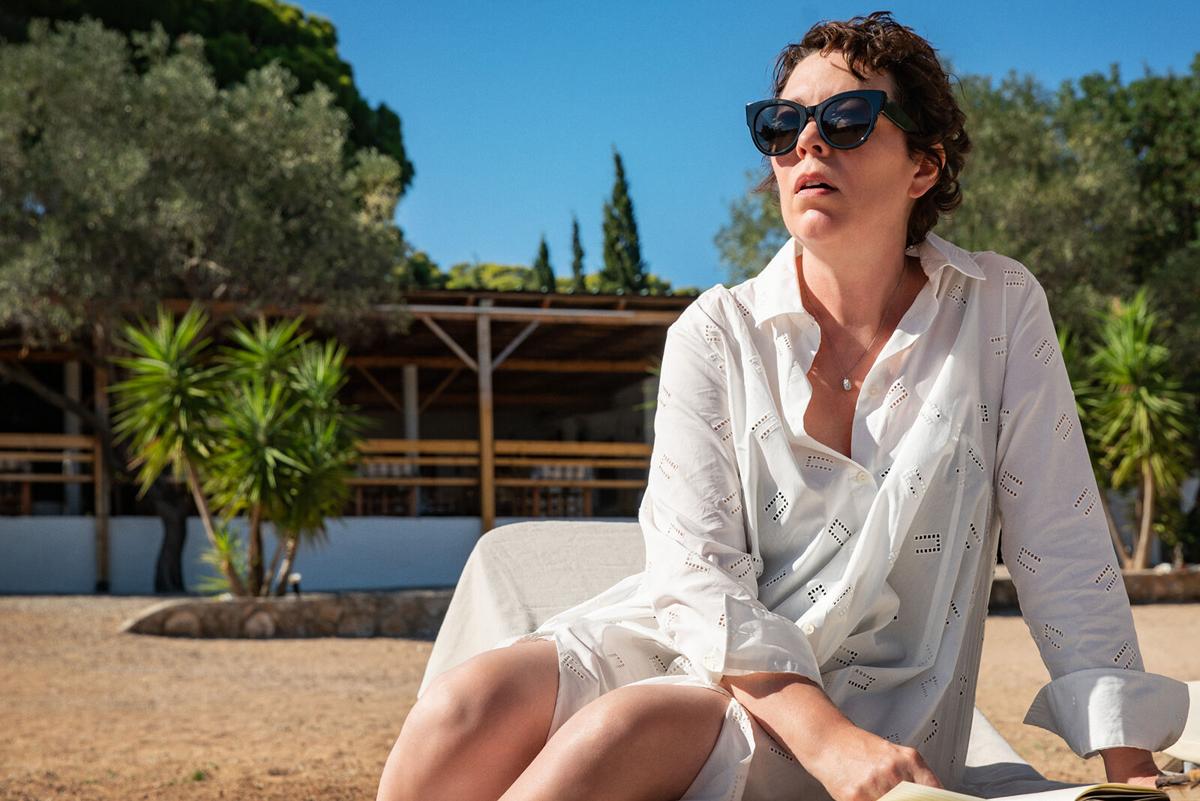 Olivia Colman in a scene from "The Lost Daughter."