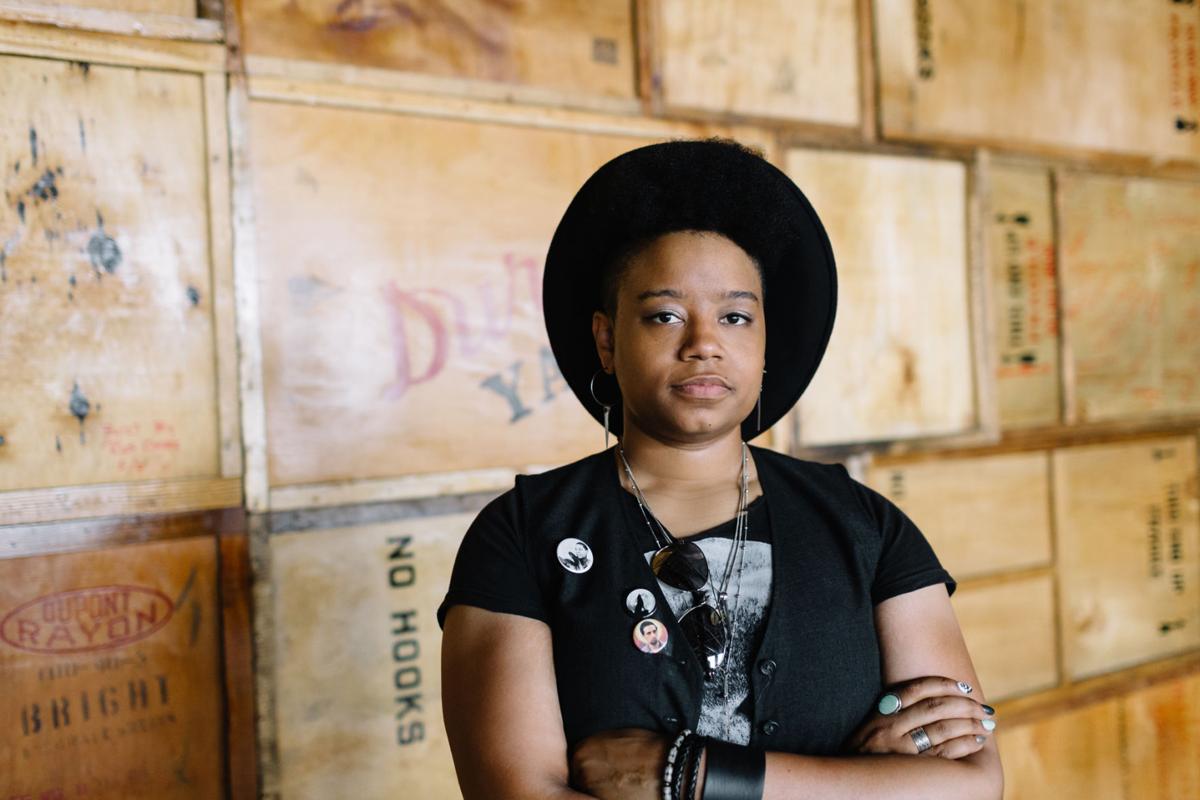 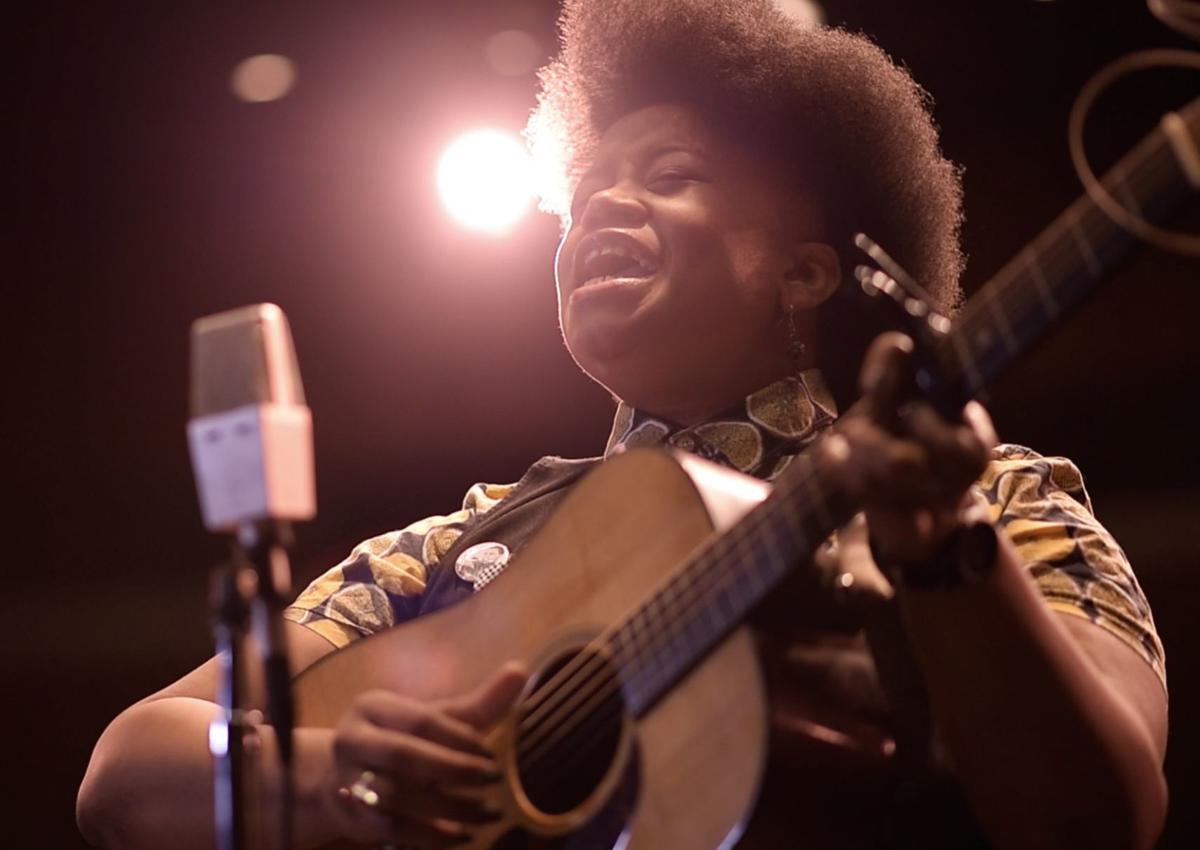 Amythyst Kiah is seen here in concert. She will perform on March 7 at the Stevens Center in Winston-Salem. 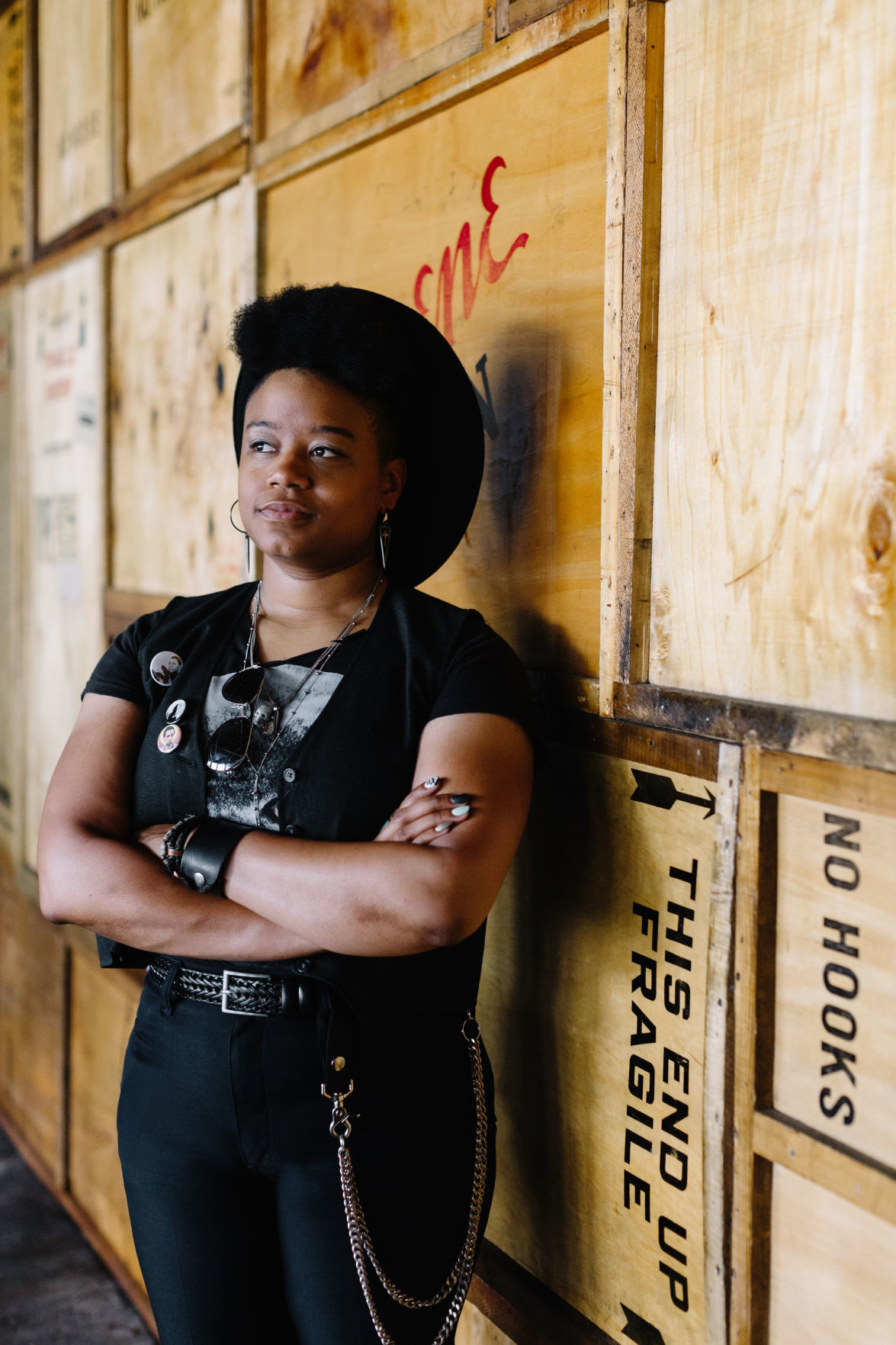 Amythyst Kiah will perform at the Stevens Center, part of UNCSA Presents.

Viewers who watched Ken Burns’s “Country Music” series on PBS in 2019 saw Amythyst Kiah at the beginning of every episode, even if they didn’t know it. The Tennessee singer and banjo player was one of several musicians who performed a snippet of “Wagon Wheel” in a bank commercial.

“A lot of places that I’ve gone, people have said, ‘Hey, I saw you on the commercial, and then I had to try to look you up,’” Kiah said from a tour stop in Portland, Oregon.

She was the next-to-last banjo picker singing the iconic Old Crow Medicine Show song in the commercial, which ended with Dom Flemons, a former member of the Carolina Chocolate Drops. Kiah returns to Winston-Salem on Saturday, performing in the Stevens Center as part of the American Music Series presented by UNCSA Presents, a series of UNC School of the Arts.

The “Country Music” commercial helped raise Kiah’s profile, thanks to artist profiles on the Bank of America website.

“A lot of people hadn’t heard my music prior to that, so it’s definitely helped expand the footprint,” she said.

Winston-Salem music fans have had multiple opportunities to catch Kiah in the past five years or so, including appearances at TimFest in the Ardmore neighborhood, the Southeastern Center for Contemporary Art, Bailey Park, and the Barn at Reynolda Village. This will be her Stevens Center debut.

Her star has risen steadily in recent years. The Chattanooga native has toured with Yola and the Indigo Girls, as well as another former Chocolate Drop: Rhiannon Giddens. In 2018 Giddens collaborated with fellow banjo players Kiah, Leyla McCalla and Allison Russell to record “Songs of Our Native Daughters,” a collection of tunes inspired by slave narratives and other historical sources. The album came out in 2019.

Laura Barton reviewed “Songs of Our Native Daughters” for England’s Guardian newspaper: “In heavier hands, with less-gifted musicians, this project could surely have buckled under its worthiness. But what Giddens and her cohorts have managed to create is a record of great importance and exceptional beauty, its darker moments countered by points of bright wonder.”

Kiah wrote the lead track on the “Native Daughters” album, “Black Myself,” a powerful anthem. Jewly Hight wrote about the song for National Public Radio: “Jabbing each line of the bluesy, mulish melody and supported by her bandmates’ gospel-style harmonies, she depicts the simmering defiance of self-respect in the face of racism.”

The song has earned multiple honors, including a Grammy nomination for Best American Roots Song. The Folk Alliance International Conference named “Black Myself” 2019 Song of the Year. It only took four hours to write.

“It came out so easily,” Kiah said. “I think usually when that happens, whatever those thoughts you’ve been having have been there for a long time, and needed a moment just to come out and make themselves known.”

The initial inspiration came from a line in a version of the classic folk song “John Henry”: “I don’t want no red-black woman — black myself.” Beyond that Kiah drew inspiration from a wide range of sources, including efforts by black people to appear more European by using products like hair straighteners and bleaching creams; the moral contradictions of self-proclaimed Christians owning enslaved people; and modern issues such as mass incarceration and access to affordable housing.

“One of the bigger things that surprised me is that one of the songs that has been the most direct and confrontational I’ve ever written has been one that people have embraced so fully,” Kiah said. “Most of the audiences that come to my shows — and Rhiannon’s, Allison’s, and Leyla’s shows — are white people.”

America’s tortuous racial history has negatively impacted people on both sides of the color line, she said.

“Some people will see or hear that there’s a story involving black people and immediately label it as, ‘Oh, that’s for black people; it’s not for me,’” Kiah said. “When, in fact, it’s an American story. Everyone has some sort of tie or connection to the story. It’s affected everybody in this country. It’s not like black people are the only ones who suffered this trauma. All of us have suffered this trauma, and that’s what we wanted to convey.”

But she isn’t giving a TED Talk; she’s singing a song. Kiah, who earned a degree in old-time music and music performance from East Tennessee State University, thinks that’s a good way to talk about difficult subjects.

“The best way to have this conversation is really to start with music first,” she said. “It’s meant so much that so many people have been open and receptive to the message.”

After her success with the “Native Daughters” album, Kiah is turning her attention back to her own studio work. She has released two albums to date: a solo record, “Dig,” in 2013, and a self-titled album with her band in 2017, “Amythyst Kiah and Her Chest of Glass.”

She started work on a third album last fall at the Louisiana studio of Dirk Powell, who also produced “Songs of Our Native Daughters.” Giddens co-produced those sessions. Kiah will continue work this month at Echo Mountain studio in Asheville with production by that studio’s chief engineer, Julian Dreyer.

“Working with Julian was really fun, and Echo Mountain is inside this big old church,” she said. “The sound in there is just amazing. It was really awesome to record there.”

Kiah, a multi-instrumentalist, will perform solo for her latest Winston-Salem appearance at the Stevens Center.

“This is my first time playing in a theater in Winston-Salem,” Kiah said. “This is like moving on up in the world, a whole new thing. So I’m really, really excited about it.”

Piedmont Federal Savings Bank and The Ramkat to present outdoor concerts Fridays in June in the Industry Hill neighborhood in downtown Winston-Salem.

Music has always been a part of Beth Frack’s and her family’s life. At a local music camp for children, Frack gets to work with both her daughter and son.

Migrant Birds, a local band, to perform some of its music to celebrate the release of its new EP "Winters Like These."

Here's a collection of some of the all-time best tunes about moms. So, crank it up and have a happy Mother’s Day.

Contemporary Christian band MercyMe will make a stop on their fall tour on Oct. 16 at the Greensboro Coliseum.

Amythyst Kiah is seen here in concert. She will perform on March 7 at the Stevens Center in Winston-Salem.

Amythyst Kiah will perform at the Stevens Center, part of UNCSA Presents.