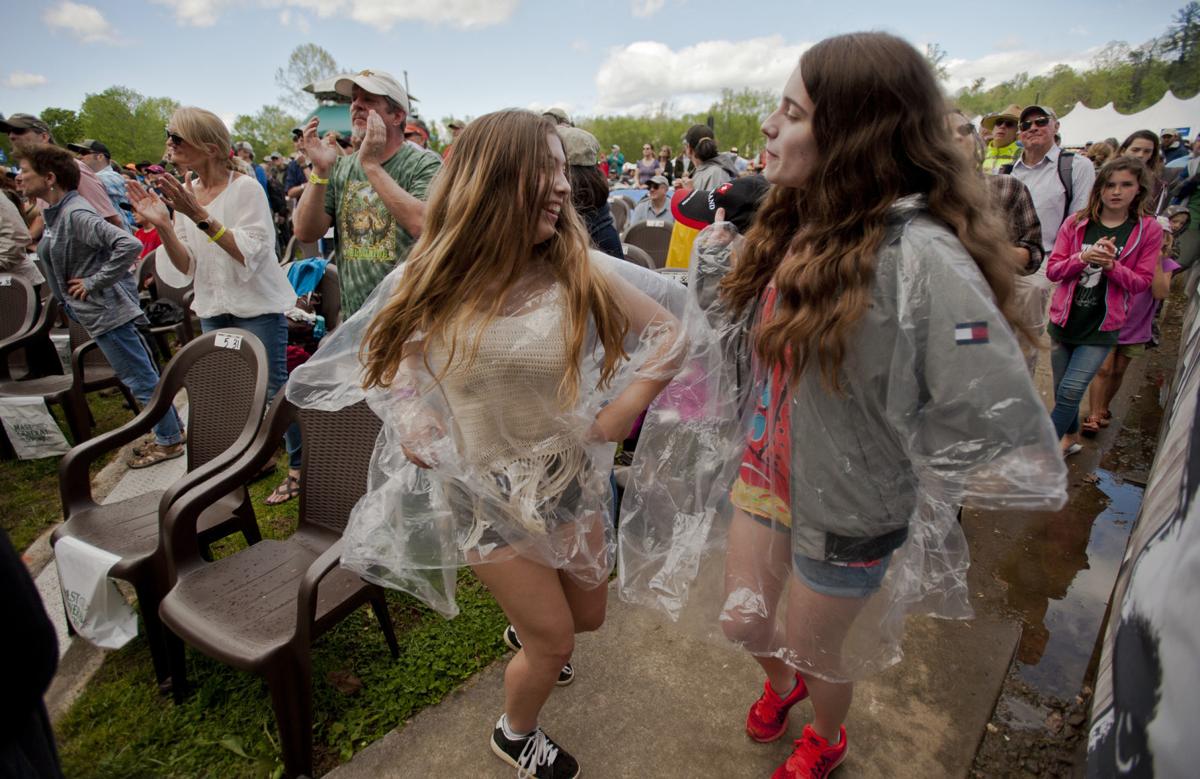 Michaela Ruzzeddu (left) and Emma Dragan of Chapel Hill dance in the crowd on April 26, 2019, at Merlefest at Wilkes Community College in Wilkesboro. 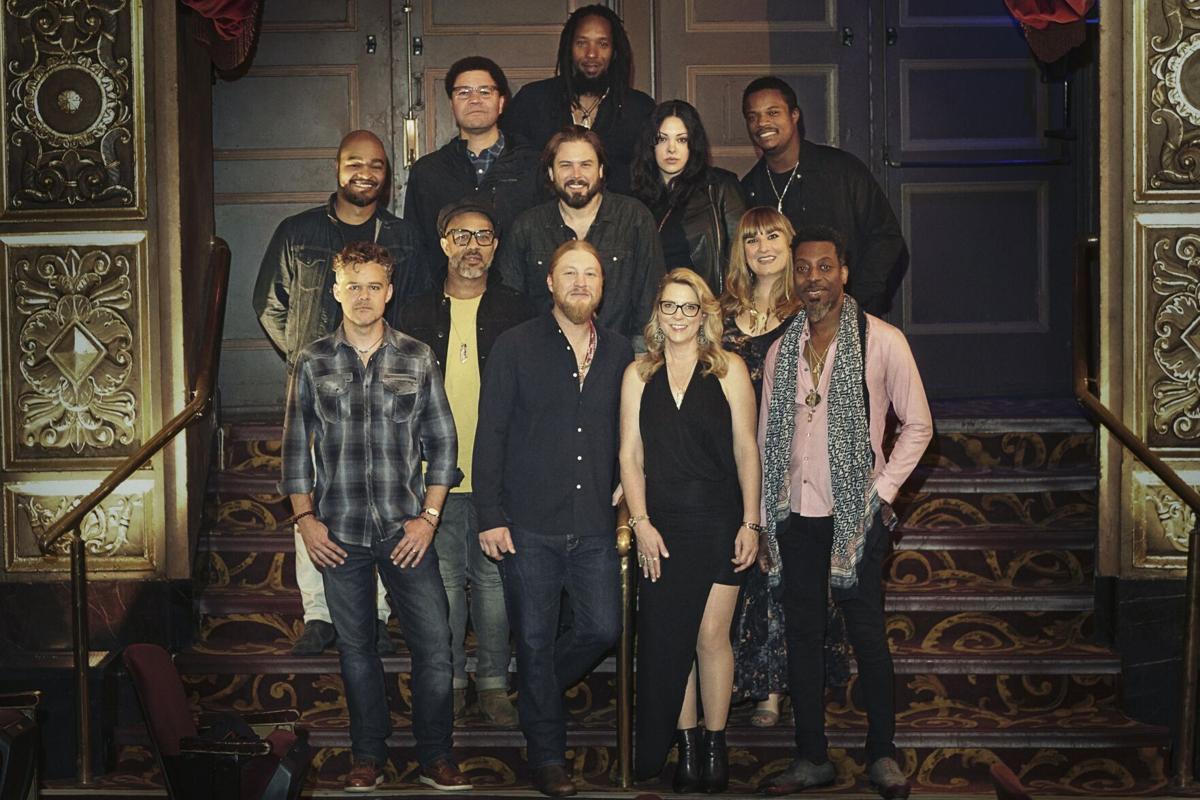 Mavis Staples will perform at the 2021 Merlefest in Wilkesboro. 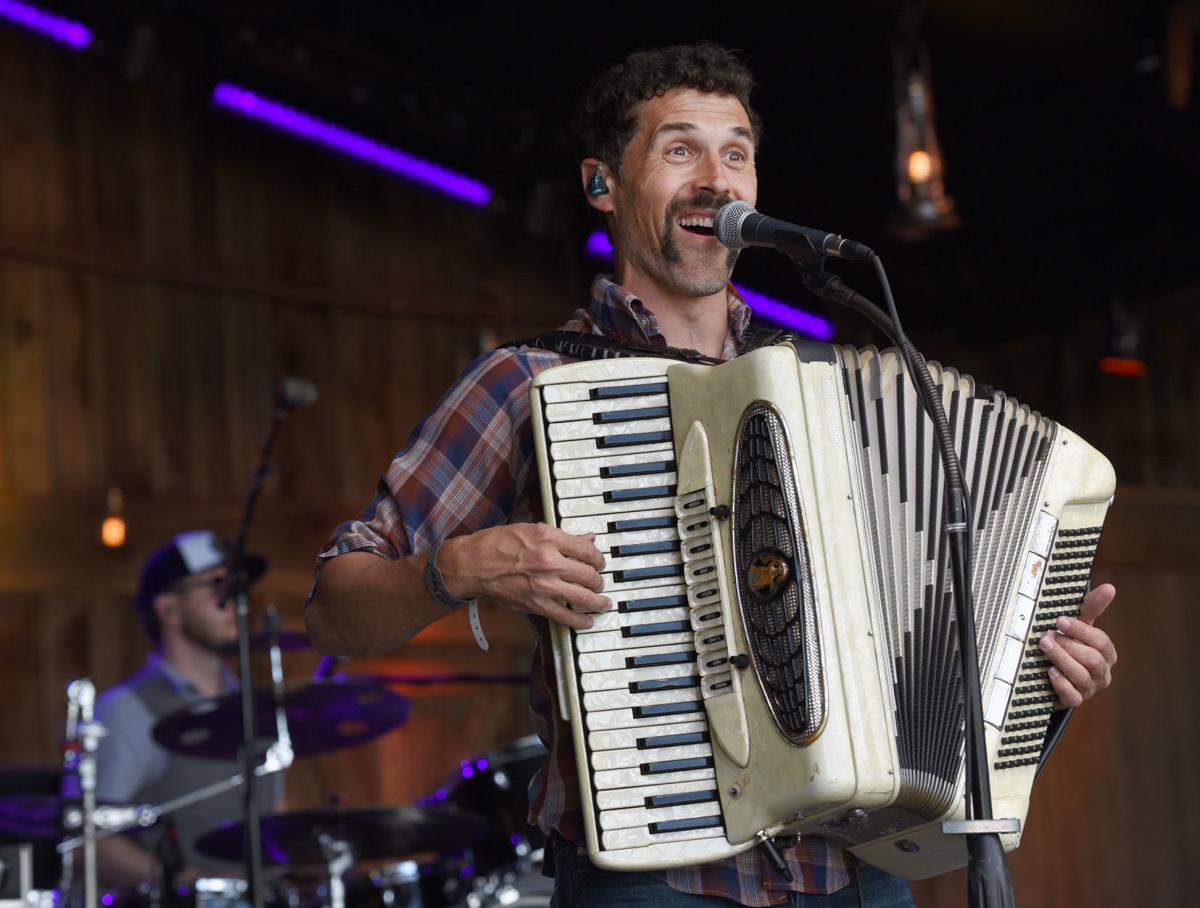 Scythian Danylo Fedoryka sings and plays accordion on the Watson Stage at MerleFest in 2019 at Wilkes Community College in Wilkesboro. 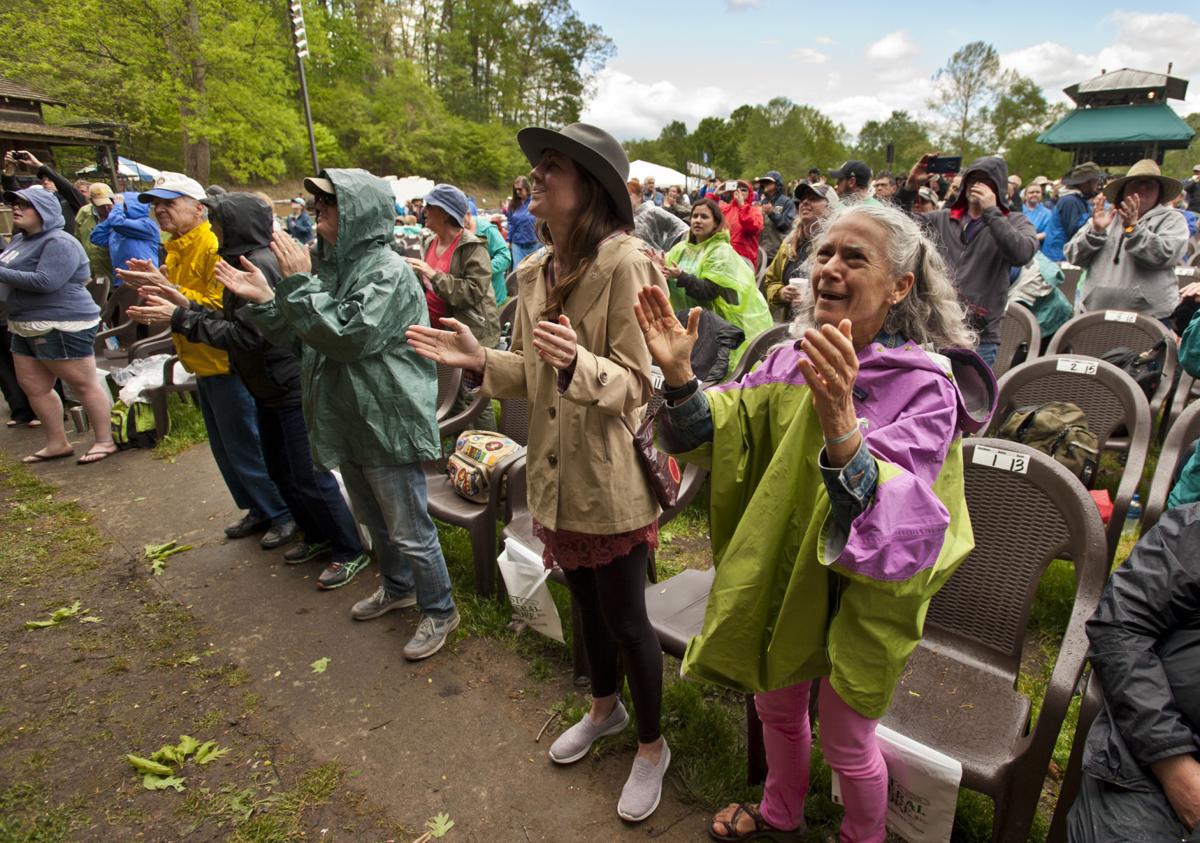 Kathy Merritt (right) and Allie Goldman clap with the crowd to the music on April 26, 2019, at MerleFest at Wilkes Community College in Wilkesboro.

Cancelled because of the pandemic in 2020, Doc Watson’s one-time pickin’ party on the campus of Wilkes Community College will run from Thursday to Sunday, with a packed lineup that includes Margo Price, Sturgill Simpson, Melissa Etheridge, Mavis Staples, LeAnn Rimes and Tedeschi Trucks.

Some things will look the same. Sam Bush and Peter Rowan will be there as they are every year; Tony Williamson will lead Mando Mania; and The Waybacks will rip through a classic album on the Hillside Stage, the name of which they will keep a secret until the opening chords.

But there will be big, noticeable changes, all in the name of keeping artists, festival-goers, staffers, volunteers and the entire community safe.

Festival-goers will wear “well bands” as a sign that they’ve shown proof of being fully vaccinated or tested negative on a COVID-19 test within the past 72 hours.

Many kids’ activities will be canceled this year because of the high number of kids infected with the virus. The food vending tent will be set up in a way to prevent crowding and people will be required to wear masks indoors, including on shuttle buses.

“We want this to be a successful event, but we want it to be safe,” said Ted Hageman, the director of MerleFest said. “And the way for it to be successful is if we keep it safe.”

Back in August 2020, bumping the festival to the fall of 2021, then returning it to its usual April slot in 2022, seemed like a genius idea. Organizers reckoned that the country would have the COVID-19 pandemic under control thanks to a promising vaccine on the horizon.

The delta variant, coupled with a sluggish vaccination rate, only fanned the flames of the pandemic, and the number of COVID-19 cases and hospitalizations are now reaching January levels.

Organizers consulted with local and state health officials to figure out a way for 80,000 people from around the world to safely come to Wilkes County, which has one of the lowest vaccination rates in the state.

“Then we started getting calls from artists,” Hageman said.

“There were cases of, ‘We’ve got to have this or we can’t come,’” Hageman said of artists demanding increased safety protocols. “Now, it’s the industry standard.”

The vaccination or negative test mandate was announced in August.

Though not all folks in Wilkes County agreed with the protocols, organizers heard from enough artists to mandate them.

“Without artists, there’s no festival. We decided to bite the bullet on that,” Hageman said.

Some volunteers have quit, but most say they will abide by the safety protocols, he said.

Canceling the festival for a second year in a row could have had devastating consequences for the region. MerleFest is the largest festival in Wilkes County and has a $12 million economic impact in northwest North Carolina. In addition, countless churches, community groups and nonprofit organizations rely on money they make in the food vending tent to fund programs.

“Our hotel market has about 285 to 300 rooms at max, and you’re talking 80,000 people, so it has an impact on surrounding counties as well,” said Thomas Salley, president of Wilkesboro’s Tourism Development Authority.

“I’m all for safety protocols. Anything that will allow us to play music at this moment is good,” Troop said. “What we want to avoid are tour cancellations, which really screw up our personal economies. I’m just glad the festival is going through with it. I know it’s a lot more work for the festival to do it, but yeah, it’s a pretty logical thing to do.”

Salley also applauded festival organizers for taking a stand in the name of safety.

“We need the festival, but I appreciate the fact that they’ve taken on being a leader, not just in the community but in the music industry by saying, ‘Hey, here’s what we’re doing.’ How long can we sit at home and twiddle our thumbs?” Salley said.

So how many people will make the journey to Wilkes County during a pandemic? And how many folks may stay away because of the safety protocols?

“That’s the $10,000 question,” Hageman said. “When we first announced the lineup, our ticket sales really shot up and have been very good. We’re still selling tickets, even today. It’s maybe dropped off a little since the delta variant came into play. But we’re planning for a very good crowd, especially since we put in the protocols.”

Information: merlefest.org or download the MerleFest '21 app for smartphones

More: Parking and shuttle services are free. No alcohol, smoking or vaping. No personal tents, canopies or chairs that block others' view. No pets. Low chairs and blankets are allowed.

Lydia Salett Dudley tells her students to walk around. This isn’t a social studies class, she says, you don’t have to sit still.

Michaela Ruzzeddu (left) and Emma Dragan of Chapel Hill dance in the crowd on April 26, 2019, at Merlefest at Wilkes Community College in Wilkesboro.

Mavis Staples will perform at the 2021 Merlefest in Wilkesboro.

Scythian Danylo Fedoryka sings and plays accordion on the Watson Stage at MerleFest in 2019 at Wilkes Community College in Wilkesboro.

Kathy Merritt (right) and Allie Goldman clap with the crowd to the music on April 26, 2019, at MerleFest at Wilkes Community College in Wilkesboro.